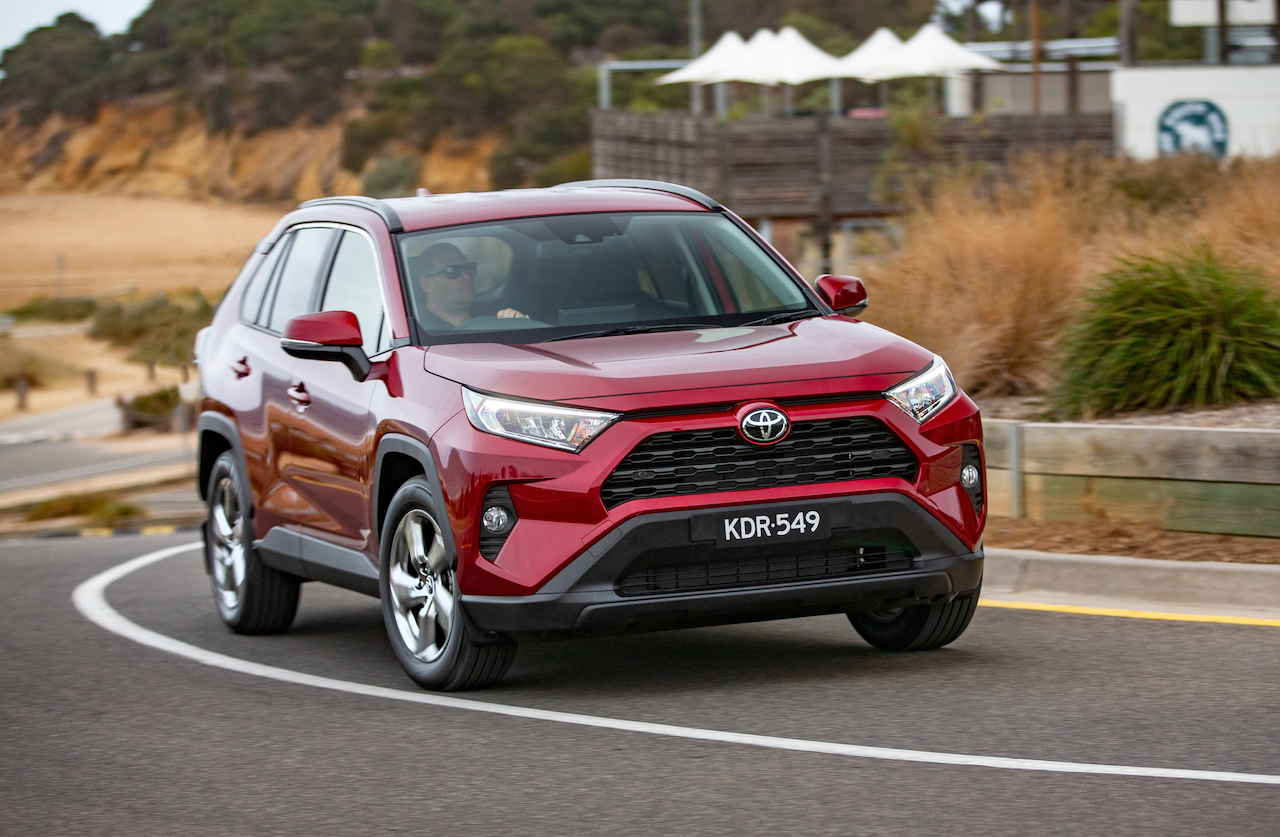 The Australian Federal Chamber of Automotive Industries has released VFACTS new vehicle registration figures for August 2021, and it looks like the numbers are continuing to rise and recover. 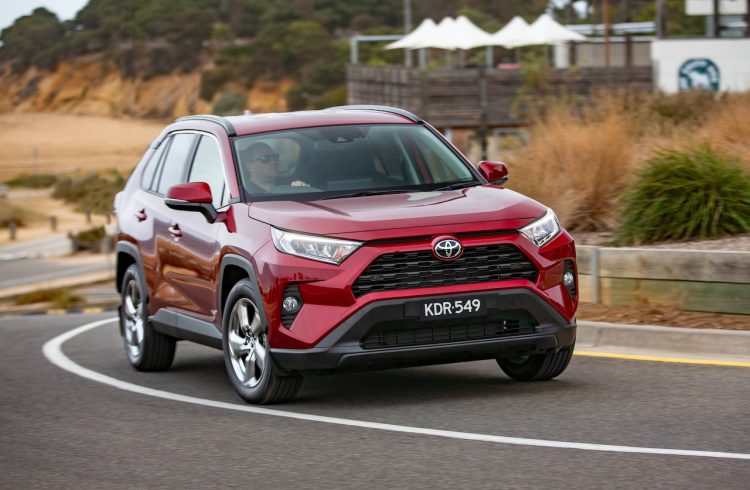 Australian consumers snapped up 81,199 new vehicles during August, according to the figures. Compared with August last year, that’s up 33.1 per cent. Granted, last year we were all going through the first and second waves of COVID-19. Across the first eight months of this year (YTD), the figure is also up, 27.2 per cent.

As usual, the strongest demand came from consumers in NSW. However, with greater Sydney currently experiencing strict lockdowns, Victoria came very close to reporting the highest figures across all states and territories. NSW contributed 21,794 sales (down 7.0 per cent on August 2020), and Victoria added 21,167 units (up 153.6 per cent).

Toyota, once again, was the most popular vehicle brand in terms of sales in August. It reported 19,959 units, which is up 24.6 per cent year-to-date. For the month of August, the figure is also up 60.3 per cent on last year.

In the top 10, Kia has overtaken Mitsubishi and Ford for third spot from the previous month of fifth position. Hyundai also leapfrogged Mitsubishi for fifth, while the remainder of the list stuck in their positions from July.

See below for the top 10 best-selling vehicle brands overall in Australia during August 2021. The figures in brackets are from the previous month.

In the premium brands lineup, Mercedes-Benz remains at the top. Although, like most in this top 10 the Stuttgart-based carmaker saw a drop in figures compared with July. Mercedes sales in August are also down 7.7 per cent compared with August last year, but up 7.6 per cent YTD. BMW continues as second favourite, with its figure up 11.6 per cent on last August, and up 16.6 per cent YTD. Audi’s figure is up the most, at 13.4 per cent and 20.7 per cent, respectively.

Further down we see Lexus and Volvo have overtaken Land Rover for fourth and fifth spots, and Alfa Romeo jumps back into 10th and kicks out Genesis (50) in the process. See below for the top 10 best-selling premium car brands in Australia during August 2021:

The Toyota HiLux continues on as the most popular new vehicle on the market, and in August it was further ahead of its arch nemesis, the Ford Ranger. Usually we see more utes in the top 10 but for August, it’s just the three, with the Isuzu D-Max. Instead, the majority are SUVs. In fact, five of the top 10 are SUVs, and just two are regular passenger cars.

In terms of movements in the top 10, the Toyota RAV4 is shifting its way back up the ranks. It has been suffering big delivery delays in recent times, but it seems some shipments landed in August. Its big brother, the Prado, also jumped up to fifth spot. With the Corolla in third, Toyota makes up four positions in the top five. Further down, the MG ZS has moved into ninth, for August, and the Hyundai i30 jumps up from eighth in July to seventh, perhaps as the new i30 N arrives. The top 10 best-selling vehicles in Australia during August 2021 were as follows: 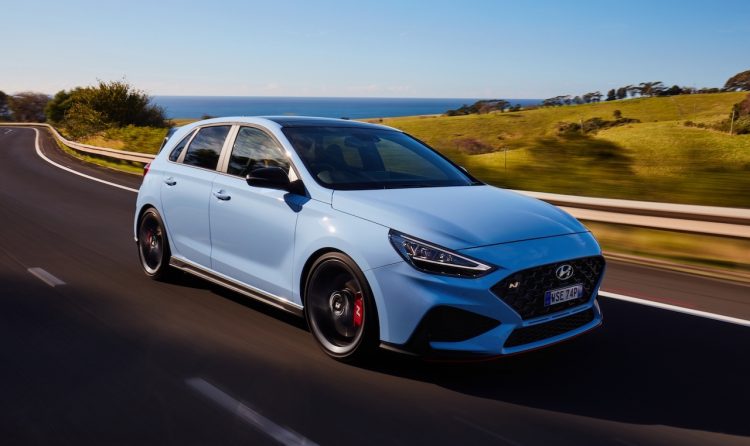 Some contenders in this class took a hit in August, while some at the top saw a spike, compared with July figures. For example, Corolla sales jumped by around 1000 units, while Honda Civic sales plummeted from 241 in July to 80 in August. In fact, Civic sales have dropped 67.2 per cent for the month of August over last year, and down 53.5 per cent YTD. This could be a sign of the new model on the horizon – it’s scheduled to arrive during the fourth quarter.

Premium small cars were led by the Mercedes A-Class yet again. Although, its figure is down 36.7 per cent on last August and down 33.3 per cent YTD. Conversely, BMW’s 1 Series experienced a 7.9 per cent jump on August sales from last year, and is up 18.2 per cent across year-to-date.

Segment sales topped 631 units in August, down 42.3 per cent on last year. That also added to a YTD decline of 21.7 per cent. The top five best-selling vehicles in the class during August 2021 were as follows: 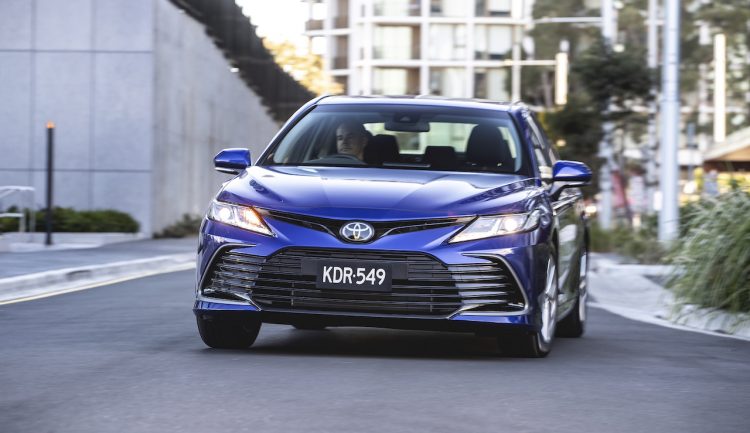 In the humble mid-size sedan class we see the Toyota Camry posted some decent figures, jumping up from around 900 units in July to about 1400 in August. We guess the start of a new financial year in July may have dampened the numbers, especially as the Camry is popular among fleet buyers and other businesses.

The BMW 3 Series has posted top sales once again in this class, with its figure up 45.7 per cent on last August and up 29 per cent YTD. No doubt that will soon change with the arrival of the new Mercedes C-Class which is set to land locally later this year.

Lexus IS sales have dropped off a bit from July, and we guess sales could fluctuate over the coming months since Lexus Australia confirmed the model line (with the RC and CT) will be killed off from November. Mercedes CLA sales topped C-Class sales, and the Audi A4 rounded out the top five.

Overall class sales for the month hit 735 units, which is down 7.3 per cent on last August, and up 15 per cent across YTD. The top five best-selling vehicles in this class during August 2021 were as follows: 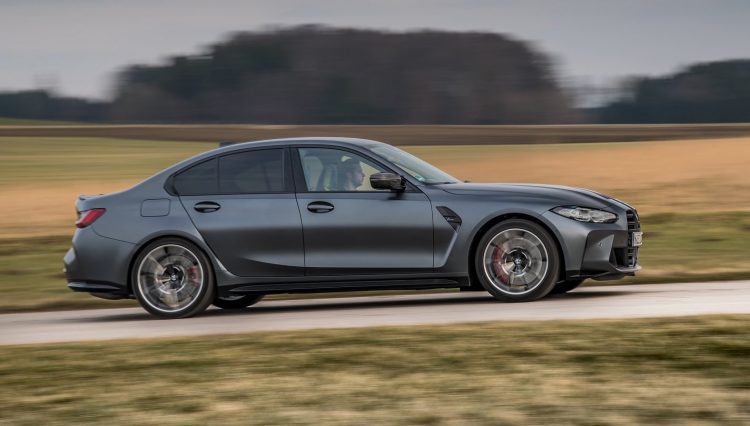 The Kia Stinger has bounced back a bit after a pretty poor result in July. But whatever happens, this segment is fast-dwindling out and will soon become a figment of imagination, unfortunately. Sales in this class, made up of just two vehicles, hit 155 in August. That’s down 43.8 per cent for the month, contributing to a 26.2 per cent drop YTD. The only vehicles listed in this class in VFACTS for August 2021 reported the following figures:

Moving up a peg, and the premium class isn’t doing much better. Overall segment sales topped just 156 units, but that’s spread across 12 listed models in VFACTS. The Mercedes-Benz E-Class led the way in August, overtaking the BMW 5 Series from July. Audi A6 sales are hanging in there, while Porsche Taycan sales seem to be dropping off a little, perhaps following the initial burst of its arrival.

That segment tally of 156 is up 12.2 per cent for August, and up, surprisingly, 48.9 per cent YTD. The top five best-selling vehicles in this segment during August 2021 were as follows:

Into the fun stuff and it’s the Ford Mustang that attracts the most buyers overall so far this year, for sports cars. But the iconic muscle car wasn’t the best-seller for the month of August. That went to the BMW 4 Series. And that’s not necessarily because of high sales, but more about low sales of the Mustang. The BMW 2 Series topped the entry class for August, but it was the Nissan 370Z that deserves most of the spotlight, jumping right up in August.

Combined segment figures topped 209 units in August, which is down 41 per cent on last August, and down 5.6 per cent YTD. The top five best-selling vehicles in this segment during August 2021 were as follows: 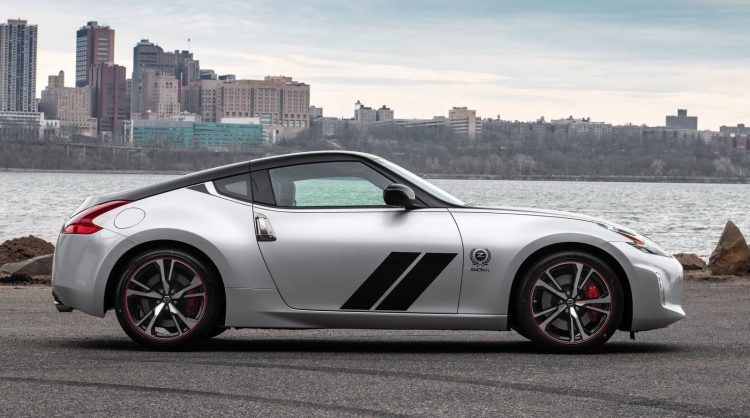 As mentioned, the BMW 4 Series topped the overall sports car market, but its sales were down on July figures. Further down the list and the Mercedes E-Class two-door and Lexus RC have matched efforts for fourth spot, while the Porsche 718 Cayman remains in fifth from the previous month.

Sales in this class topped 221 in August. That’s down 0.9 per cent compared with last August, but up 18.5 per cent across YTD. The top five best-selling models in this segment during August 2021 were as follows:

Into the elite sports car class and we see the Porsche 911 remains as the majority favourite. Sales are down 8.0 per cent for August, but year-to-date, things are onward and upward at 8.6 per cent. Ferrari sales are still pushing strong, for such an exotic car brand, with Bentley matching for second place in August.

Class sales hit 95 units, and that’s up 1.1 per cent on the month, but contributes to a decline of 7.2 per cent across YTD. See below for the top five best-selling vehicles in this class during August 2021:

We’ve seen a number of big launches in this space in the past 12 months of so, with some brand-new models entering the scene and some major refreshes. Even so, the Toyota HiLux just keeps kicking goals. Further down the list, we see the Mitsubishi Triton fell right back in August, to seventh spot, while the VW Amarok jumped into fifth. This is likely as the new Walkinshaw variant hit the scene.

Over in the 4×4-exclusive ute segment, everyone remained in their positions from July aside from the LDV T60. It jumped up one position and into second spot. The Jeep Gladiator and SsangYong Musso missed out on the top five. The top five best-selling 4×4 utes during August 2021 were as follows: 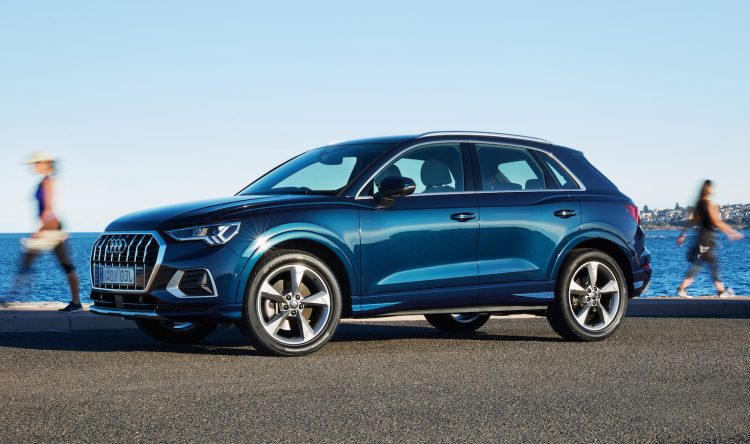 SUVs are fast-becoming not only the predominate choice, but the only choice for the majority of buyers. We see this with our reviews. Every week we try to provide a good mix of vehicles in our videos but it’s becoming quite difficult to review a new car that isn’t an SUV. Well, in some price ranges anyway.

The best-selling SUV for the month was the Toyota RAV4, with 3169 sales. That’s up 4.8 per cent across YTD, but down 34.3 per cent for the month of August. The Audi Q3 was once again the best-selling premium SUV for the month, reporting 404 sales (up 76.5 per cent YTD). Interestingly, for the first time in… ever (probably), the Nissan Patrol overtook the Toyota LandCruiser for monthly sales. That’s likely because the 200 Series is just about to be superseded by the 300 Series.

The top five best-selling SUVs in all segments during August 2021 were as follows:

Total new vehicle sales in Australia in August were down on July 2021 figures. During August 2021, Australian consumers bought 81,199 vehicles according to VFACTS, as mentioned, compared with 84,161 in July. Overall sales for the month are up 33.1 per cent compared with August 2020, and up 27.2 per cent year-to-date.