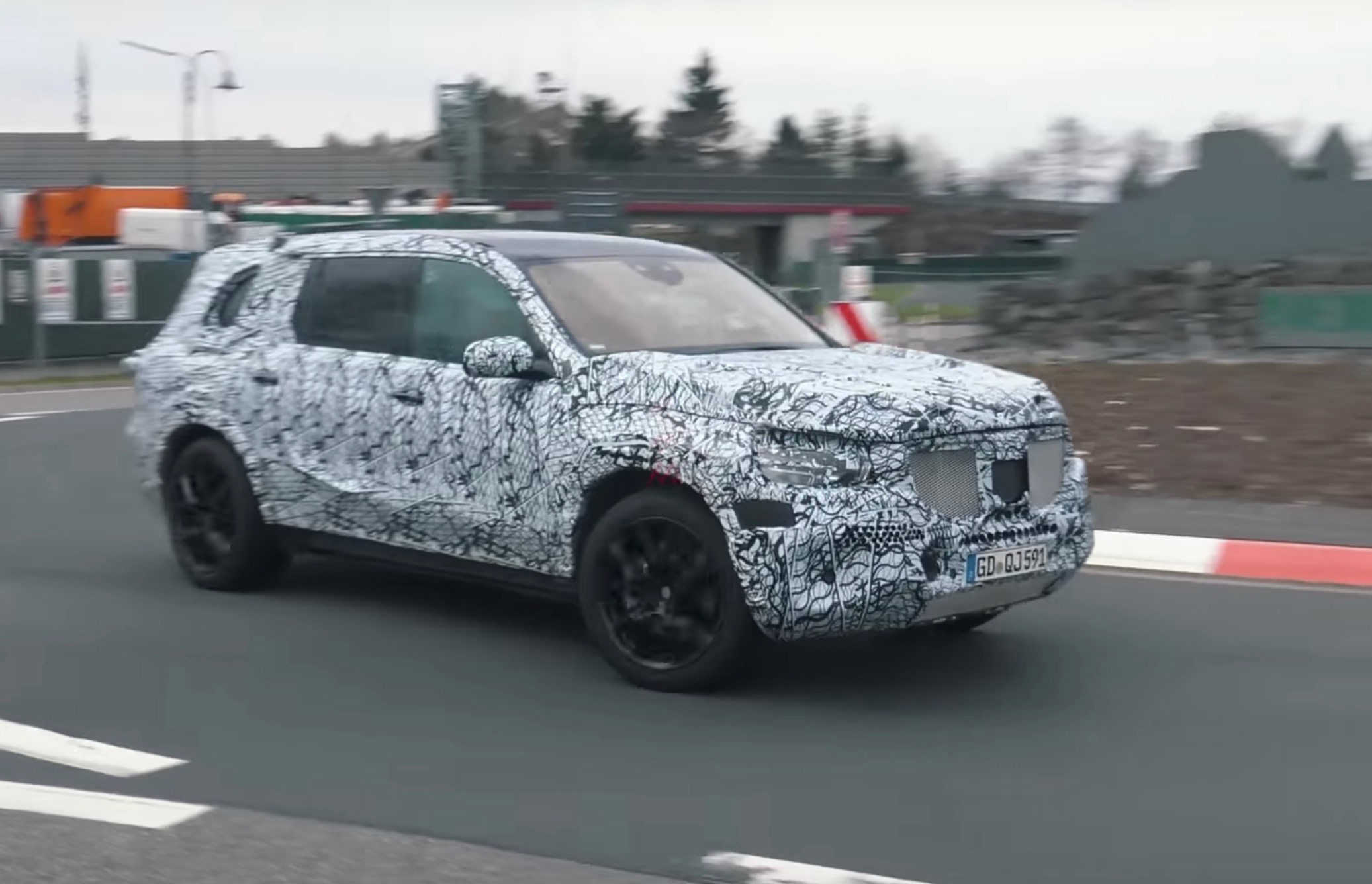 Mercedes-Benz has been spotted testing the next-gen (X167) GLS at the Nurburgring in Germany, sporting heavy cladding which tries to conceal the curvy new-look body. Underneath though, it’s all new. 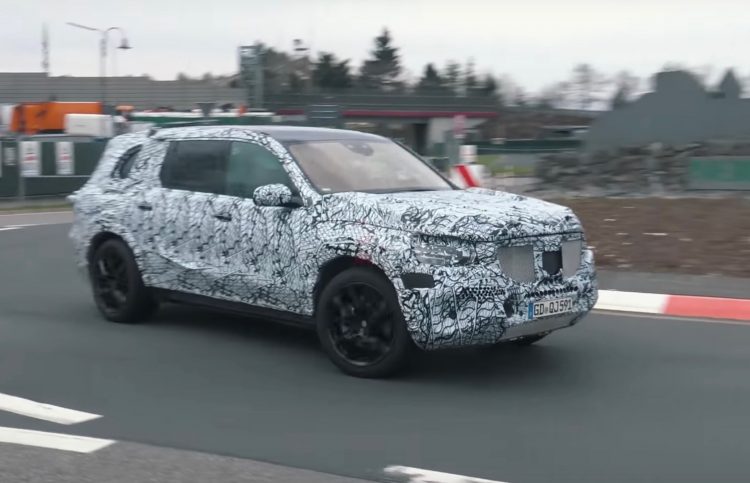 The current, second-gen GLS has been on sale now since 2013, although it shares the same platform with the first-gen model from 2006. So, it’s about time the German marque introduced a new version. Testing and development is well and truly underway, with this prototype wearing less cladding than we’ve seen before, even though it is still very disguised.

We don’t get a good look at the exterior design but you can make out some details. At the front you can just see the new-look headlights with LEDs running across the top, while the wheel arches seem to be supported by an elegant flourish that connects the front and rear. At the back it appears to go for a much more rounded and softer approach, with the pillars pinched somewhat at the top compared with the almost square rear end of the current model. 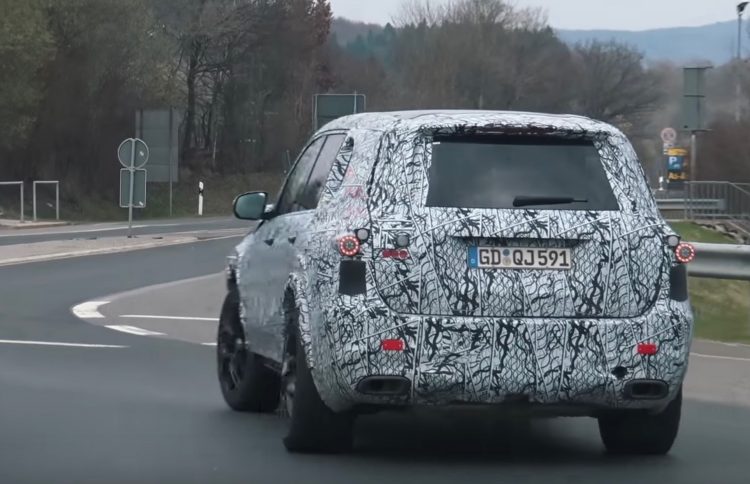 Underpinning the new model will be Mercedes’s new MHA platform. This, Modular High Architecture, is expected to debut with the new GLE large SUV this year, but is also set to be used for the GLS which is set to arrive next year.

With the new platform we can expect slightly larger overall dimensions accommodating more passenger space and practicality. Perhaps more importantly though, the new platform is set to help shave some weight from the extra-large SUV.

Reduced weight could help with everything from improved performance across the range, better on-road handling, and increased efficiency. Of course, the new model will probably introduce some advanced new tech, such as autonomous-ready driving aids, which could add weight, potentially bringing it back up to some degree.

Powertrains are likely to include the new M256 straight-six turbo and the M176 4.0-litre twin-turbo V8. A plug-in hybrid will no doubt be offered, maybe paired with the new inline six, with mild hybrid tech for all. All will probably adopt the latest 9G nine-speed auto as well.

Given that this prototype is still quite heavily camouflaged and wearing lots of fake body add-ons, we don’t expect a full debut until at least much later in the year, with sales kicking off in 2019. Check out the video below, provided by YouTube channel Automotive Mike, for more of a look.