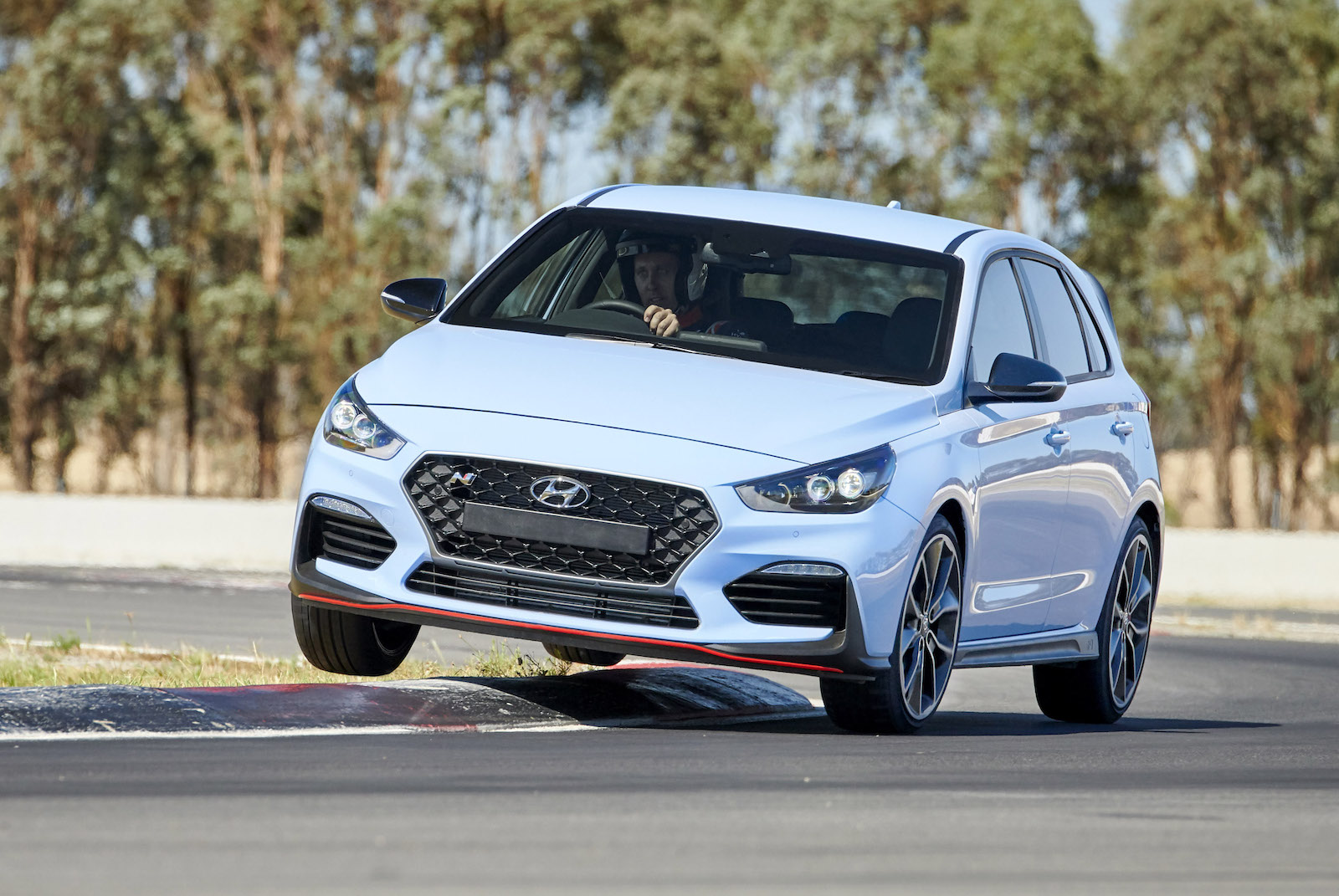 The hot hatch segment is about to be rattled with the introduction of the all-new Hyundai i30 N. It comes in as Hyundai’s first-ever dedicated performance model – under the N brand – and its first proper attempt at the hot hatch segment. 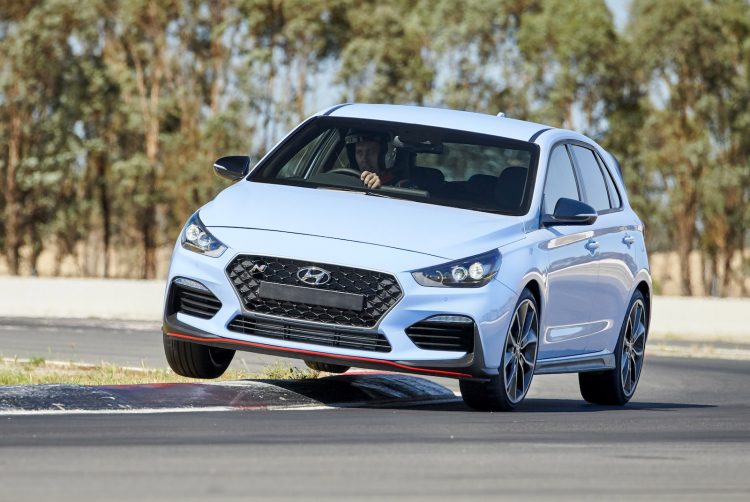 Due to arrive in Australia in April – media launch event currently underway (full review coming soon) – the i30 N is based on the latest i30 only almost every area of the car has been tweaked and stretched to provide maximum driving fun, for any day of the week and on any sealed road.

Hyundai Australia had major input in the tune of the local spec version. In fact, the i30 N that we receive here is bespoke to any other i30 N around the world. Two testing stints took place at the Nurburgring followed by another on Australian roads to find the most suitable setup for Australian conditions. This meant going through countless suspension setups and testing different bits and pieces to find the ideal balance between comfort, composure and capability, specifically for Australian roads.

Mainly, Hyundai says it’s not quite as firm here and there is a smidge more body roll compared with the ‘global tune’. But it isn’t set to detract from the driving fun in any way. Hyundai has said from the beginning that the i30 N isn’t about setting lap records, but more about driving fun.

To reiterate how much fun you can have, or how much fun Hyundai encourages you to have, the i30 N will come with warranty that covers track use, as standard. Yep, it means you can attend track days and you won’t have to remove the number plate anymore. Hyundai Australia says as long as you aren’t driving at any sort of competition capacity or at a timing event, the regular five-year/unlimited kilometre warranty still stands. You can even fit super-sticky track tyres on and it won’t affect the warranty. Servicing intervals are also unchanged from the regular i30 range, at every 10,000km/12 months. 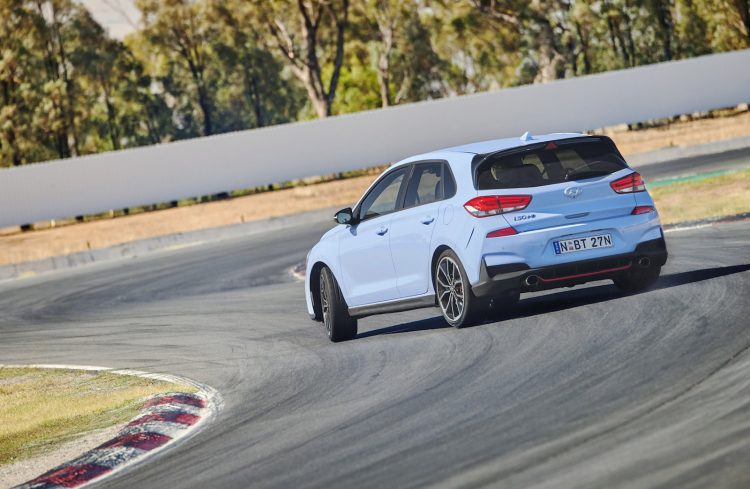 That’s a pretty big statement in terms of reliability and the trust it has in its car. And it’s not like it’s not a highly-strung vehicle. As we already know, power comes from a potent 2.0-litre turbo-petrol four-cylinder engine producing 202kW and up to 378Nm (on overboost) – it’s one of the most powerful hot hatches in this price range. This is sent through a six-speed manual (eight-speed dual-clutch auto coming in the next year or so), and into a tight front-wheel drive system via an electronically-controlled mechanical limited-slip differential.

Hyundai claims 0-100km/h comes up in just 6.1 seconds, and there is a launch control feature – don’t worry, we will be doing our usual 0-100km/h test to find the real-world time for you as soon as possible. Engineers have hinted it might actually do it a bit quicker than 6.1 with careful testing. We’ll have to wait and see. 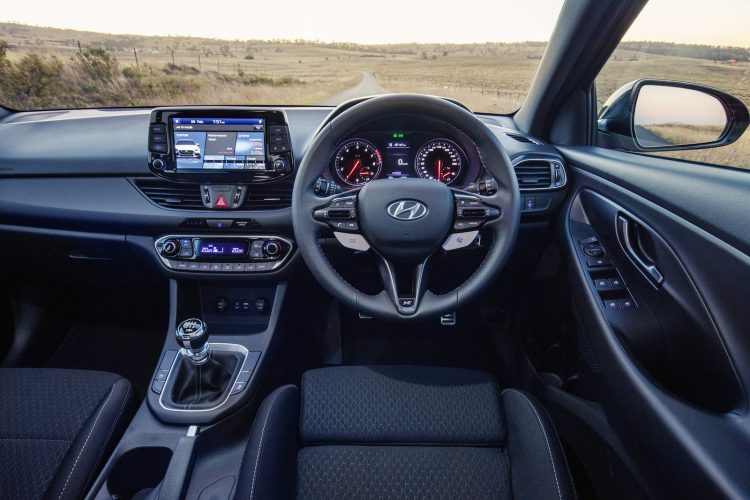 Drivers have a number of driving modes to select from, including two N modes with a custom mode allowing you to choose between various elements individually. There’s also an 8.0-inch touch-screen media interface with Apple CarPlay and Android Auto, autonomous emergency braking, and plenty of other creature comforts that you’d expect from a top-line i30.

For now Hyundai Australia is offering just the one variant but later down the track a 184kW version is set to be offered. It won’t come with some of the more hardcore performance features such as the LSD, but the price is expected to drop below the $36,000 mark. As it stands, the 202kW version will retail from $39,990.

PerformanceDrive will be doing everything we can to try and put together some sort of 0-100km/h video for you while at the launch event this week. There’s also going to be an opportunity to get onto Winton Raceway where we hope to put together a track test or hot lap video as well. We will of course go over the finer details of the car in the review as well. It’s all under embargo until March 29. Stay tuned.