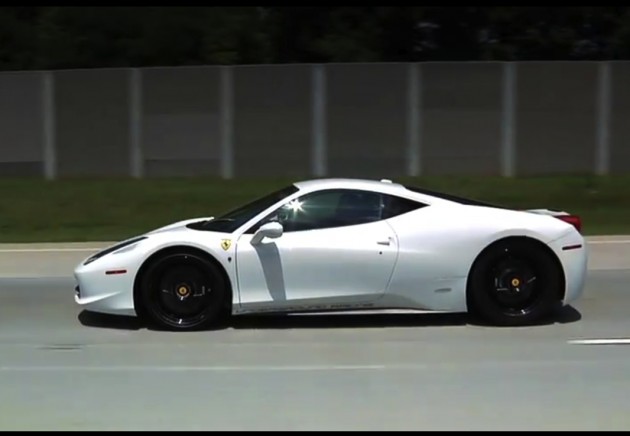 Underground Racing calls it the Stage 1 kit which includes two turbochargers mounted onto the practically standard 4.5-litre V8 Ferrari engine. In stock form, the direct-injection engine pumps out 419kW at 9000rpm and 540Nm at 6000rpm.

Click play on the video below for a demonstration of how it all goes. (The first half of the video is a bit boring, but it gets better, don’t worry.)