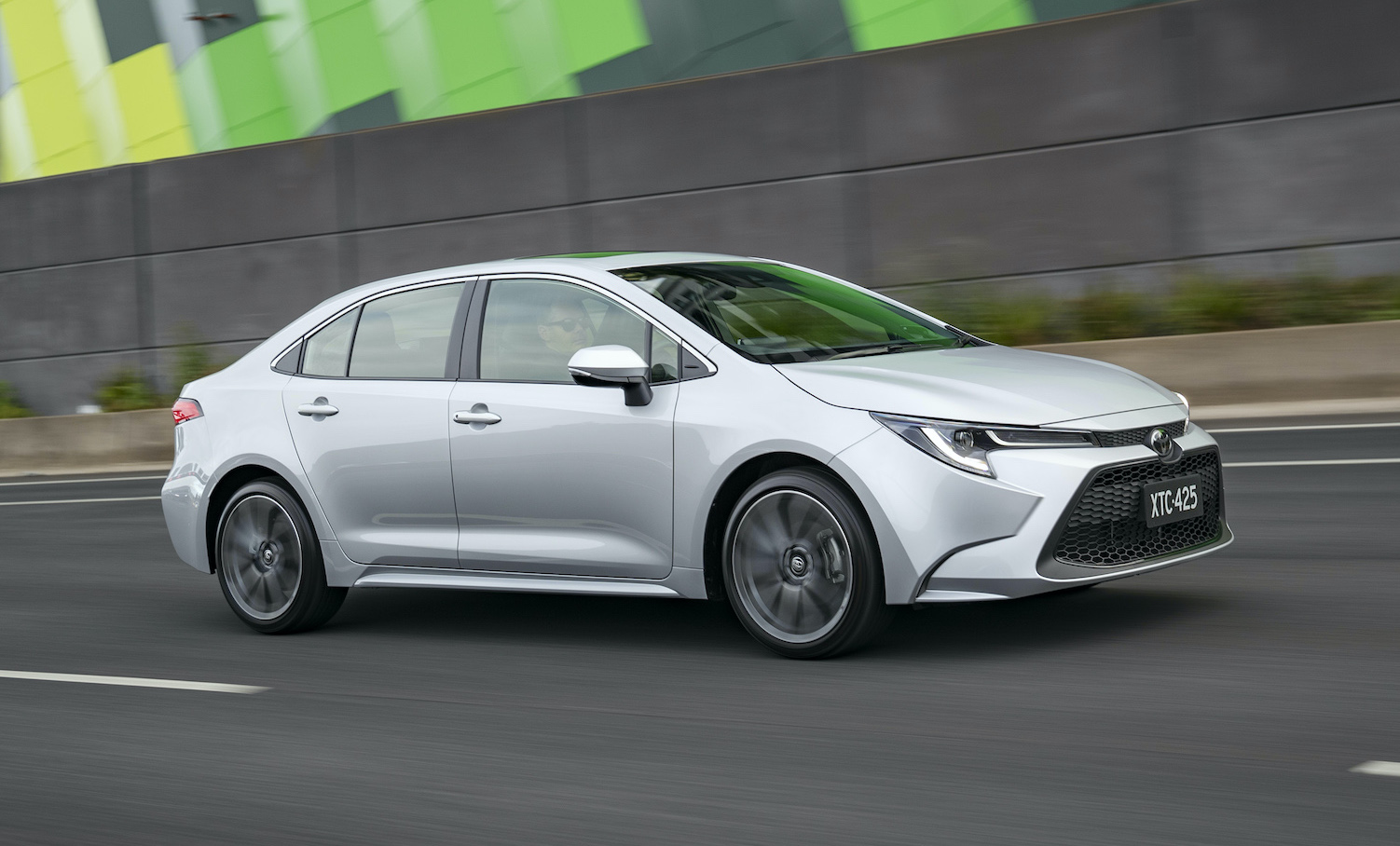 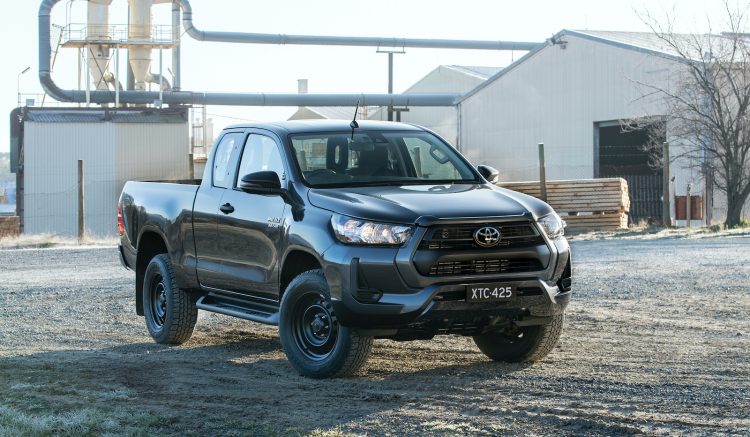 During July 2021, 84,161 new vehicles were registered (we’ll call them sales) in Australia. That’s up 16.1 per cent on July last year. Although, that’s perhaps understandable considering there were significant lockdowns brought on by the COVID-19 pandemic back then. However, the monthly figure is higher than July 2019 as well, when 83,184 cars were sold. Year-to-date figures this year are up 26.5 per cent.

The biggest demand came from customers in NSW, again, but only just. It contributed 23,923 units (down 1.7 per cent on July 2020), only marginally edging ahead of Victoria‘s 23,445 contribution (up 34.1 per cent). We suspect NSW’s new lockdown caused some of this, coming into effect on June 26, while last year Victoria was in lockdown through July.

As for the best-selling vehicle brand? That’d be Toyota, once again. It reported 17,643 sales, which is up 13.8 per cent on last July, helping to see YTD figures rise by 20.6 per cent. In fact, year-to-date it has sold 136,596 vehicles. That’s more than Mazda and Hyundai combined, across the same seven-month period.

Mitsubishi has moved up from sixth spot to fourth compared with the previous month, leaving Hyundai and Kia to sixth and seventh positions. Further down, Isuzu has moved up to eighth spot (from tenth in June), and Nissan drops down to tenth.

See below for the top 10 best-selling vehicle brands overall in Australia during July 2021. The figures in brackets are from the previous month. 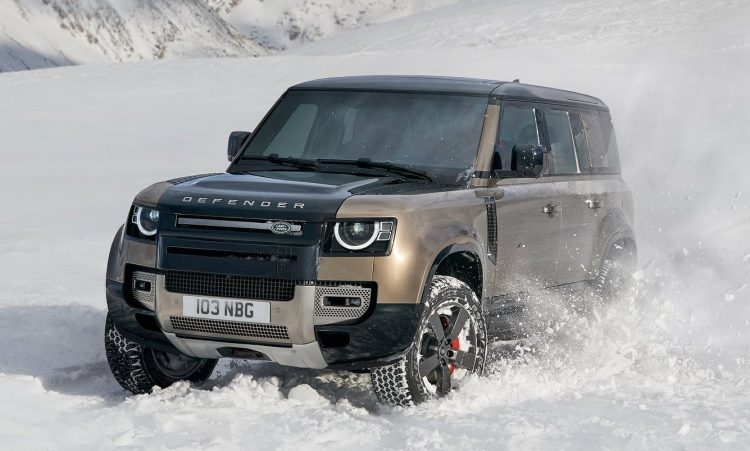 In terms of premium car brands, the top 10 standings remain unchanged from the previous month. Except, Land Rover moves up from sixth to fourth spot, and Lexus hurdles Volvo but remains in fifth due to Land Rover’s move. The popular German brands remain at the top three. See below for the top 10 best-selling premium car brands in Australia during July 2021:

We all knew it wasn’t going to last long, with the Ford Ranger being at the top in June. Yep, the Toyota HiLux is back in its usual habitat at the top spot for overall sales. Aside from the Ranger following not too far behind, there’s been a bit of a reshuffle of the top 10 in July. This was likely caused by a mad rush during the end of the financial year in June, to the start of a new one in July.

For example, the Toyota Corolla has moved right up from 10th spot to third spot. It was one of only two models to report an increase in sales compared with June in the top standings as well. We haven’t seen the humble hatch up this high for a while. The Mazda CX-5 remains in front of the Toyota RAV4, likely due to long delivery wait times for the RAV4, while the MG ZS moves in to round out the top 10. The top 10 best-selling vehicles in Australia during July 2021 were as follows: 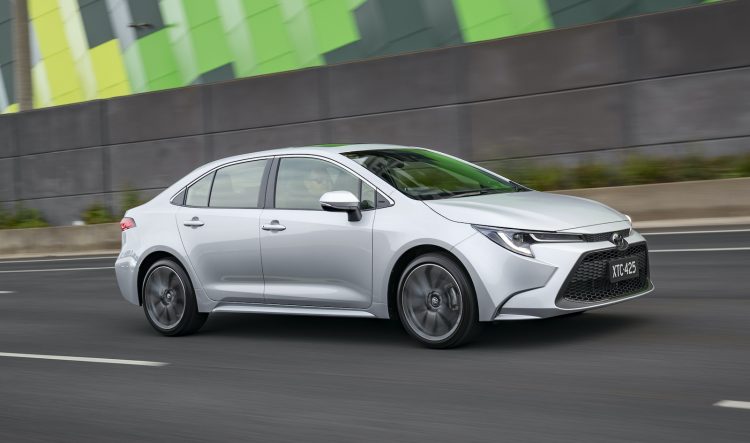 As we just saw, sales of the Toyota Corolla clearly spiked in July. So it’ll be no surprise to see it at the top here. It looks like the Hyundai i30 has overtaken the Cerato for second spot, while the Honda Civic and Subaru Impreza share sixth position.

Sales in this segment topped 8158 in July, and that’s down 4.9 per cent compared with last July and down 5.2 per cent across YTD. See below for the top 10 best-selling small cars in Australia during July 2021:

Over in the premium sector, the Mercedes-Benz A-Class continues at the top of the class. The top standings remain unchanged from the previous month, although, the gap between the A-Class and runner-up BMW 1 Series is narrower than before.

Overall sales in this segment reached 888 units. Things don’t look the best here, as this figure is down an alarming 29.5 per cent on last July. Considering we were all still near the peak of the pandemic back then, the numbers should be higher now. YTD figures are also down 19 per cent.

Our guess is buyers are moving to SUVs, as these models can be quite expensive; you can get yourself a decent SUV, even a medium-size one, for these prices. The top five best-selling vehicles in the class during July 2021 were as follows: 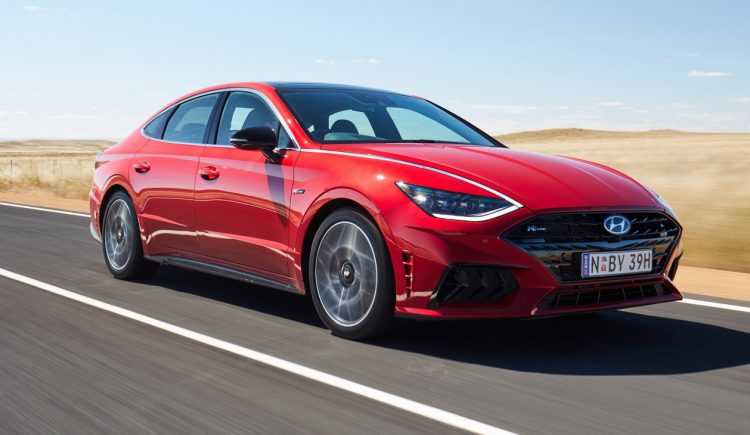 Speaking of wanting to see better days, the mid-size car class is trickling along and really only held together by the Toyota Camry. So far this year the Camry has made up 67.9 per cent of all sales in this class.

The new Hyundai Sonata seems to be glimmering a sign of hope, with its figures bucking the July trend and increasing on June efforts. Other than that, it’s all pretty grim.

The segment reported 1481 sales in July. That’s down 21.5 per cent on last July, and down 11.4 per cent YTD. The top five best-selling vehicles in this class during July 2021 were as follows:

Here we see the BMW 3 Series is still in the lead from the previous month. Well, it has taken the YTD lead too, from the Mercedes-Benz C-Class. So far this year the 3 Series has accumulated 2495 sales, just overtaking 2466 sales of the C-Class. In fairness though, there is a transition about to take place for the new C-Class – the current model is at the very end of its lifecycle.

Interestingly, sales of the Lexus IS, Audi A4, and Mercedes CLA are higher than the figures achieved in June. Segment sales for the month topped 991 units, up 1.4 per cent for the month and up 17.5 per cent YTD. The top five best-selling vehicles in this class during July 2021 were as follows: 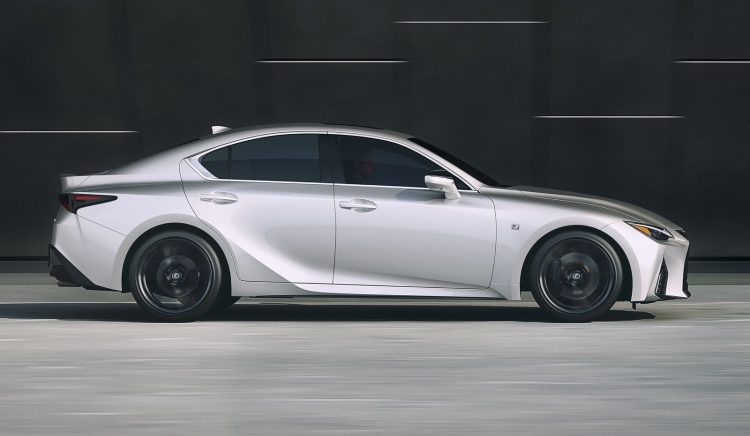 These took a big hit in July. Not even the alluring Kia Stinger could battle the storm. Stinger sales are down 70.6 per cent on last July, and that’s despite a refreshed model recently being launched. Delivery delays could be part of it, but we’ve also heard rumours Kia might axe the Stinger after this update due to lower-than-expected demand on a global level.

This segment, made up of just two cars, reported 102 sales in July. That’s down 70 per cent on July last year and down 23.7 per cent YTD. The only vehicles listed in this class in VFACTS for July 2021 reported the following figures:

Stepping up to the larger models, sales have also tanked compared with June. Again, this is partly understandable given it is the start of a new financial year. BMW led the way with its 5 Series, but the highlight is the Porsche Taycan. It’s showing definite promise, especially being at the upper end of the price spectrum for this segment.

Class figures for the month reached 194 units, which is up 16.3 per cent on last July, and up 53 per cent across YTD. The top five best-selling vehicles in this segment during July 2021 were as follows:

The unstoppable Ford Mustang struggled in July, although it maintains its position as best-selling sports car. Sales dropped 49.1 per cent compared with July last year. The Mazda MX-5 is hanging in there for second spot, and in fact its monthly figure is up 57.5 per cent on last year.

Overall, combined class figures topped 279 units in July. That’s down 48.5 per cent on last July, and down 2.2 per cent YTD. The top five best-selling vehicles in this segment during July 2021 were as follows: 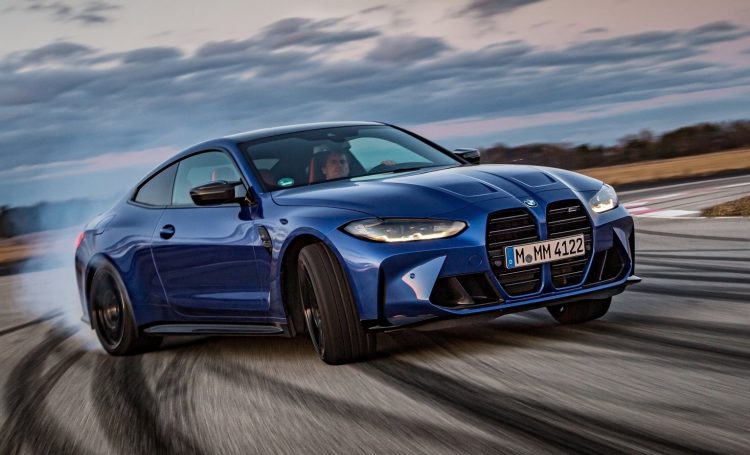 Moving up and the BMW 4 Series continues at the front. It’s had some time at the top now, perhaps as the new M4 builds popularity as well. The Mercedes C-Class is hanging in there, with a new model around the corner. Most of the other models in this class remained in their standings from the previous month, except the Audi A5 and Lexus RC matched, leaving room for the Porsche Cayman to join the top five.

Class sales hit 274 units in July, which is up 9.2 per cent on last July, and up 20.7 per cent across the first seven months of the year compared with last year (YTD). The top five best-selling models in this segment during July 2021 were as follows:

High-rollers in the top sports car category went for the Porsche 911 more than anything else – can you blame them? The iconic German sports car has reported 268 sales so far this year in Australia, up an impressive 10.3 per cent on the same period last year. The monthly figure is also up 37.5 per cent on last July, perhaps as new variants arrived in the past 12 months, such as the 911 Turbo.

This segment reported 96 sales in July, down 12.7 per cent on July last year and down 8.3 per cent across YTD. See below for the top five best-selling vehicles in this class during July 2021: 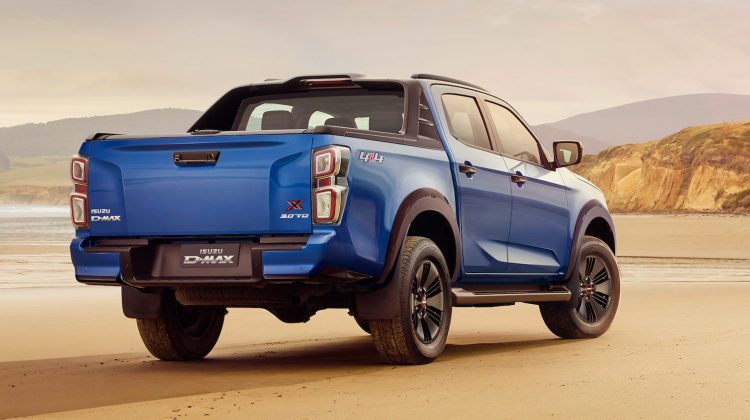 So, how about those utes? We know the Toyota HiLux is back at the front, with the Ford Ranger coming in second for the month. Aside from a switch in the top spot from the previous month, all other models remained in the same positions. All except the Great Wall Steed also saw a drop in figures compared with June. Again, understandable given it is the start of a new financial year.

In the 4×4-exclusive ute segment, again, the top standings remain unmoved from the previous month. The rugged LandCruiser 70 Series sits at the top, and actually posted higher sales than June, with the Great Wall Motors Ute running not far behind. The Jeep Gladiator (117) and new SsangYong Musso (157) just miss out on the top five. The top five best-selling 4×4 utes during July 2021 were as follows: 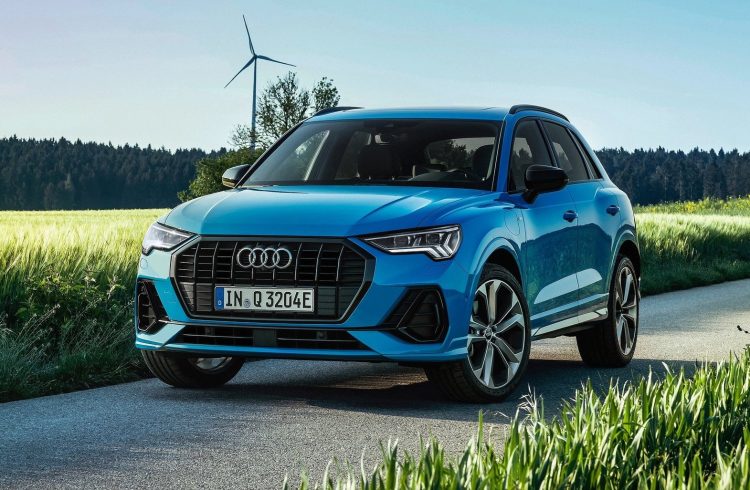 Into the ever-popular SUV segments. The Mazda CX-5 remained the best-selling SUV overall for the month, following on from June. We suspect the long delivery times for the Toyota RAV4, which has been selling like crazy in the last 12 months or so, has helped open the gate for the CX-5. In saying that, CX-5 sales are up 38.3 per cent for the month, and up 48 per cent across YTD. The Audi Q3 was the best-selling premium SUV for July (up 143.4 per cent on last July).

The top three best-selling SUVs in all segments during July 2021 were as follows:

Total new vehicle sales in Australia in July were down on June 2021 figures. During July 2021, Australian consumers bought 84,161 vehicles according to VFACTS, as mentioned, compared with 110,664 in June. Overall sales for the month are up 16.1 per cent compared with July 2020, and up 26.5 per cent year-to-date.