Toyota has sent out another teaser of the upcoming A90 Toyota Supra. This time we get a good understanding of the exhaust noise the sports car will produce, in six-cylinder configuration anyway. 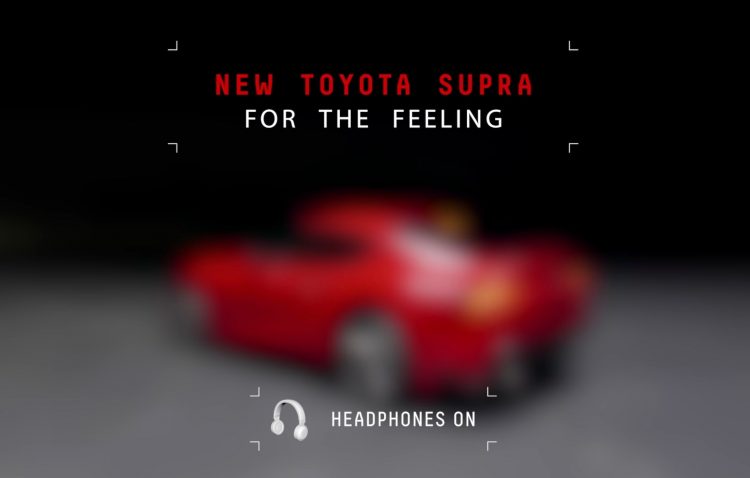 It’s all getting very exciting now as the debut is just a matter of weeks away. This has been a long wait for enthusiasts, especially as rumours of a new Supra begun years ago. Sports car and driving fans will be especially excited by the prospect of an inline six engine remaining up front, following tradition for the nameplate.

In the clip it looks like a production-spec example is being thrashing around some kind of car park or skid pan. The footage has no doubt been purposely blurred to conceal the design detail of the car, but it looks like it is fashioning a bright red exterior option.

What you’re hearing is a 3.0-litre turbo inline six, derived from BMW’s B58 unit that’s also used in the platform-sharing, all-new BMW Z4. Toyota hasn’t released specifics, but says the unit produces “over 220kW” and offers a 0-100km/h time of “under 5.0” seconds.

Other details that have been officially confirmed include an eight-speed automatic transmission feeding to an electric active differential. It’ll also offer a 50:50 weight distribution, Brembo brakes that promise a “state-of-the-art” pedal feel, optimised camber angles and stiff wheel bearings, and a set of Michelin Pilot Super Sport tyres.

Toyota Australia revealed yesterday that some local testing has been carried out right here in Australia. Toyota’s engineers from Japan headed over to fine-tune the Supra’s balance and stability on our roads to ensure it will live up to the lifestyles of its intended buyers.

All will be revealed at the North American International Auto Show in Detroit on (or before) January 14. Toyota Australia has confirmed the model will hit local showrooms in the third quarter of next year. Check out the teaser below for yet another reason to look forward to its arrival.