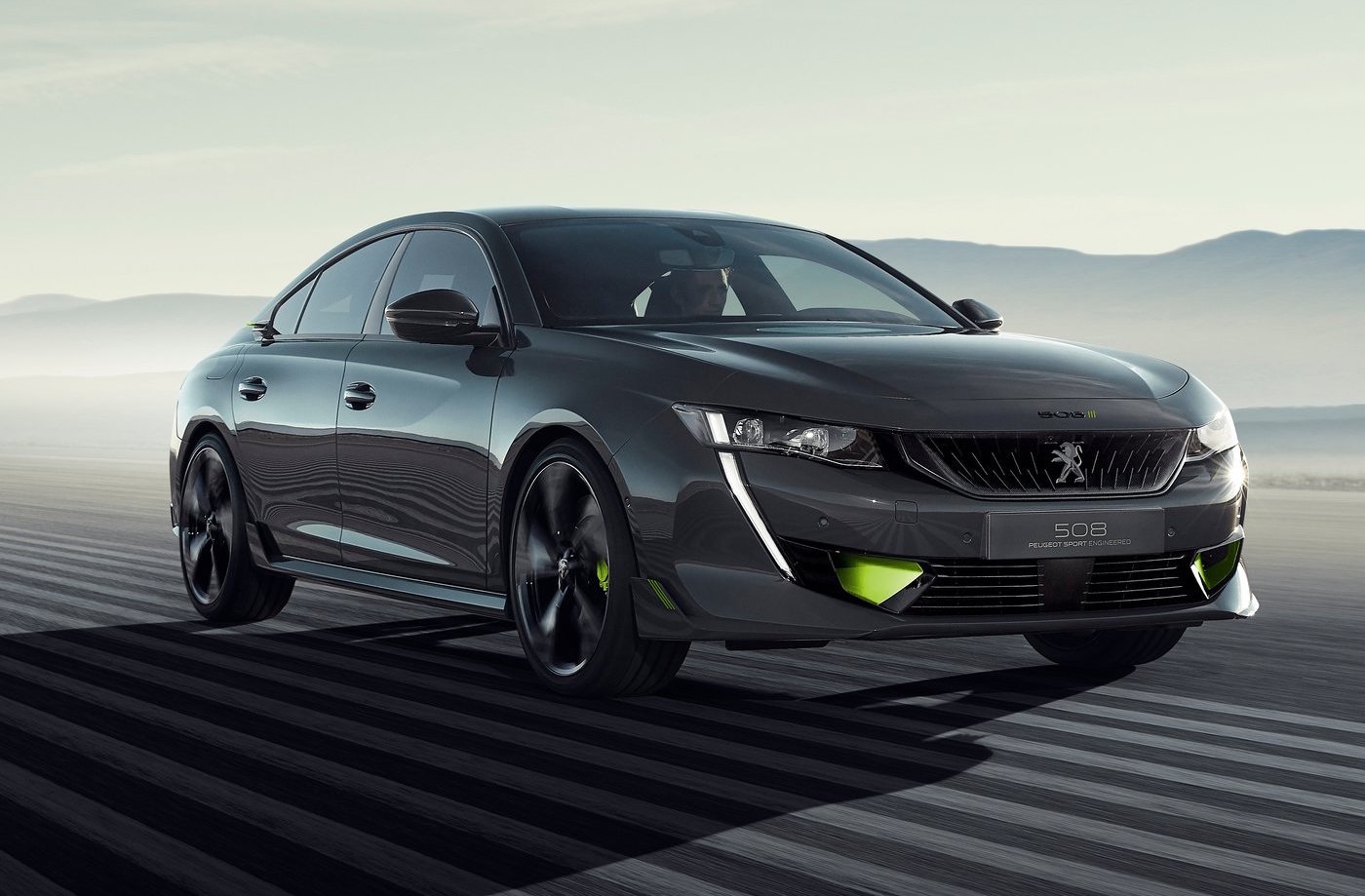 You might remember the story from yesterday about Peugeot getting ready to unveil a new electrified model at the Geneva show. Well, this is it. The 508 Peugeot Sport Engineered Concept. 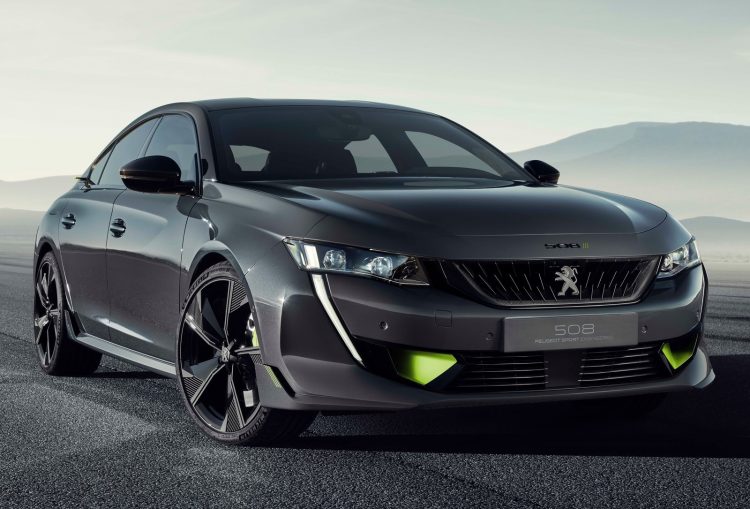 It might only be a concept, but it looks awesome. You could even think of it as a modern interpretation of the 505 GTi of yesteryear. Except unlike the 505, the 508 Peugeot Sport concept features a new hybrid powertrain. In fact, it’s an enhanced version of the 508 Hybrid powertrain.

Under the bonnet is a PureTech 200 petrol engine that produces 150kW. There’s also an electric motor that adds 82kW. If that ain’t enough, another electric motor is fixed to the rear axle that provides another 150kW. So, basically, it’s a 382kW car, which seems fitting with the racy design.

Across the tarmac Peugeot claims a 0-100km/h sprint takes just 4.3 seconds. The quarter mile is also impressive, with a claimed time of just 12.5 seconds. And it doesn’t run out of puff there, with the top speed mechanically limited to 250km/h. With these figures, the concept would go nicely up against some serious contenders, such as the BMW M3.

Being a hybrid means it is designed to be fuel efficient. Electric power comes from an 11.8kWh battery system which is able to provide a petrol-free driving range of 50km. There’s no mention of a combined cycle fuel consumption rating. Speaking about the powertrain, Jean-Philippe Imparato, Peugeot brand CEO, said: 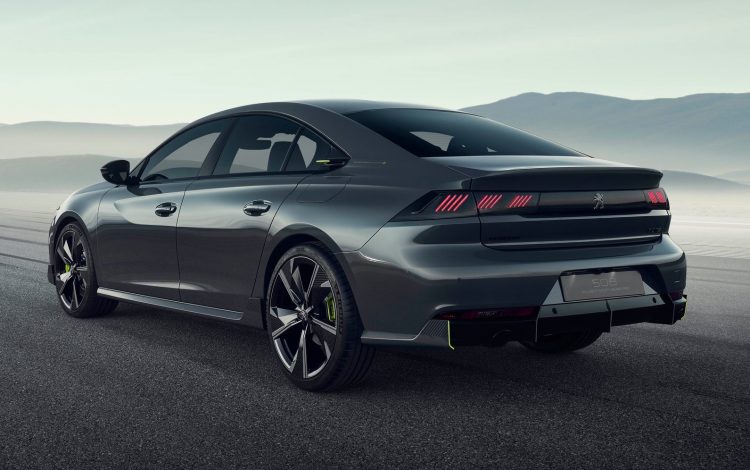 As for the design, it builds on the already-elegant new 508 styling, featuring a number of sporty garnishes. At the front is a sculpted spoiler integrated into the bumper bar, with big intakes at either corner, while the side profile is enhanced with matching skirts.

Around at the back there is no spoiler to be seen, helping to amplify a sleek look, but there is a diffuser element at the bottom for that aggressive stance. The body is then painted in a special “Selenium Grey” colour, and topped off with a set of 20-inch dark alloy wheels which are shaped to aid cooling.

Behind the wheels are a set of 380mm discs on the front clamped by four-piston calipers. Further within is a sports suspension setup, with sports dampers and increased track widths front and rear. At the front the track is spread 24mm, and 12mm at the back. 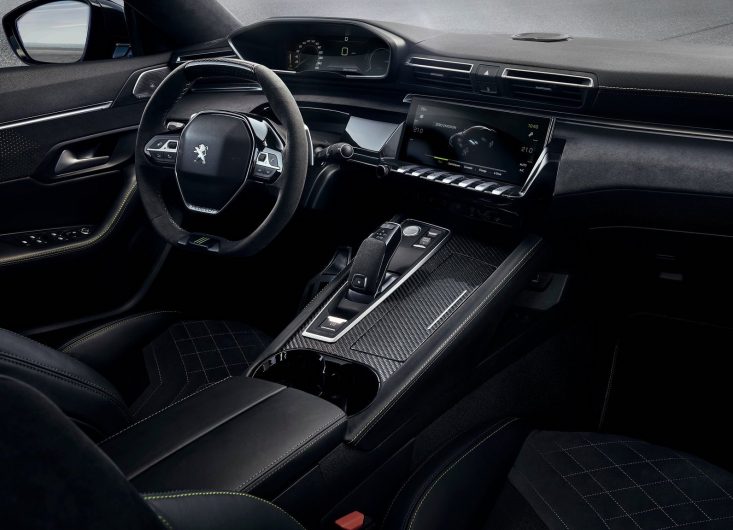 A similarly racy yet subtle theme is applied to the interior. There’s a pair of bolstered seats in the front, carbon fibre trimming for the centre console, and some Alcantara for the dash. And then on the dash fascia passengers are treated to a 10-inch touch-screen media system, while the driver views a 12.3-inch digital instrument cluster.

Peugeot doesn’t specifically say if there are plans to put the concept into production as is, but it is planning to offer electrified powertrains for all of its models by 2023. If this concept is well-received at the Geneva show early next month, we’re sure Peugeot will consider using it for inspiration for a future model. In a statement, Peugeot said: