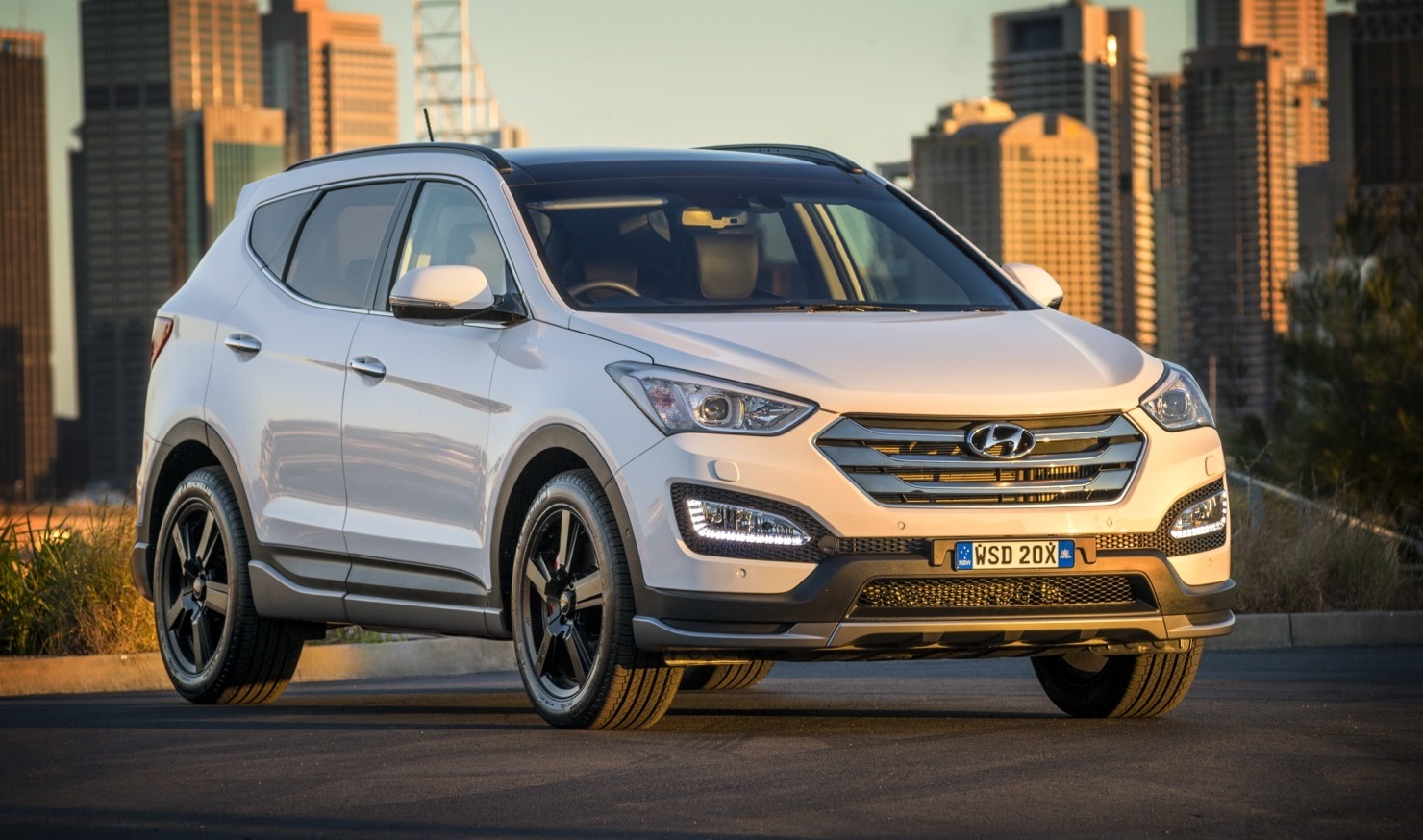 Hyundai Australia has revealed a new sporty edition of the Santa Fe SUV, called the Santa Fe SR. It will join a string of other performance-themed SR variants in the local showroom next year. 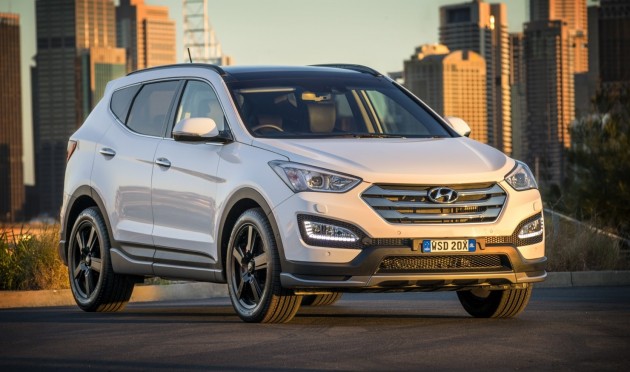 The new version is based on the 2015 Santa Fe and will sit as the flagship variant. Although there are no engine enhancements, the SR does come with a variety of tantalising components that help boost the SUV’s overall appeal.

Mechanically it gets a set of eye-popping Brembo brakes comprising of four-piston calipers at the front and two-piston units at the rear. These clamp perforated discs and help wipe of speed and reduce stopping distances by around eight per cent.

The popular SUV also gets a fairly serious sports suspension setup consisting of H&R lowered springs which lower the Santa Fe by 5mm. Although that’s not a great deal lower, the ‘Performance’ spec springs help to reduce body roll and provide flat cornering,

Aside from the performance stuff, the Santa Fe is based on the otherwise range-topping Highlander and comes with a load of creature comforts and luxuries. Standard features include a 7.0-inch touch-screen interface with sat-nav, leather seats with heating and cooling functions for the front, and a panoramic glass roof. 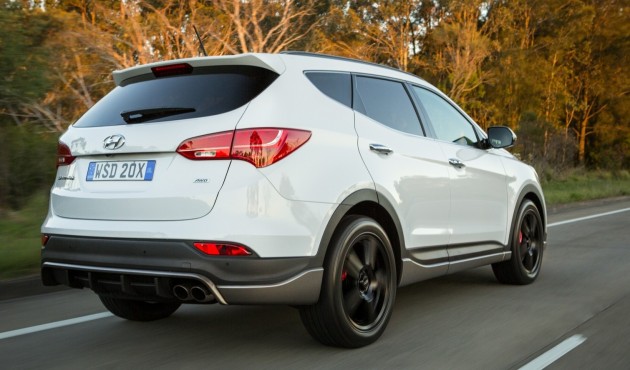 Under the bonnet, power comes courtesy of a 2.2-litre turbo-diesel four-cylinder producing 145kW and 436Nm. It’s matched up to a six-speed automatic transmission with all-wheel drive. Acceleration from 0-100km/h takes around 9.8 seconds while the average fuel economy rating is 7.3L/100km.

The sporty model will officially go on sale in Australia early in 2015. Prices are yet to be announced, however, given the range-topping Highlander kicks off at $53,240, the SR is expected to top that by a smallish margin.