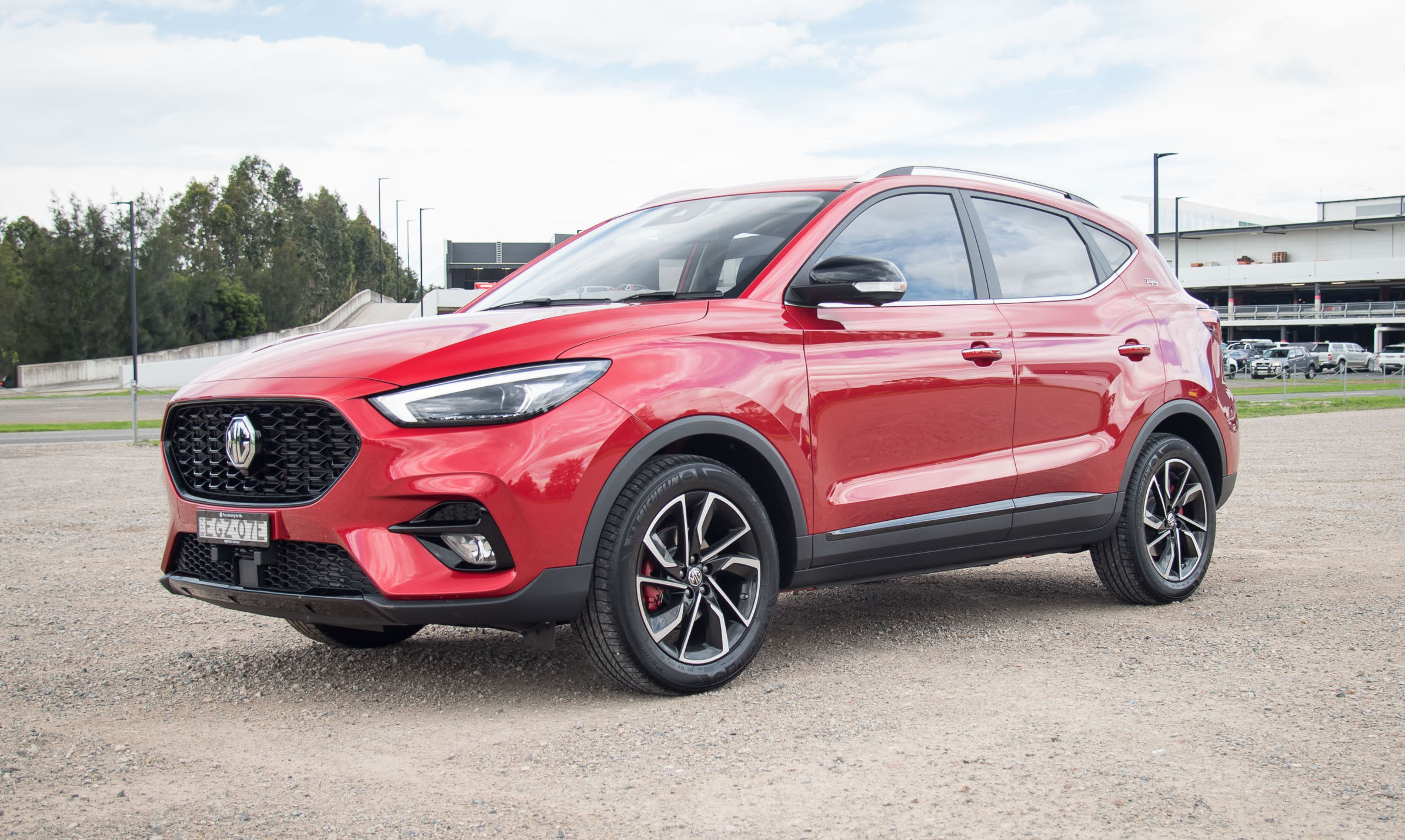 With many price increases on popular models over the last few years, new market opportunities are being created for carmakers where manufacturing and labour is cheap. MG is a perfect example. With ownership and manufacturing now wholly shifted to SAIC Motor in China, the brand is snatching the sales numbers with buyers who yearn for affordability. 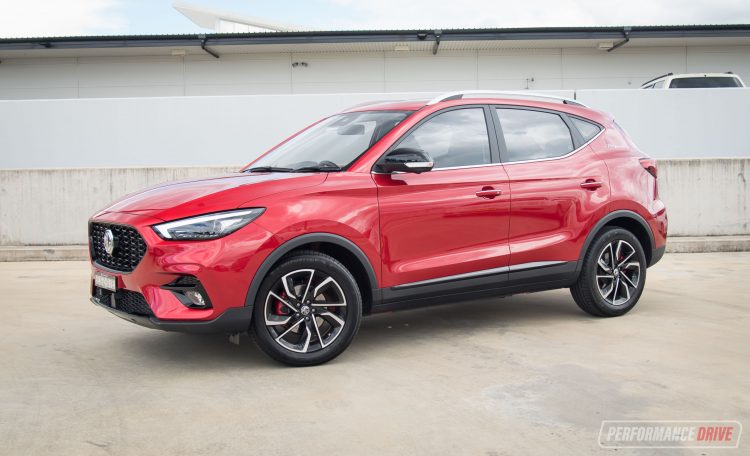 The ZST is MG’s small SUV offering that competes against the likes of the Hyundai Kona, Toyota C-HR, and the segment favourite (according to VFACTS), Mitsubishi ASX. Don’t be fooled into thinking you’re buying a British-built car with a suave roadster heritage, though. It’s just the name that carries on through the ages. So far, most buyers don’t seem to mind. According to February VFACTS sales figures, the ZS/ZST is currently the second best-selling model in its class.

Buyers can choose from two variants; the entry level Excite, or the top-spec Essence that we’re road testing here. Both models are only available in front-wheel drive, and feature a 1.3-litre turbo-petrol three-cylinder engine. No manual gearboxes are to be seen in any variant. Instead, you get a six-speed auto as standard. 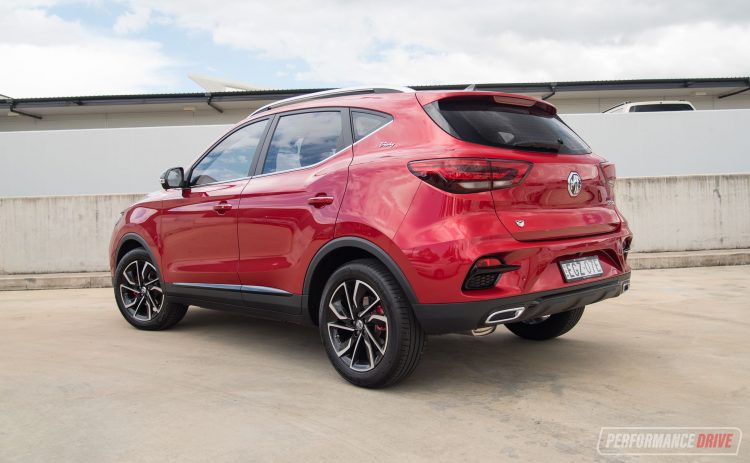 Finally, China has made a car that actually looks good. The MG ZST might look rather plain to some, but we think it looks elegant and well-proportioned with its contemporary theme. The front is not at all chunky or over-done, neatly presented with a glossy black grille and slanted LED headlights.

There are subtle creases that flow towards the rear to give off an aerodynamic aura, and a lower unpainted trim all around adding a rugged element. Contrasting machined and black alloys and red brake calipers contribute a sporty impression too. At the rear, the design continues with a conforming shape, with wide-set taillights and chrome-look dual exhausts – though they are fake; the real exhaust is hidden underneath and is a single outlet. LED taillights would go a long way in modernising its style we think, and the wheel offset, particularly at the rear, seems a little off in our opinion. 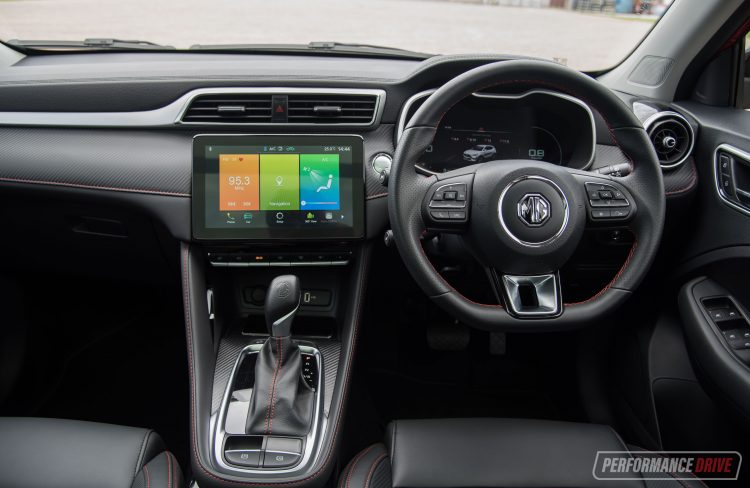 Turning to the inside, and cabin is pleasingly spacious for a small SUV. Being quite contemporary and uncluttered in its layout, it gives off an airy and non-intrusive character. A higher roofline than your common hatch or sedan also helps to maximise headroom, especially on entry and exit. The front and rear rows offer enough space to comfort four adults on long trips, and legroom is aplenty for this market’s standards. Though, rear air vents and a rear centre armrest are oddly omitted. There are twin USB ports in the back, which is nice.

If boot space is of importance to your lifestyle, the ZST sits about average among its rivals. At 359L, it is smaller than the Hyundai Kona’s 374L and the Mitsubishi ASX’s 393L, but larger than the Toyota C-HR’s 318L. Unlike the Kona and C-HR, it is a more accessible space due to a bigger tailgate and taller roofline. A space-saver spare wheel sits under the boot floor. 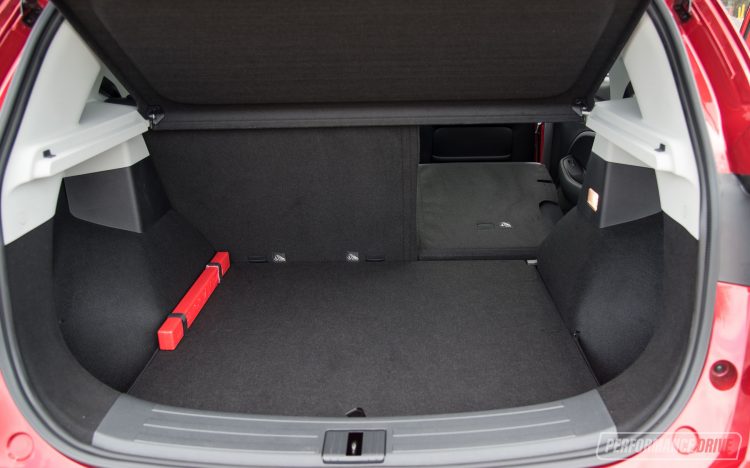 That aforementioned interior layout might be simple to navigate, but we do have reservations about the feel and quality. For instance, the plastics and materials feel inferior compared with some of the rivals. On our test car, there was a suspicious clunk sound in the steering wheel when turned beyond a certain point.

There are also some niggly design issues or omissions that we just couldn’t see past. For example, the rear-view camera is tiny, and the picture quality is terrible. The front cup holders are miniature and will not hold many fairly average cups – although not quite French-car small. The rear wiper automatically turns on in reverse when you have the wiper position on auto, even when it is not raining. And lastly, the instrument cluster, which is fully digital on the Essence, and that’s great, offers limited menu options and trip info. 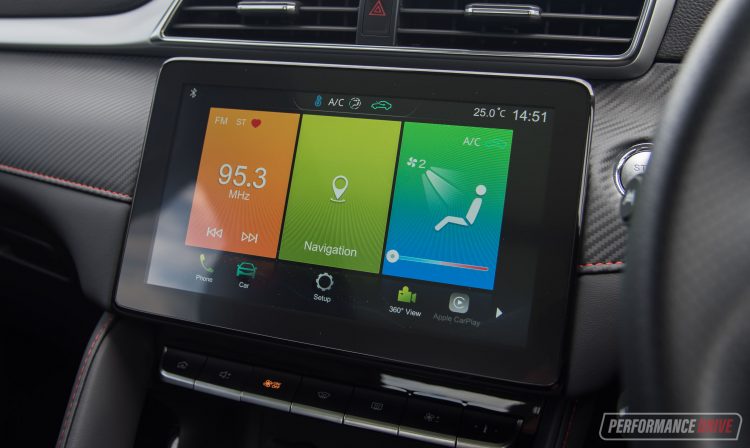 Turning to the media touch-screen and it too, unfortunately, trails behind the competition in its usability. The screen is far too bright at night, even on minimum brightness. Its response rate to your touch is also slow, and there is no radio text display or song progress bar available to jump to different parts of the song being played. The sound quality from the six-speaker stereo is also sub-par, especially when you turn the volume up.

Now, we get it. It is positioned as an affordable package. However, it’s only about $3000 cheaper than a top-spec Toyota C-HR. And we feel some of these issues could easily be attended to if there had been better quality control and testing during its development, especially testing for international markets.

Paying $3k more for the Essence gets you a big sunroof, heated front seats, an electronically adjustable driver’s seat, and a fully digital instrument cluster. Oddly, auto climate control, an auto-dimming rear-view mirror, and door unlocking proximity sensors are absent from both models. 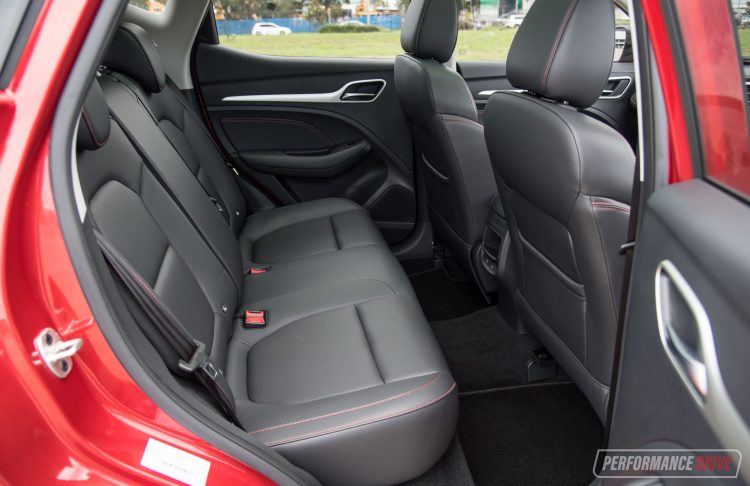 A three-cylinder engine might not seem like much, but they are becoming more and more popular as manufacturers attempt to reduce their carbon footprint and fleet average fuel consumption. This 1.3-litre unit is boosted with a turbo and produces an impressive 115kW of power and 230Nm of torque.

Some manufacturers struggle to offer these outputs from a 2.0-litre four-cylinder. On the road, the ZST keeps up with the flow of commuter traffic easily. And we love that unique sound of three cylinders firing away – much more exciting than a common naturally aspirated four-cylinder engine. We tested 0-100km/h in a brisk 9.62 seconds.

There is a shortfall with that zippy power, though. It delivers power to the front wheels in a rather hesitant and jerky fashion at times. We couldn’t work out whether it was sensor mapping related, or the six-speed auto gearbox. The power delivery is either too strong and jumps to its feet, or it gets bogged down in a top gear and won’t move quick enough. This could be subject to this test vehicle. 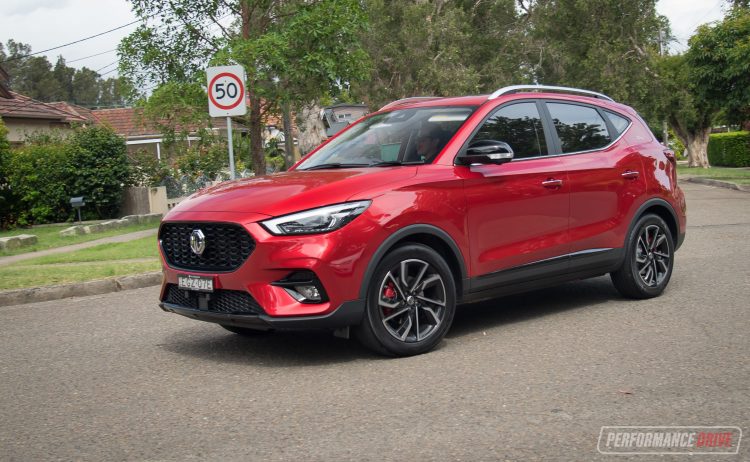 In terms of driving dynamics, the suspension is a little too soft to be labelled as having a sporty and spirited feel. This causes some lean and body roll when tackling corners. It also means that keeping the vehicle in a straight line is more of an effort at highway speeds. Absorbing bumps and potholes is a jumpy affair, and it can lose its composure when hitting multiple bumps in a row, often juddering and vibrating along the surface.

The steering has a light feel, which is perfect for manoeuvring in tight spaces, and traction from the standard Michelin tyres is excellent. In fact, it feels like the dynamics lose before grip does. All-wheel drive could improve directional stability and tracking, but many of the competitors are FWD only and yet they don’t suffer similar concerns.

Speaking of all-wheel drive, we were expecting a little better fuel consumption than our tested average of 7.5L/100km, given power only goes to the front wheels. It’s also an engine with a pint-sized displacement. The official average is 7.1L/100km, which is not good for a 1.3. For compassion, the Kia Seltos 2.0L burns 6.8L/100km, and the Hyundai Kona 2.0L averages 6.2L/100km. The MG ZST also requires a minimum of 95RON petrol, which will hurt the hip pocket. 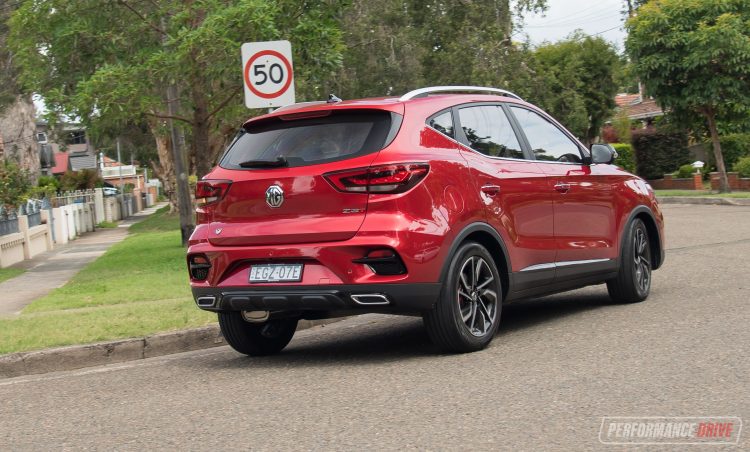 You’d expect there to be some shortfalls when it comes to budget cars. After all, it’s all about saving and reducing costs. But the MG ZST is not significantly cheaper than the competition. For example, the top-spec Mitsubishi ASX with all the trimmings is a similar price. The issue is, we think, some of the mentioned shortfalls are so easily and cheaply fixable.

There was a time not too long ago when Korean-built cars were as substandard as you could get. And look how far they have come in recent years. We have no doubt MG will initiate the same turn-around for its cars, and the ZST is the stake in the ground that starts the company somewhere. With sales turning like perpetual motion, that should mean more revenue for the company which can then be reinvested for future development.

Nonetheless, we give a thumbs up on the exterior design, the lengthy standard features list, and the generous seven-year, unlimited kilometre warranty. The 1.3 turbo three-cylinder is also a fun and excitable unit.