Ferrari has been spotted testing a very intriguing prototype version of the Ferrari F12 which has stirred up a bit of a media frenzy. Speculations are suggesting a ‘GTO’ higher performance variant is in the works. 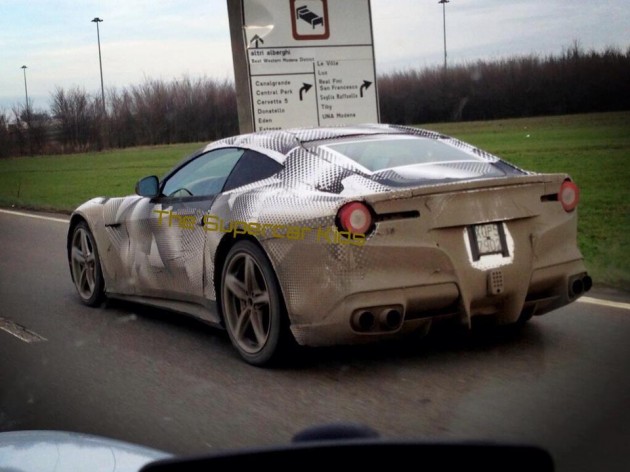 The Ferrari F12 was, up until last week when the LaFerrari – Enzo replacement – arrived, the most powerful production model the Italian company has ever made. A GTO version would simply be an even more mind-blowing variant, potentially boasting more power.

Judging by this photograph, which first appeared on The Supercar Kids Facebook page, Ferrari is planning or at least testing a different F12 variant.

The most recognisable difference between the prototype and the current production car is the two horizontal cutaways next to the taillights. These are not featured on the F12. This could indicate a possible lightweight ‘Stradale’ or ‘GTO’ variant.

Another possibility is Ferrari could be testing a future powertrain, potentially a hybrid setup like what’s used in the LaFerrari, and is simply using an F12 body to drive and test the system.

We’ll be sure to keep you updated either way.