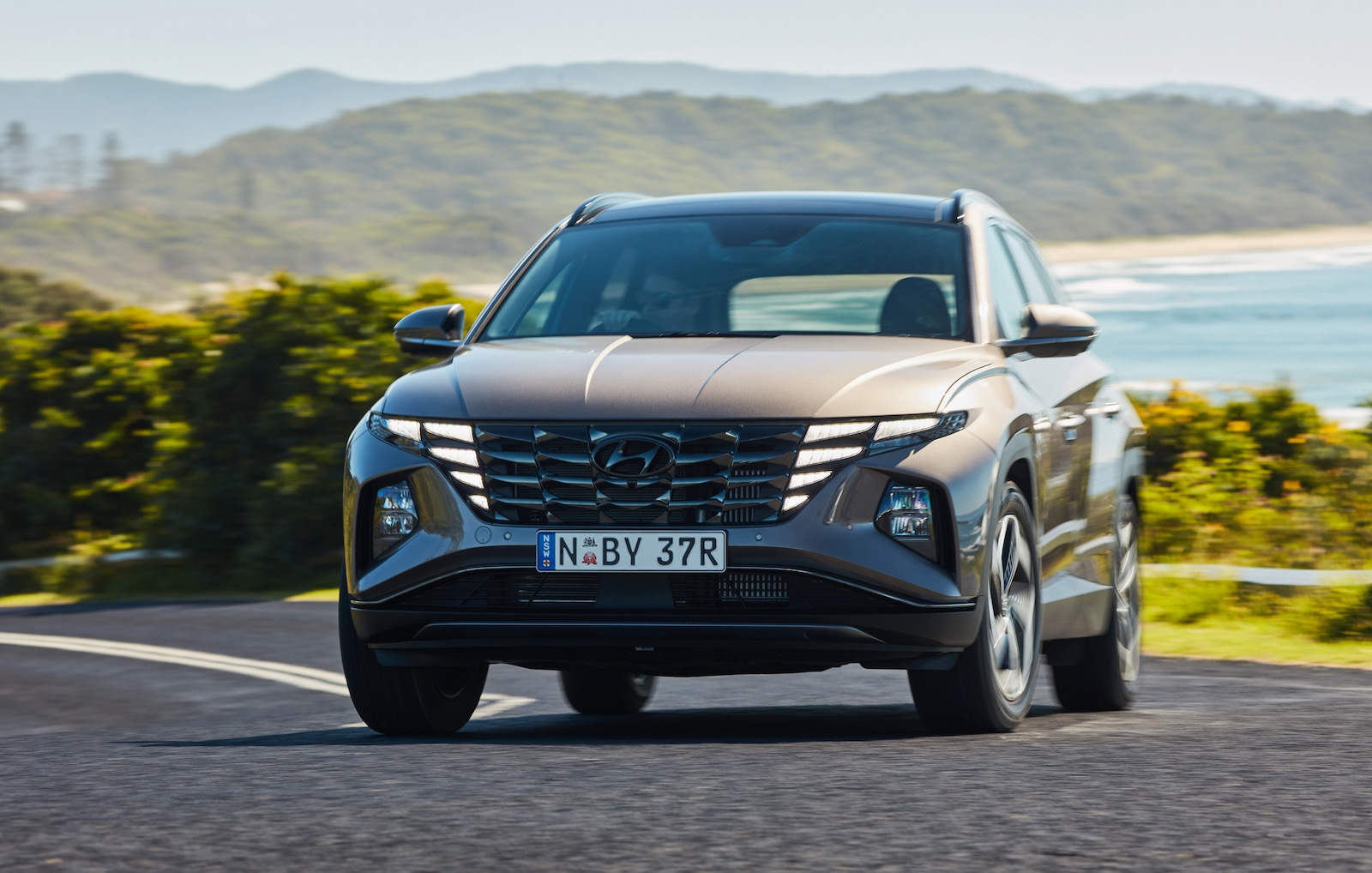 We’ve reached the halfway point of the year, which means we can now see what cars have been the most popular for the first half. Australian new vehicle registration figures have just been released in the form of June VFACTS, 2022. 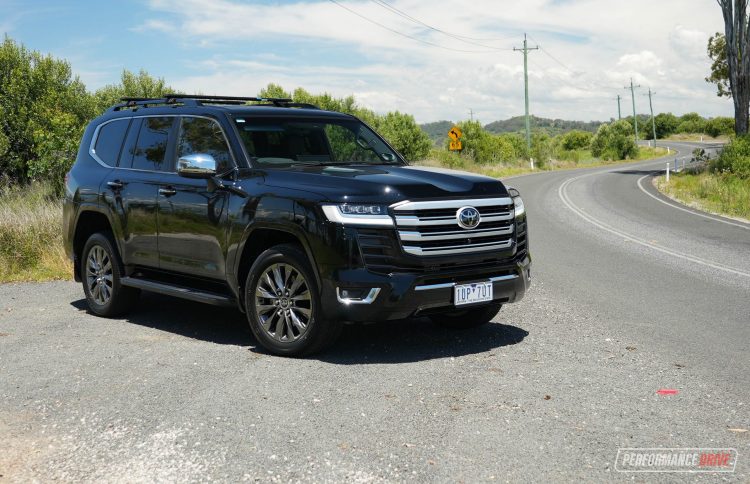 According to the Federal Chamber of Automotive Industries (FCAI), consumers snapped up 99,974 vehicles during June 2022. That’s down 9.7 per cent on June last year and contributes to a year-to-date (YTD) downturn of 5.2 per cent. In a statement handed out today, FCAI chief Tony Weber explained the reason for the decrease, saying:

“Globally, car makers are continuing to suffer from plant shutdowns. In Europe we have component supply heavily impacted by the conflict in Ukraine. Microprocessors continue to be in short supply and global shipping remains unpredictable. While demand for new cars remains strong in Australia, it is unlikely we will see supply chain issues resolve in the near future.”

Toyota stands as the most popular new car brand, again. It easily outsold all of its nearest rivals by more than double. The Japanese auto giant is seeing a 2.0 per cent increase on YTD figures, and even for the month of June its figure is up 7.0 per cent on last June. That’s despite ongoing supply constraints and lengthy delivery times.

Kia remains in second position ahead of both Mazda and Hyundai. We notice Mazda is really slipping away from its usual second spot, with the Korean brands ahead for another month. Mazda sales are down 48.9 per cent YTD, while Kia is up 7.5 per cent and Hyundai is up 12.3 per cent.

Further down the top 10 we notice no major change in the standings compared with May 2022, aside from Mercedes-Benz joining the ranks again with an impressive (for a premium brand) 3909 sales. That’s good enough for eighth spot overall. See below for the top 10 best-selling vehicle brands in Australia during June 2022:

As suggested above, Mercedes-Benz came home in top place in June for the premium brands. The previous month’s winner, BMW, fell on its May sales by about 200 units. But the difference would not have made any impact against Mercedes-Benz and its impressive effort for the month.

Further down the top 10 list we see Volvo missed out on third position this time, with Audi swooping back in. But Volvo sales are up on the previous month, which was already a stellar effort for the brand. Audi sales jumped quite a bit in June as well, and Porsche figures rose by a considerable degree compared with the month prior.

Towards the bottom of the list, Polestar is recording some reasonably good numbers, especially for a new brand and one that only sells electric vehicles. In fact, it was ahead of established EV maker, Tesla, for the month. And Polestar only sells one model at the moment. See below for the top 10 best-selling premium car brands in Australia during June 2022: 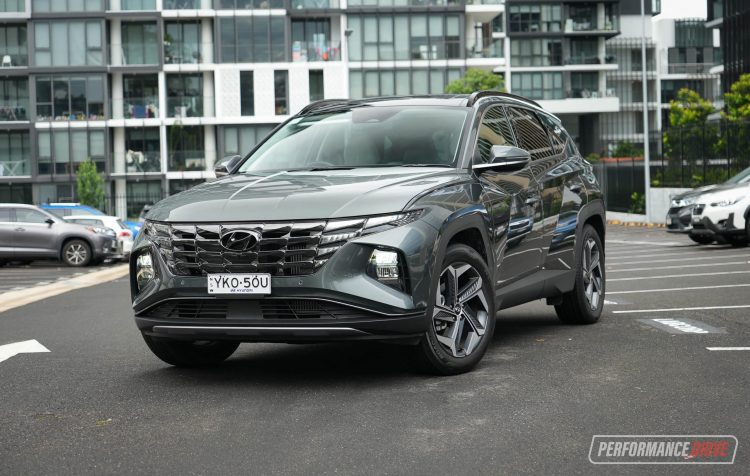 The Toyota HiLux posted epic numbers in June, easily placing it in first place for the month. We suspect the end of the financial year had something to do with it, as businesses and fleet operators prepared for a new year. The HiLux 4×4 models alone made up 5355 sales, which was more than any other ute with their 4×2 and 4×4 figures combined.

In second spot we see the Hyundai Tucson has jumped ahead of its usual placing outside the top 10. The nameplate is experiencing an 18.1 per cent increase on sales year-to-date, and its figure for the month of June is up a whopping 89.8 per cent. Interestingly, its sibling, the Kia Sportage, appeared in the top 10 overall best-sellers in June as well. The top 10 best-selling vehicles in Australia during June 2022 were as follows:

Into the humble small car class, and the humblest of them all, the Toyota Corolla came home with the most sales in June. Hyundai’s i30 outsold its sibling rival, the Kia Cerato by a small margin, with the Mazda3 recording comparatively low numbers. Keeping in mind the Mazda3 was the best-selling car outright for a period there a few years ago.

Further down the list, the new WRX is outselling the Impreza. However, we’re assuming the WRX figures include both sedan and wagon. Meanwhile the Honda Civic continues to tumble following its recent facelift and big price hike.

Overall, the segment reported 7635 sales in June, which is down 22.7 per cent YTD and down 25.8 per cent on June last year. See below for the top 10 best-selling small cars in Australia during June 2022:

Over in the luxury class and it’s the Mercedes-Benz A-Class that was the clear favourite for the month. Interestingly, the Audi A3 jumped up into second spot for the month, overtaking the BMW 1 Series and 2 Series. A-Class sales are down 33.2 per cent YTD, while the A3 is up 195.3 per cent.

The class reported 1023 sales in June. That’s down 34.6 per cent YTD and down 25.9 per cent for the month. See below for the top five best-selling vehicles in this segment during June 2022:

Here we see the Toyota Camry marches on as the clear favourite while its competitors continue to struggle around it. Camry sales are down 20.1 per cent YTD.

The segment saw 768 sales during the month, which is down 48.9 per cent on June last year. The YTD figure is down 17.5 per cent. See below for the top five best-selling vehicles in this class during June 2022: 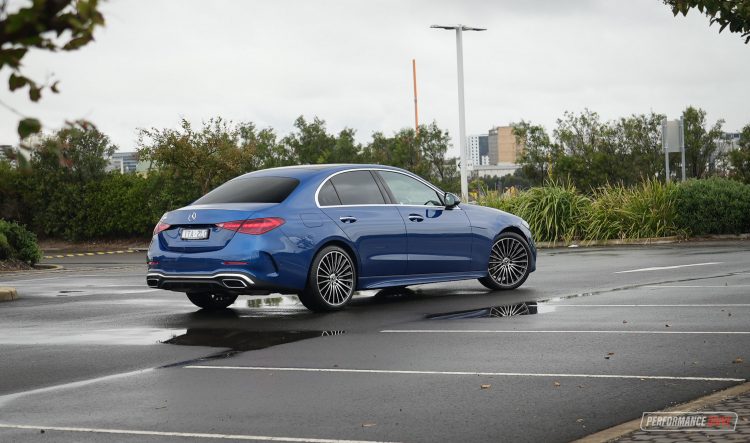 Mid-size luxury car buyers flocked to the Mercedes-Benz C-Class in June, as it reported impressive figures for the month. Although, sales for the C-Class are down 25 per cent across the first six months of the year (YTD). Its main rival for June was the Mercedes CLA, leaving the BMW 3 Series to third spot.

Polestar 2 sales are certainly hanging in there and in fact not far from the veteran rivals. Likewise, the Tesla Model 3 snuck into the top five for the month.

Overall class figures hit 1638 in June, and that’s down only 1.7 per cent on last June. The year-to-date trend is actually up a decent 57.3 per cent. See below for the top five best-selling vehicles in this segment during June 2022:

Here we see the Kia Stinger and Skoda Superb battle it out as they try to hold the segment together. Interestingly though, the segment is seeing a 58 per cent increase across YTD numbers, and the total 407 sales for the month is up 58.4 per cent on last June. The only vehicles listed in this class in VFACTS for June 2022 recorded the following figures:

The Audi A6 leaped ahead in June, posting decent enough numbers for first place, while the Porsche Taycan moved into second position. This left the veterans to third and fourth spot. All models in this class are reporting a downturn on YTD figures, except the Genesis G80 (up 32.1 per cent), the Mercedes CLS (up 13 per cent) and the Toyota Mirai (up 14.3 per cent).

Segment numbers topped out at 213 units in June, which is down 26.6 per cent on the same month last year. Across year-to-date the numbers are down 38.8 per cent. The top five best-selling vehicles in this segment during June 2022 were as follows: 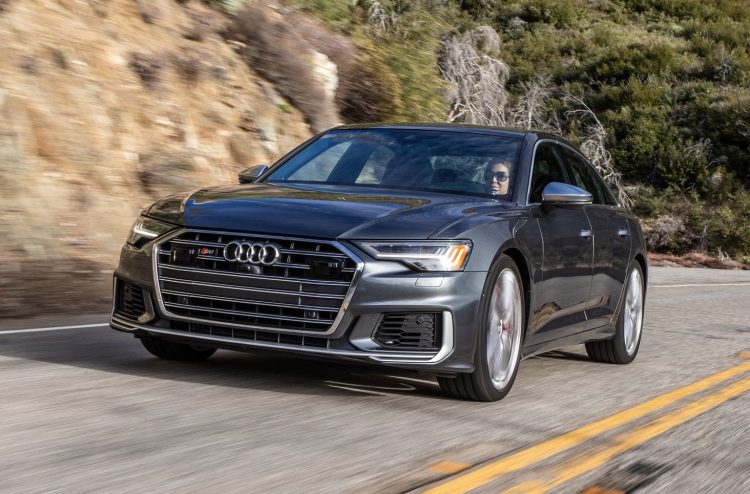 Over in the exciting cars, and it’s the Ford Mustang that is back in front as the most popular sports car, not only for its segment but overall. The Subaru BRZ, which was the previous months’s favourite, fell down to second position for its class in June.

The opening sports car class reported 332 sales for the month, which is down 50 per cent on last June. Overall YTD figures are down 43.6 per cent. The top five best-selling vehicles in this class during June 2022 were as follows:

More serious sports car buyers went for the BMW 4 Series more than any others. Although, it only just outsold the Mercedes-Benz C-Class two-door models. The Porsche Cayman jumped into the top five for the month, with the Chevrolet Corvette also remaining in there.

Class figures hit 315 units in June, and that’s down 28.4 per cent on last June. Across YTD the trend is down 27.8 per cent for the segment. The top five best-selling models in this segment during June 2022 were as follows:

Porsche 911 sales hit a massive 129 units in June, making it the second most popular sports car outright for the month. That’s an incredible effort considering how high-end the model is. Sales are up 50.9 per cent YTD for the legendary nameplate, and up 126.3 per cent for the month of June.

Class figures hit 185 units in June, which is up 66.7 per cent for the month. Across year-to-date, the numbers are up 9.8 per cent. See below for the top five best-selling vehicles in this class during June 2022: 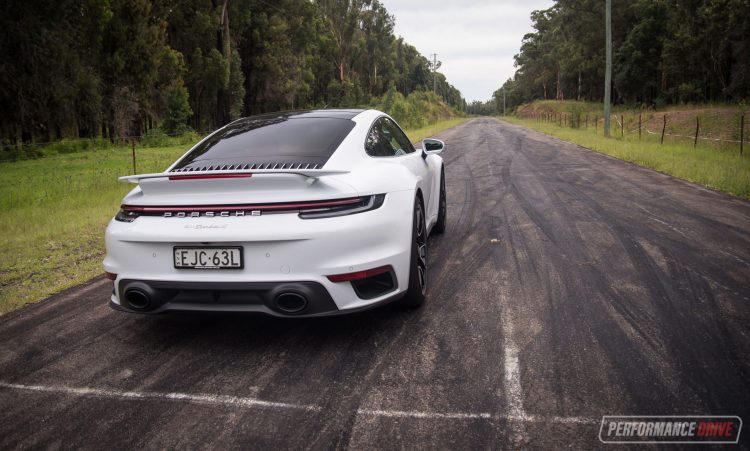 In the most popular class, the utes, and it is the HiLux that won the most buyers as previewed earlier. Further along the list though we see the Mazda BT-50 leapfrogged the Nissan Navara, but the GWM Ute jumped over both for fifth spot compared with May.

See below for the sales results for 4×2 and 4×4 models combined (available in both driveline configurations) for June 2022:

In the 4×4-exclusive ute class, the Toyota LandCruiser 70 Series remained in front, followed by the mighty RAM 1500. The Jeep Gladiator also jumped back into the top five. See below for the top five best-selling vehicles in this segment during June 2022: 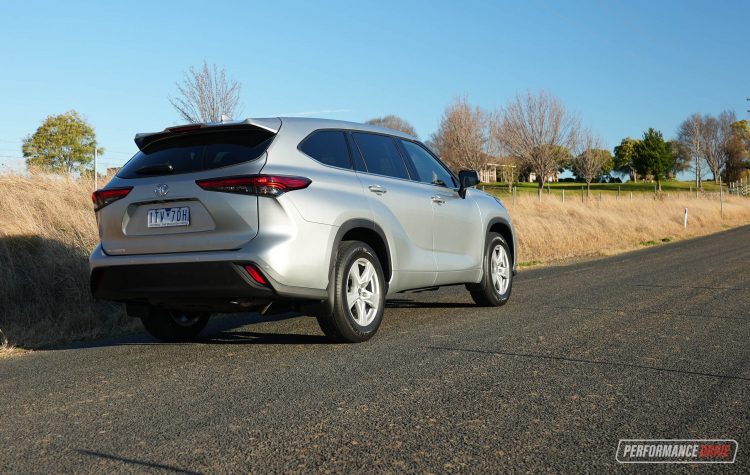 See below for the top five best-selling SUVs in all segments during June 2022: