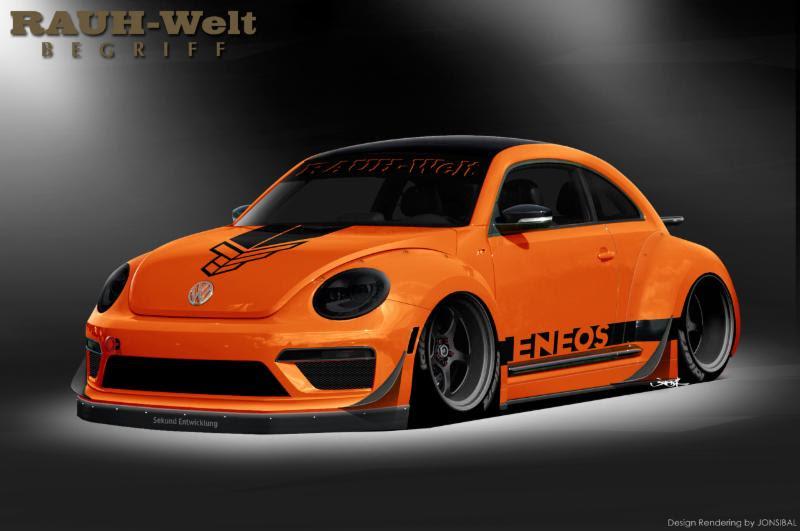 With the SEMA Show just getting underway, we’re starting to see a lot of highly tuned show cars being revealed. One of the latest is this Volkswagen Beetle which has been custom-built by renowned Porsche builder RAUH-Welt Begriff. 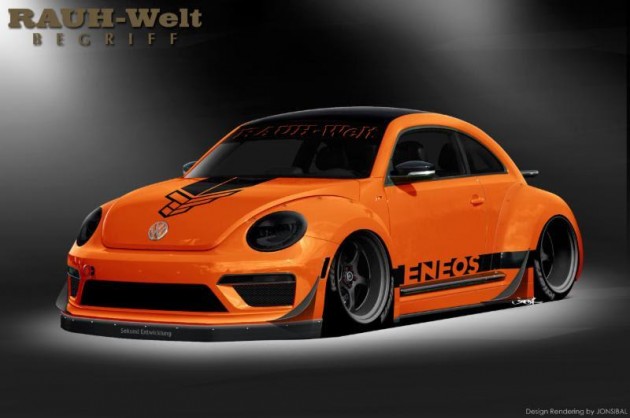 Japan-based RAUH-Welt Begriff is known for creating ultra-fat wide-body kits for old-school Porsche 911s, often making the body from scratch. And it seems the same sort of philosophy has been applied here. The Beetle showcases a tough wide-body kit adding 203mm to the car’s width.

To tie in with the pumped wheel arches, there’s a set of deep dish 18- by 10-inch front and 18- by 12-inch rear Motegi Racing Traklite wheels. These certainly look the part and give the innocent Beetle a clear racing look. There’s also some neat little air flicks on the sides of the body, blackened headlights, and various black details to match.

Strangely, there is no major performance work under the bonnet. It well and truly deserves it though, with that imposing body. The team says there are plans to do something with the regular 2.0-litre turbocharged four-cylinder engine, which produces 157kW in factory form.

To finish it all off the interior features various R-Line accessories, including alloy pedals and gear lever. All will be on display at the SEMA Show. Rally driver Tanner Foust spoke about the unique project in a statement, saying,

“I love the engineering that Volkswagen puts into its cars – they’re packed with features and very capable – and I love the stylistic cues that you see from tuners in Japan. I thought it would be interesting to mix the two and see what you would get.”