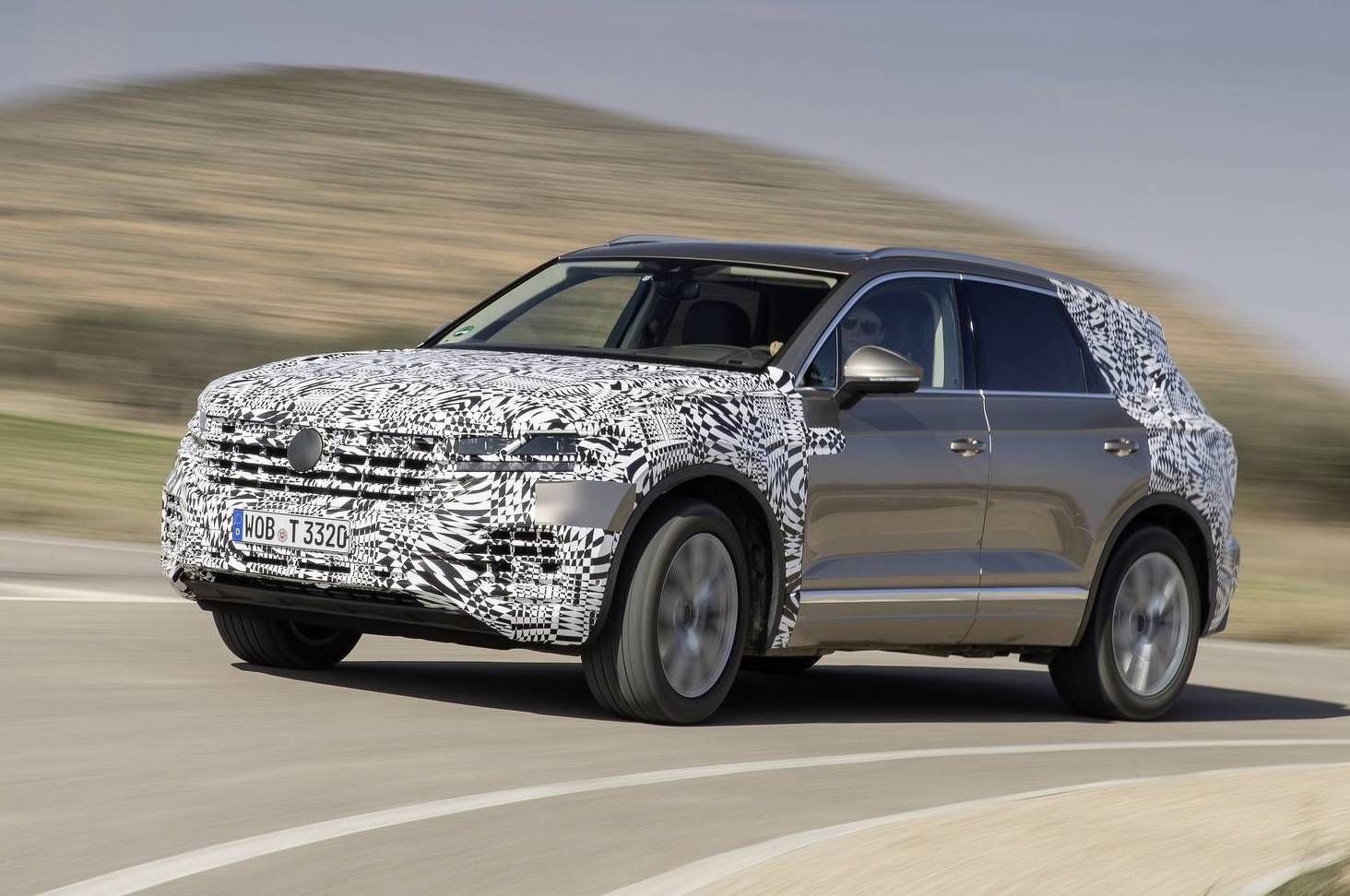 Volkswagen has released another teaser of the upcoming, third-generation Touareg, including revealing the smart new interior for the very first time. 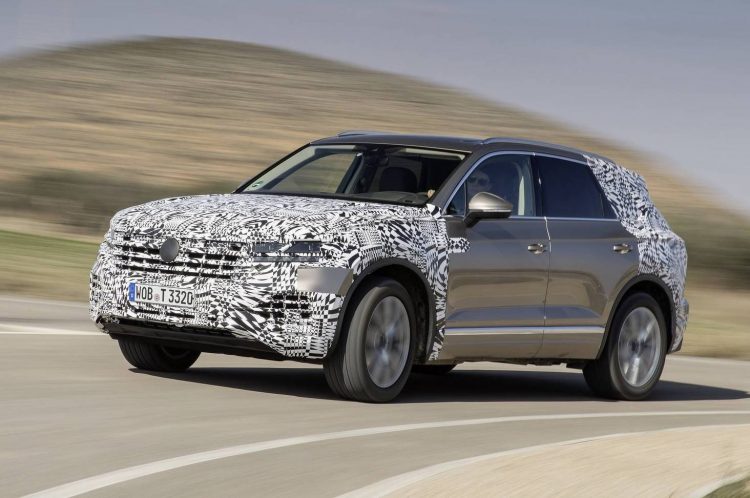 The 2019 Touareg will switch to the newer, VW Group MLB Evo platform, like the latest Porsche Cayenne and Bentley Bentayga. This alone is expected to see some weight reduction, improved rigidity and handling, better performance, and increased fuel efficiency.

Along with these benefits, the new platform will accomodate rear-wheel steering for the first time. This technology is set to help with agility and nimbleness in tight city conditions. In fact, the system is said to give the large SUV a similar turning circle as the Golf small hatchback.

In a potential step backwards though, the new Touareg will come with fewer off-road-specific features. Low-range gearing will be removed from the lineup, with clever electronic-type trickery set to take over. The towing capacity stands at the maximum allowed 3500kg, however, thanks to a 77mm increase in overall length, the new model will boast a larger cargo area, adding 110 litres. 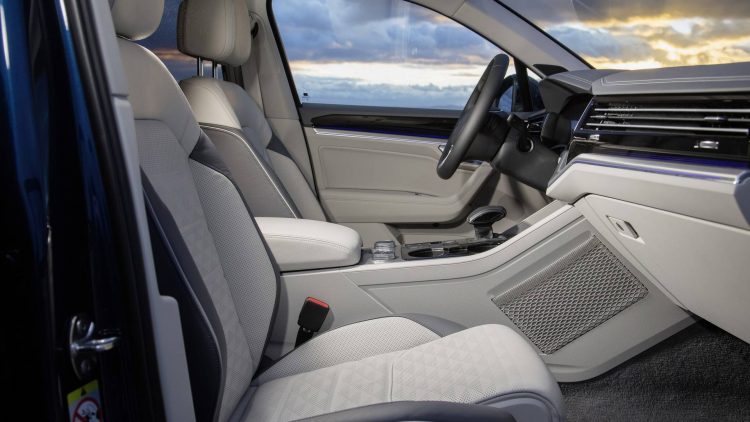 Perhaps the biggest news is the interior. Inside you’ll find a brand new 12-inch fully digital instrument cluster, along with a massive 15-inch touch-screen multimedia display for the dash. This latter screen is angled more toward the driver compared with the relatively square and flat dash fascia in the current model.

As for the engines? A similar lineup are set to be offered, including a 4.0-litre turbo-diesel flagship later down the track. A plug-in hybrid is also on the cards, as well as new V6 petrol options in some markets.

In terms of the teasers, we’ve got a video showing a lightly-camouflaged prototype driving along, showing off the new design which appears to be borrowed from the Arteon. And there’s a couple of shots of the interior to check out. All will be revealed on March 23.