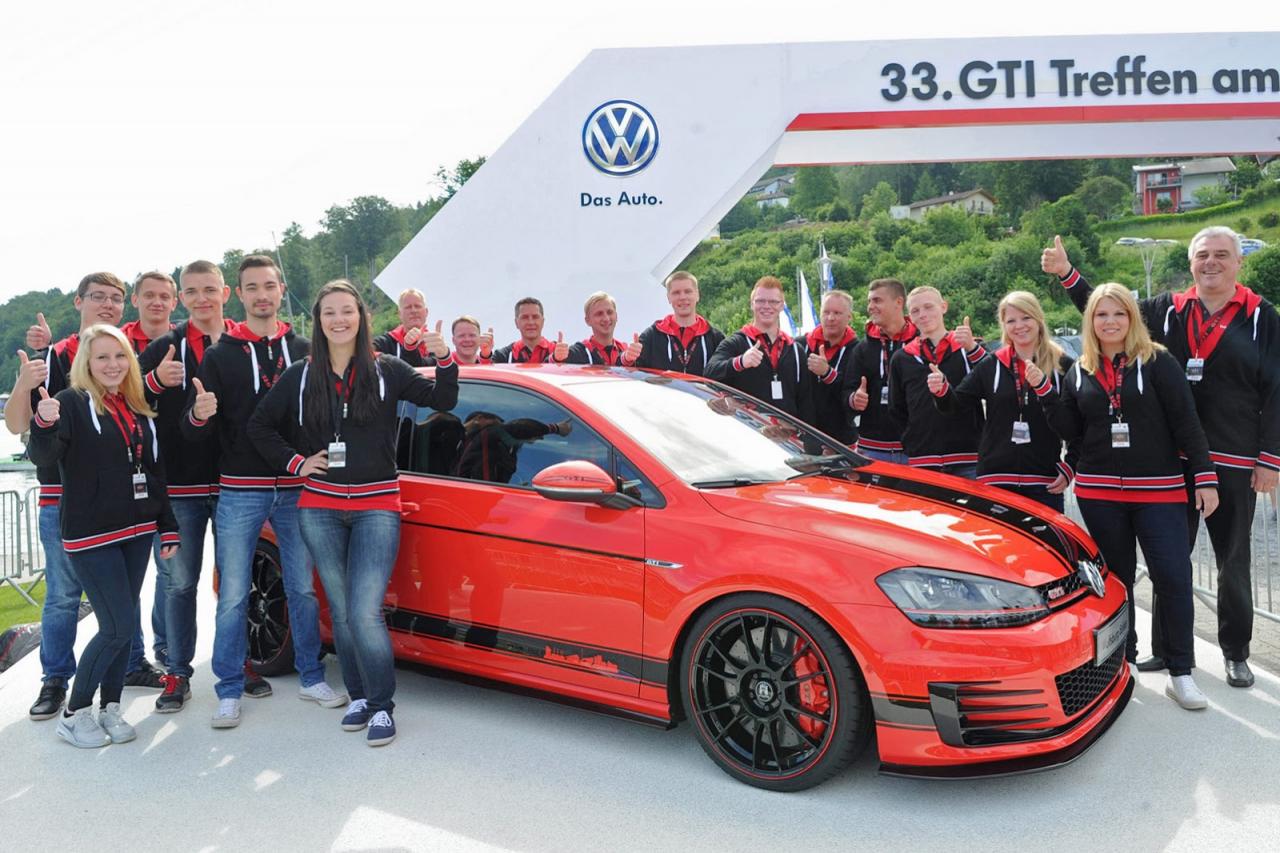 The special project Volkswagen apprentices have been working on for the 2014 Worthersee event has been revealed. Introducing the Golf GTI Wolfsburg Edition. 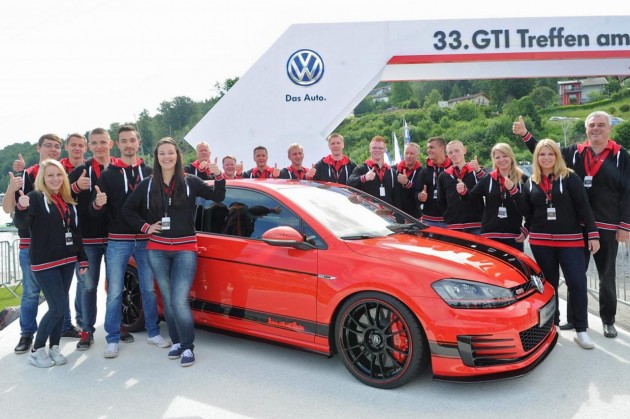 This is the seventh year in a row apprentices of the German carmaker have been given the task of coming up with a custom project for Worthersee. Last year the juniors created a bespoke Golf GTI Cabrio. This year the project is based on the Golf GTI Performance.

12 young workers, aged between 18 and 23, kitted the performance hatch with a carbon fibre air box, a hand-welded stainless steel sports exhaust, and some engine tuning to boost power from 169kW to around 280kW.

Inside, the interior is fully decked out with an 11-speaker, 2170-Watt sound system and sub-woofer, bucket seats, and a re-trimmed upholstery. It also features a Sony PlayStation and a 24-inch LED TV installation with an iPhone dock.

To finish it all off the exterior was given an ‘absolute red’ paint job with Negro Magico pearl decals. There’s also some one-off spoilers and side skirts, racing brakes and wheels, and a chunky diffuser setup at the back.