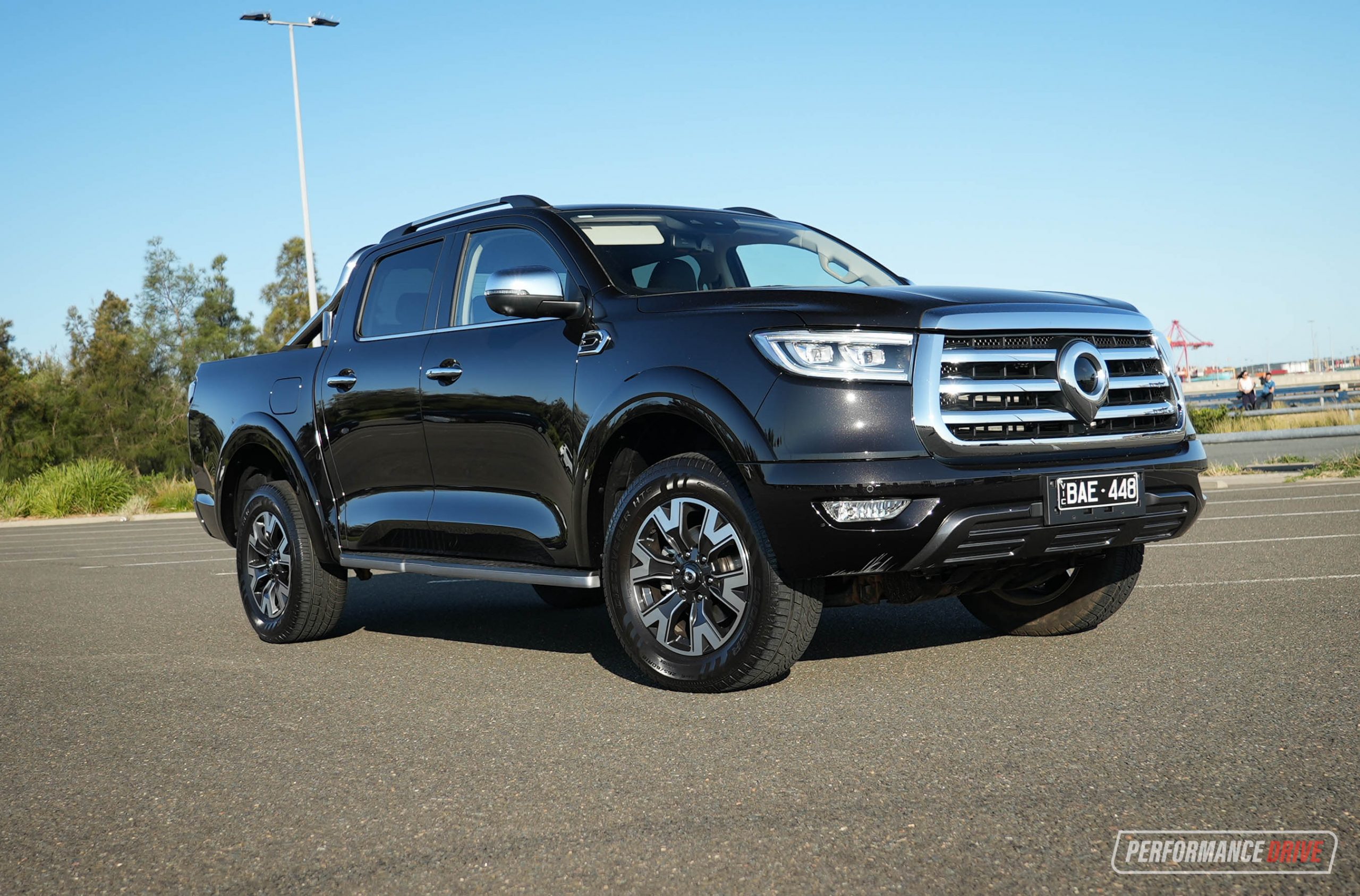 Meet the 2021 GWM Ute, by Great Wall Motors of China. This is essentially a successor to the Great Wall Steed, bringing in higher levels of technology and capability, while retaining its budget-focus appeal. The main question is, should you take the risk in buying from a relatively new manufacturer, or follow the herd and stick to the established veterans? Here we’re testing the mid-spec model called the Cannon-L to find out. 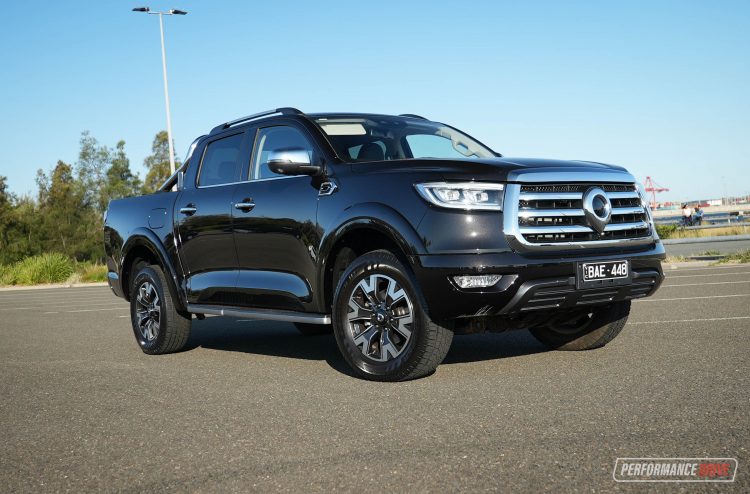 All versions come with the same 2.0-litre turbo-diesel four-cylinder engine, producing 120kW and 400Nm, and all come with a ZF eight-speed auto. All but the base model come with four-wheel drive as well (the base is available in RWD). On paper, the features look really good but the technical specs, not so much – compared with the popular rivals. But we’ll get into that later.

Get a load of the prices. The base RWD model starts from just $33,990, or from $35,990 for the 4×4 model. This surprisingly high-specced Cannon-L starts from just $39,490, and even the flagship Cannon-X kicks off from $42,490 (all drive-away). At these prices, it easily undercuts all of the popular Thai-made contenders.

Okay, we know what you’re thinking. How good, or bad, is a cut-price ute from a relatively new Chinese manufacturer? One that has not been making utes for as long as the common players. Well, on design alone, we think Great Wall Motors has done a good job. It looks tough, robust, and ready for both work and play. Although, the huge chrome grille at the front is probably a bit much.

The interior is impressive, we have to admit. We were expecting to see a lot of flaws, but GWM has obviously taken in plenty of customer feedback in coming up with the package. It offers lots of storage options, conveniently-positioned fixtures, and enough gear to keep you and your passengers happy.

The 9.0-inch touch-screen while very big, does suffer some loading lag, but most of the controls and menus are quite intuitive. The top model also adds a digital instrument cluster. 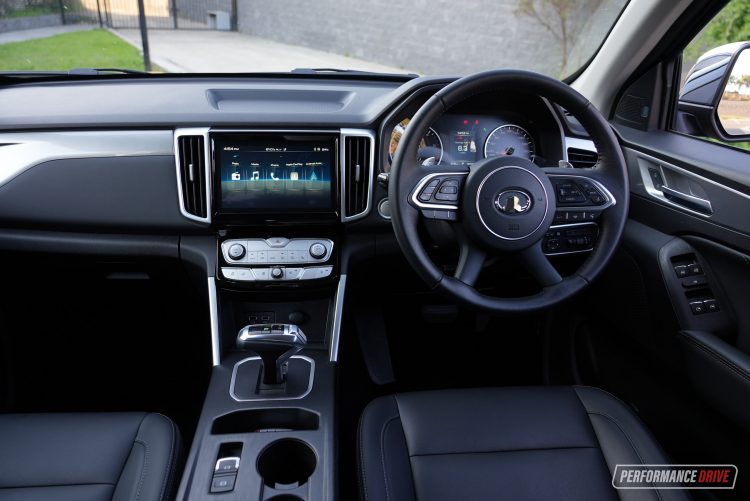 Passenger space is good, but for some reason Chinese cars just don’t like offering a wide range of steering column adjustment. In the top-spec Cannon-X you get a reach and tilt column but in this it’s just tilt. Despite being a mid-spec model, it does come with a power-adjustable driver’s seat. So that’s nice. We also like the metallic trim on the console and dash, and the wood-like garnishes. If you weren’t much of a car person, you’d think it was a premium European model.

It’s great to see climate vents in the back – some of the key rivals don’t even offer them – and there’s even a 220-volt AC plug with Australian socket and a USB port. The mid-spec model misses out on the flip down centre arm rest, which is reserved for the flagship model. Overall space and comfort is more than satisfactory. 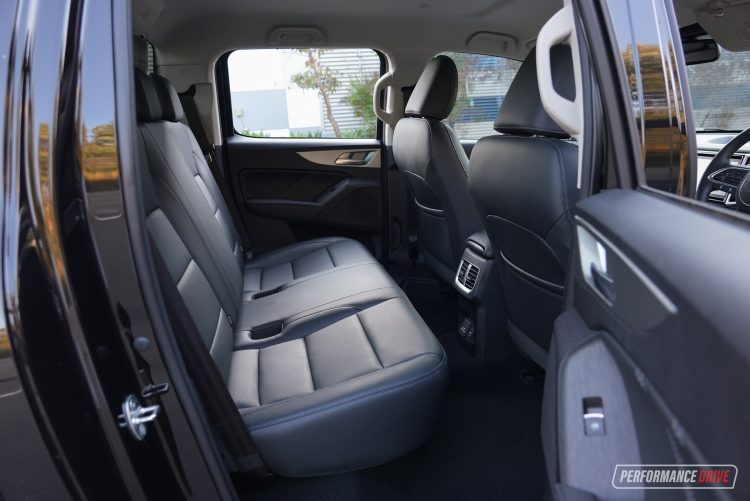 So, what’s the deal with buying a Chinese-made vehicle? We buy loads of other products from China, how can this be any different? In our opinion, driving hundreds of vehicles over the years – over a thousand, in fact – it’s all down to the finer things. Things that take decades of experience to fully iron out.

For example, yes, this does come with an impressively large touch-screen, but during our test this example had issues with Bluetooth pairing when re-entering the vehicle. There is no voice recognition control either, and sometimes the screen is cramped with Chinese text translation, which is not something you see in a Japanese or German car. The cruise control system also confuses the hell out of the transmission, causing constant gear shifts on slight hills. Speaking of which, let’s get into the drive and technical elements. 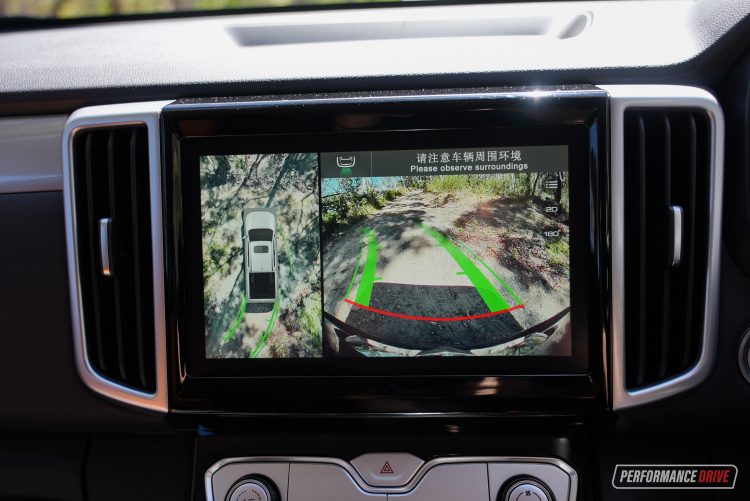 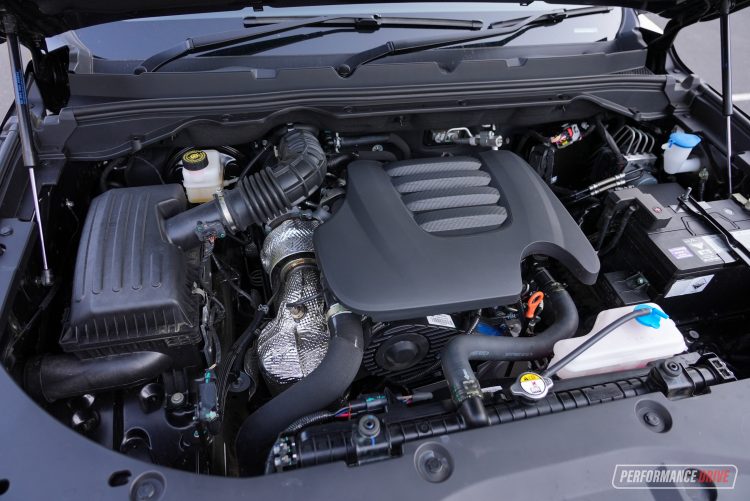 Again though, one might expect something of a shortcoming here and there because after all, this is over $10,000 cheaper than any of those rivals. But where we think it matters most is with engine grunt and emissions. Yes, utes are not sports cars but we can’t help but notice that this, with just 120kW and 400Nm, is one of the least powerful options out there. Certainly against those popular rivals listed above. Most of which develop at least 130kW and 430Nm. And yet they use less fuel.

Despite such a low output, this engine is quite dirty, too. The fact that GWM has opted for a full-time four-wheel drive system doesn’t work in its favour in the department of economy and emissions (it is an on-demand system, and does run in RWD most of the time). The official emissions average is 246g/km. To show you where the segment standards are we’ll run through those key rivals again (same variant configuration); HiLux (207g), Ranger (195g), D-Max (207g), Triton (225g), Navara (208g). 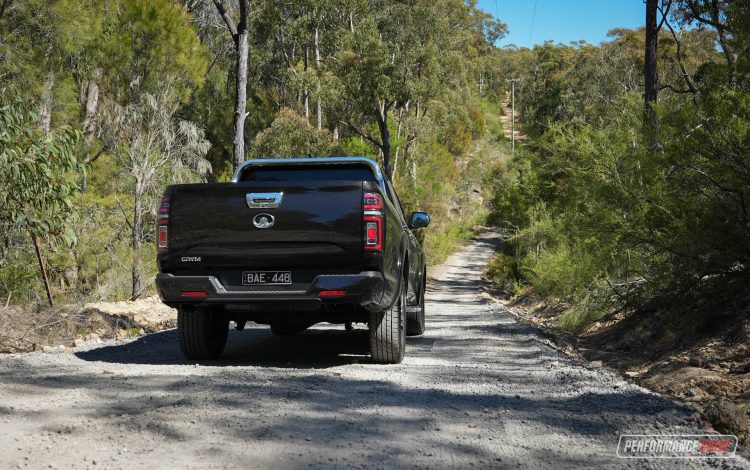 Out on the road the Cannon does drive rather nicely. The rear suspension, with opposing shocks and leaf springs, is quite controlled and planted. In fact, some of those established rivals do bounce and jitter around a lot more. Though, we’re talking about unladen. We did not load up the back and run any tests.

The front end is SUV-like in its poise and tracking, and there aren’t any complaints about the steering. This engine is also quiet. Our decibel gauge recorded measurements of just 46dB during idle (many rivals are around 50dB), and full-throttle acceleration through 60-110km/h spat out a reading of 84dB, which is not bad for a diesel ute. 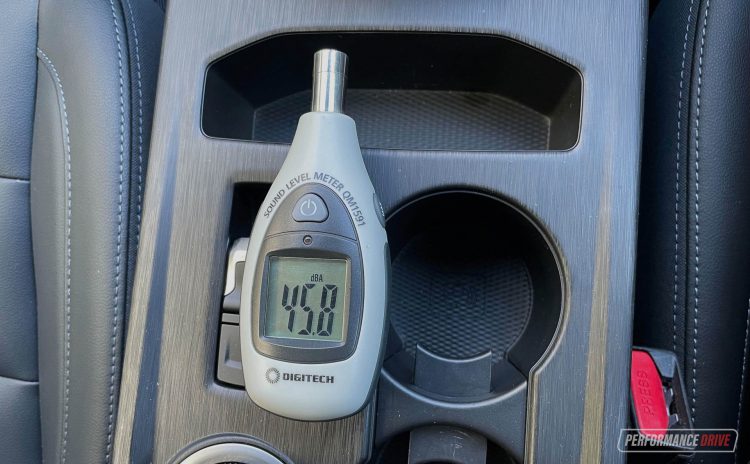 Going for the mid-spec gets you the same 18-inch wheels as the top Cannon-X model. These are wrapped in 265/60 highway-style Cooper tyres. They provide good braking performance (for a ute) and help with that quiet on-road drive. Our testing with a Vbox revealed a 100-0km/h braking distance of 41.15m, and that is good for this class.

As for off road, the Cannon offers 194mm of ground clearance, which is not that impressive for dual-cab ute. The approach angle is 27 degrees and the departure angle is 25 degrees. The approach angle falls behind most rivals, with all of the aforementioned models offering at least 29 degrees, but the departure angle is slightly better than average. A rear diff lock comes as standard for tricky situations, and there is low-range to select from on the multi-mode dial. 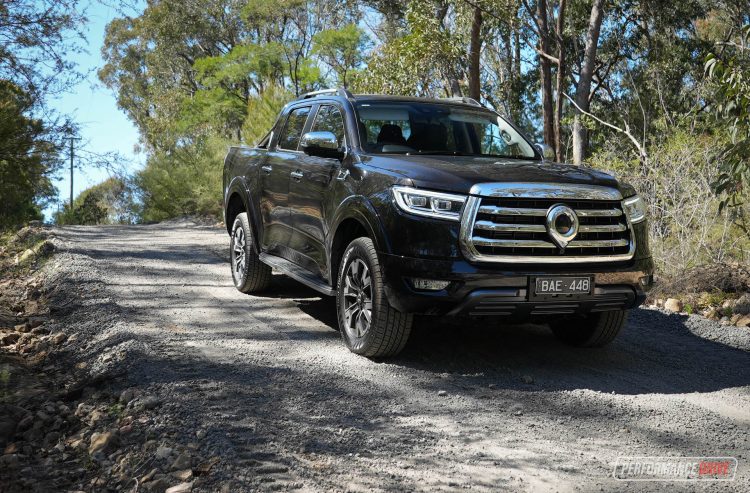 As far as Chinese vehicles go, this is the best one we’ve driven so far. For its intended purpose, value for money and sheer level of features, and the respectable driving characteristics (for its class), it’s really not too bad at all. In other words, don’t let the low price frighten you away, in these respects. Should you buy one?

Well, it all depends on your values and priorities. If all you care about is features and reasonably dependable capability, and you don’t care about emissions, fuel economy, resale value, or dealing with some mostly minor niggles and quirks, then yes. This will make you happy.

If, on the other hand, you’re the type of buyer that only settles for the best, this will probably let you down. Not only because of those areas mentioned just above, but also at the pub where you’ll have to justify to your mates why you didn’t buy a HiLux. Fortunately, your argument can be that you just saved about $20k over an equivalent HiLux.

PROS:
– Best value-for-money ute out there; so many features even on this mid-spec
– Good on-road driving manners with decent ride quality
– Big touch-screen for its class
– Looks pretty tough and modern?