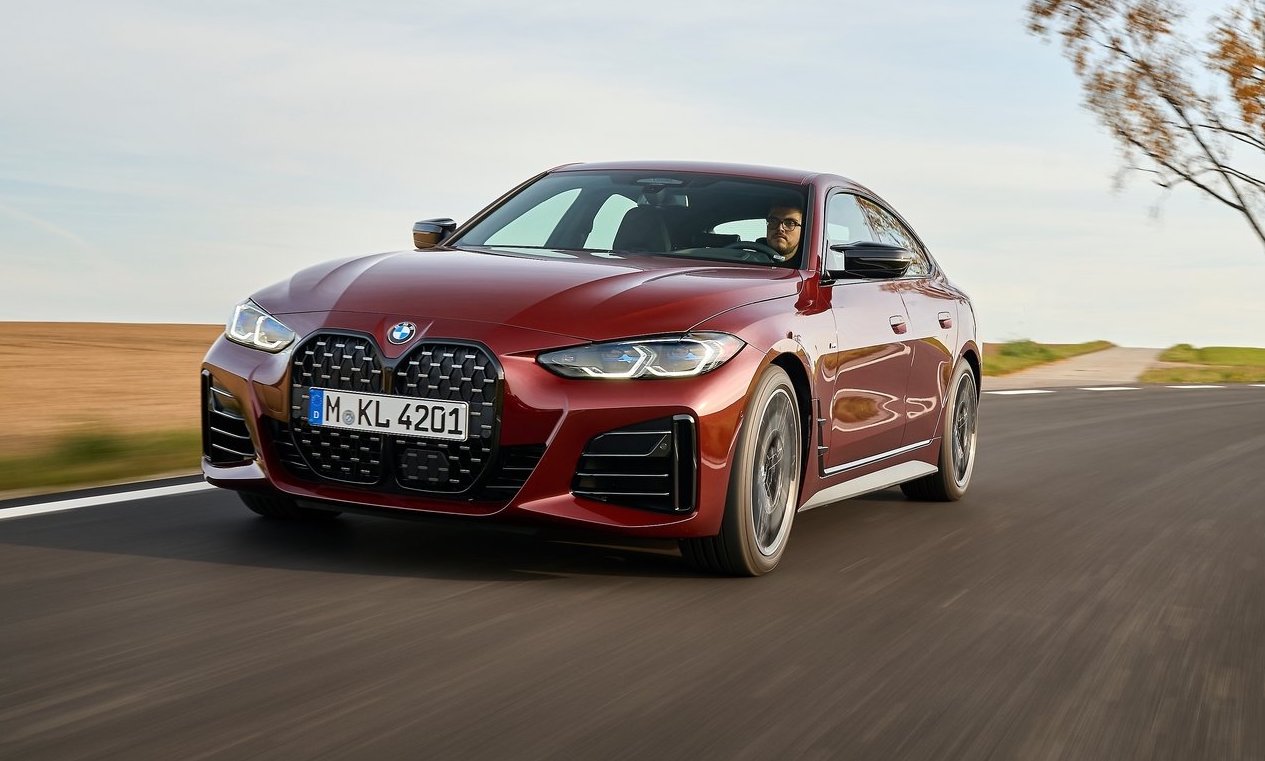 New vehicle sales figures have been released for February 2022 in Australia, in the form of VFACTS new vehicle registration figures. And on first glance, sales are up for the month compared with the same time last year. 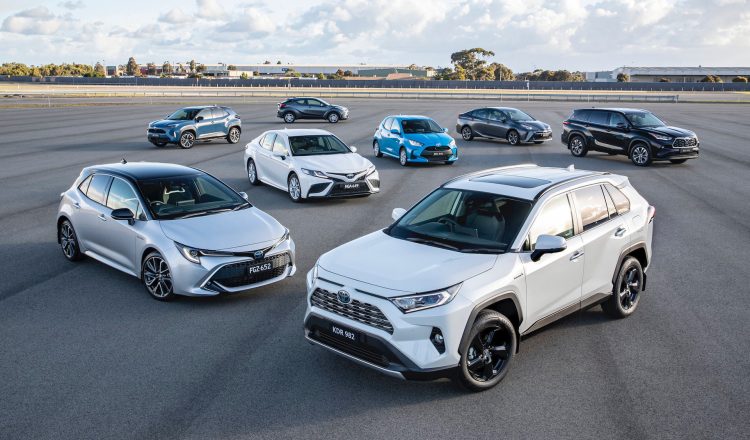 Australian consumers purchased 85,340 new vehicles during February this year, according to VFACTS (new vehicle registrations, not technically sales), representing a 1.6 per cent increase on February last year. That’s despite some big production and delivery delays due to the pandemic and semiconductor shortages faced across the globe. Speaking about the stats, FCAI CEO Tony Weber said:

“Global supply chains for microprocessor units are still some distance from full recovery, so we are pleased to see this small increase on 2021 figures. The consumer demand for new cars in Australia remains strong, and manufacturers are continuing to work hard to get cars into the hands of motorists.”

Over in the territories, the Australian Capital Territory recorded 1356 sales (down 2.6 per cent compared with last February), and the Northern Territory bought 705 new vehicles (down 5.6 per cent).

Of course Toyota remains in front of the sales race in Australia, despite challenges with chip shortages and production slowdowns. It sold 20,886 vehicles during the month, which is up from 15,333 sales in January 2022. The figure is also up 13.7 per cent on February last year, and up 2.9 per cent for the first two months of the year (YTD).

The top 10 standings remained unchanged from the previous month, except Nissan jumped ahead of Isuzu for ninth spot. See below for the top 10 best-selling vehicle brands overall in Australia during February 2022: 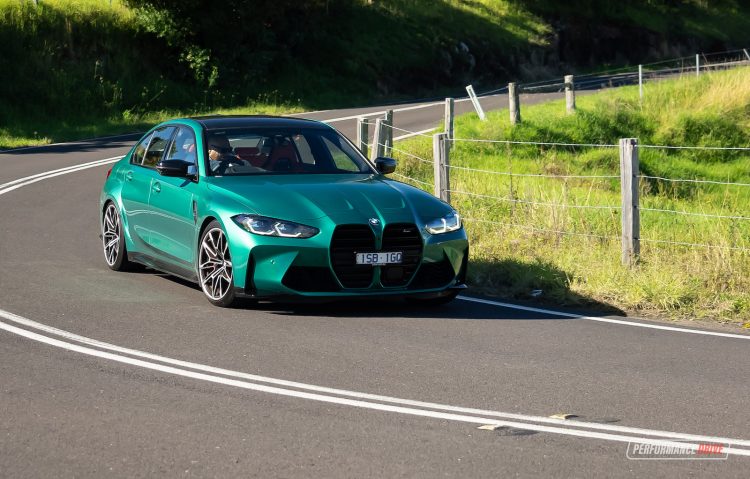 Further down the top 10 we see Porsche recorded a decent figure, which was up 46 per cent compared with last February. MINI also jumped up to seventh spot with good numbers, while Volvo continues its attack and managed to move up to third spot. See below for the top 10 best-selling premium car brands in Australia during February 2022:

In terms of the best-selling vehicle models, the Toyota HiLux ranked number one, again. It posted some impressive figures this month (February), easily out-selling its main rival, the Ford Ranger, by over 1000 units. However, Ford is preparing its all-new Ranger and production of the current model is winding down. The new version is set to arrive in a few months.

Other interesting highlights in the top 10, the Mitsubishi Triton moved up to fourth place, while the Toyota RAV4 jumped into second spot. We also see the Mazda CX-30 has popped into the list for a go, and the new Mitsubishi Outlander rounds out the leaderboard. The top 10 best-selling vehicles in Australia during February 2022 were as follows: 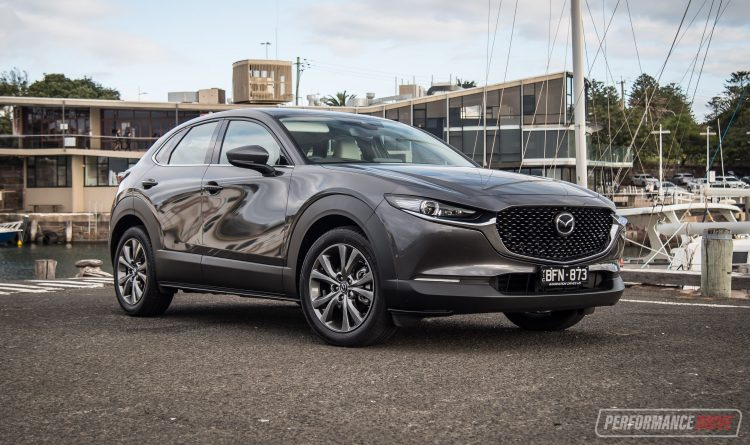 Cutting into the segments, the once-favourite small car class recorded just 6327 sales in February. There was a time when a single model, such as the Mazda3 or Corolla, achieved a similar result alone. Segment figures are down 26.4 per cent compared with last February, and down 26.9 per cent for the first two months of the year (YTD). Judging by these trends, and the fact that only one model sits in the overall top 10 listed above, this segment is fast-dwindling and could soon crumble.

The Hyundai i30 was the favourite once again, beating out on the otherwise front-running Toyota Corolla. We suspect chip shortages have something to do with this especially as the Corolla is available as a hybrid (no doubt relying on many chips). Corolla sales are down 31.1 per cent YTD, against the i30’s downturn of 20.5 per cent. See below for the top 10 best-selling small cars in Australia during February 2022:

Premium small car figures aren’t doing any better, comparatively. Segment sales topped 473 units, and that’s down 53.4 per cent on last February and down 49.5 per cent YTD.

The BMW 2 Series Gran Coupe came home with the biggest trophy this time, which is unusual for the nameplate, while its hatchback sister, the 1 Series, snuck in for second spot. The top five best-selling vehicles in this segment during February 2022 were as follows: 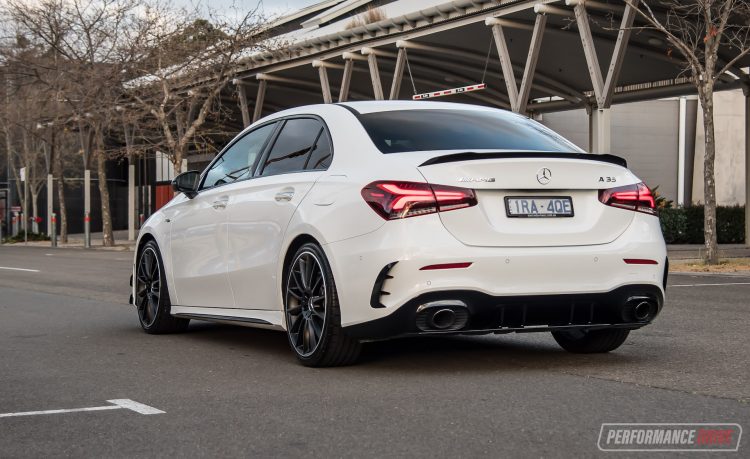 Also a segment that once yielded strong demand, we see pretty low numbers here as well. However, with 1597 units delivered overall, this class is actually up 25.7 per cent for the month and up 22.5 per cent YTD. See below for the top five best-selling vehicles in this class during February 2022:

Over in the luxury sector, combined class efforts reached 735 units. That’s down 18.1 per cent for the month and down 18.8 per cent year-to-date. The favourite was the BMW 3 Series, perhaps showing more evidence on why the brand came in as the top premium marque for the month.

Mercedes-Benz C-Class figures dropped on its previous effort, although still good enough for second spot, while the Lexus ES rounded out the top three. The top five best-selling vehicles in this segment during February 2022 were as follows: 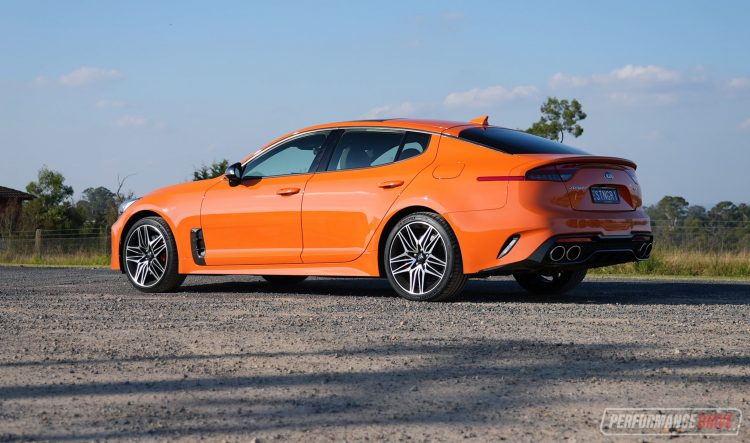 Kia Stinger sales saw a sharp spike for the month, helping to see its monthly difference return a 64.4 per cent positive. Year-to-date, the sports sedan is up 15.7 per cent. That helped to see class figures, totalling 371 units, post a 51.4 per cent increase on last February, and return 13 per cent growth YTD. The only vehicles listed in this class in VFACTS for February 2022 reported the following figures:

Wow, check out the Porsche Taycan go. It’s been on a roll lately. Although it just missed out on top spot in February, the fact that it is posting consistent results is a good sign. BMW took the overall honours with its 5 Series, with the Mercedes E-Class down in third spot.

Segment sales reached 152 units, which is down 42.9 per cent for the month and down 38.7 per cent YTD. The top five best-selling vehicles in this segment during February 2022 were as follows: 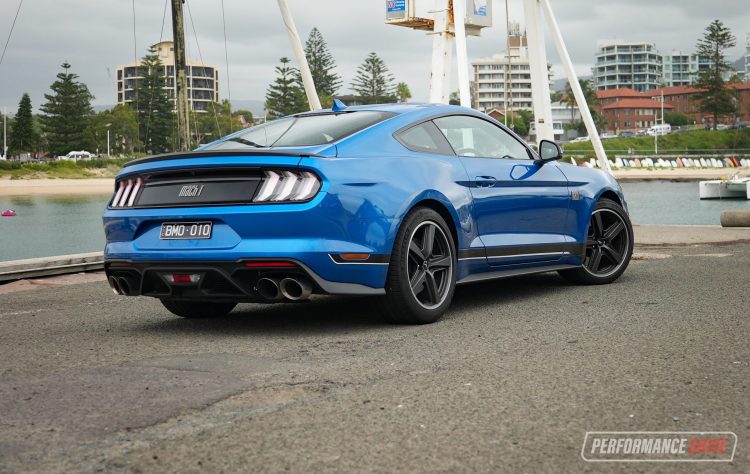 What about the fun stuff? This area will soon be stirred with the launch of the new Subaru BRZ and Toyota GR 86 twins, as well as the all-new Nissan Z coupe. Until then, the Ford Mustang keeps charging on as the most popular sports car on the local market.

Segment figures hit 432 units – we’ll keep an eye on that number going forward – in February, which is down 13.9 per cent for the month and down 29.9 per cent across the first two months of the year. The top five best-selling vehicles in this class during February 2022 were as follows:

The Chevrolet Corvette is moving its way up the field here, reporting 11 more sales than the previous month. It wasn’t enough to catch the BMW 4 Series though. Lotus Exige sales spiked to 15, enough to see it placed in sixth overall for the class, while the BMW Z4 also reported decent numbers.

Total sales in this category hit 235 units. That’s down 22.7 per cent for the month and down 8.1 per cent YTD. The top five best-selling models in this segment during February 2022 were as follows: 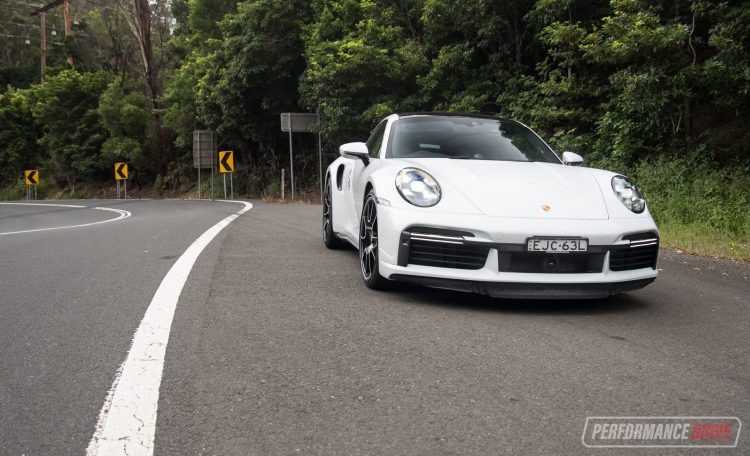 At the top end of the fun-car field, the Porsche 911 is back in top spot after a brief holiday the previous month. It has actually seen a 60.9 per cent increase in sales in February compared with last February. Ferrari continues to show good results for an exotic carmaker, and Bentley rounded out the top three.

Total class sales reached 85 units. That’s down only 1.2 per cent for the month, but down 18.9 per cent year-to-date. See below for the top five best-selling vehicles in this class during February 2022:

Interestingly, the 4×4 ute class overall is one of the only categories reporting an increase in sales compared with last February and across year-to-date. The segment, which also includes 4×4-exclusive models such as the LandCruiser 70 Series and Jeep Gladiator, recorded 16,593 sales during the month. That’s up 15.7 per cent for the month and up 9.5 per cent YTD. That effort is also around 10,000 more units than what the small car class achieved, mentioned at the start.

As we saw earlier this year, the Mercedes X-Class and VW Amarok have both been moved into the 4×4-exclusive category. So, below are the best-selling utes, specifically for models that are offered in both 4×2 and 4×4 forms, for February 2022:

In the 4×4-exclusive ute class, the Toyota LandCruiser 70 Series maintains the lead, with the LDV T60 hot on the heels of the VW Amarok. See below for the top five best-selling vehicles in this segment during February 2022: 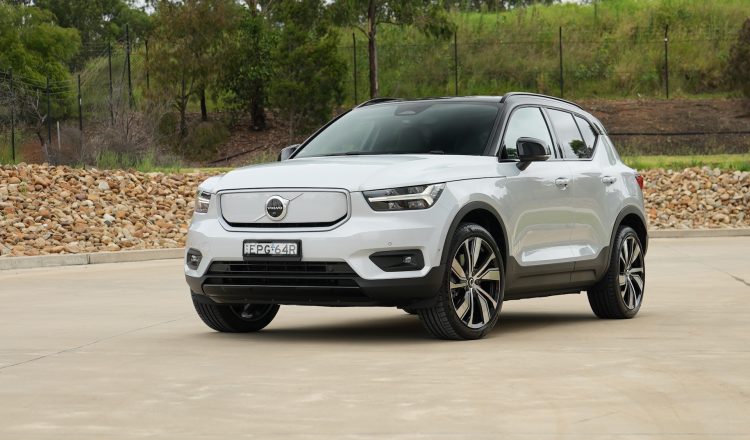 Lastly, the crazily popular SUVs. Here we see the Toyota RAV4 has bounced back to return as the overall best-selling SUV for the month. As for the best-selling premium SUV, it was the Volvo XC40.

See below for the top five best-selling SUVs in all segments during February 2022:

Total new vehicle sales in Australia in February 2022 were down on January 2022 figures. During February 2022, Australian consumers bought 85,340 vehicles according to VFACTS, as mentioned, compared with 75,863 in January. Overall sales for the month are up 1.6 per cent compared with February 2021, and down 1.5 per cent year-to-date.