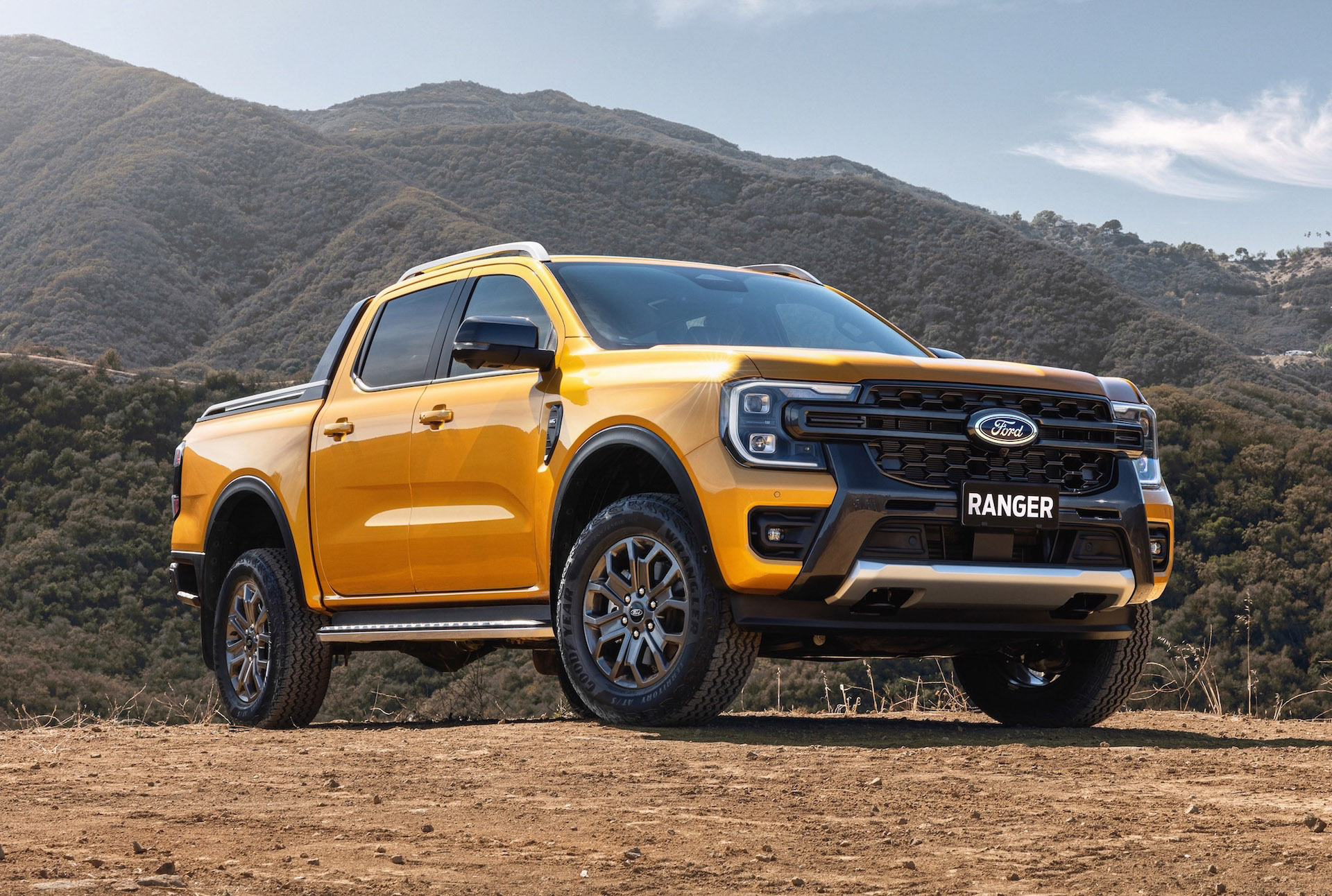 This is it. The all-new, next-generation, 2022 Ford Ranger. It boasts some tough new features, a bold look, and of course packs more technology and power than ever before. 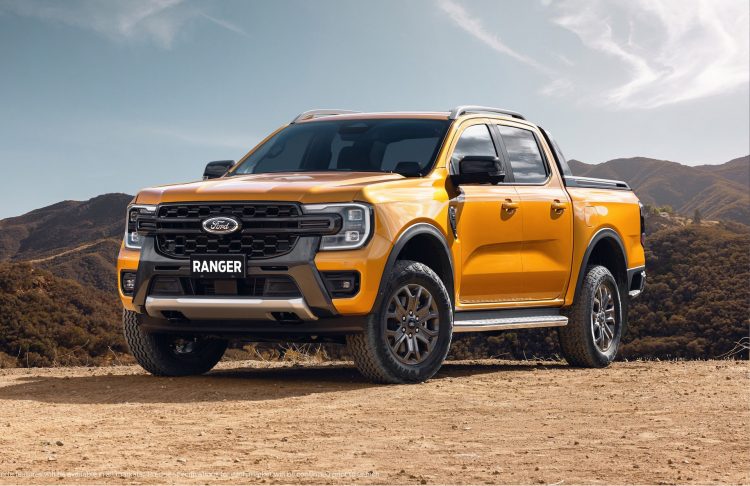 Firstly, the engines. Ford is offering three diesels and one petrol, depending on market region. That includes a new V6 turbo-diesel. Ford’s 2.0-litre twin-turbo and single-turbo diesel four-cylinder options will also carry over. Buyers will be able to option for a six-speed auto or an updated 10-speed auto, depending on the grade.

Disappointingly, power outputs and torque levels are yet to be confirmed, but the V6 is expected to come in as one of the most powerful options in its class. Pritika Maharaj, Ranger program manager, said:

“The 3.0-litre turbodiesel V6 delivers. When you drive a Ranger with the V6 turbo-diesel, it feels like a much bigger truck. And it feels really tough in the sense that it’s got endless power and torque, which is exactly what our customers wanted.” 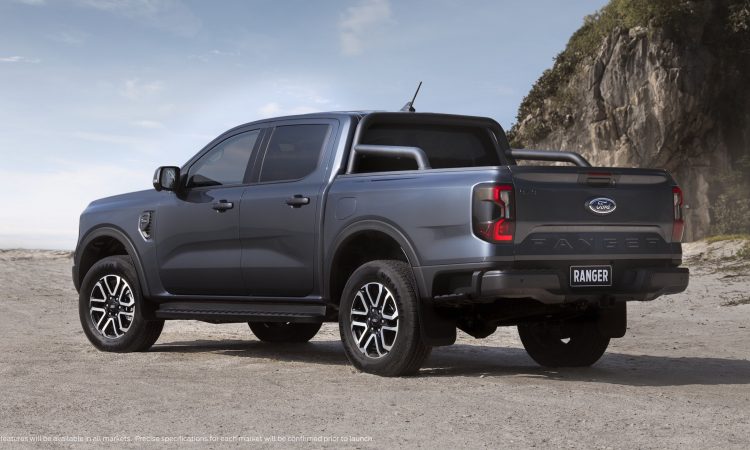 Speaking of grades, Ford Australia confirms a lineup of XL, XLS, XLT, and Wildtrak, as well as a Ranger Sport variant. All ride on a revised chassis which offers a 50mm longer wheelbase, and the track is widened by 50mm over the outgoing model.

A special hydro-formed front structure helps to open up space for the new V6 option, and the front wheels are pushed forward 50mm to open up the approach angle. Speaking about packaging and the new integrated rear side step, Anthony Hall, Ranger vehicle engineering manager, said:

“When we met with our customers and observed how they climbed up to the load box, we saw a big improvement opportunity. There were people stepping on the tyre and then going over the side of the truck or hoisting themselves onto the open tailgate.

“Widening the truck by 50mm may not seem like a lot, but it makes a huge difference, especially in the cargo box. It means that customers will be able to load flat some pretty fundamental items, such as a sheet of building plywood or a full-size pallet.” 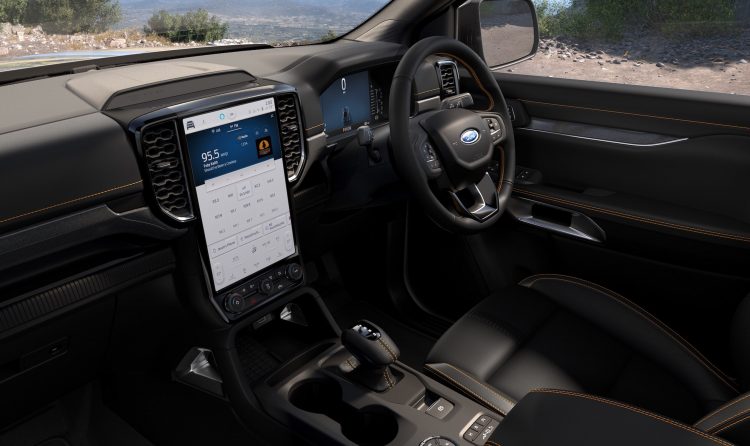 Inside is a new 10-1-inch touch-screen or a 12-inch vertical touch-screen, depending on the trim level, with Ford’s SYNC 4 operating system providing FordPass, as well as full phone integration systems and the usual apps. There’s also a new digital instrument cluster for the driver. 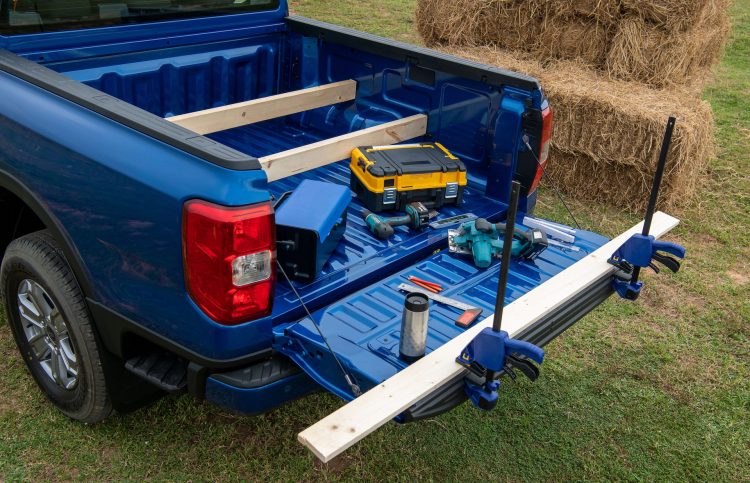 Ford will also be offering a range of almost 600 customisation options and accessories, including ARB accessories backed by Ford’s factory warranty.

Full Australian specs and variant levels will be announced closer to its launch, which is slated for around the middle of 2022.