A trade mark application for the name ‘GR Corolla’ has been found on the Australian Intellectual Property database, potentially hinting a hot hatch version of Toyota’s popular small car. 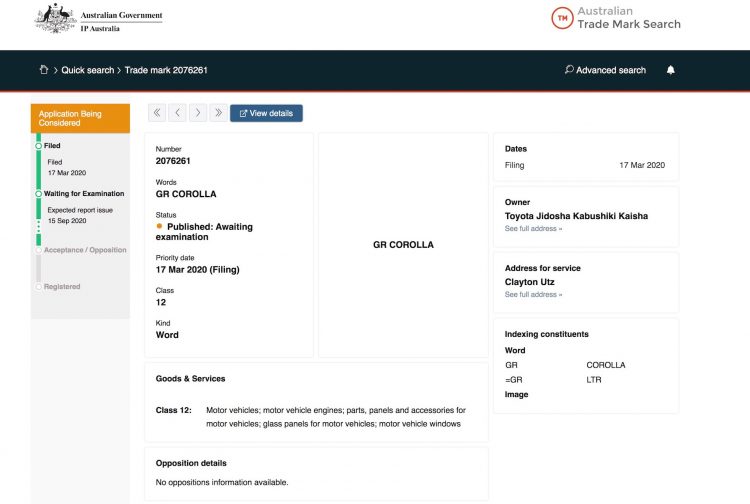 While trade marks aren’t always a guarantee that something will exist in the future, the application certainly provides some hope. The Toyota Corolla is currently the best-selling small car in Australia, yet, unlike many rivals, there is no hot hatch variant or even sports variant available in this market.

With the incoming GR Yaris featuring a rang of bespoke and very high-performance features, a GR Corolla would likely offer a similar philosophy and character. And as we know, Gazoo Racing is planning to create special versions of all core model lines within the Toyota showroom, to varying degrees.

The range kicks off with ‘GR Sport’ variants. These are mainly cosmetically-enhanced versions of existing models, showcasing a range of sporty enhancements and sometimes unique suspension. Up from that there are the GR models, like the GR Yaris and GR Supra. These are more hardcore and feature unique high-powered engines, special suspension and brakes, and an exclusive interior and exterior. 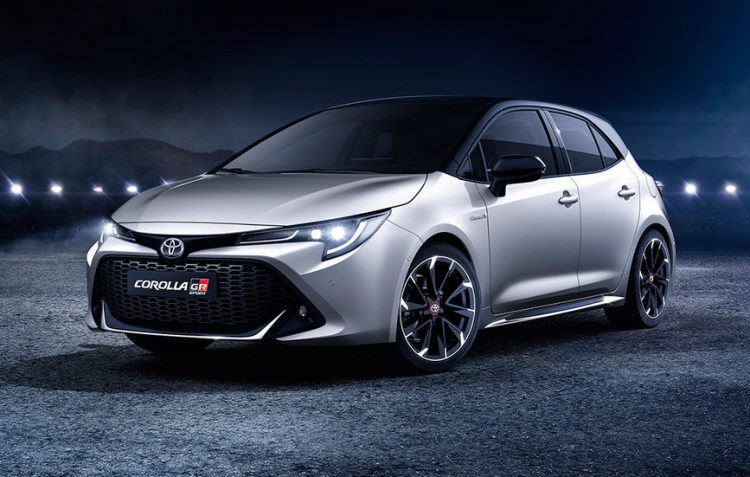 Given that the trade mark is specifically for “GR Corolla”, we can only assume such a model would follow the latter philosophy. That is, a proper performance model and not merely a cosmetic pack in the form of the Corolla GR Sport, which is already available in some markets (pictured above). The trade mark is listed in class 12, which is for motor vehicles, engines, parts, panels and accessories. According to the listing Toyota filed the trade mark on March 17.

A couple of other trade mark applications were also made on March 17, including for the names “C-HR GS-S” and “C-HR GR-Sport”. These probably cover the same model line, and, as mentioned above, could indicate a lightly-enhanced package for the small SUV. 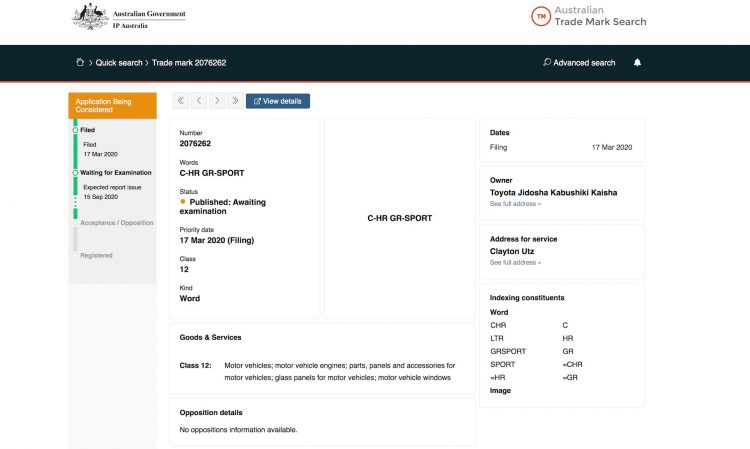 This isn’t the first time we’ve heard news of a possible GR Corolla hot hatch being under consideration. A report just a couple of months ago outlined the potential for a hot hatch to be powered by Toyota’s new 1.6-litre turbo three-cylinder engine that debuted with the GR Yaris. In the GR Yaris the engine produces 192kW and 360Nm. This could be tweaked slightly for the Corolla.

Let’s keep our fingers crossed. Such a model would go up against the likes of the Hyundai i30 N, Honda Civic Type R, Peugeot 308 GTi, and Renault Megane RS. 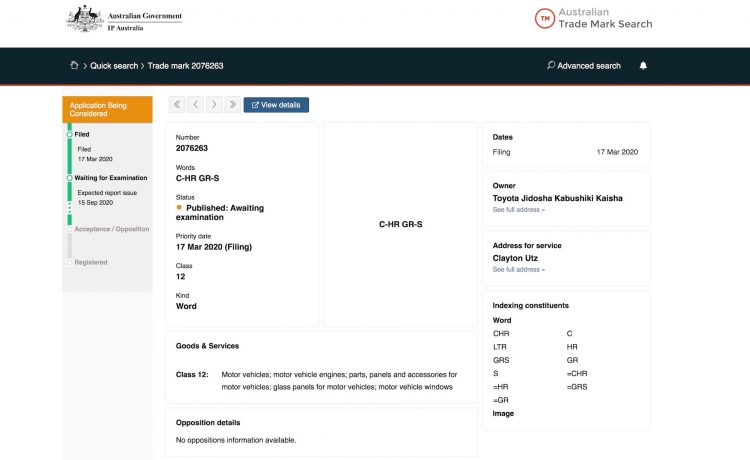