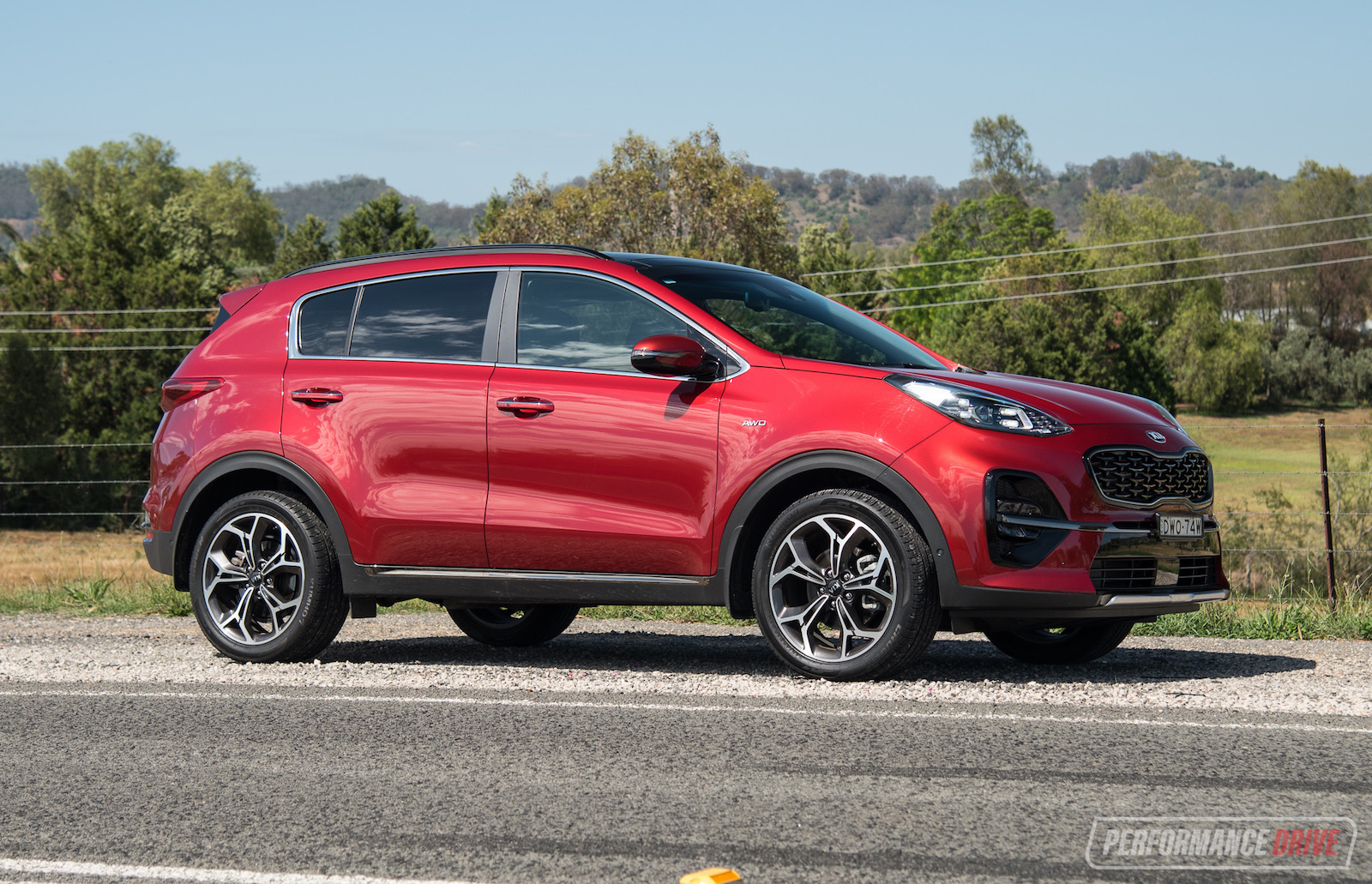 Car buyers are spoilt for choice when it comes to choosing a medium-size SUV nowadays. This causes the benchmark to be constantly fought by competitors like Kia with its latest spin on the Sportage. Make no mistake, the South Korean brand has made huge headways with some of its latest models. And the 2019 Kia Sportage is proof that you need to forget everything you knew about the once-inferior brand. 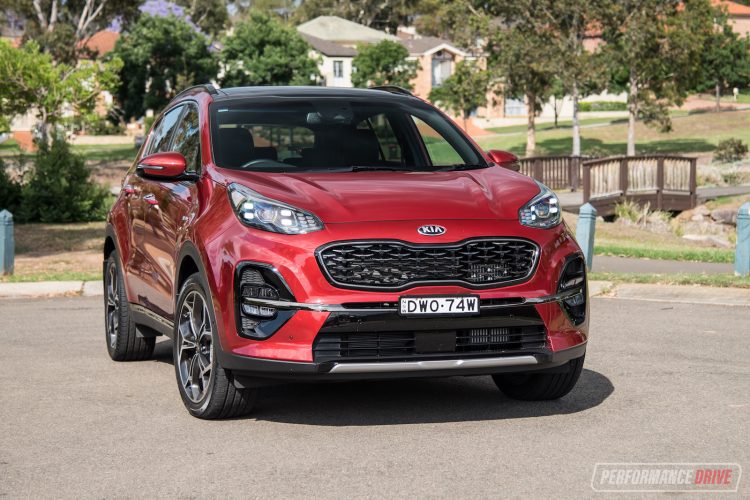 The Sportage is already a success story for Kia, with 13,003 units sold so far this year (through November). This is up 3.5 per cent over the same period in 2017. And its latest release should only continue the trend. It goes up against models such as Mazda’s CX-5, Toyota’s RAV4, Volkswagen’s Tiguan, and its brother, the Hyundai Tucson.

There are three four-cylinder engines on offer for us Down Under; a rather lacklustre 2.0-litre petrol, a thirstier 2.4-litre petrol, and the brightest of them all, in our opinion, a 2.0-litre turbo-diesel which produces 136kW and 400Nm – the most powerful of the range.

The Australian market has no less than five variants available, including the Si, ‘AO Edition’ (Australian Open Special Edition), Si Premium, SLi, and at the top, the GT-Line. All diesels and the 2.4-litre petrol are automatically paired with on-demand all-wheel drive configuration, and there is no option for a manual transmission.

Prices kick off from $29,990 for the base-model Si, and climb to $47,690 for what we’re testing here, the range topping GT-Line with the diesel option (excluding on-roads). 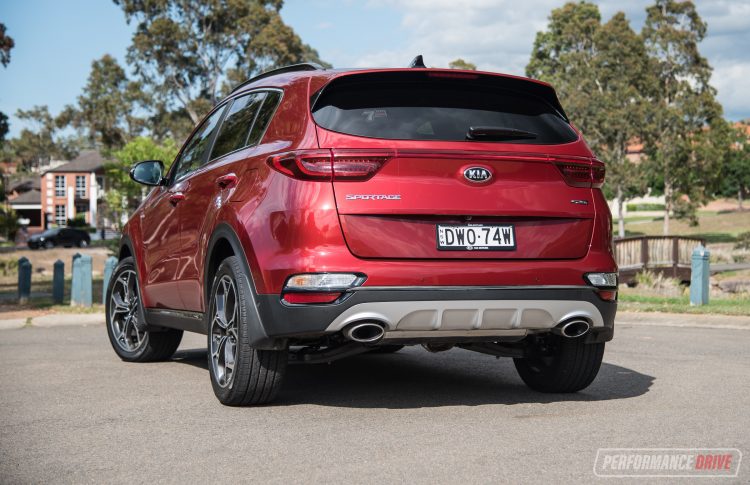 The Sportage shares the same underpinnings as the Hyundai Tucson, but it manages to possess a dissimilar looking shell to its twin brother. It takes on a well-proportioned, athletic and modern appeal. The front end adopts a high-waisted façade, with the headlights flowing over the bonnet. The GT-Line’s front and rear LED lights and four-pronged fog lights are a winner for Kia’s designers. Gloss black paint used throughout helps to give the exterior a high-quality street appeal.

On the inside, the interior continues with the freshest design cues from the brand. Everything is clean and non-intrusive to your space. Surfaces feel high in quality, except for the large red glow buttons used to control the air-conditioning. Although easy to see and use, they do look a little out-dated. But we love the layout and ease-of-use of the rest of the interior, especially the instrument cluster – it is clear and easy to read. 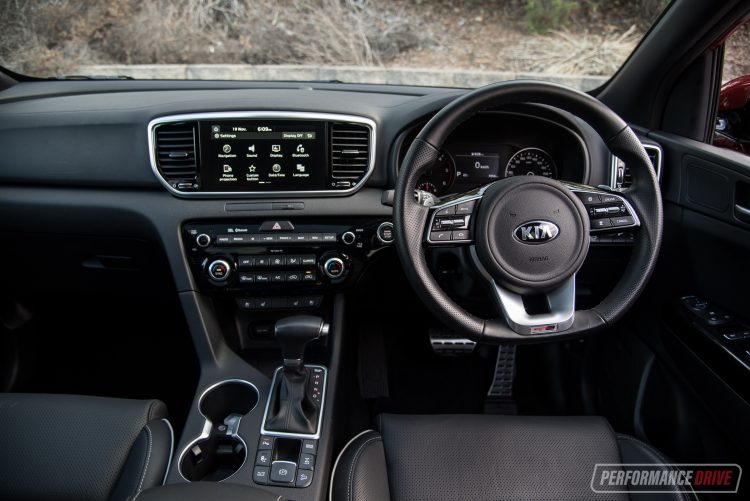 Revolutionary is one word to describe use of interior space in the Kia Sportage. There are large door pockets to throw your belongings down, a wireless charging pad, and many generous holes to store items. Getting in and out of the cabin is one of the easiest we have experienced in this market segment. Even in the second row, the rear doors are huge and open wide, which is great for growing families with child car seats or larger adults.

When seated in the rear, it’s much the same story. Your knees will unlikely hit the back of the front seats, and you’ll find plenty of headroom for a mid-sizer. It actually feels bigger than some large SUVs. Rear passengers also get a USB and 12-volt charger for their gadgets. 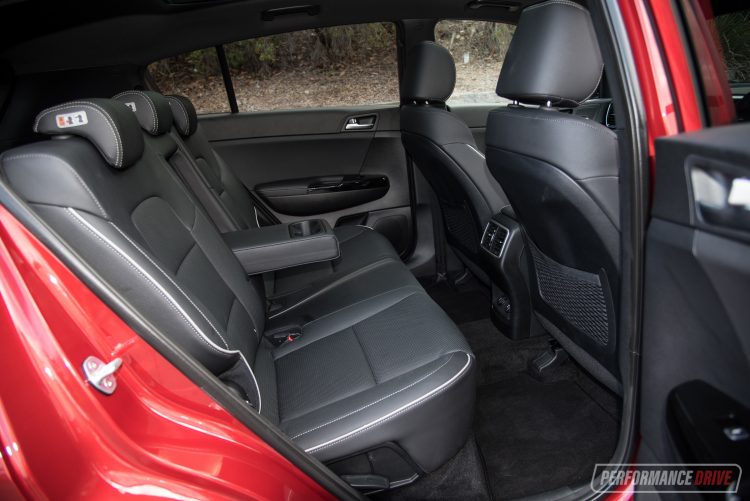 In the boot there’s plenty of room, too. Officially measuring in at 466L, or 1455L with the rear seats folded down. This makes it bigger than the Mazda CX-5’s 442L, but smaller than the Toyota RAV4’s 550L – the market leader for boot space at the moment. It is still commendable and more usable than some other boot shapes. It should also be credited that Kia gives a full-sized spare wheel, where most others use space-saving spare wheels. 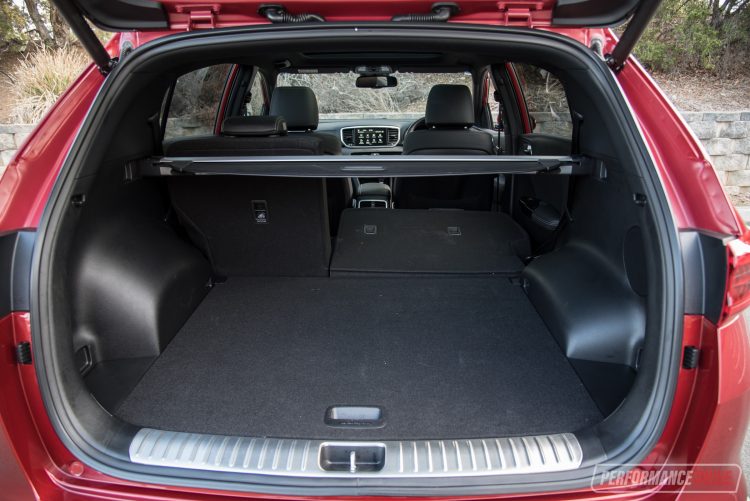 The sound system by JBL produces good quality sound. The only gripe is that you need two button presses to hop through radio channels via the touch-screen system.

The package offered in the GT-Line gives almost all you need in a car of 2018-2019. Very minor misses are that there is no boot power outlet, no option for a digital instrument cluster, and there is no speed sign recognition technology available. 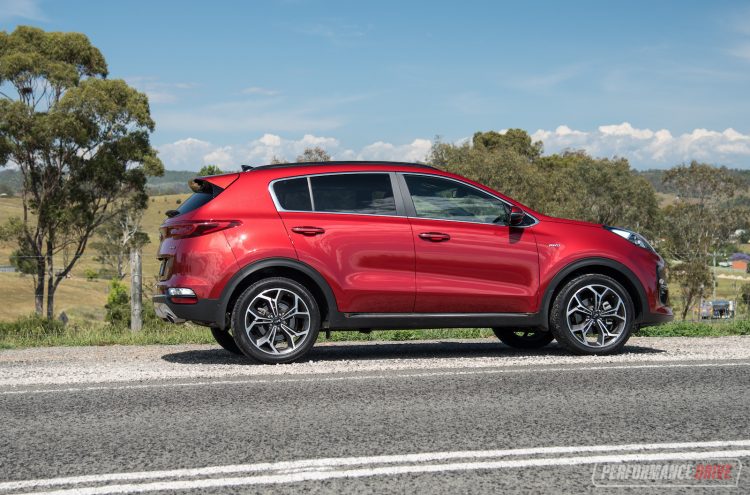 There’s more to love about the Sportage under the bonnet. The diesel engine is both smooth and responsive. In sport mode it feels like it has more than 136kW. And the 400Nm of torque kicks in as early as 1750rpm, which means you have more than enough pickup to keep ahead of city traffic. It’s a great cruiser on the freeway too, with the new eight-gear transmission helping keep the engine revs low at higher speeds. Across the 0-100km/h sprint, our testing revealed 9.92 seconds.

The new eight-speed auto is one of the more organised transmissions we’ve seen in this class. It is also one of the smoothest and seamless. It is evidently programmed with economy in mind, because it jumps to higher ratios as quick as possible under soft levels of acceleration. But that’s okay as there is loads of low-down torque available to pull you up to speed. It rarely feels like the engine is under strain. 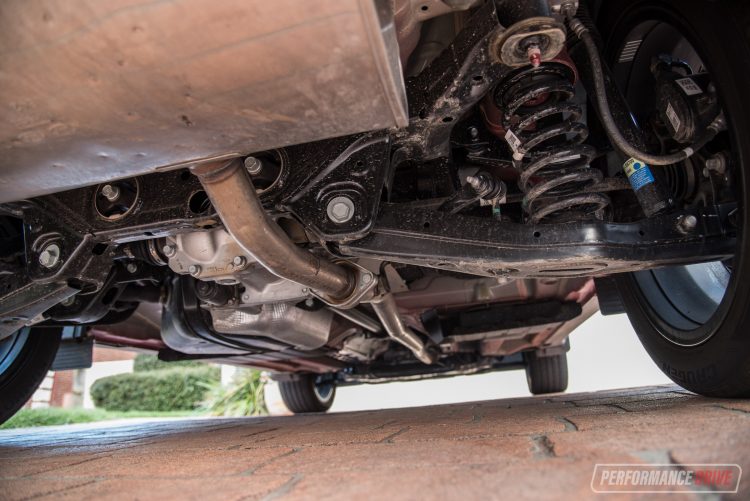 In terms of driving dynamics, the Kia Sportage is surprisingly competent for this class. It undertakes corners with minimal body roll and an appropriate amount of feedback is returned to the driver through the steering wheel. The steering wheel operates with the perfect amount of weight at low and highway speeds. This results in an easy yet sporty driving experience, for this class.

Those dynamics are actually Australian engineering at work. Kia Australia has fine-tuned the ride locally to tolerate our harsh conditions. This translates to a suitably responsive ride for rough country roads, yet pleasant for long trips. It is very smooth across the largest of Aussie potholes. All diesel models are all-wheel-drive; and there is also a button to lock the front and rear axles to the same speed – something that isn’t often offered in many mid-size soft-roaders. Although the Sportage is obviously not intended for serious off-road use, the centre diff lock will definitely come in handy for those towing boats from slippery ramps, or for those that regularly head down to the snow. 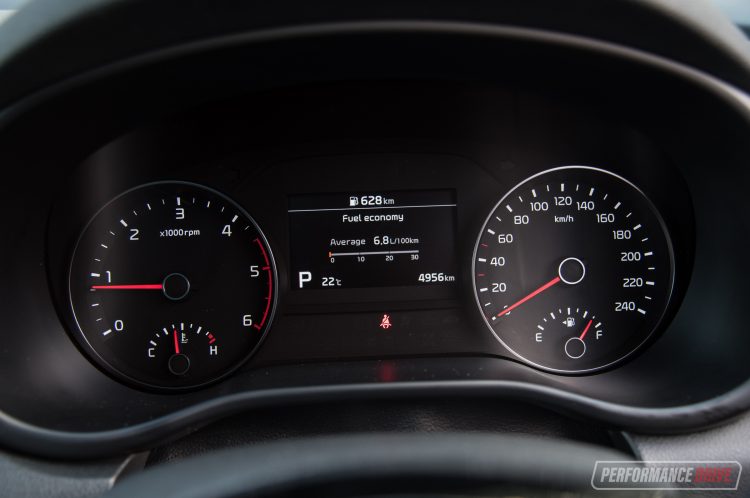 During our harsher testing we returned a fuel consumption average of 7.5L/100km over a week. Its official rating of 6.4L/100km is roughly average for soft-roaders with similar engine outputs. And given that the fuel tank is relatively large, at 62L, you can expect to travel at least 900km between fuel stops.

Kia, initially, did not have the sharpest reputation for long-term reliability, elegance, and re-sale value. Like other models in recent years, the Sportage certainly presents itself as a change in an upward trajectory for the brand. And to help lure customers, Kia offers that unbeatable seven-year/unlimited kilometre warranty. To help with running costs, servicing costs are listed upfront, and are required every 15,000km or 12 months.

The verdict is out with the Kia Sportage GT-Line. Our week with the mid-sized soft-roader has led us to believe that it comes very close to leading the segment for its intended purpose. The Sportage proves to be a technology and safety-filled SUV with enough space and practicality for a small family.

For buyers who want to do serious off-roading regularly, or tow heavy gear, you should find something else. But the reality is, most drivers won’t be looking to do that sort of thing in this space. If you like the thought of packing the car for a weekend adventure that might involve some light dirt road driving, but will predominantly find yourself scattering around suburbia, the Sportage should land high on your shortlist of worthy options.

It’s also an attractive alternative for those who scowl at the thought of driving around in an ever-common Mazda CX-5 or RAV4 – often costing a few grand more if ordered with the same kit.

CONS:
– Red backlight for instruments shows some age
– No traffic sign recognition
– No power socket in the boot