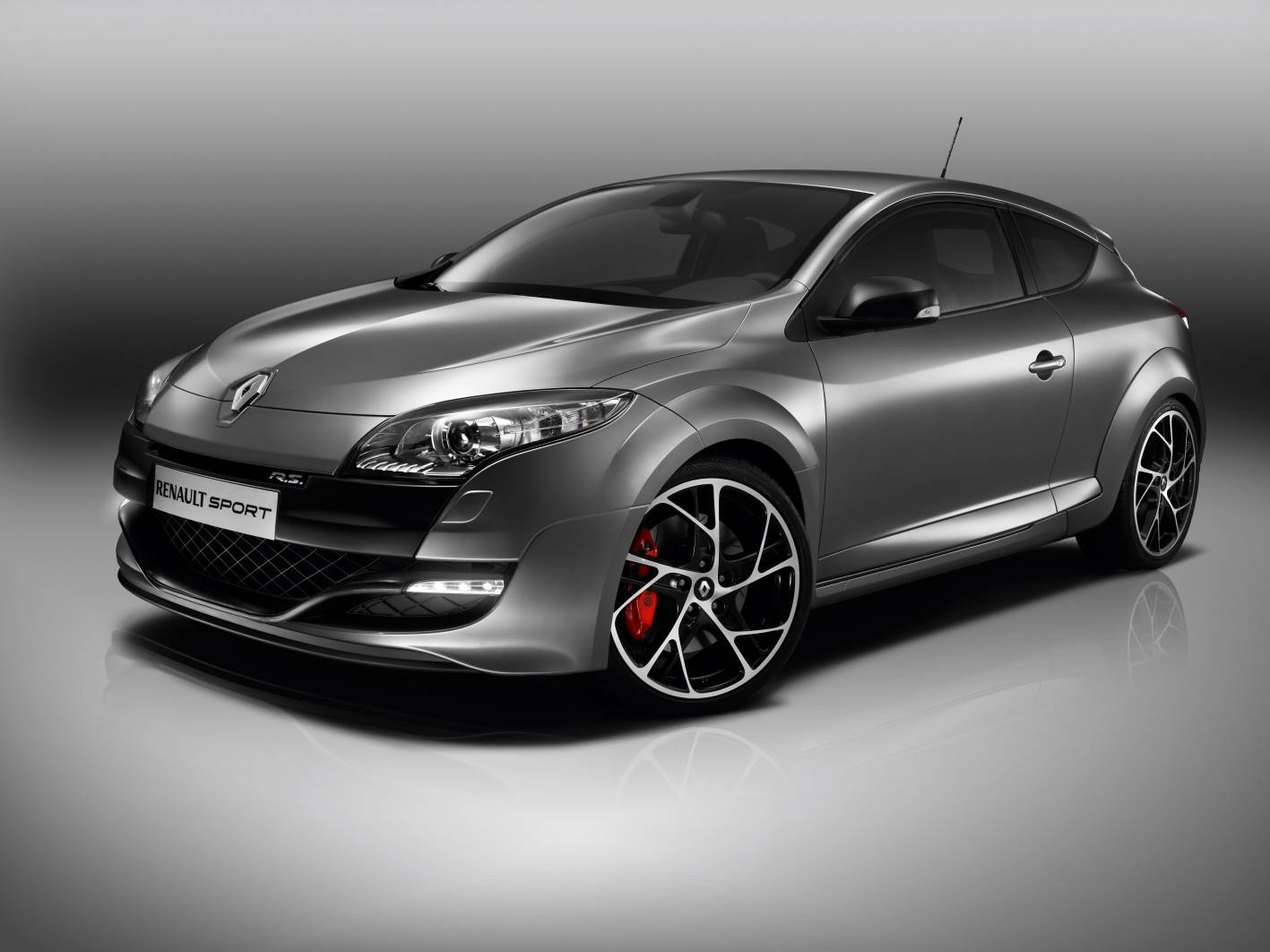 In Australia, we often miss out on some very cool European performance cars, however, one that’s been a regular here in Oz over the last 10 or so years has been the Renualt Megane, first with the Renault Megane RS Cup 225, now with the Renault Magane RS 250 Cup Trophee. The new model is certainly a force to be reckoned with. 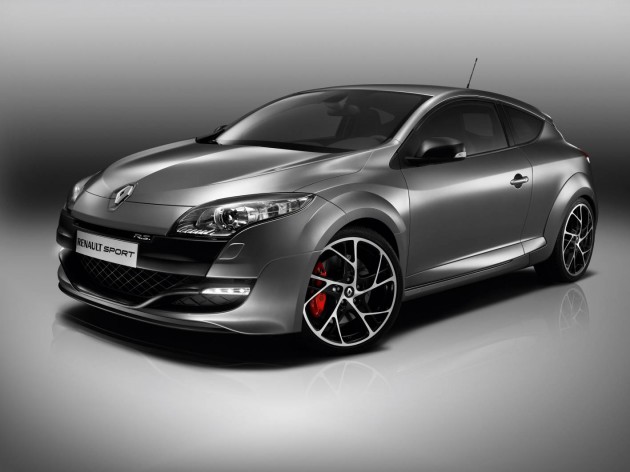 First look at the new 2011 Renault Megane Sport 250 Cup Trophee and you’ll notice the exciting new styling. On the road there isn’t many cars under $50,000 that look this intimidating. The new two-door-only sports Megane is a step in a different direction as far as styling is concerned – probably a good thing considering the previous model certainly had its fair share of critics.

Whether it’s Renault’s efforts in F1 shinning through, or just the result of a lot of thorough testing, the go-kart like feel through the wheel never fails to keep you informed

The steering in the latest Renault Megane Sport Cup is definitely the best in its segment, end of story. Whether it’s Renault’s efforts in F1 shinning through, or just the result of a lot of thorough testing, the go-kart like feel through the wheel never fails to keep you informed. Mid corner, corner entry, or even upsets in the road can’t shake your confidence; you always feel in control.

The 2.0-litre petrol turbo engine is a carryover unit from the previous model. We believe it was a smart decision to reuse the old engine, there’s no point changing something if it’s still doing its job – given this car would have been designed in the middle of the global financial crisis, this was definitely a smart move by Renault. Boost comes on thanks to a twin-scroll turbocharger delivering loads of torque low in the rev range – in fact 80 percent of the 340Nm is available at just 1900rpm. On paper the Megane’s torques figures (340Nm) are down when compared with some of its potential rivals (Ford Focus RS 440Nm, WRX STI 407Nm, and EVO X 366Nm), though, it’s hard to feel the difference behind the wheel. No matter what gear you’re in, you can always get out of trouble.

If you’re wondering if it torque steers, well, it does, but nowhere near as much as say, the Ford Focus RS. You can confidently enter a corner with speed, find the apex, and pull cleanly out of the corner with plenty of grip and speed without the front pulling about.

The ride is firm, but not enough to put you off things like city driving, or country roads. It seems to take pretty much any road in its stride. The only thing that does upset the ride is the 19-inch wheels found on the Trophee model. Given the small liquorice strip of rubber between the road and the rim, you’ll have to keep an eye out for potholes and bumps in the road or else you’ll be testing out your spinal suspension – not to mention your flat-tyre changing skills. But we guess that goes for most modern cars in general – 19-20-inch seems the norm for sports cars nowadays. 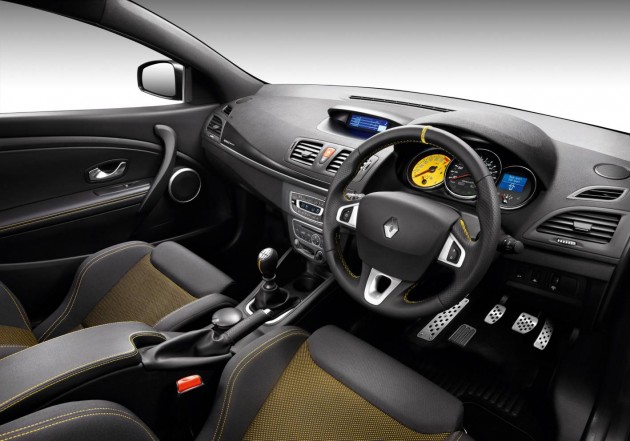 The look of the Megane is French flamboyance at its finest. The front grille keeps in line with Renault’s latest Megane design cues. The rear centre-exit exhaust and bulky rear end give the car a supercar-like poise. The C-pillar seems almost non-existent as the roof line meets the huge hips of the Megane’s rear – certainly not a bad thing at all.

The Renault Megane Sport 250 Cup Trophee has excellent ergonomics for the driving position. The pedals are nicely positioned, and you can push them as easily as you would piano keys. The steering wheel feels thick and firm in your hands, and the gear shifter has quite a nice grip on it for those times when you feel like getting athletic with the cogs. Seats are your run-of-the-mill modern-day Recaros, the same kind you’ll find in its younger brother, the Clio Sport Cup Trophee.

If we had one complaint, it’d have to be the rear vision. It’s very hard to quickly look over your shoulder to check for cyclists and other motorists. You have to take a second or two for complete reassurance – time in which should be kept for focusing on the road.

Speed is wiped off thanks to Brembo brakes all round. The four-pot front calipers didn’t even seem bothered after repeated mountain runs, over and over. We found the factory brake pads did release loads of dust though. So you unless you want to clean your wheels every day, we suggest perhaps switching to another pad compound after they’re done. 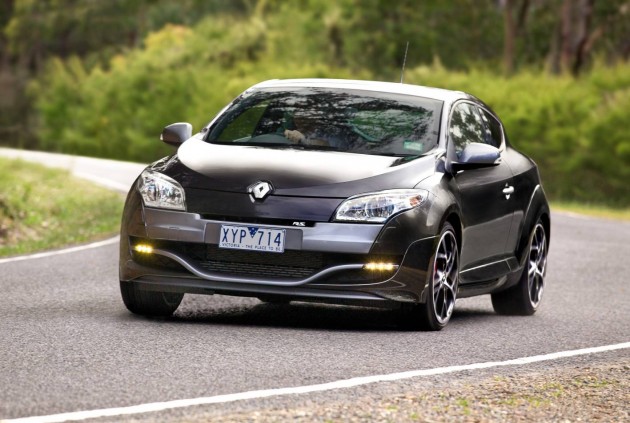 The extras you get in the Trophee model over the normal Cup version are listed as Renault Sport Recaro seats, 19-inch alloys, smart key card, tyre pressure monitor, floor mats, satin chrome door handles, electric folding mirrors and grey bumper inserts – instead of the black ones you get on the Cup, and a rear diffuser. Well worth the extra money in our opinion.

Step inside the cabin and you’ll find one of the nicest automotive offices this side of a million-dollar supercar. Everything seems very well positioned, aimed at letting the driver focus purely on driving. Build quality seems right up there with 2011 standards, too.

The Megane Sport 250 Cup Trophee is for those who love the feeling of having a car that communicates well with the driver – if you’re a fan of Bruce Lee’s saying ‘you put water into the tea pot, and it becomes the tea pot’, then the same concept can be said for putting yourself in the Megane; it’s very versatile. It’s a great car to drive everyday with loads of room and plenty of creature comforts. It also differs from the twenty-million WRXs you see on the road, and that’s not to say that WRX isn’t a great car, but you certainly won’t standout in one, not in 2011 anyway.

Use up your afternoon one Sunday and pop down to your local Renault Dealer to organise a test drive. You won’t be disappointed. It is the most composed super hot hatch on the market.