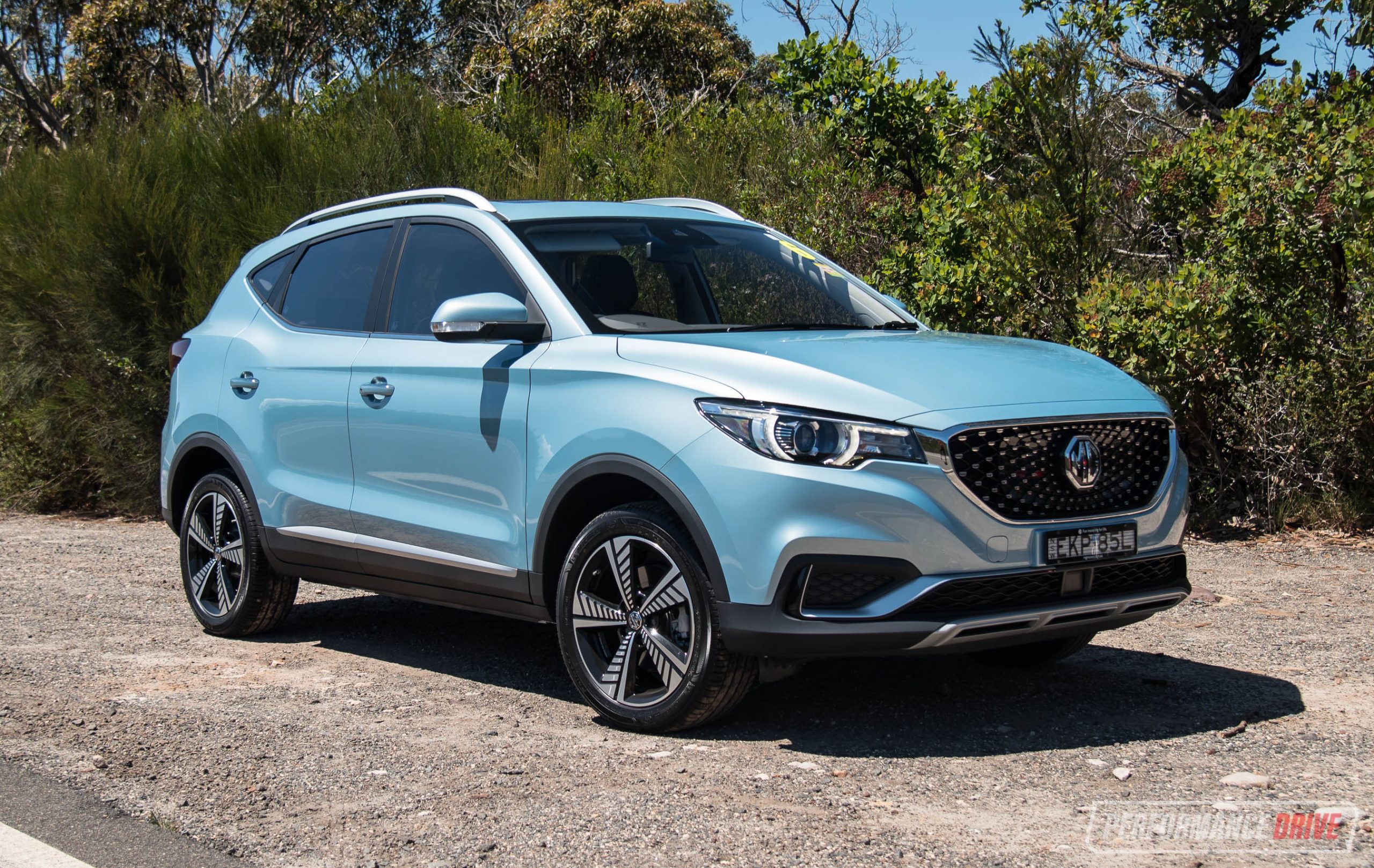 If you’ve been curious about EVs and even half-interested in buying one, but you’ve always been turned away by the price they’re usually attached to, you need to check this out. It’s called the 2021 MG ZS EV. And it is now the most affordable electric vehicle on the Australian new car market. 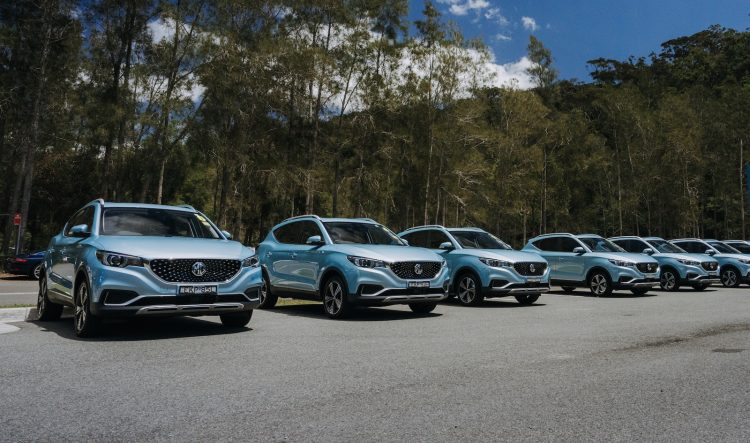 But this isn’t just a cut-price EV. You can think of it as a flagship version of a small SUV, with lots of bells and whistles, except instead of a common petrol or diesel motor this features a fully electric system. Considering that some rival top-rung petrol models are priced at around $40k, the ZS EV could be an attractive proposition. We’re here at the official Australian media launch event to find out. 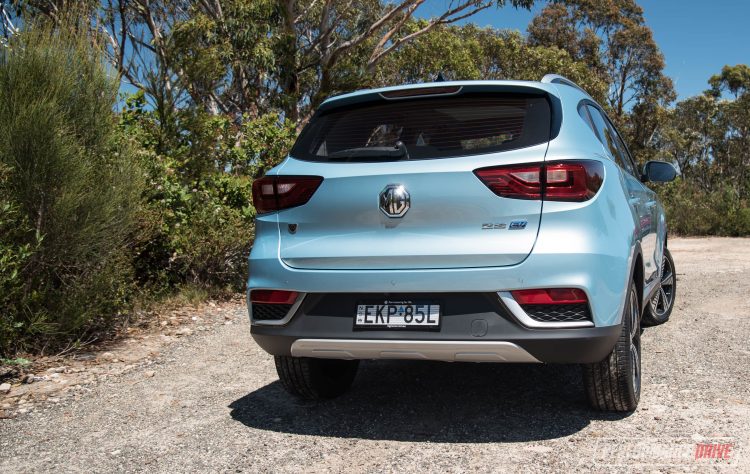 Okay, so, firstly you don’t need to be a rocket scientist to drive this vehicle or operate any of its functions. It works just like a normal MG ZS. Forward and reverse gears, a steering wheel, and a go and stop pedal. In fact, it looks pretty much exactly the same as the regular MG ZS and comes with the same features. Aside from the nifty windmill-style 17-inch alloy wheels, and a discreet badge on the back, most onlookers would be none the wiser.

Taking a closer look you might notice the centre section of the bespoke front grille pops out to expose the charging port. It presents dual compatibility, supporting both Type 2 and CCS plugs (also known as CCS2). Recharging takes around 7 hours from 0-100 per cent using a 7kW charger (a wall box or some public stations), or around 45 minutes to go from 0-80 per cent using a 50kW CCS fast charger. The MG ZS EV can also be plugged into a regular household socket but that requires around 40 hours to charge. 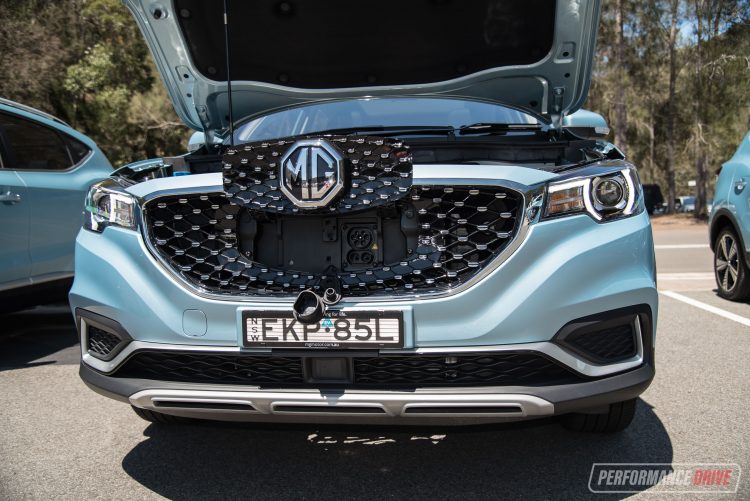 With the battery fully topped up the official WLTP combined cycle range is 263km. That puts it at the low end of the EV world. Yes, electric vehicles are pretty new in Australia so there isn’t much competition around to compare, but just for example, the Nissan LEAF offers a 270km range and the Hyundai Kona Electric is rated at 449km. Some premium electric vehicles offer a lot more than that too, but obviously you have to pay for the privilege.

You could argue that the majority of motorists out there only commute around 30-40km per day, and in that case 263km is totally fine. It just means you have reset your mind so that every day not only do you plug your phone in, but also your car. Like with your phone, if you forget to charge it, your day ahead is pretty much ruined. 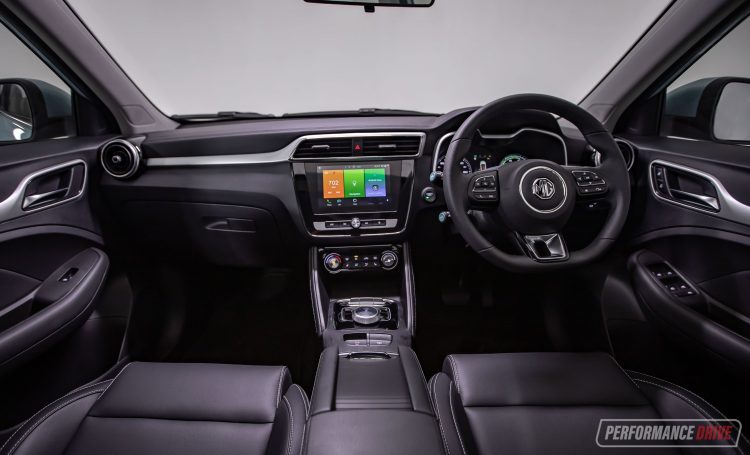 Inside, the MG ZS EV is well-equipped and offers decent quality finishes. The build quality seems sound, with no annoying rattles or squeaks. And that’s important for an electric vehicle as the drive experience is extremely quiet. In that regard, the EV variant offers more luxury and refinement than the regular ZS, and perhaps more than most other combustion-engined small SUVs.

Out on the road the ZS EV is a pleasant drive, thanks in part to the silence of the powertrain. But additionally, the suspension setting is more towards the comfort side than the sporty side. This means it has no problem managing some of Australia’s bumpy back roads. On the other hand, if you prefer a sporty drive then the ZS EV will feel a bit cumbersome. It tips into corners and leans, and the basic rear suspension can bounce around a bit, especially over poor surfaces. In scenarios like this you will find more enjoyment driving some of the established rivals. 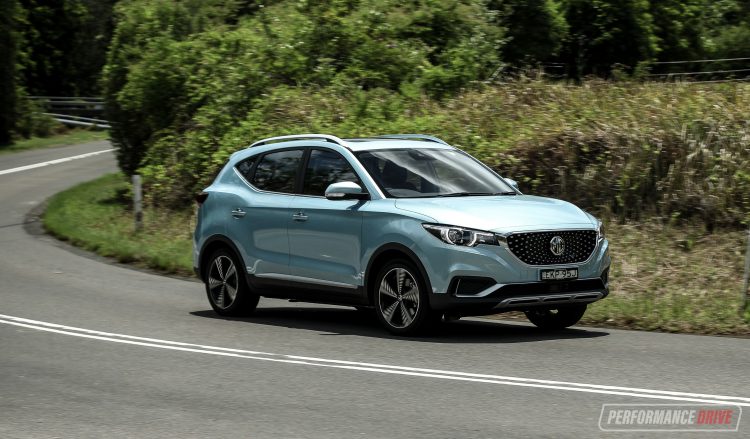 The steering feel isn’t too bad, however, MG doesn’t offer tilt and reach adjustment for the steering column. You can only move it up and down. We couldn’t quite find a natural driving position as a result, which does detract from the driving experience somewhat. Like anything though, you do eventually get used to it and find your grove.

During our test drive we kept an eye on the battery level gauge. Along the highway sections of the drive route the gauge remained still. You can also adjust the KERS (Kinetic Energy Recovery System) setting to help maintain battery level. In the highest setting you get maximum regenerative braking.

Essentially, as soon as you back off on the accelerator pedal the car will slow itself down, like you have the brake partially on. You can almost drive it without using the brake pedal at al, so long as you keep your distance from other cars and monitor the traffic flow. 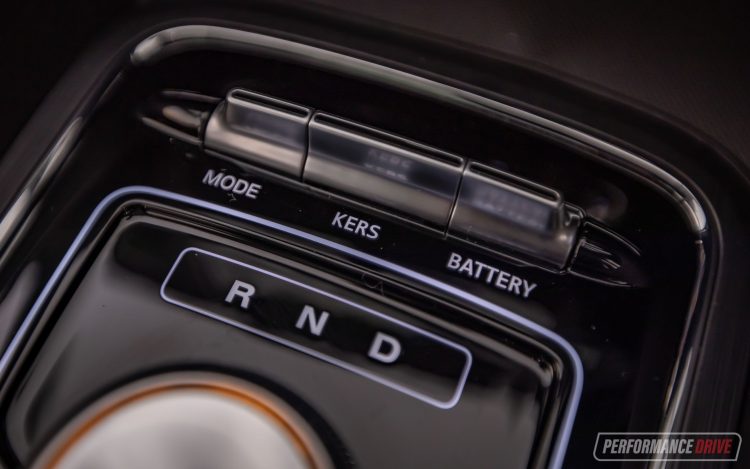 Speaking of traffic flow, it’s quite easy to stay ahead of the pack thanks to the instant power and torque of the electric motor. Off the line it is effortlessly brisk, and the mid-range pull is reasonably strong thanks to the immediate availability of 353Nm.

At the top end it does start to run out of puff, but no more than some of the equivalent petrol small SUVs on the market. We managed to sneak in some 0-100km/h tests during this drive with the Vbox and it returned a best result of 8.20 seconds. That’s exactly what MG claims.

Over the entire drive day the battery gauge dropped to around 15-20 per cent. Considering we weren’t being careful with the throttle, and even did some acceleration runs, that’s not bad at all. In other words, the range of 263km seems very plausible.

Well, we didn’t really know what to expect from the Chinese-made MG ZS EV. Yes, it is the cheapest EV on the market, but it’s not some cheap and nasty project car. This offers all of the creature comforts and the same level of refinement as the regular ZS, only with the added benefit of peaceful, zero-emissions driving.

If you’re considering an EV, perhaps as a second car, this is worth a look. It’s smooth, reasonably powerful, accommodating and spacious inside, and seems to be quite well made. MG offers a five-year warranty and five years roadside assistance, and an eight-year warranty for the battery, too. All of this could be the perfect grounds to try out EV ownership for the first time.