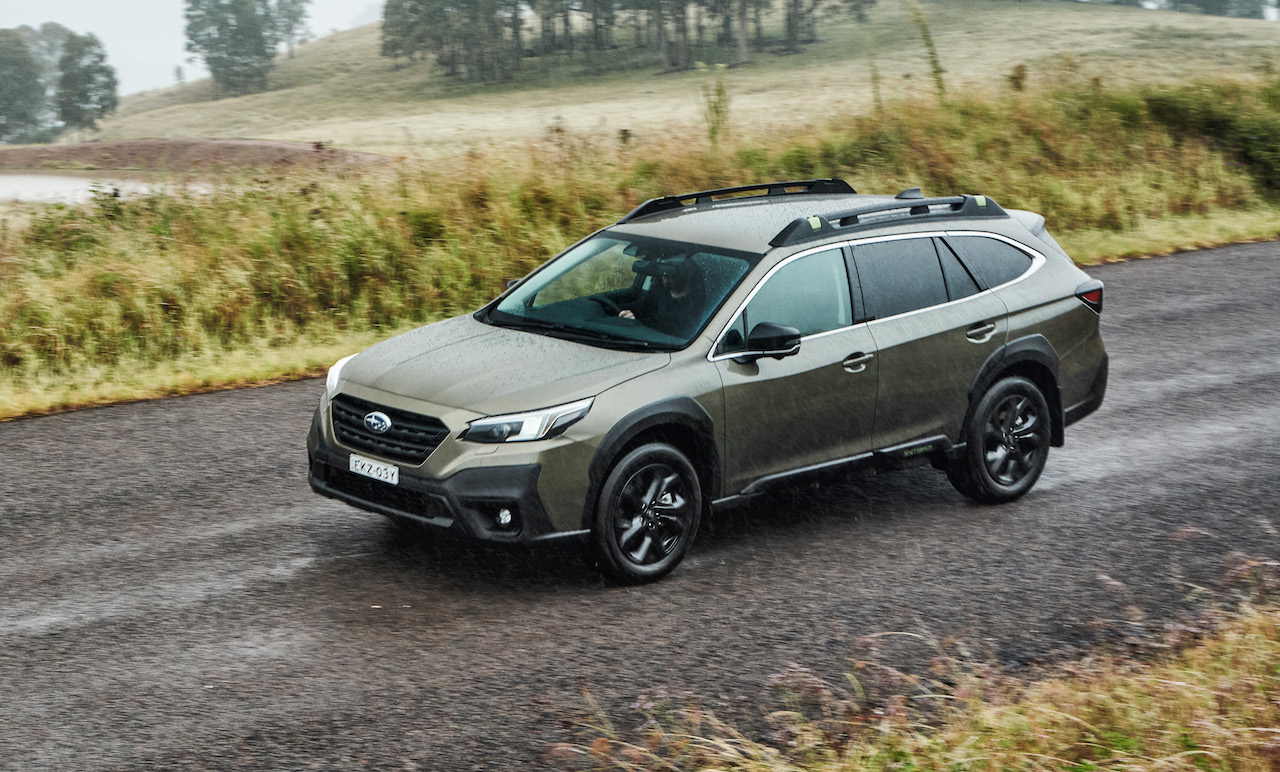 It’s been another cracker month for new vehicle sales in Australian, during March 2021, with VFACTS figures revealing a 13 per cent spike across year-to-date and a 22.4 per cent boost compared with March last year. 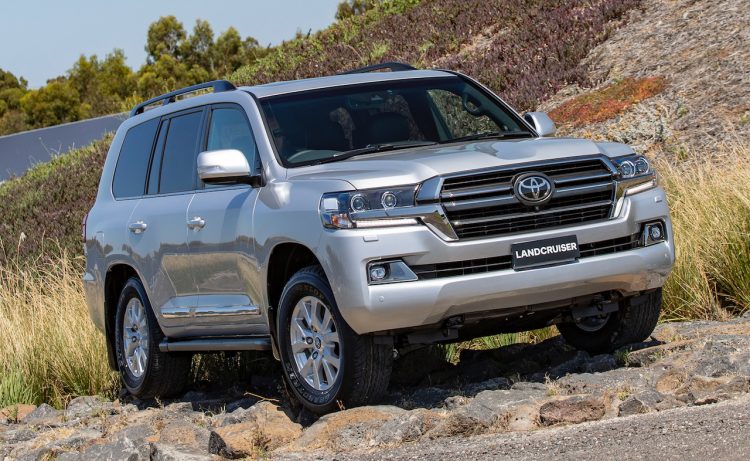 Obviously 2020 isn’t exactly a good year to compare to, but at least the latest results show a definite sign of repair. Since the beginning of this year, new car sales have continually been increasing, from 79,666 units in January, to 83,977 units in February, and in March the tally was 100,005 new vehicle registrations.

Aside from the regulars at the top, MG maintains its strength and held a spot in the top 10, albeit dropping from eighth position in February to 10th in March. Subaru also pushed Mercedes-Benz back out of the top 10 with a stellar effort, mainly thanks to the popularity of its new Outback (more on that later). Other than those changes, most car brands remained in the same or similar positions. See below for the top 10 best-selling vehicle brands in Australia during March 2021. The figures in brackets are from the previous month. 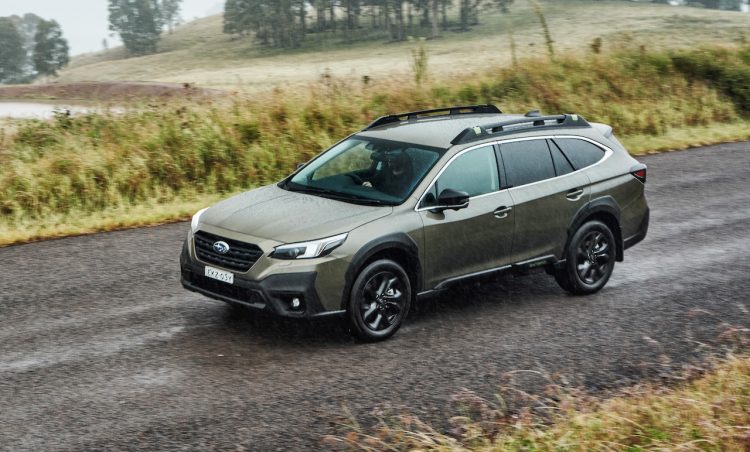 The Toyota HiLux power-punch continues to demonstrate it strength, with whopping sales in March firmly enforcing its position at the top. Ford’s Ranger was over 1000 sales behind it, although reaching high numbers. Further down in the top 10 list we see the Toyota LandCruiser wagon moved into eighth spot, while the Mazda CX-5 moved up into fourth spot. The top 10 best-selling vehicles in Australia during March 2021 were as follows:

Small cars are topped by the Corolla, but further down we see the Mazda3 has crept back up into third spot following a stint in fourth position. Overall segment sales topped 9764 units, down 12.3 per cent for the month and down 18.2 per cent YTD. See below for the top 10 best-selling small cars in Australia during March 2021: 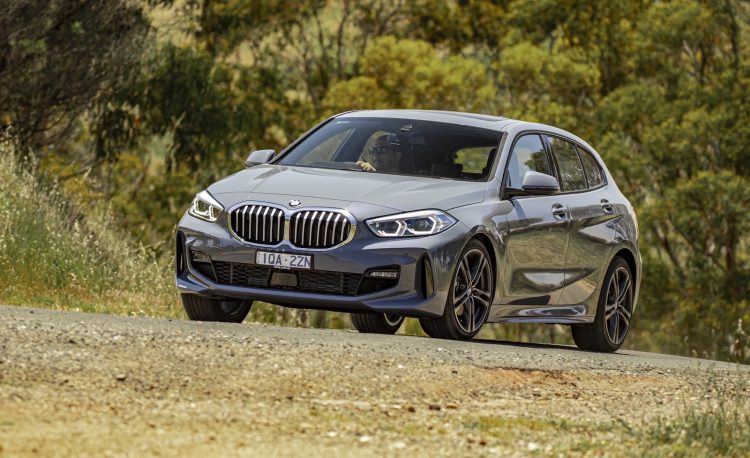 Here we see the BMW 1 Series is getting very close to the popular Mercedes A-Class, with the BMW 2 Series Gran Coupe also chasing not too far behind. The Nissan LEAF jumps into the top five, pushing out the MINI Clubman.

Overall class figures hit 1097 units, down 20.6 per cent for the month and down 15.8 per cent YTD. The top five best-selling vehicles in the class during March 2021 were as follows:

Into the humble mid-size sedan class and it’s the Toyota Camry that continues to soar above its rivals. Obviously a big chunk of units would be attributed to fleet and taxi services, but still, these services could and sometimes do turn to other segment vehicles.

Segment figures topped 1164 units for the month, down 38.9 per cent for March and down 31.8 per cent across year-to-date. The top five best-selling vehicles in this class during March 2021 were as follows: 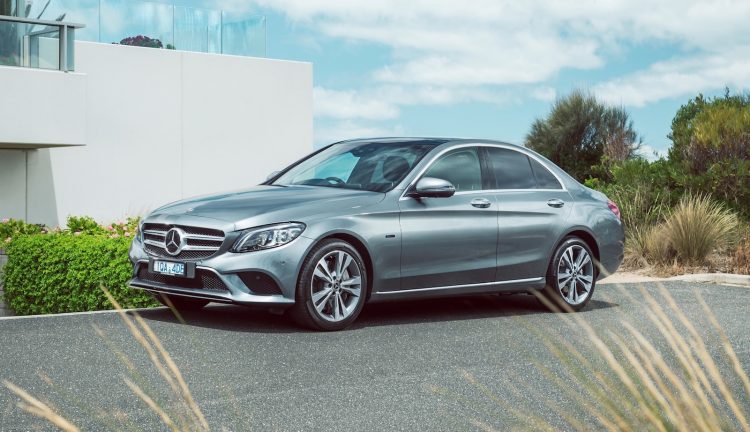 Over in the premium sector and we see BMW has jumped back into the lead, overtaking the Mercedes C-Class. These two often tango for top spot, and sometimes alternate positions in perfect harmony. Further down, the regulars make up the top five.

Overall segment sales hit 1405 units in March, up an impressive 50.4 per cent for the month and up 15.9 per cent YTD. The top five best-selling vehicles in this class during March were as follows:

In this dwindling class, the Kia Stinger is pretty much the only contender, although the Skoda Superb is just hanging in there. Sales of the Holden Commodore have now ceased, with consecutive zeros being reported.

The class saw just 239 sales overall during the month, down 15.5 per cent for the month and down 30.6 per cent across YTD. The only vehicles on sale here during March reported the following figures: 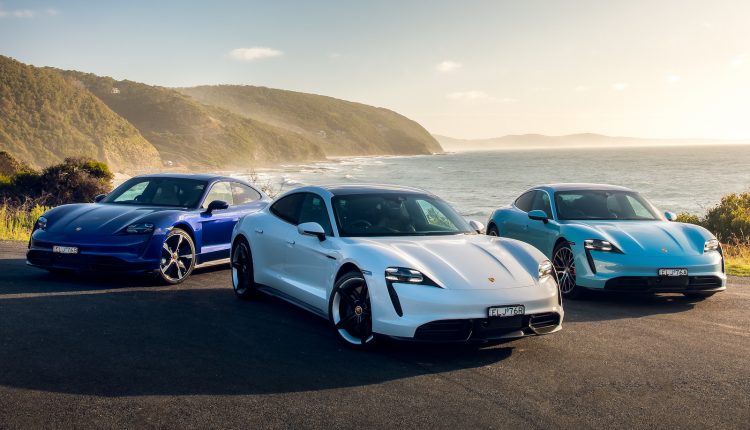 Stepping up to the premium large cars and it’s the Porsche Taycan that leads the way. The fully electric sports sedan has only just arrived in Australia (review coming soon), but it is proving to be highly popular already, surpassing the favourites from BMW and Mercedes-Benz in this segment.

Segment sales topped 394 for the month, up 144.7 per cent for March and up 66 per cent for the first three months of the year. The top five best-selling vehicles in this segment during March 2021 were as follows:

Interestingly, for the first time in as long as we can remember, the Ford Mustang wasn’t the best-selling sports car of the month overall. In March, the crown went to the Mercedes C-Class two-door. What’s perhaps more interesting is the fact the C-Class two-door is one of the oldest models in its class, and actually even the Ford Mustang has received bigger updates during the course of the current C-Class’s lifecycle.

It’s not so much the C-Class has posted impressive figures, although it is going strong, it’s more that Mustang sales are down quite a bit on its usual numbers. In fact, for the month of March, sales are down 57.9 per cent compared with last March for the ‘Stang.

Entry sports car class figures topped 452 units in March, down 14.2 per cent for the month and down only 2.9 per cent YTD. The top five best-selling vehicles in this segment during March 2021 were as follows: 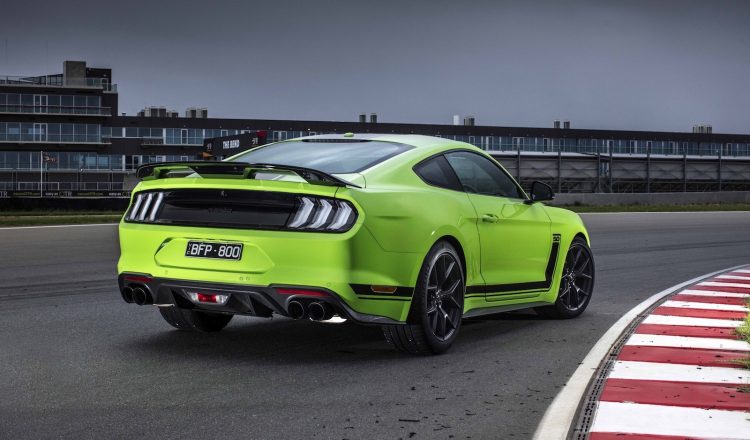 As mentioned, the C-Class two-door came home as the favourite. Arch rival BMW 4 Series isn’t far behind, but then it’s a big drop to the other main contenders. Toyota Supra sales hit just 13, with 12 BMW Z4s, and 4 Jaguar F-Types. The Lexus LC saw 5 sales.

Class figures reached 410 during the month, up an eye-opening 74.5 per cent compared with last March, and up 14.7 per cent YTD. The top five best-selling models in this segment during March 2021 were as follows:

At the top end, the Porsche 911 remains king. Ferrari had a decent month too, good enough for second favourite, while Aston Martin rounded out the top three.

Segment figures reached 79 units, down 30.1 per cent for the month of March and down 31.9 per cent YTD. See below for the top five best-selling vehicles in this class during March 2021: 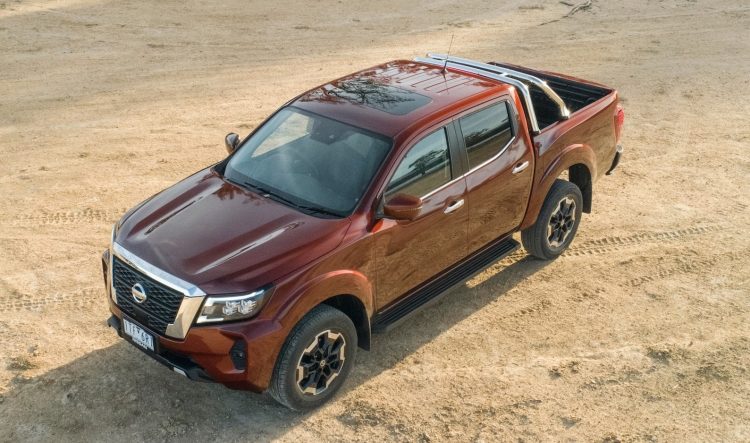 Here in one of the most popular classes of all, the Toyota HiLux dominates, as mentioned, with the Ford Ranger in a distant second. Further down the list the new Nissan Navara continues to post decent figures, while the latest Isuzu D-Max is remaining strong but lost its third-place position in February, down to fourth for March due to success of the Triton.

In the increasingly popular 4×4-only ute category, the Jeep Gladiator (128) and Chevrolet Silverado 1500 (160) just missed out on the top five, while the ever-popular Toyota LandCruiser 70 Series dominated the charts. The top five best-selling 4×4 utes during March 2021 were as follows: 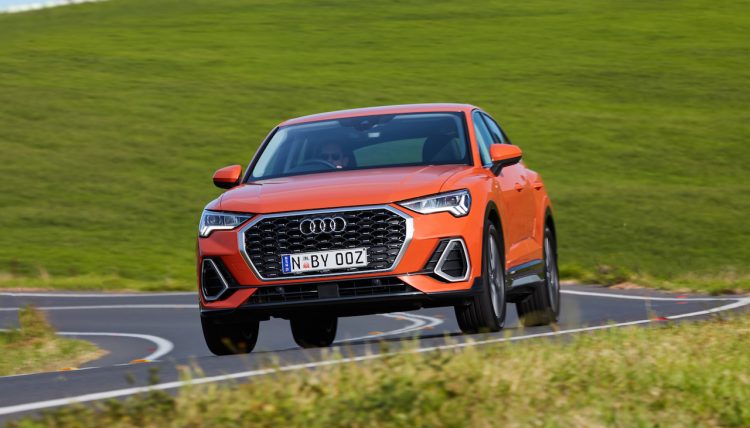 The Toyota RAV4 was once again the most popular SUV overall, while the Audi Q3 was the most popular premium SUV outright in March. In other areas we see the new Subaru Outback has forged its way to the top of its segment, and the MG ZS has done the same, while the Mercedes-Benz GLB scored great numbers. The top three best-selling SUVs in all segments during March 2021 were as follows:

As mentioned, total new vehicle sales in Australia in March were up on February 2021 figures. During March 2021, Australian consumers bought 100,005 vehicles according to VFACTS, compared with 83,977 in February. Overall sales for the month were up 22.4 per cent compared with March 2020, and up 13 per cent YTD.