Jeroen Bleekemolen has won a Porsche 911 GT3 Cup race at the Baltimore Grand Prix, even after losing his wheel and getting out to collect it after a minor incident. 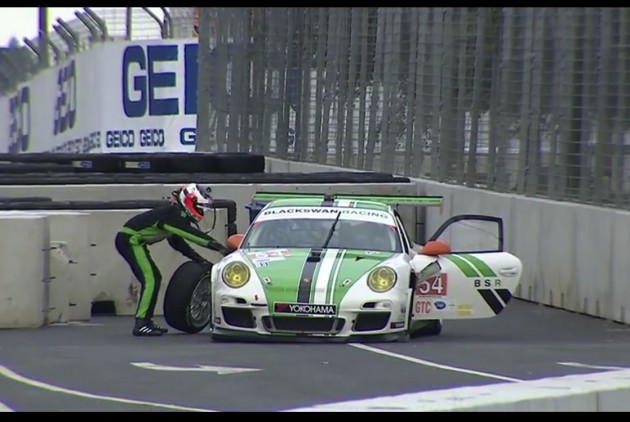 Now this is the kind of quick thinking you don’t normally see in motorsport. Jeroen Bleekemolen, a top notch Porsche 911 GT3 Cup race driver, recently lost a wheel while qualifying at the Baltimore Grand Prix in the US.

The rules in this particular race state that all racers have to start the race with the same tyres they qualified on. It wasn’t until after Bleekemolen threaded the Porsche 911 GT3 through a series of tight chicanes to get back to the pits that he realised he lost the wheel.

Having already recorded the quickest pole-position time, Jeroen Bleekemolen remembered the rule. So what did he do? He stopped the three-legged Porsche 911 GT3 Cup car and ran back to collect the wheel and tyre. 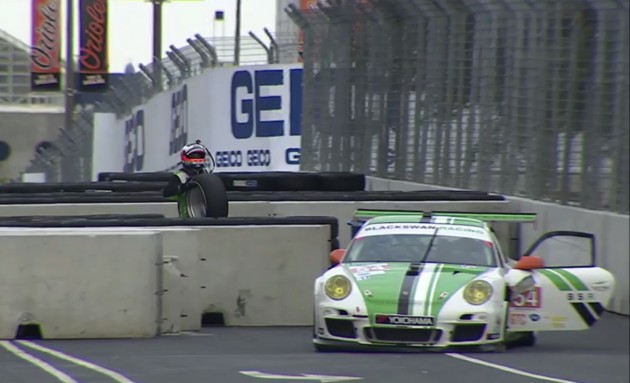 It may sound pretty silly but Jeroen Bleekemolen actually went on to win his race after starting on pole, with the tyre.

Click play on the video below for the strange tyre-collecting incident.