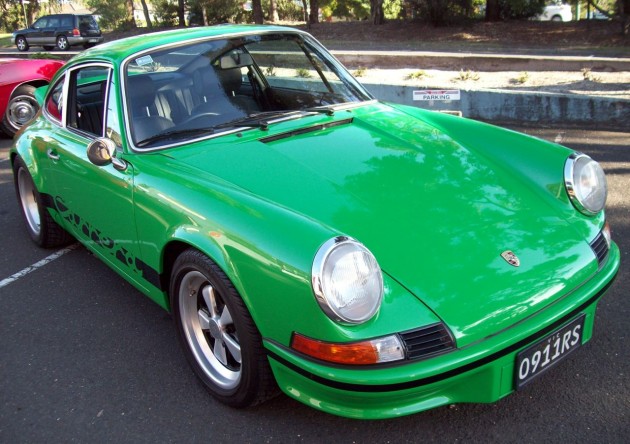 Based on the awesome Carrera 3.2 imported from Europe, this 911 has had a complete RS conversion by an RS specialist. It features all the body trimmings you find on the original RS, except it comes with the robust and powerful 3.2-litre flat six engine, producing around 172kW.

The Carrera 3.2 is the model to have, in terms of modern-ish technology with fuel injection, and in terms of its attainable price range. The true ‘231hp’ Carrera 3.2 versions weren’t ever brought to Australia; you had to import them. This example was imported new back in 1988. 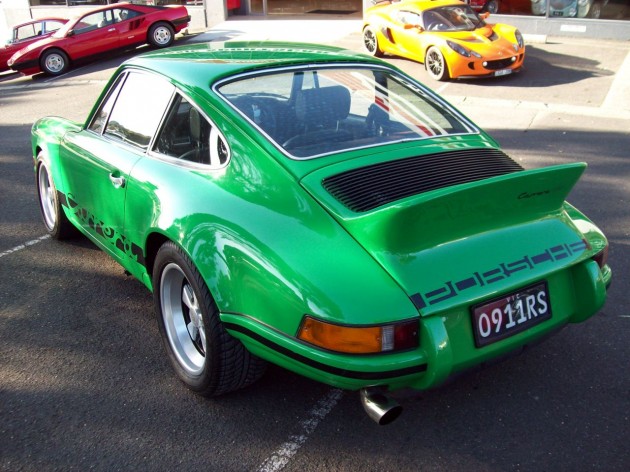 According to the classified, this RS replica has received some tuning work to the engine, and features 964 911 ‘Cup’-spec camshafts. An overall power output hasn’t been mentioned, but it’s fair to say it would produce at least the standard 172kW, despite being almost 25 years old.

In standard form, the 3.2 G50 Carreras could perform 0-100km/h in around 5.4 seconds, making it a very quick car, even by today’s standards. 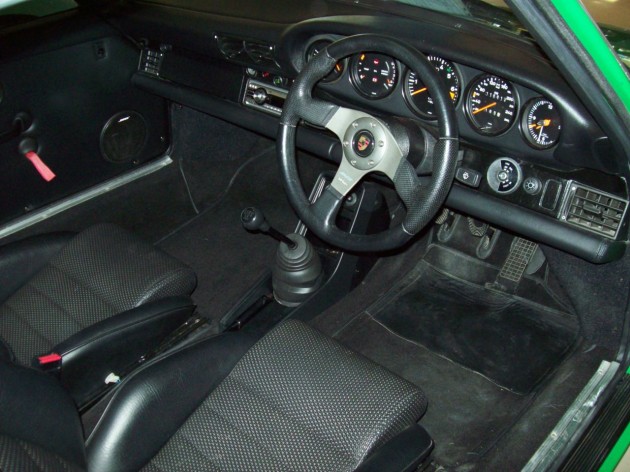 Inside, the interior is just as immaculate as the exterior, with RS bucket seats, a sports steering wheel, and that iconic G50 transmission long kinked gear lever poking up through the middle. The owner has also fitted a modern CD/MP3 player to keep up with the times.

This is one of those cars you have simply to take for day-long runs around the high country, listening to that flat six roar. These later model Carrera 3.2s fitted with the G50 gearbox are also suitable for track days, with a highly regarded drivetrain and front and rear disc brakes.

To check out the full details of this 1988 Porsche 911 Carrera RS replica, simply head over to the HealeyFactory website. The car is priced at $75,000, making it a bargain compared with a real RS.