2021 Audi A3 Sedan revealed, looks as stunning as ever

Audi has unveiled the all-new 2021 Audi A3 sedan following the debut of the muscular 2021 A3 Sportback last month. The sedan is now in its second generation and comes packed with more technology than ever before, while also introducing new levels of refinement, and of course a stunning new design. 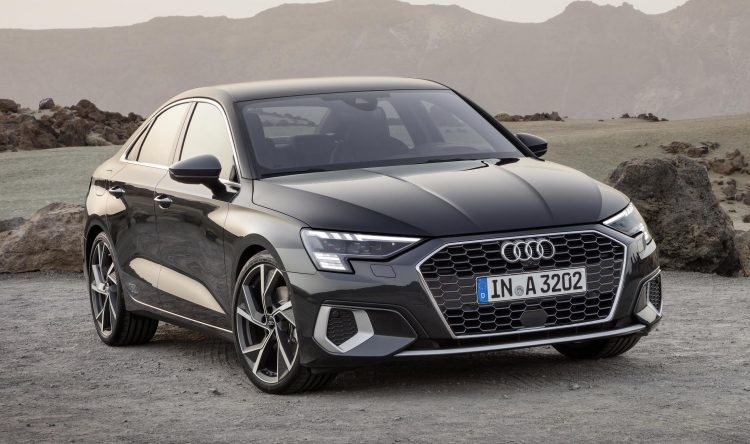 If you were wondering how Audi could make the sedan look as muscular as the new A3 Sportback, wonder no more. Audi has pulled it off. Both the front and rear wheel arches are superbly bolstered, with 20mm added to the overall width. The 2021 model is 40mm longer and 10mm taller than the predecessor as well, while riding on the same length wheelbase.

Underneath it all Audi says some refinements have been made to the suspension so it is a “touch more precise” than the previous model. This, according to Audi, is chiefly thanks to a new central dynamic handling system which optimises communication between all key components. Buyers can also go a step further and option sports suspension with adaptive dampers.

From launch Audi will be offering overseas markets (Australian details yet to be confirmed) two TFSI petrol engines and one TDI diesel. A 35 TFSI includes a 1.5-litre turbo-petrol that produces 110kW, matched to either a six-speed manual or seven-speed S tronic dual-clutch auto. 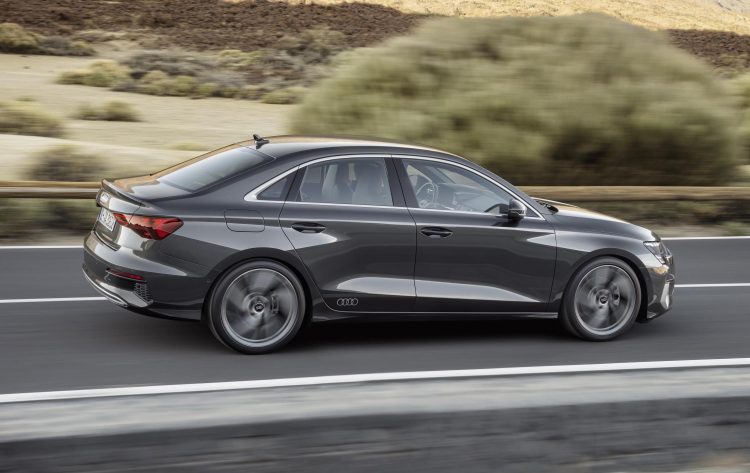 A 1.0 TFSI three-cylinder petrol will follow, developing 81kW. This will also be available with a manual transmission or an S tronic dual-clutch auto. Going for the auto sees 48-volt mild-hybrid technology work itself into the system, helping to improve efficiency.

For the diesel fans a 2.0 TDI consists of a 2.0-litre turbo-diesel four-cylinder that produces 110kW. It comes with an S tronic auto as standard. A 30 TDI, developing 85kW, will follow later down the track, featuring a six-speed manual. 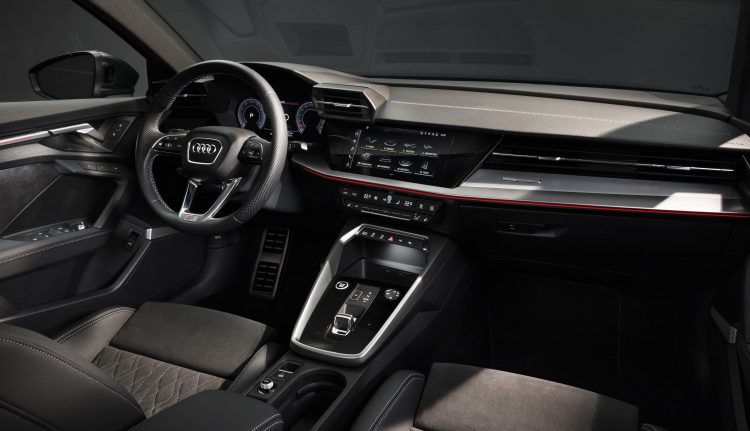 A 10.25-inch fully digital screen is nestled within the instrument cluster for the driver and offers a range of display features and crisp graphics, while upper models use a 12.3-inch screen offering three different viewing themes, such as sporty readouts and unique colour schemes.

Thanks to the increases in external dimensions, elbow room inside is increased and headroom has moved up by 20mm in the front. Right at the back the boot measures in at 425 litres, which is the same as the predecessor.

Audi says the 2021 Audi A3 sedan will be available to order in parts of Europe from later this week, with the first deliveries scheduled to commence during the norther summer. Australian details are yet to be confirmed.

UPDATE: Audi Australia has sent out the following statement:

“The all-new Audi A3 Sedan is expected to arrive in Australia in the first half of 2021. Further details on specific models, pricing and specification will be announced closer to launch.”

BMW M5 CS revealed: most powerful ever, confirmed for Australia