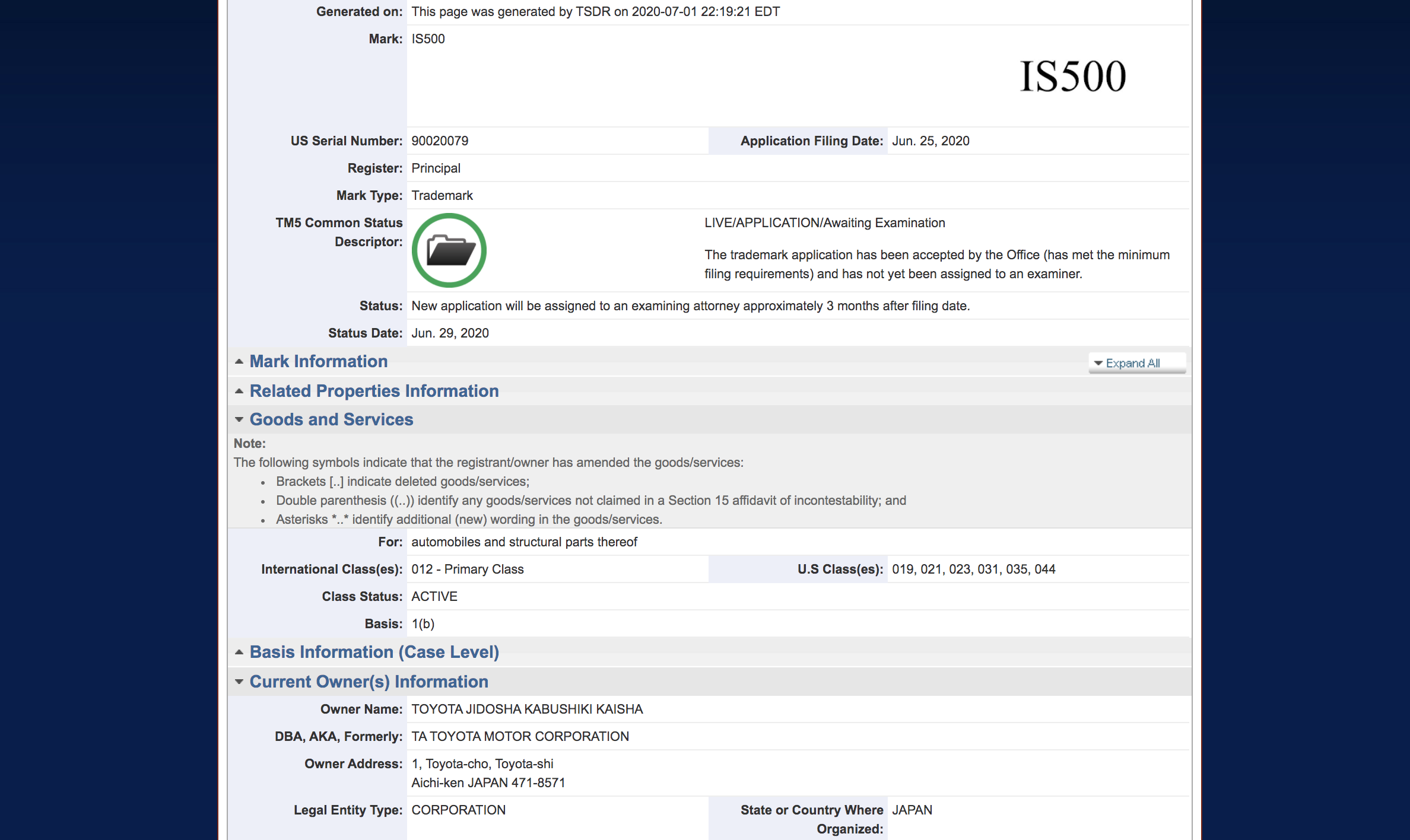 Earlier this year we heard rumours of a Lexus IS 500 being in the works, potentially signalling a new V8 variant of the mid-size executive sports sedan. It was believed the vehicle could send off Lexus’s current jackhammering 5.0-litre naturally aspirated V8, before the company introduces its all-new twin-turbo V8. 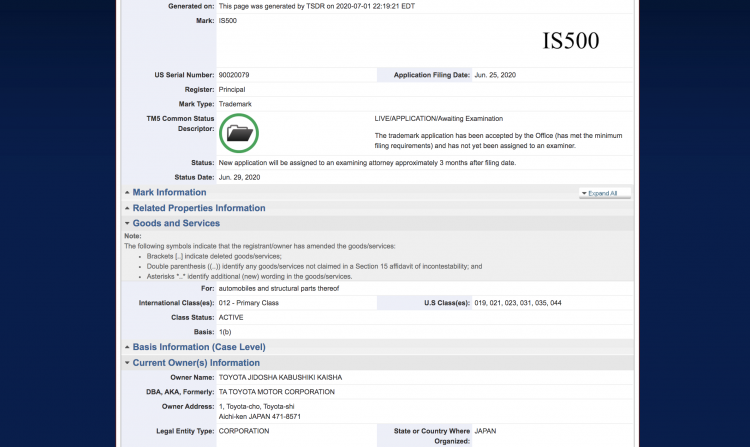 Lexus revealed the new 2021 IS sedan last month. But it wasn’t the full new-generation model that we were all expecting. Instead, it’s merely a facelift for the current model. And, more importantly, there have been no announcements of any new engines, such as the rumoured V8.

Just as our hopes and dreams have been rejected like a kid asking for ice cream, it seems Toyota Motor Corporation (owners of Lexus) has just filed a trademark application with the United States Patent and Trademark Office for the name “IS500”. Oh yes. It’s back on, baby.

Although a trademark application doesn’t necessarily confirm such a model is in the works, it’s certainly a good sign. Sometimes – quite often, actually – manufacturers will trademark a name purely to stop others from obtaining it.

In this case though, with all of the rumours and whatnot, we are eager to believe this is for an upcoming vehicle that will hit showrooms. What’s unclear is whether it will appear with the next-gen IS in years to come, or with the just-facelifted model. 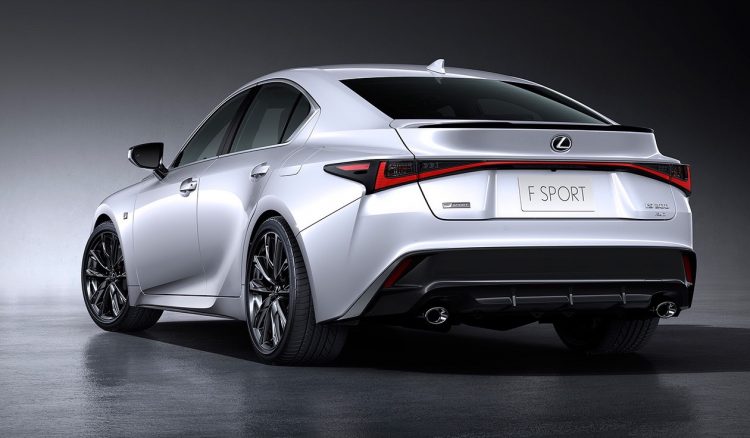 According to reports it could be for the facelifted model. After all, the initial rumour started with an Instagram post which claimed a V8 was coming for the 2021 model. It said Lexus’s 5.0-litre naturally aspirated ‘2UR-GSE’ – found in the current 351kW/530Nm RC F, GS F, and LC 500 – would be squeezed into the mid-sizer, effectively reviving the IS F of yesteryear.

Unlike the IS F though, it’s believed the IS 500 will be a more civilised model as opposed to a full on track-ready super sedan – a bit like the V8 LC 500. Things like big brakes and sports suspension are expected, but really flash and racy aero parts and hardcore suspension are apparently not in the plans.

There is another potential avenue here. Lexus currently offers the LS 500, featuring a 3.5-litre twin-turbo V6 that produces 310kW and 600Nm. It’s a much newer engine and perhaps the IS 500 will feature that unit instead? Such a concept does seem to make more sense as a non F model, too. Of course, the F Sport trim pack could complement whatever it ends up being.

What what you prefer to see? A last hurrah for the V8 or a more stately twin-turbo V6 for the IS sedan?