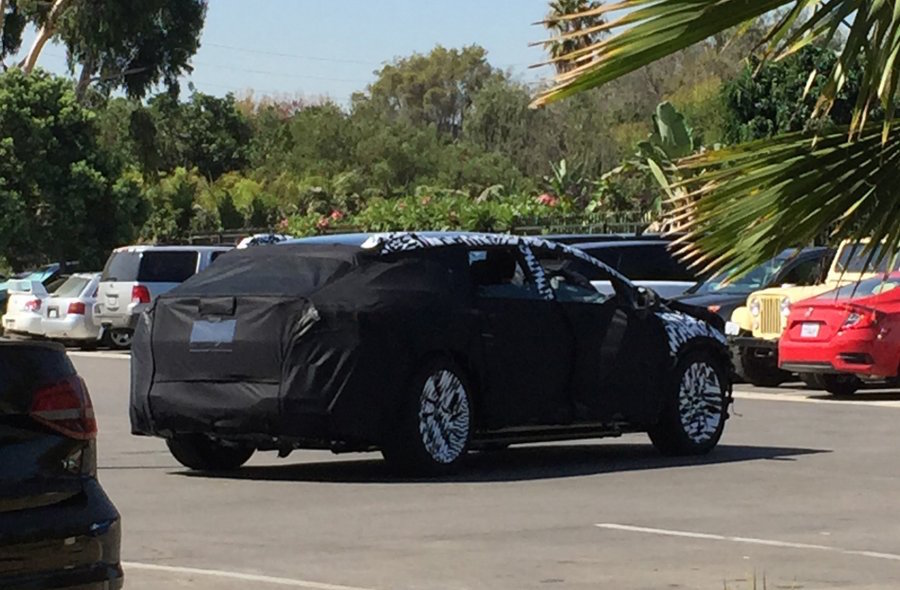 A prototype purported to be the basis for Faraday Future’s production cars has been spotted by Twitter user Everette Taylor in Los Angeles, suggesting the company’s first model could be a sedan. 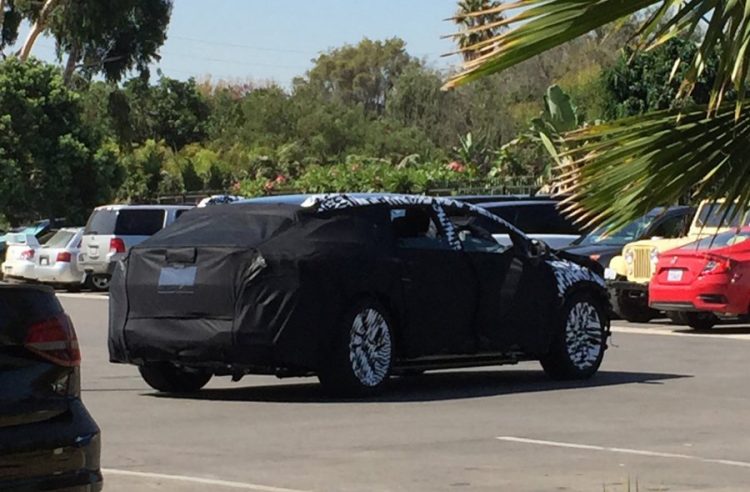 When Faraday Future whipped the covers off its outlandish FZERO1 concept at this year’s Consumer Electronics show, it caused a number of reactions.

On one hand, the space age cockpit, 736kW electric powertrain, hunkered down chassis and central fin drew awe and excitement from a visual point of view. Cries of ‘vapourware’ were also lingering in the air. A Tesla Model S rivalling electric sedan plus a crossover were also promised.

Since then, the company released a teaser featuring the silhouette of what appeared to be a humpback crossover, in the mould of BMWs ground-breaking X6 and the Tesla Model X.

Perhaps claims of vapourware are unfair given the company is backed by Le Eco billionaire Jia Yueting, but it’s hard to see any resemblance to the FZERO1 in this prototype. It appears to be a tall and slabby fastback sedan or hatch, without the height or ground clearance to warrant crossover status. This could be the Model S rival the company promised earlier this year.

Some pretty high profile hires lately such as Toyota FJ Cruiser designer Jin Won Kim mean this could become something quite extraordinary. A debut is expected next year.