Can you believe we’re already into the second month of the year? The Australian VFACTS figures for new vehicle registrations for January 2020 are already out, giving us a clear look at what new cars are off to a racing start. 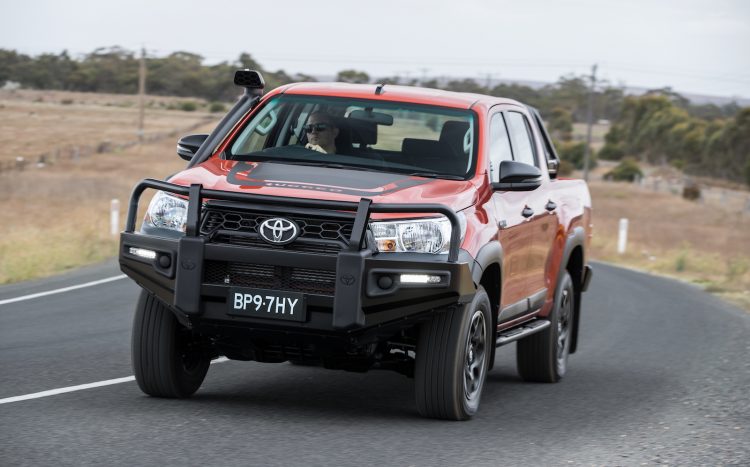 Kicking off with the brands, Toyota sets out a commanding lead from the get-go, as expected. However, as the local market continues its reluctance to buy new vehicles, with overall year-to-date/January numbers down 12.5 per cent compared with January last year, Toyota pushes against that with its number down only 7.2 per cent.

See below for the top 10 best-selling car brands of January 2o20. As usual, the figures in brackets are from the previous month, not YTD, so we can see how models are tracking throughout the year. 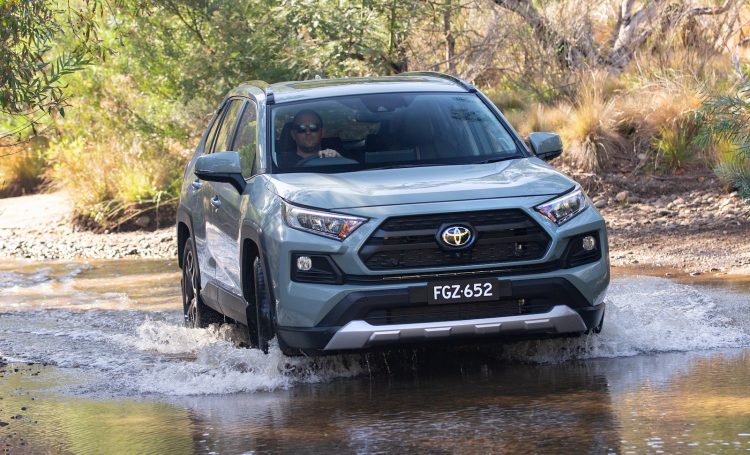 Zooming in on the most popular vehicle models for the first month of the year, the Toyota HiLux sets the standard. It was followed closely by the Ford Ranger, with the Toyota Corolla crossing the line with the most sales for a passenger car. The Toyota RAV4 also collected big numbers, making it the most popular SUV for the month. The top 10 best-selling vehicles in Australia during January 2020 were as follows:

Small Cars under $40,000 – It’s not as demanding as it once was, this class. But we see the Toyota Corolla is still going strong, along with the Hyundai i30. The Mazda3 is falling behind, likely due to the new model which has become more expensive and less practical in our opinion.

This has left the door open for the Kia Cerato to walk up into third spot. The segment overall is reporting a 25.5 per cent drop in sales compared with January last year. See below for the top 10 best-selling small cars in Australia during January 2020: 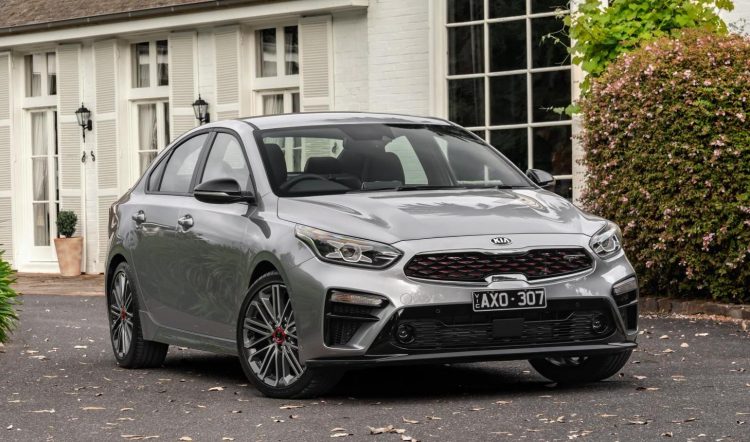 Small Cars over $40,000 – Up into the premium version of the above, and it’s the Mercedes-Benz A-Class that sets the pace. BMW’s new 1 Series seems to be trickling along okay, while the Audi A3 isn’t far behind. The top five best-selling vehicles in this segment during January 2020 were as follows:

Medium Cars under $60,000 – Toyota is once again off the winning start with the Camry in this class. However, the numbers for the remaining vehicles look frighteningly weak. Peugeot’s stylish new 508 has been shifted into this class for 2020 by the looks of it, but even it is reporting very low numbers, with just 16 sales.

The Subaru Levorg (36), Ford Mondeo (19) and the Honda Accord (21) almost seem like they have been hidden from showrooms, their figures were that low. The segment overall is seeing a 23.7 per cent drop in figures compared with January last year. See below for the top 10 best-selling vehicles in this class during January 2020: 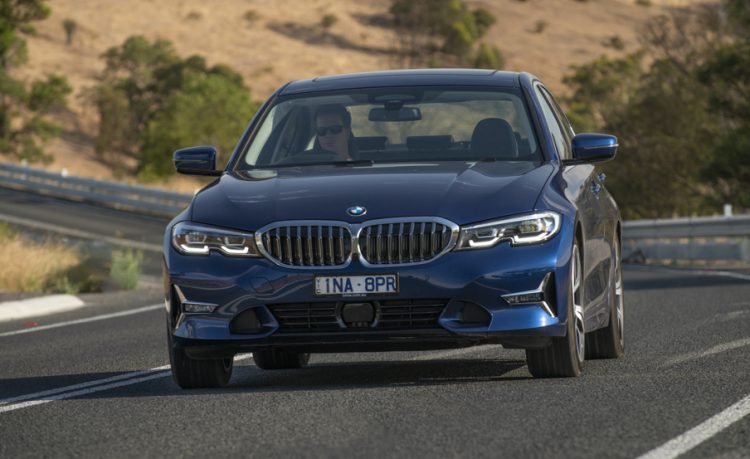 Medium Cars over $60,000 – Over in the premium class, the BMW 3 Series has finally set the leading pace. We’ve been waiting for it to overtake the long-standing Mercedes C-Class, mainly because the C-Class is now quite an old model in comparison. Further down, the Lexus ES jumps into the top five. The top five best-selling vehicles in this class during January were as follows:

Large Cars under $70,000 – It’s now down to just three cars, sadly. This segment is reporting a 33.3 per cent drop in popularity for the first month compared with last year. And it’s the Holden Commodore that continues with the lead. As we know, Holden will be retiring the nameplate forever by the end of this year, and then it will be down to just two. The only vehicles on sale in this segment in January shaped up like this:

Large Cars over $70,000 – Upsizing to the premium class and we see things are pretty grim as well. Overall segment sales are down 52.8 per cent compared with the same month last year. BMW sold more 5 Series models than the arch rival Mercedes E-Class, while all remaining models reported minuscule numbers. The top five best-selling vehicles in this segment during January were as follows: 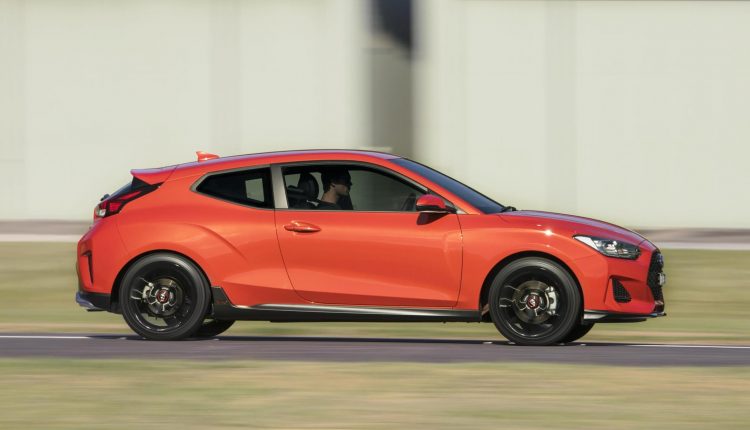 Sports Car under $80,000 – A change of mood and into the smile-inducing stuff. The Ford Mustang continues its popularity from last year, setting the benchmark for January. BMW reported decent numbers of the 2 Series, and the new Hyundai Veloster is doing pretty well too. Segment sales are down 18.7 per cent compared with last January. The top five best-selling vehicles in this class during January were as follows:

Sport Cars over $80,000 – Stepping up a notch, and it’s the Mercedes C-Class two-door that leads the charge once again. In fact, it easily outpaced all rivals in January. Looking down the list and we see the new Toyota Supra isn’t as popular as we might have predicted, with just 18 units sold, while the platform-sharing brother, the BMW Z4, shifted 25 units. Segment sales overall are down 24.1 per cent for the month/YTD. The top five best-selling models in this segment during January were as follows: 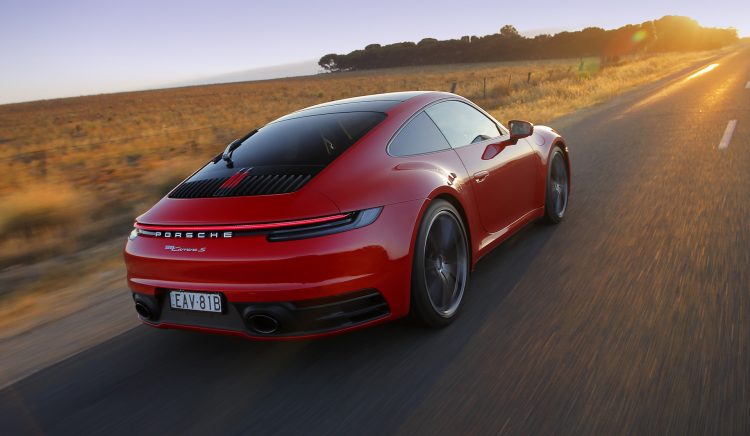 Sport Cars over $200,000 – At the top of the sports car kingdom, the Porsche 911 sets the winning pace for January. It was our favourite car of 2019, as outlined in our top 10 recently, and the popularity is only set to rise thanks to the arrival of some new variants this year. Ferrari also posted very impressive numbers, setting itself up for a great start to the year. Overall segment sales are actually up 2.6 per cent. The top five best-selling vehicles in this segment during January were as follows:

Combined 4×2 and 4×4 ute – Over in the increasingly popular ute class, the Toyota HiLux obviously takes the crown. It looks like the familiar favourites make up the rest of the list, with the Colorado moving into fourth place from fifth in December, and the Navara moving up to fifth from sixth, leaving the Isuzu D-Max to sixth from fourth in December. The top 10 best-selling utes (4×2 and 4×4 combined – excludes LandCruiser, RAM 1500 and 2500) for January were as follows: 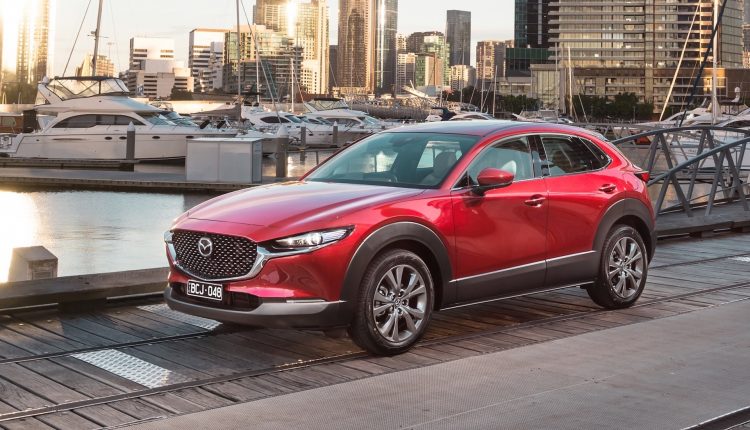 To the SUVs, we see the VFACTS report has been shuffled around a bit. More specifically, there’s a new ‘SUV Light’ class, which includes the Mazda CX-3, Hyundai Venue, and Suzuki Jimny and others.

The Small SUV category remains, with the Mitsubishi ASX, Hyundai Kona, and the new Mazda CX-30 making up some of the field. We’re guessing the classes have been divided up a bit due to the sheer volume of different models now, such as the new Kia Seltos and Renault Kadjar joining the market. In the large class the Land Rover Discovery has also be shifted up to the Upper Large segment.

We will continue to go over the popular segments and their year-to-date figures throughout the year, but to start with we’ll simply introduce the new Light class and list the top threes as usual. The top three best-selling SUVs in all categories in January 2020 were as follows:

Total new vehicle sales in Australia in January were down on December 2019 figures. During January, Australian consumers bought 71,731 vehicles according to VFACTS, compared with 84,239 in December. Overall sales for the month were down 12.5 per cent compared with January 2019, and obviously down the same 12.5 per cent across year-to-date.