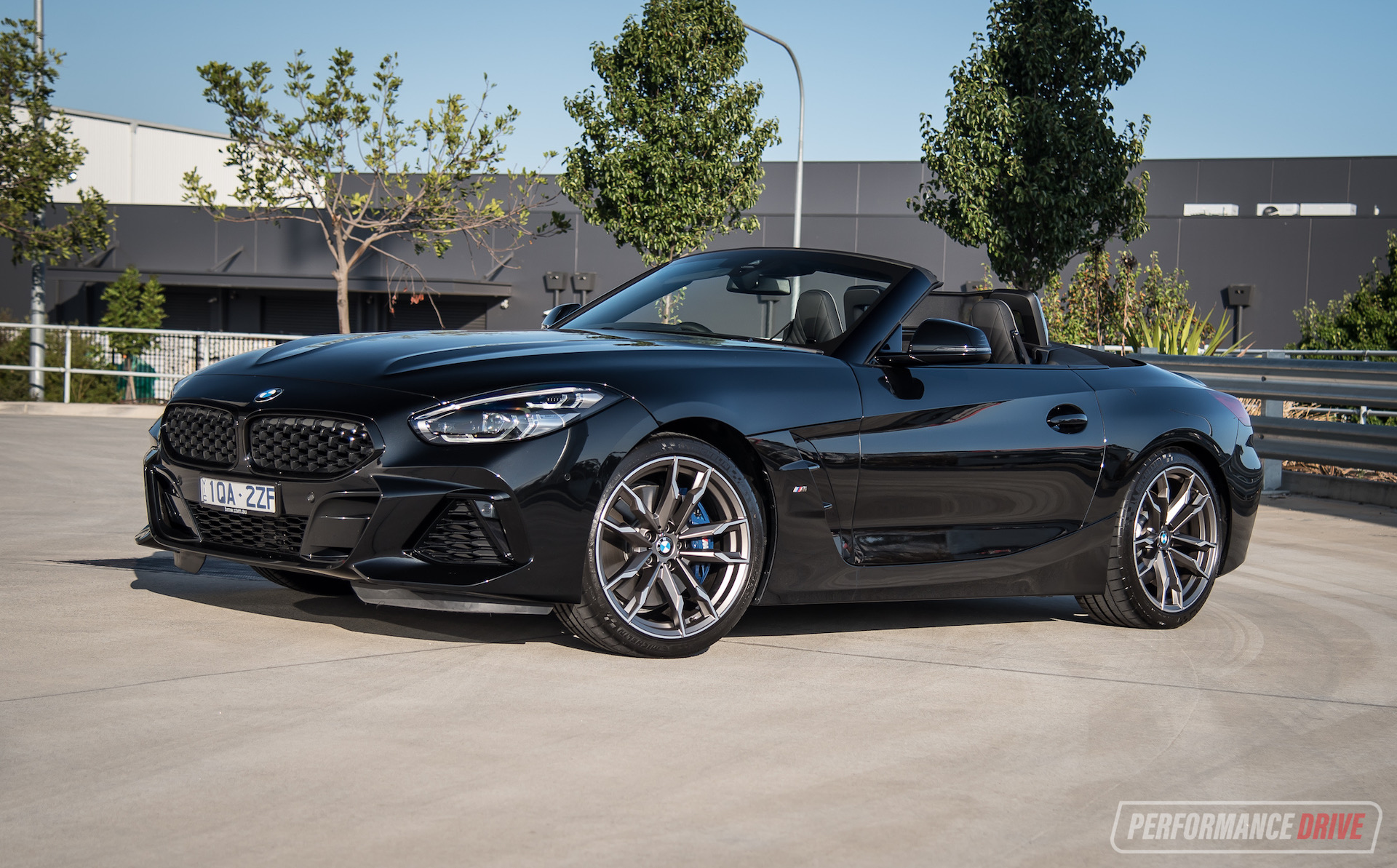 It has all the makings of a classic, wind-in-your-hair sports car. Up front is an inline six, with rear-wheel drive at the back, and a proper driver’s retreat in the middle. Introducing the 2019 BMW Z4 M40i. 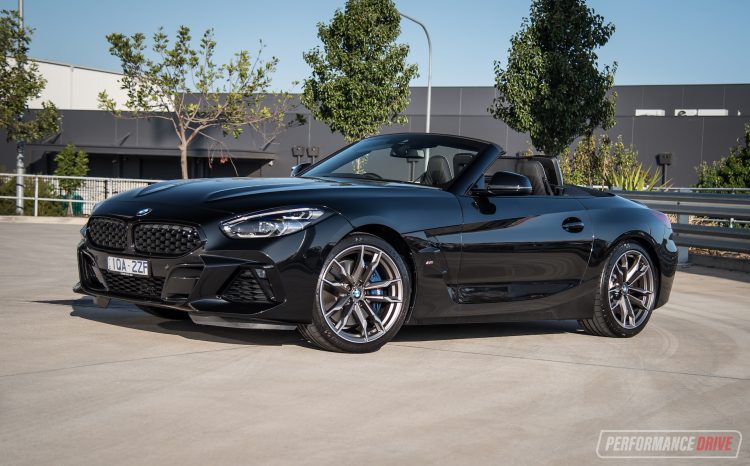 Yes, this is the car that’s twinned with the new Toyota GR Supra. Same BMW CLAR platform. Same engine and transmission. And Toyota has even borrowed some of the interior. Something Toyota hasn’t borrowed though is the sexy drop-top design, created by Aussie auto artist, Calvin Luk.

You do have to pay a premium for the design, that inline six, and the fact that it wears the famous Munich-flag badge. Compared with the top-line Toyota Supra GTS (priced from $94,900), the Z4 M40i is priced $30,000 north of that. However, you will notice a step up in luxury, technology and premium materials in the Beemer. But it’s still a jagged pill to swallow in comparison.

BMW recently announced an update for the Z4 – likely to try and sweeten the deal. The 3.0-litre turbo six is tuned to produce 285kW and 500Nm, up from the outgoing 250kW/500Nm. This is the same higher tune ‘B58’ engine that’s seen in the M340i. Local deliveries are scheduled to begin in the first quarter. There is a chance the upgrade could merge over to the Toyota as well.

Anyway, we didn’t want this to be a comparison (we do have a quick comparison in the works, coming later), so let’s get on with it. Here we’re testing the pre-updated 2019 version, with the 250kW output. Prices start from the same $124,900 as the updated version (excluding on-road costs). 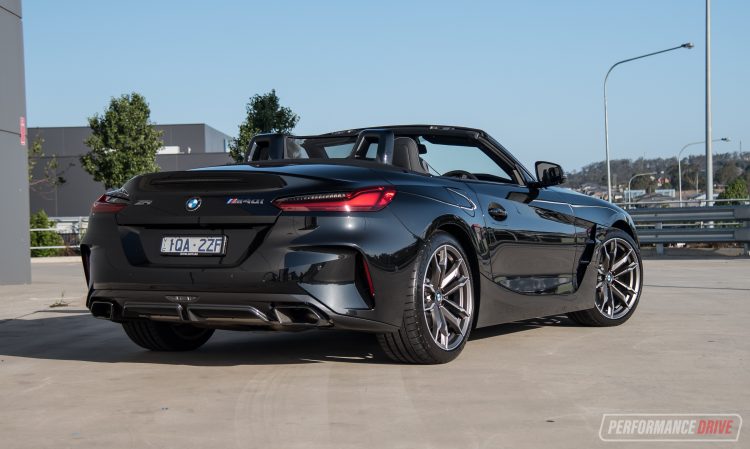 If you’re looking at buying one of these we’d suggest you leave the roof down as much as you can. It just looks so sexy and irresistible in our opinion. Walk up to the cabin and you can easily peer inside to check out the high-end interior, complete with Vernasca leather for the bespoke M Sport seats. This test car also features the cool Tetragon metallic trim that decorates the centre console, with matching sections for parts of the dash and door cards.

Despite being a smallish two-seat sports car, with very cute and petite proportions on the outside, the Z4’s cabin is surprisingly spacious and practical for a roadster. The steering column offers a wide range of adjustment and the power seats can be lowered right down or raised right up, so it’s easy to find the perfect driving position. 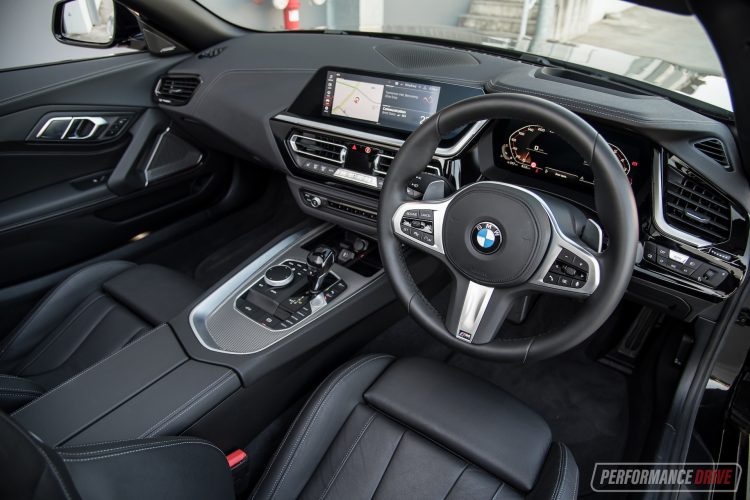 All of the materials inside feel of typical high quality and seem well put together, with only minor creaks and squeaks heard while on the road. Such noises are inevitable with a vehicle that has a removable roof.

There’s also enough space for your things, with a special pad for your phone with wireless charging technology built in as standard, along with twin cup holders inside the centre console (you can flip just one side of the lid up to leave the holders exposed), door pockets – albeit not as large as BMW’s usual massive pockets – and some shelving behind the seats with another storage box within the rear bulkhead. 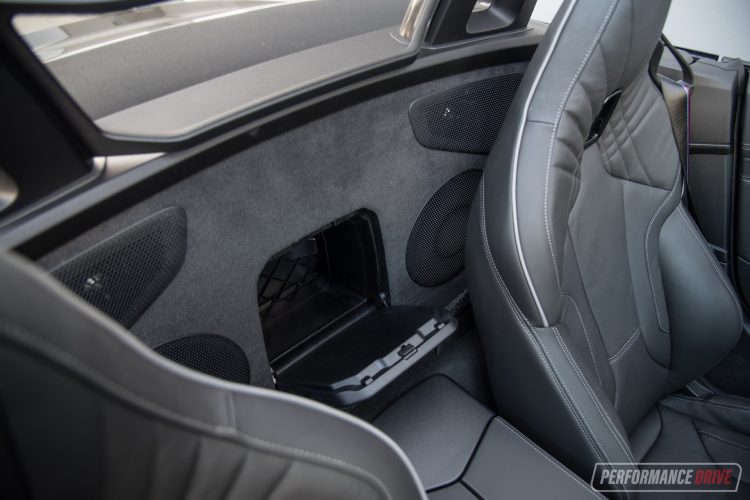 Going for the M40i gets you a variety of bonus luxuries and appointments, such as a 12-speaker Harman/Kardon sound system, adaptive M suspension, adaptive LED headlights, head-up display, and BMW’s latest multimedia system with a 10.25-inch digital screen running the 7.0 operating system. It’s an excellent system and very easy to use, while the iDrive hand controller helps to reduce distraction.

Boot space is measured at 281 litres, and it is quite a usable space. The load area is very wide and it goes in deep, with tie hooks and some netted pockets to keep smaller objects from floating about. For a convertible, which needs room for the roof to be stored, it’s a decent effort. 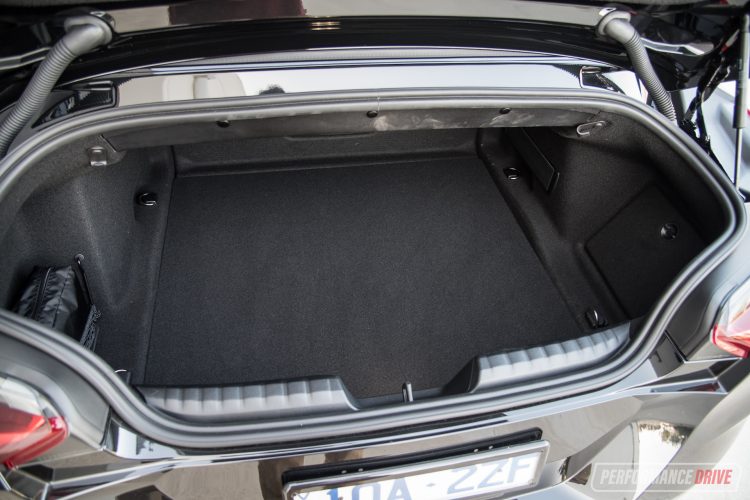 There aren’t many things in the automotive world that beat the feeling of driving a powerful six-cylinder open-top sports car. With the roof down you can hear the glorious engine howling and singing its way up to the 6500rpm redline, with awesome thrust pushing you forcefully from behind. It’s a sensory overload, and very, very addictive.

The engine pushes really hard, too, for what it is. At 6500rpm you’ll experience 250kW. However, on your way there you’ll more likely notice the huge 500Nm wall of torque. This is experienced from just 1600rpm and continued until 4500rpm. That’s an incredible mid-range for a 3.0L engine. It comes in handy when pulling away from corners and during uphill stints, as there seems to be absolutely no hesitation or lag.

Across the 0-100km/h sprint we clocked a best run in just 4.62 seconds with the Vbox. Our time is only slightly behind BMW’s claim of 4.5, but this is Australia and it is summer. During testing we waited until the temp dropped to around 24 degrees, however, in cooler conditions we’d predict an easy 4.5 or 4.4. (The new 285kW tune offers a claimed 0-100km/h run of just 4.1.) 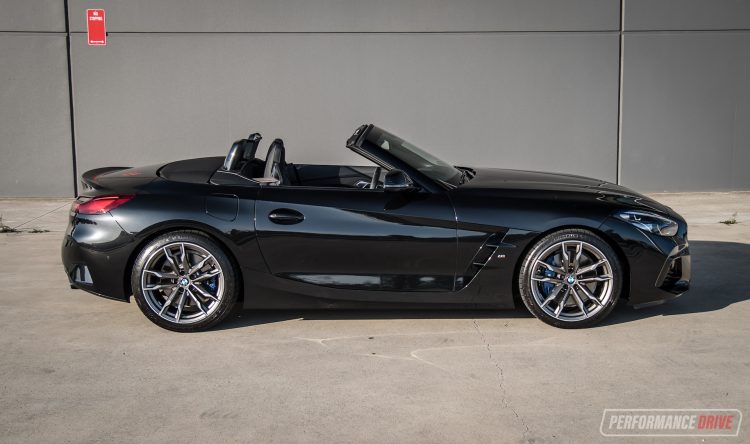 When we drove the sDrive30i version recently we thought that was powerful enough. During acceleration tests we saw a string of 5.0-5.1-second runs across 0-100km/h – amazing for a 2.0L turbo. However, after driving the Z4 with this 3.0L unit, we must admit, it multiplies an already fantastic thing and turns it into a dream. The engine is almost the soul of this car.

We were going to leave it at that. But, BMW has worked wonders with the new CLAR platform so the handling is almost as impressive as the engine. High-speed stability and grip is particularly phenomenal in our view. It’s darty and precise but, somehow, not at all fidgety or twitchy. It just tracks and grips. This is no doubt helped by the Michelin Pilot Super Sport tyres, measuring 255/35 and 275/35, front and rear.

Even with the stability and traction control turned off, the rear end drifts out beautifully and very controllably, and always on the driving line you point it toward. And you can use the throttle to effectively steer the car from the rear, with low revs, too, thanks to the broad and large torque wall. This outstanding controllability is partly thanks to the standard M Sport limited-slip differential, and also thanks to the perfect 50:50 weight distribution of the new G29 Z4. A relatively light tare mass of 1503kg for the M40i also comes in handy. 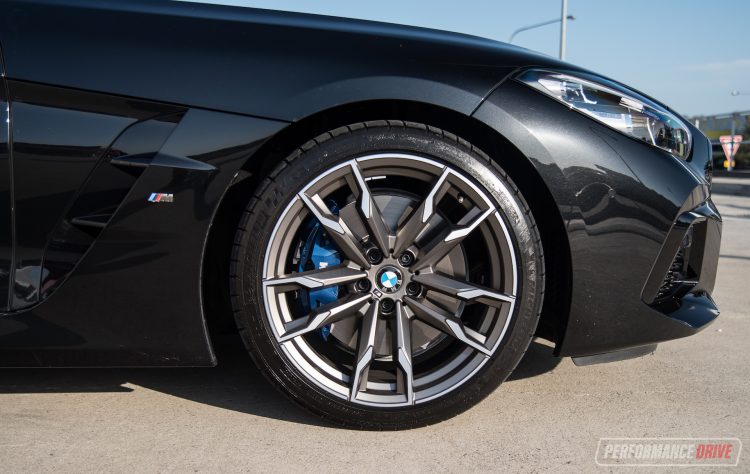 Our only complaint about the handling is that it does mean there is a compromise with ride comfort. This is pretty stiff. We like to think we’re pretty young and tough here at PD, but even we must admit the ride is firm. It’s the initial bump that seems harsh, such as when absorbing little bridge connections and smaller potholes.

Once you’re out in the country and pushing on, bigger road dips and undulations are soaked up with more finesse. In fact, the stiffness helps with that sheer controlled and connected feel. The wheels never feel like they want to leave the road. That’s a good trade-off in our books, especially for a car that’s primarily designed to be a fast and sporty driving machine. 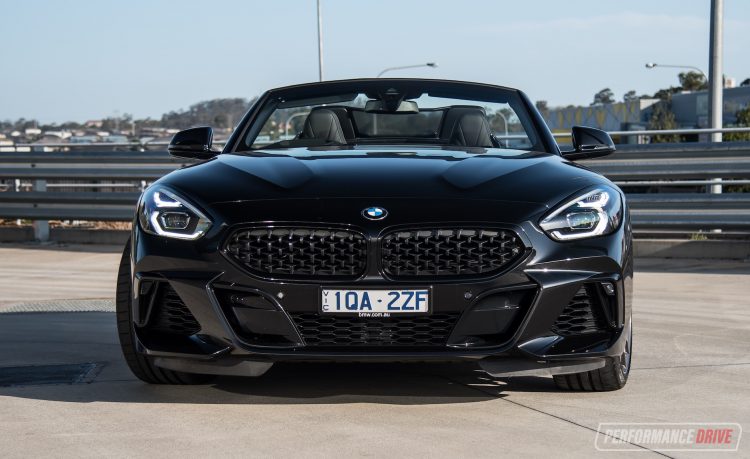 As we said at the start, this is the perfect, textbook driver’s roadster. It has one of the best inline six-cylinder engines currently on the market, offering more than enough power and torque, epic rear-wheel drive handling, and all wrapped up in a modern sexy design penned by an Aussie. Seriously, take one of these for a drive on a nice day and tell us what’s not to like. It is so much fun and very rewarding to drive.

Out of these premium rivals, it turns out the Z4 M40i is actually the cheapest. So although the price tag is steep, it’s mostly the market we should blame. If it were our money though, the most tempting competitor would have to be the BMW M2 Competition, which starts from $104,900. But you obviously don’t get the open-air experience with that.