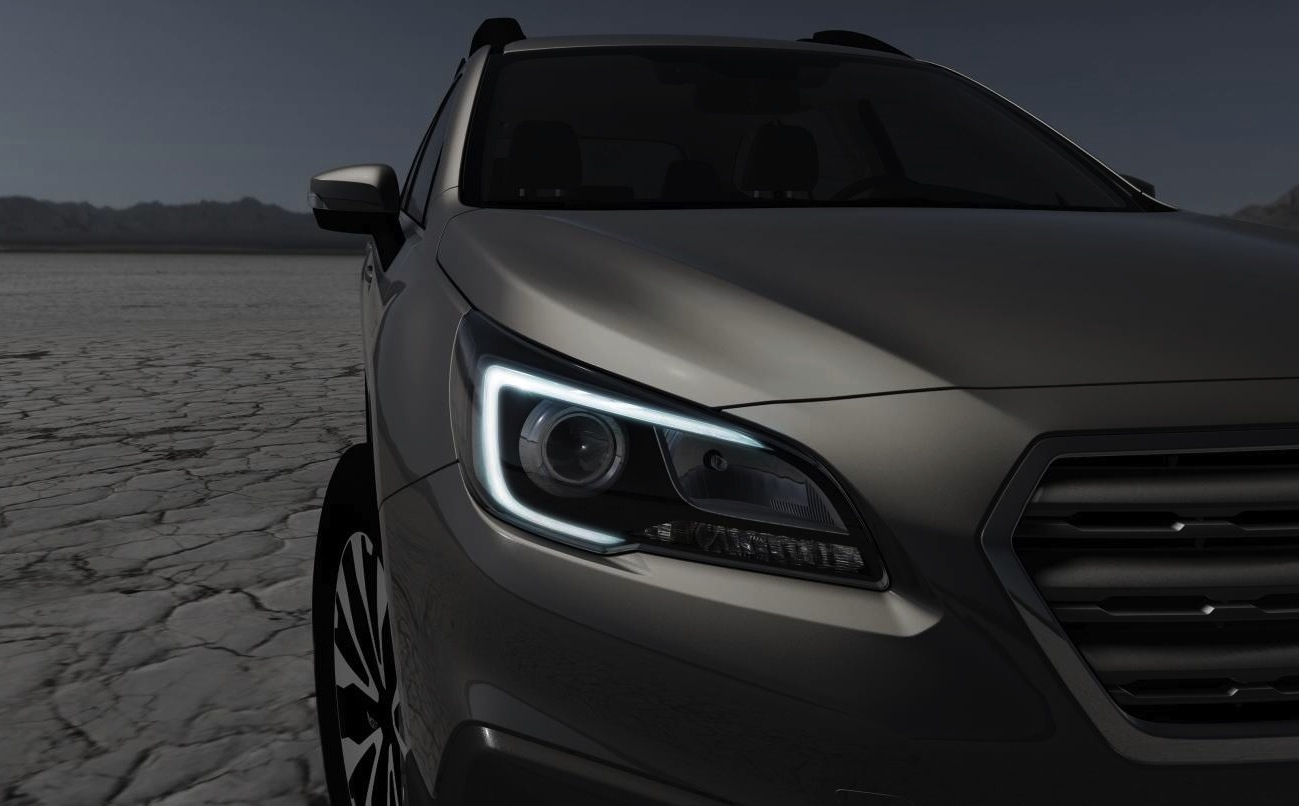 The next-generation 2015 Subaru Outback will make its international debut at the New York Auto Show later this month. Although it will be a US-spec version, there will be many similarities with the upcoming Aussie model. 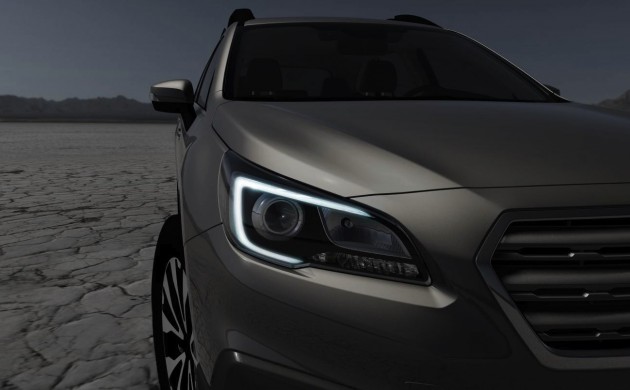 The Japanese company hasn’t revealed much at this stage, other than the fact it will be its new flagship crossover “blending car-like handling and sports utility vehicle capability”.

As you can see from this teaser image, the 2015 Outback will look much more modern than the outgoing version and in line with the recently-revealed 2015 Liberty.

There seems to be some LED lighting that encompasses the headlights, as well as a new-look large central grille and traditional bonnet lines. Other than that it will be slightly lifted compared with the Liberty.

Under the bonnet is likely to sit either a 2.5-litre boxer engine with around 129kW, and the 3.6-litre boxer six-cylinder with around 191kW. A diesel variant is probably going to be in the mix.

More details will be revealed at the show, starting April 18. The Aussie model has been confirmed for an early-2015 launch.