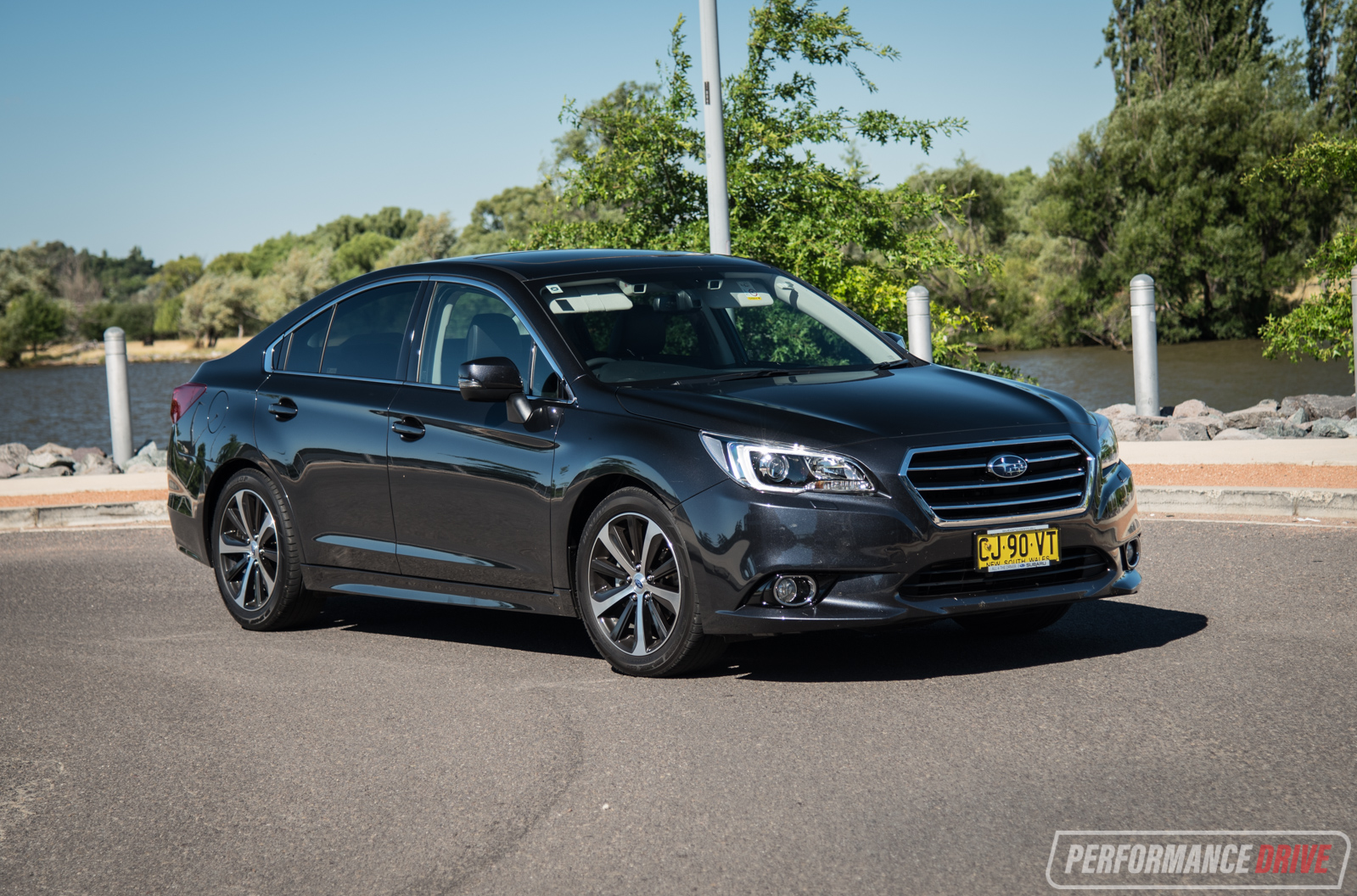 The 2017 Subaru Liberty competes in one of the most challenging market segments, up against rivals like the Ford Mondeo, Mazda6, Volkswagen Passat and the almighty sales-conqueror, the Toyota Camry. 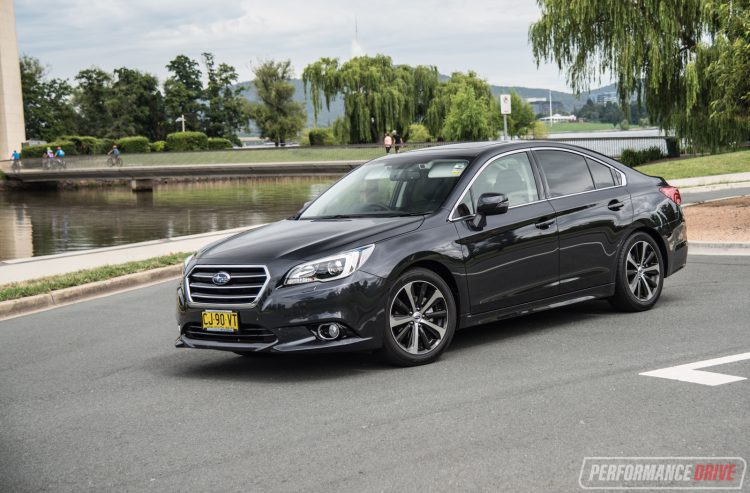 Of those options, the Liberty ranks third, with a 10.5 per cent share of the segment, in comparison to the Passat’s seven per cent share, Mondeo’s 12.6, and the Camry’s dominant 29 percent command. We bring up these statistics because the competitiveness of the market has led many manufacturers to out-do each other in regard to pricing and packaging, which is by definition a great thing for you, the consumer. Likewise, the Liberty is a model that excels in this respect for the price point thanks to Subaru’s generous equipment and luxury tones in the 2.5i Premium, at a starting price of $36,420 (excluding on-road costs).

Subaru has been quick to mention that since the introduction of the latest generation Liberty, sales increased 293 per cent in 2015. Since that introduction, Subaru has taken an evolutionary rather than revolutionary step with this. With this taken into consideration, we’ve put it through the paces of our ‘rapid-fire’, quick-test format to let you know whether the changes and equipment additions have culminated in a car that should be atop the list of contenders when considering your next moderately priced sedan. 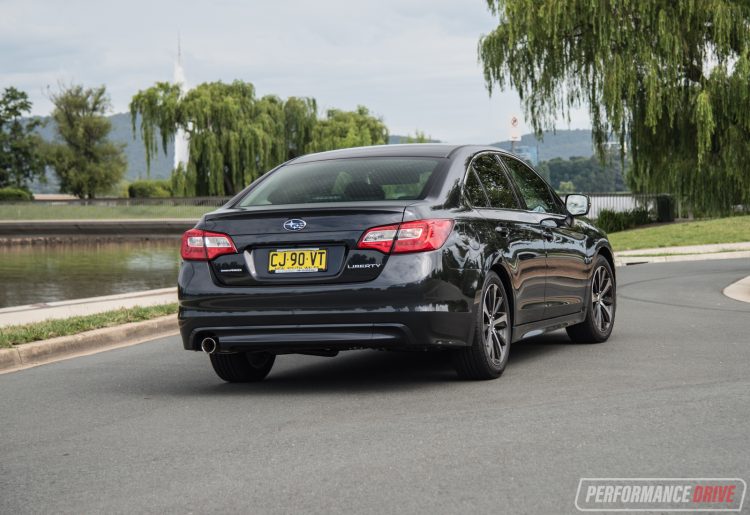 In terms of aesthetics, the MY17 Liberty features no major design changes over the styling refresh it received two years ago. However, that’s not necessarily a bad thing for some. Styling, being a subjective call, is redundant for us to predict how you, our readers, will receive the design language employed on the Liberty. So instead, we’ll talk about something a bit more objective, the value for money offered by Subaru.

The Liberty is offered in two price grades. The cheapest of which is the 2.5i priced at a tickle over $30,000 excluding on-roads. The $6000 step-up into the premium grade may seem a little step, the overall packaging and interior aesthetic is something to be envied by owners of other cars around this price point. 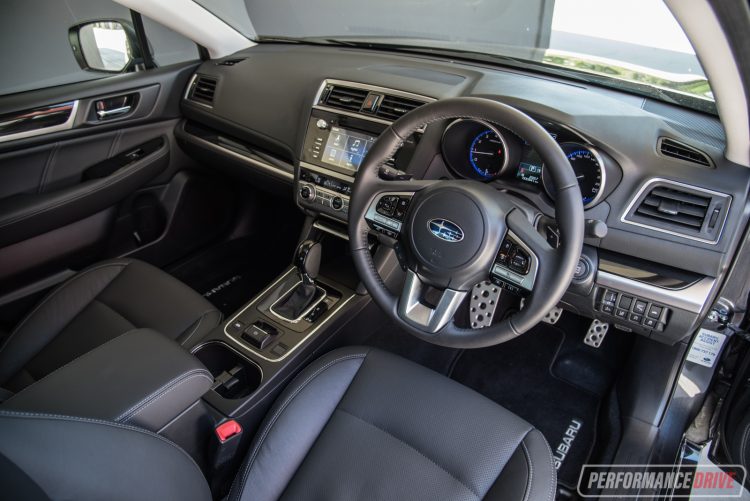 Stepping inside the cabin with a quality thump from the door, it’s hard to ignore Subaru’s intention to make the Liberty look and feel like a premium offering; the company has done well. The leather steering wheel is classically-Japanese with it’s raft of buttons, but the rest of appointments inside have resulted in something of undeniable value for money.

In regard to practicality, and the prospect of the Liberty as a family-mover, there will be few out there disappointed with the cabin space offered in both the front and rear, which is ultimately complimented by a massive 493L boot, which can be expanded with the folding split-seat design. 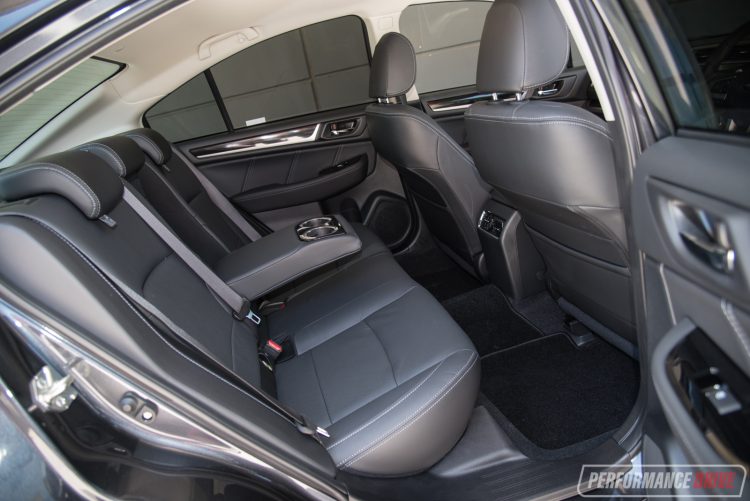 Subaru offers the Liberty with the choice of a 2.5-litre four-cylinder boxer, or a 3.6-litre six-cylinder, which produce 129kW/235Nm and 191kW/350Nm, respectively. This 2.5i Premium is mated to Subaru’s staple transmission, a CVT auto, and the all-symmetrical all-wheel drive system. This is enough for the Liberty to accelerate from 0-100km/h in a timed 10.56 seconds, hampered by its 1568kg weight. That is not to diminish the Liberty’s dynamic ability; the underlying chassis does indeed offer impressive amounts of grip, and that confidence-inspiring stability of a Subaru chassis and drivetrain is hard to beat in this class.

Our major gripe with the Liberty lays with the continuously variable transmission (CVT). While remaining in the context of a medium-sized sedan, we can’t sit here and throw complaints about how the CVT transmission takes away from the dynamic prowess of the Liberty’s chassis, because we’re reviewing the Liberty in its context as a family mover, rather than a heart-racer. But, even around the urban commute, the CVT transmission can be a bit docile, and quite often offers a delayed lurch when reversing and then engaging drive. At speed and on the urban commute, we have no complaints with the CVT’s smooth power delivery, which is complimented by Subaru’s attention to keeping the cabin quiet… an area that the Liberty may well outshine its competition. 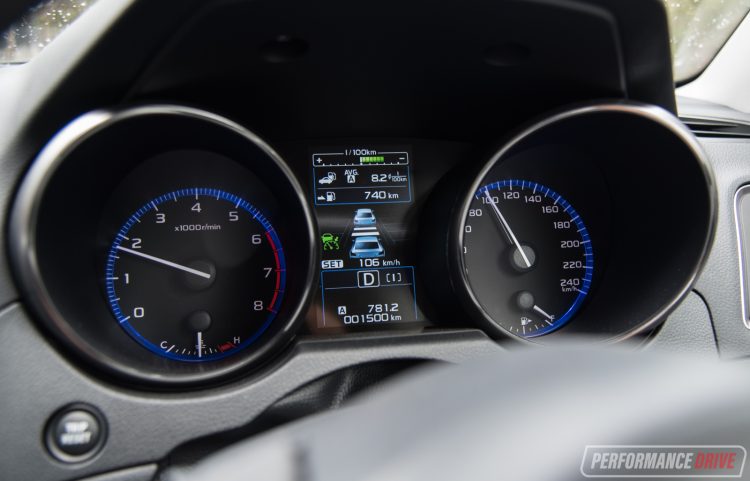 As an urban crawler, a car for short trips to school and long trips on school holidays, the Liberty offers a genuinely peaceful environment, masking the majority of road noise and distractions outside the cabin in a very sophisticated manner. Subaru says this is largely due to the updated shock absorbers and attention to reducing noise, vibration and harshness (NVH) throughout the Liberty’s design and construction.

In regard to economy, Subaru’s official test figures are incredibly difficult to match, but they can be narrowed down depending on the zealousness of your right foot. With careful driving, the closest we managed to get to Subaru’s official 7.3L/100km average was 8.5L/100km, which isn’t terrible considering the Liberty’s weight, but doesn’t exactly match the Mazda6. This is one of the trade-offs of having all-wheel drive – the only core model in this class with all-wheel drive.

As many of you may have expected, Subaru has come up with yet another desirable, generously-equipped and dynamic package that is sure to make drivers of all demographics pleased. In fact, we’d ask you to seriously consider the prospect of the 2.5i Premium over the more powerful (and thirstier) 3.6R, considering the 2.5i looks, feels and comes appointed with the same equipment, albeit with the exception of the 12-speaker Harmon Kardon sound system. All at a saving of around $6000.

While yes, there is a rather significant power boost (191kW as opposed to 129kW), in real-life driving conditions, and all the relevant costs of ownership considered, the 2.5i Premium is one of the more sensible picks of the Liberty – and mid-size sedan – litter.