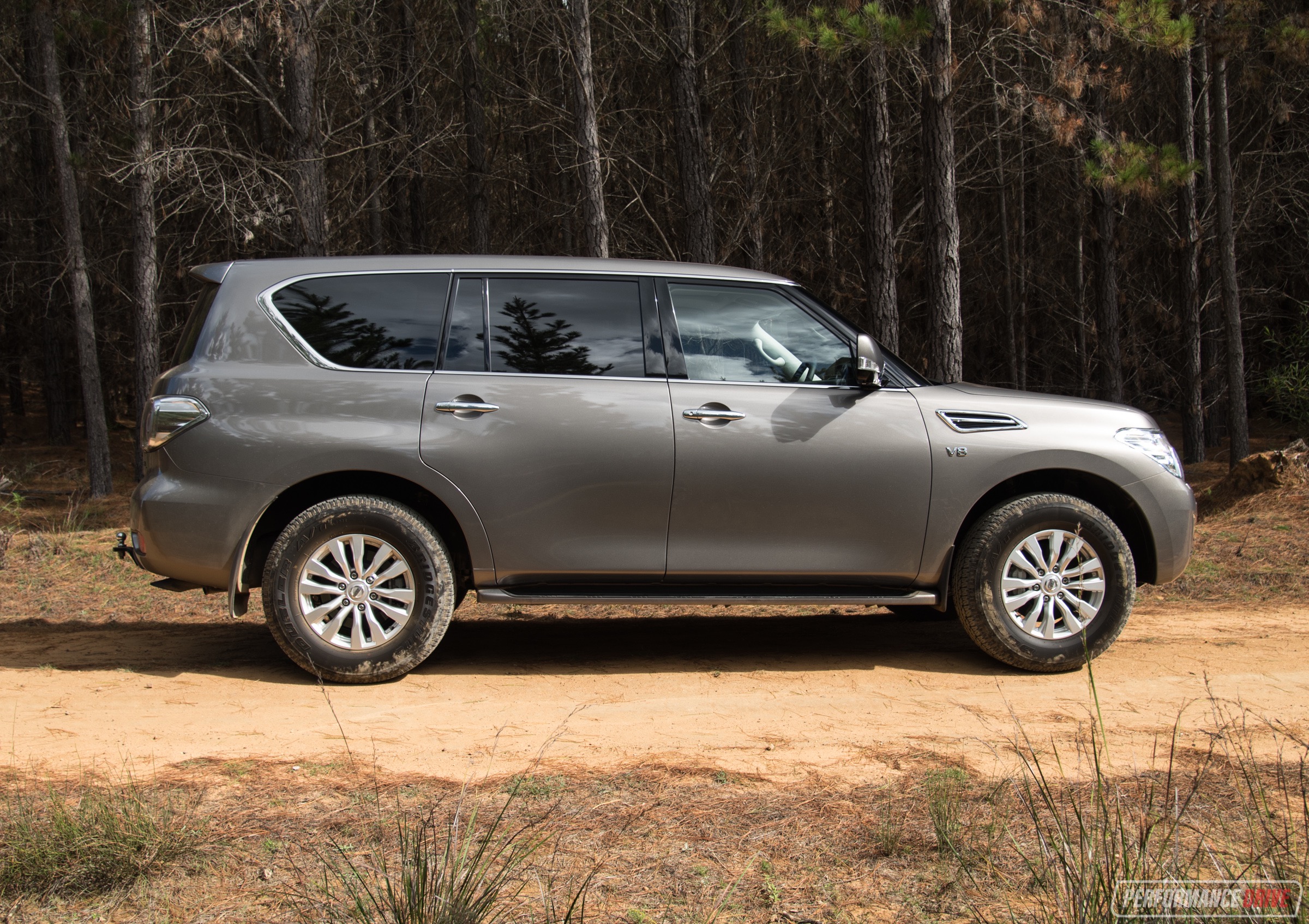 Do you need an SUV with more interior space than a house? Perhaps you also want the power of god almighty to effortlessly propel you across any terrain that you come across? Well, here is your car. It’s the ‘Y62’ generation Nissan Patrol, which has just undergone a minor update for MY2018 (model year). 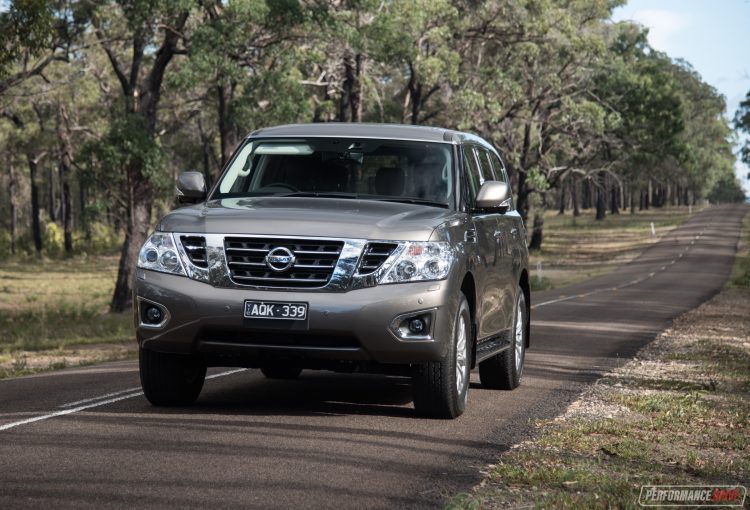 The Y62 Patrol, also known as the Armada overseas, has been around in essentially the same form since 2010. It still features one of the greatest naturally aspirated V8 engines on the market in our opinion, measuring 5.6L in capacity and churning out a surprisingly frisky 298kW of power and a strong 560Nm of torque. This is all sent through a permanent four-wheel drive system via a seven-speed automatic.

Prices are unchanged from the pre-2017 model, and just two variants remain available in Australia; the Ti and the Ti-L. Here we’re testing the latter, which is priced from $88,990. With the Ti priced from $71,990, the Patrol is a big step down in price from its only direct rival, the Toyota LandCruiser, which starts from $78,261 in bare GX form. 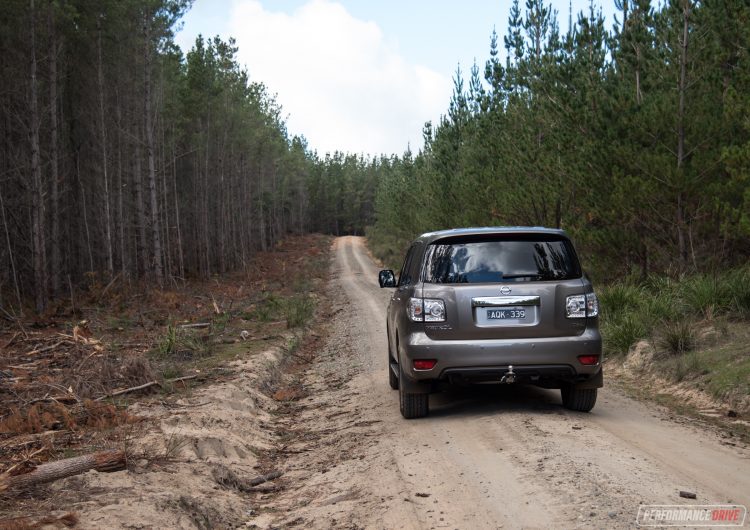 It is a bit deceptive, this Ti-L, as the L suggests it could be a long wheelbase model. But it’s not. It’s just Nissan’s naming structure. Fortunately, you won’t be wanting for more cabin space. This thing is massive inside. With a full family on board the Patrol becomes a moving lounge room. Passengers in the middle row get two LCD screens and a DVD player to amuse themselves with in the Ti-L, while the third-row passengers are treated to their own climate vents, grab handles, and cup holders. And yes, the third-row seats are big enough for adults, with soft cushioning and respectable legroom for longer journeys.

Up front it’s like stepping into a boardroom from the 1990s. An American boardroom, specifically. There’s heaps of tacky wood over the dash and door trims, and more than enough chrome on the edges of switchgear and fixtures. Nissan should update the central dash fascia as it is covered in a mishmash of buttons, but on the plus side every button is clearly marked so you know what it does. Nissan has implanted a new touch-screen media interface for 2018, which is a welcome touch from the previous model. Graphics and menu layouts are a big leap forward, although still far from cutting-edge for today’s standards. 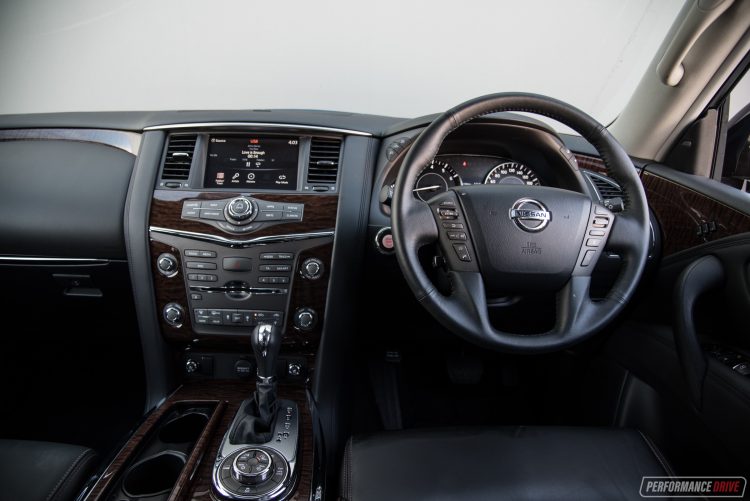 Down on the chunky centre console you’ll notice an equally chunky drive mode dial which gives you a selection of terrain types to choose from and an activation button for the locking rear differential. There’s also a switchable cooler under the console box to keep the beers cool for when you arrive at the camping site. An innovative rear camera system has been added for 2018 as well, called Intelligent Rear View Mirror (I-RVM). This helps you see past anything in the cabin, making it handy (and safe) when you’ve got seven people on board and/or a high-packed cargo area.

Going for the Ti-L gets you the two 8.0-inch LCD entertainment screens in the backs of the front headrests, with separate headphones, as well as the new I-RVM system and the cool box. Two USB ports have been added the back of the centre console for both Ti and Ti-L for the MY2018 update, with a surround-view camera system, forward collision warning and adaptive cruise control also standard. 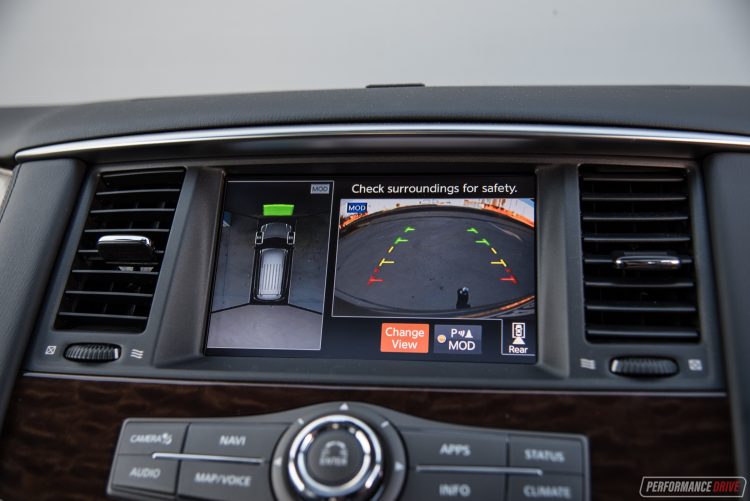 This V8, codenamed the VK56VD, really is a beaut and brute engine. It produces all of the right noises and the perfect amount of power and torque, even for this 2750kg (Ti-L) beast. We’ve always wondered what this unit would be like in a sports sedan or coupe – 370Z V8, anyone? Peak power is reached at 5800rpm, but it, to the surprise of anyone riding inside, loves to scream right up past 6000rpm to its 6250rpm redline.

Yes, we know this isn’t designed for sporty mountain driving, but the Patrol is actually lots of fun threading through your favourite set of twisties. You can use the manual gear selector down on the console for prompt gearchanges, and it’ll blip the throttle on downchanges for you. It’s easy to forget you’re in a massive SUV actually, and one primarily designed for dominating sand dunes.

All of this means it is totally capable of doing the school run. It can handle tight roundabouts quite well, and it’s relatively simple to maintain lane tracking. Where the sheer size starts to become more obvious, and potentially problematic, is during parking. You can forget very tight underground carparks with those car spaces that were obviously designed in the ’60s and ’70s, when cars were much smaller, as this behemoth will feel about as out of place as an elephant in a kindergarten class. The new around-view camera system definitely comes in handy in these situations. In the end, it either fits or it doesn’t, and the camera system makes this very clear for you right from the start. 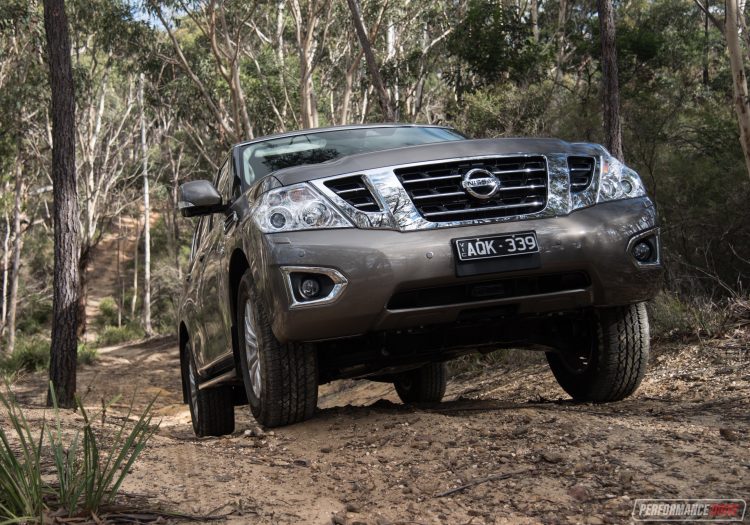 With such a large mass carrying huge momentum on the road, it’s good to see safety is kept in check. The Patrol uses twin-piston front brakes as standard. Across our emergency braking test from 100-0km/h, the big beast pulled up in a very respectable 40.23 metres. This is a similar distance to what we’re seeing from regular sedans and small hatchbacks. Braking performance is so immense that, according to our GPS-based data logger, the Patrol can generate a whopping 1.9g in deceleration – about the same gut-tipping g-force as a serious rollercoaster. It feels like it’s going to put a crease in the road.

The Y62 Patrol is as much a brute force off the road as it is on the road. It’ll barge its way through and across anything. And despite the wagon-like design, the underbody measurements and off-road preparation is impressive. The approach angle is 34.3 degrees, which means it’s able to take on sudden steep climbs or large objects with ease, and the departure angle of 26.2 degrees compares well to serious off-roader rivals (Toyota LandCruiser VX 32 degrees/24 degrees). The ground clearance of 272mm also stacks up favourable against the main rivals (LandCruiser VX 230mm).

Along a moderate off-road track, the Patrol performed effortlessly during our test – almost too easy for it. The big 70-profile tyres provide a good amount of give and flex over rocky conditions, and you can let some air out for relentless progress in sand and mud. If you do manage to get stuck the rear diff lock does well to give land a hard time, with no choice but to return enough traction to get you through.

If there’s one area we think the Patrol is a touch behind (or advanced) the LandCruiser it’s with pure heavy-duty components. The Toyota doesn’t offer electronic-type drive modes that trick around with the traction control. Instead, you have a centre and rear diff lock to engage which, as we’ve experienced, gets you through pretty much anything. However, the lower body and inferior clearances should swing in favour of the Patrol. 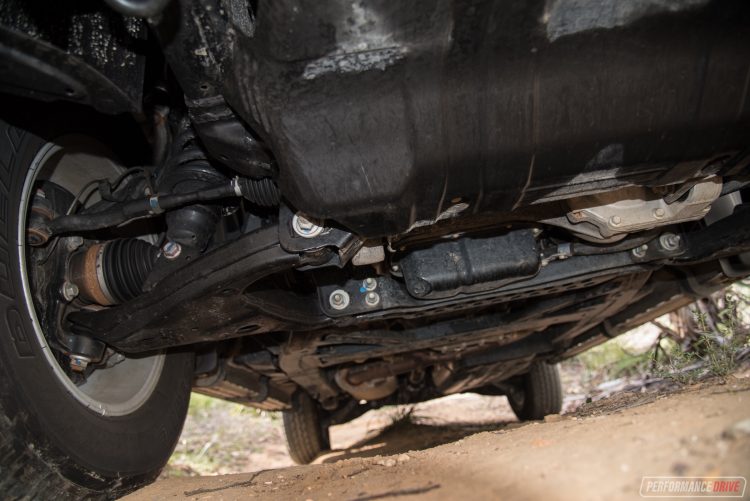 It might not be the ideal choice for tree-huggers or those who dislike investing in petrol stations, but the Y62 is an adorable vehicle. The sheer size and accommodation on offer instantly wins you over. If you really do need interior space (or simply enjoy space) the Patrol is a vehicle you should consider. And with that awesome V8 motor it is surprisingly enjoyable to take for a spin on a Sunday morning.

Nissan hasn’t been able to keep up with its arch rival, the Toyota LandCruiser, in terms of sales numbers. But it doesn’t stop it from being, mechanically and equipment-wise, just as capable and generous. Stacked up price-for-price, the Nissan is over $10,000 more affordable too. Take one for a spin and see for yourself. You won’t want to get out of it.