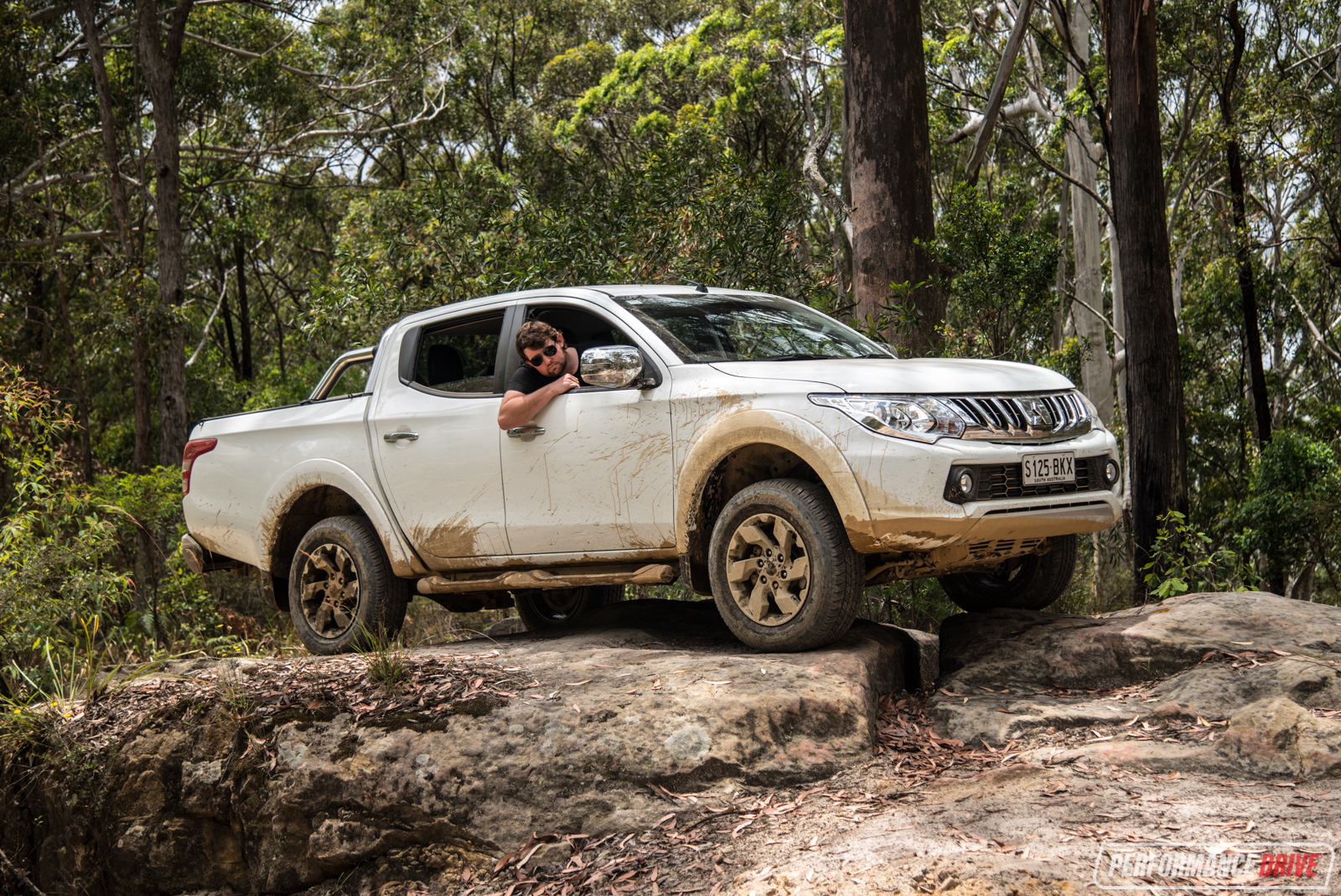 Having driven all of the popular 4×4 utes available in Australia, we’re convinced the latest Mitsubishi Triton Exceed is the most off-road-capable package on the new-car market. Don’t believe us? We put together a proper 4×4 test to see if we could get it stuck. 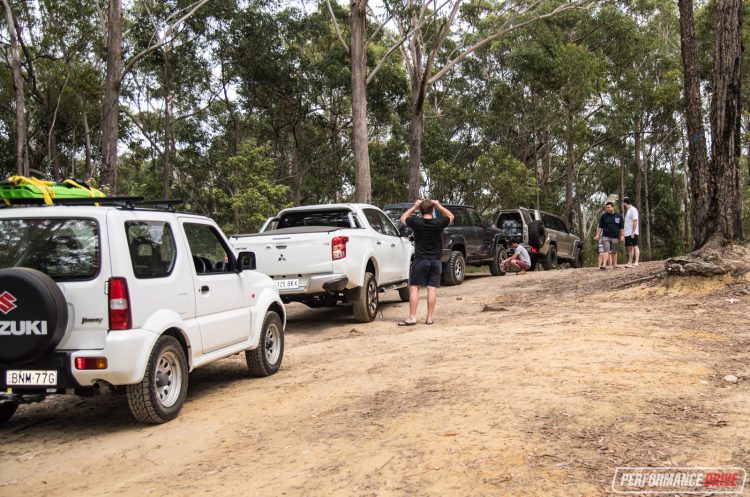 And by “proper 4×4 test” we mean taking the Triton where no sane owner would dare to venture in their shiny new ute. Tackling actual nature-corroded, boulder-studded, barely navigable bush tracks. The carmaker hasn’t groomed the runs or meticulously shovel-grooved wheel ruts, like you might see in some media 4×4 tests. This is ute vs wild.

Specifically, we’re out in Ourimbah State Forest which is a bit over an hour drive north of Sydney. There’s no real way of coming prepared, as rain (or lack of), wind, other bush-goers, can – and do – all influence the way the trails sit. The only way we could prepare was by bringing some heavily modified recovery vehicles, water and other subsistence, and a Suzuki Jimny. 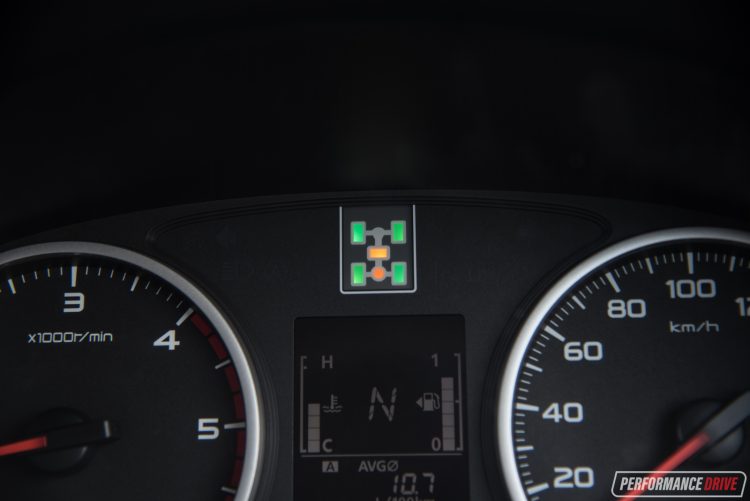 So, firstly, let us explain one of the main reasons why we think the Triton is the most capable off-the-factory-floor 4×4 ute in the segment. In Exceed form it comes with a locking rear differential and locking centre differential. No other ute on the market in this specific segment offers this. The Mercedes G-Class adds a front locking diff as well, and the 70 Series Toyota LandCruiser offers centre and rear, but neither of these are available in double-cab body style ute form. Most other vehicles in the class offer a rear diff lock, and sometimes not even that.

A diff lock essentially locks the wheels together so one cannot spin away all by itself. For example, the rear diff lock restricts the two rear wheels to the same speed, no matter what. Even if one is in the air, it will receive the same amount of torque as the one on the ground. And then the centre lock splits the drive between the front and rear wheels evenly. Basically it means progress will be made so long as you have at least one wheel on the ground with decent traction. 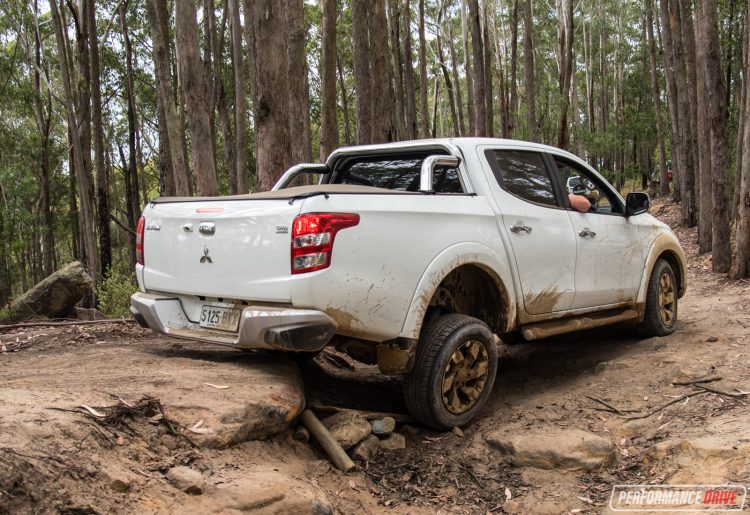 Secondly, the Mitsubishi Triton offers good measurements and figures. The approach angle is at the top of the class, at 30 degrees, with a 24-degree ramp-over angle, and a 22-degree departure angle. In Exceed form it also offers 205mm ground clearance, which actually isn’t that impressive for this class. Up front there’s a trusty 2.4-litre turbo-diesel four-cylinder engine producing just the right amount of power and torque; 133kW and 430Nm. This is sent through a five-speed auto with part-time four-wheel drive. Overall width is also favourable, standing at 1815mm, with a 1520mm maximum track (front). This makes it one of the narrowest utes in the class and this can help a lot in the bush; it’s less prone to scratches through tight tracks and it can ride atop ruts easier. (Toyota HiLux: 1855mm width/1550mm max track, Ford Ranger: 1860mm/1560mm, Holden Colorado: 1872mm/1570mm.)

Out on the road the engine is surprisingly quiet and smooth, for a commercial vehicle, and it boasts one of the lowest official average fuel consumption rates in the class, at 7.6L/100km (987km theoretical average range). In the real world you can actually expect to achieve close to this, so long as you’re doing a reasonable amount of highway driving. Even if you don’t, fuel economy is very good for this class. Getting up to speed is no trouble, with the five-speed transmission providing relatively long legs, and that 430Nm easily pulls the ute up to each gear speed. 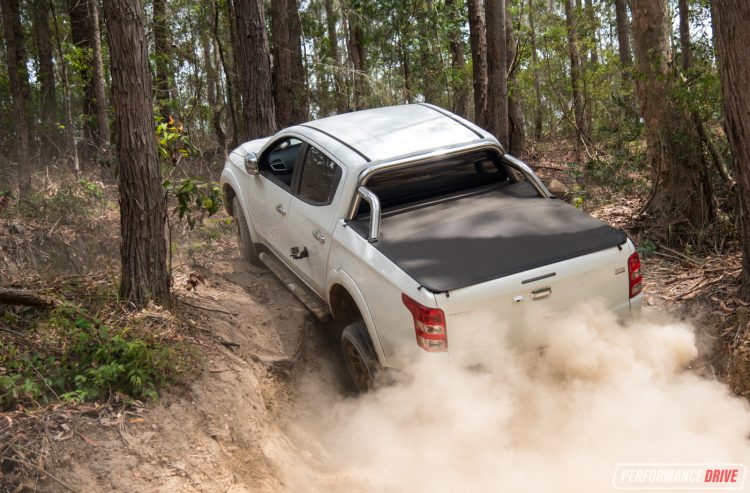 Off the road the engine is just as versatile and practical. The peak torque, which is reached at 2500rpm, is enough to allow taking off in second gear if you need to. Peak power at 3500rpm also means you’re not going to be spinning away all the grunt with wheelspin, so long as you keep the revs low and just use torque for progress.

Along the very rugged tracks here in Ourimbah, the Triton is unstoppable. In fact, we purposely attacked some very serious routes simply to see if it would last. And it did. There was only one occasion where it let us down and that was when we asked too much of it by taking on a stupidly steep and rutted section. Fortunately there was an alternative route that most drivers take. Even so, we didn’t have to snatch the Triton out of any tough spot. With a slow and steady approach, and the tyres deflated to around 15psi, the Triton is a machine in the demanding off-road stuff. 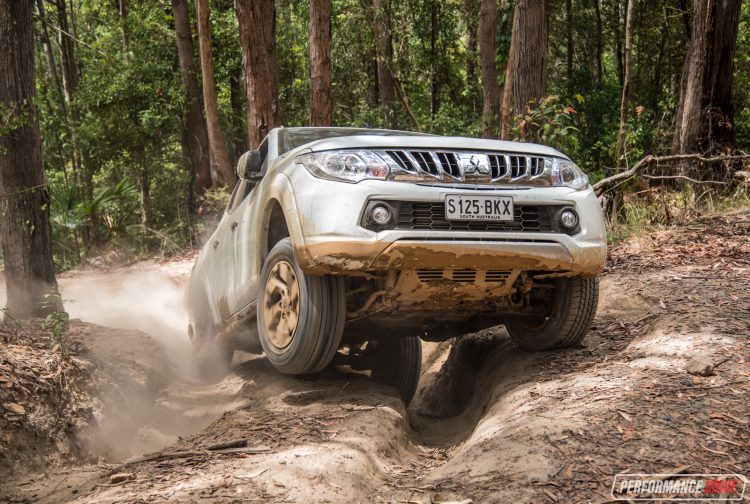 The average ground clearance means it can snag on rocks and protruding ruts, but there is enough clearance for what most buyers are going to expect of a production vehicle that is intended for the road as much as off the road. Most of the important bits underneath are tucked away and out of sight, and there are protection plates for those that are vulnerable. Even the factory side steps, made from alloy, withstand abuse quite well, and they are attached high up on the sill rather than hanging right down like they do on some utes.

In terms of negatives, the Triton’s standard 245/65 tyres mounted on 17-inch alloy wheels on the Exceed are the weakest link. These road-oriented tyres are pretty quiet and comfortable on the road, and probably help with overall fuel economy, but if you are planning on regular off-road use we do recommend optioning for some more serious rubber. With all diff locks engaged and with more serious tyres this thing would be incredible. Keep in mind though fitting chunkier tyres would put more pressure on the driveline and in particular the axles and differential, especially when the diffs are locked. 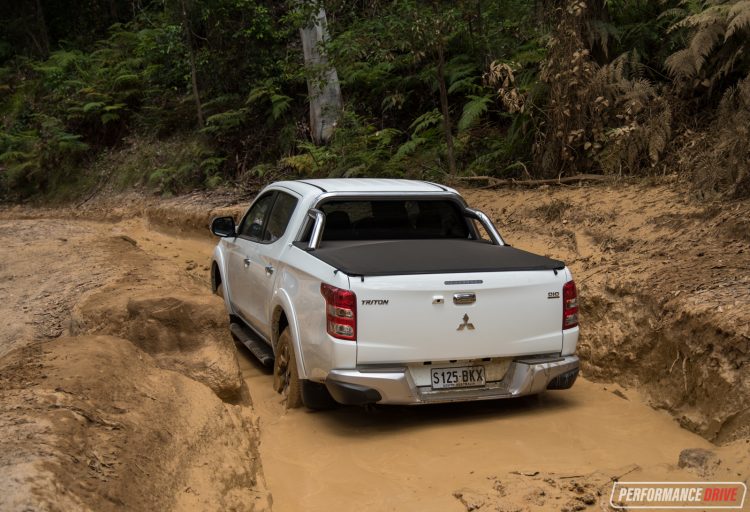 The only other area that is a bit of a letdown is the cabin. It’s pretty modern and most features are there, but the touch-screen interface is a bit behind in our opinion and the rear seat is narrow due to the vehicle’s general thinness. Mitsubishi has since updated the touch-screen interface for MY2017 (just released at time of writing). Aside from these minor quibbles, the Triton is a truly dependable, capable, and surprisingly efficient tool when you’re out in the wilderness. Take a look at our behind-the-scenes video below for an example of some of the terrain it can conquer.

Prices start at $47,790 (excluding on-roads) for the Exceed, which comes in automatic form only.