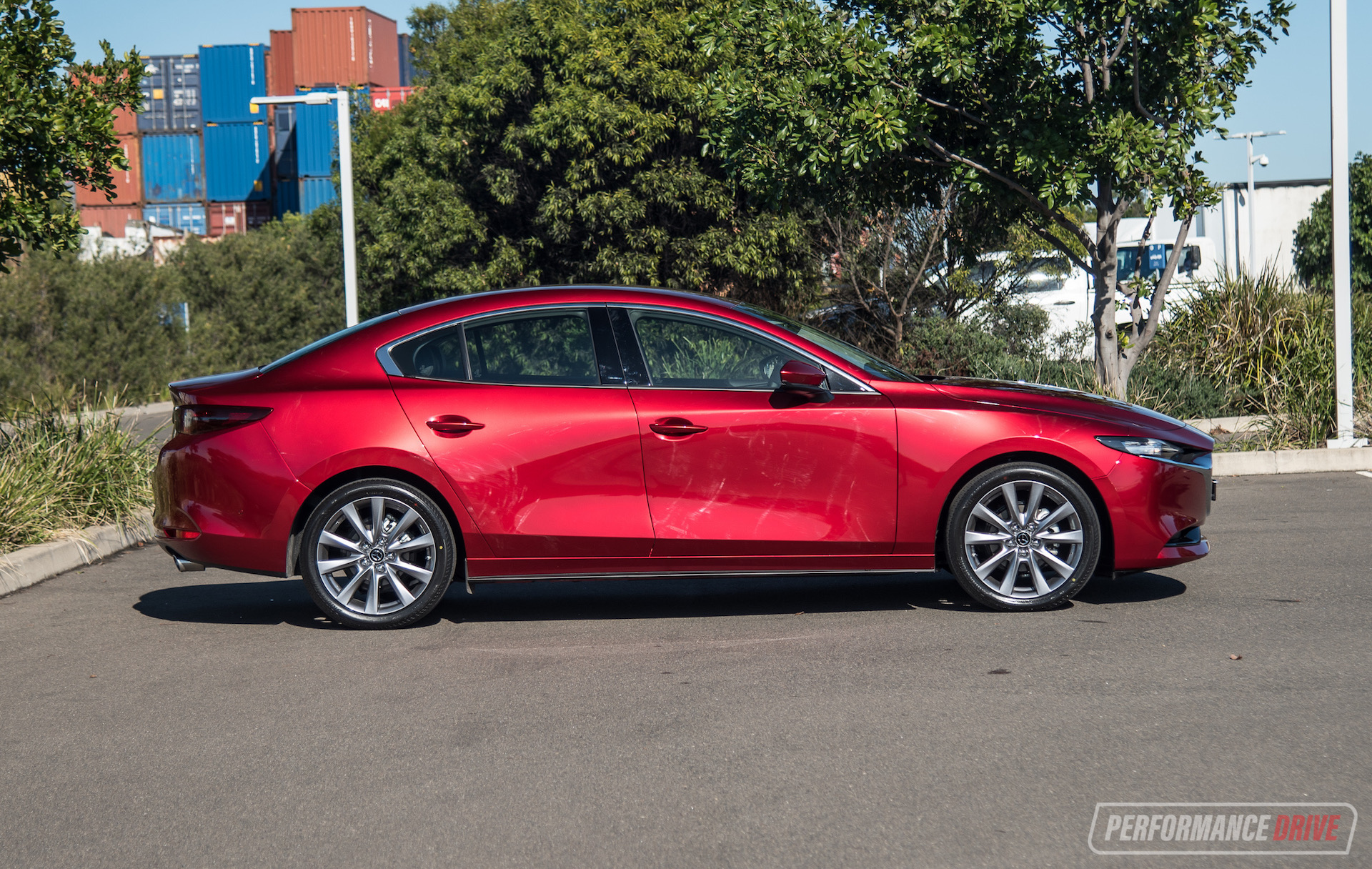 The Mazda3 has for a number of years been the yardstick that the market has used to compare and contrast other entrants in the small car segment, for a number of reasons. Each and every generation we’ve seen class-leading improvements to the styling, drive quality and interior finish. But what happens when the yardstick is replaced? 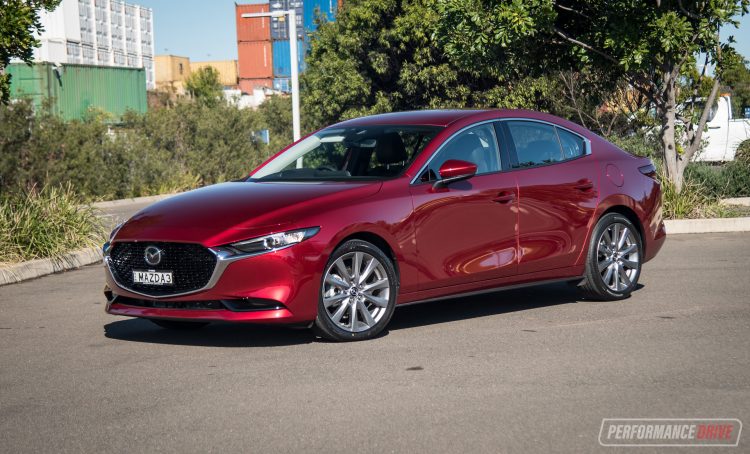 Mazda is under considerable pressure as they are many propositions now available in this class, and many of them are very good. We’re keen to find out whether or not the new model has some substance, and not just style on it side.

The variant we’re testing here, the G20 Touring sedan, is priced from $28,990 (before on-road costs). The optional premium paint (Soul Red Crystal) finish costs $495 more, and the auto is $1000 extra. You can check out our previous report for a full rundown on the sedan lineup pricing here. You can also check out our Evolve G20 hatch review here and G25 GT hatch review here for more. 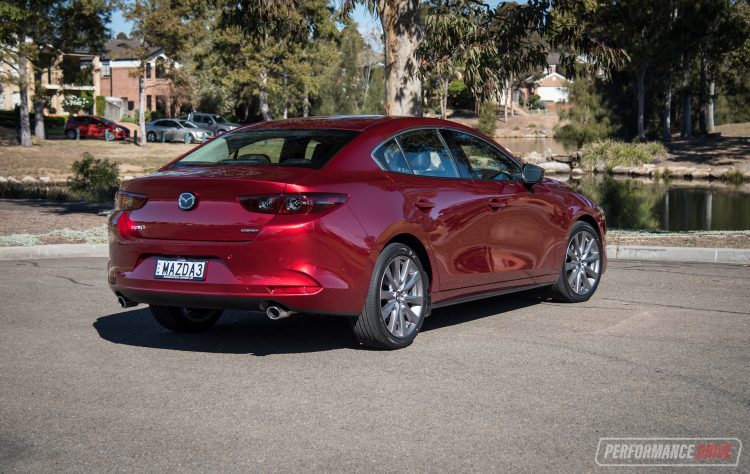 In terms of whether or not the Mazda 3 is still the yardstick in respect to the fit, finish and quality of the packaging, the short answer is that it most certainly is. Stepping inside the G20 Touring, you’d be forgiven for thinking you were sitting in one of its more expensive German rivals.

There’s been a large deal of attention paid to the materials used and the assembly of the Mazda’s interior, with lines swooping through the upholstery around the cabin, with a minimalistic approach to cabin design and a sleek-looking 8.8-inch infotainment system.

The finish of the interior is flawless, and will leave no buyer feeling short-changed. On that note, while the price of the lineup is steadily creeping north, Mazda is still throwing in ample amounts of equipment to keep customers happy. In the G20 Touring, you receive automatic LED headlights, 18-inch alloys, an eight-speaker stereo system, dual-zone climate control, leather upholstery as well as a leather steering wheel with flappy paddles. 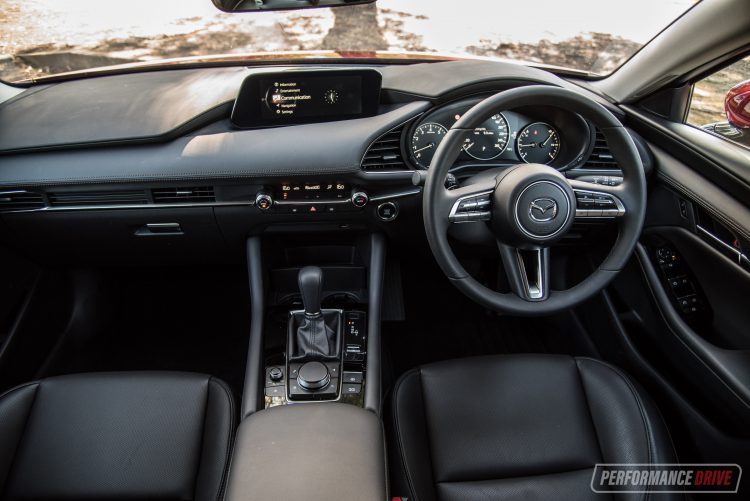 Styling being the subjective beast that it is, we’ll let you make up your own mind as to whether or not you like it. But we get the feeling the design tweaks bringing that familiar shape and fascia into 2019 are going to be welcomed by the buying public. 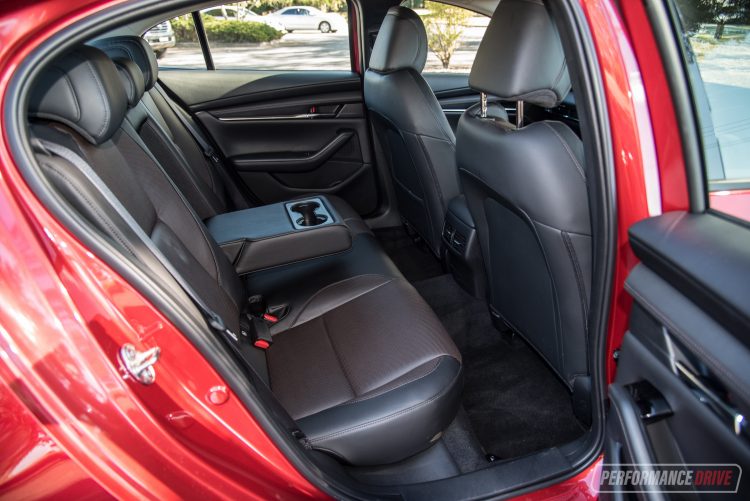 In terms of practicality, there’s an array of cubby holes in the front of the cabin for phones, water bottles and daily items, with a decent amount of headroom for front and rear occupants. Legroom is completely acceptable for passengers in the rear, even with two taller people up front. And in terms of boot space, there’s a gargantuan 444 litres on offer (up from 408L in the previous model) to swallow up a family’s belongings.

So, there it is, in terms of the package as a whole, the Mazda 3 G20 Touring is near flawless in its execution as a medium-sized and competitively-priced sedan. 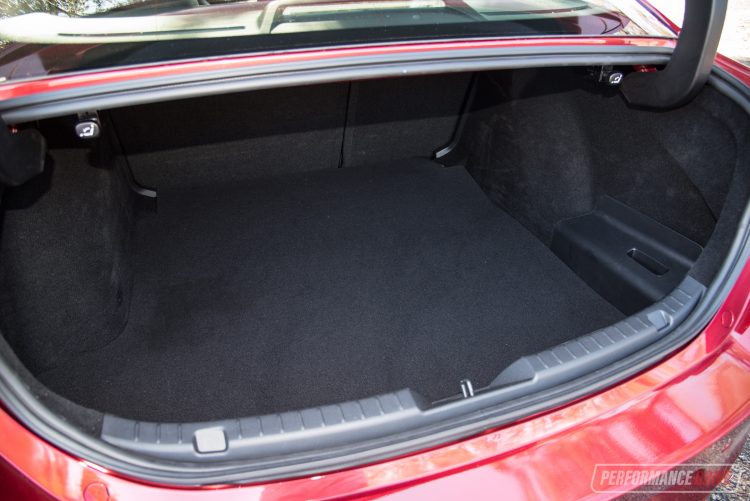 The G20 Touring is powered by Mazda’s Skyactiv-G 2.0-litre four-cylinder unit, which produces 114kW and 200Nm. There’s nothing too remarkable about the powertrain in question, and it remains in the same form as the previous model. At times, it can feel as though it is working extremely hard to get up to speed.

In terms of the ride, the Mazda3 feels more European now than previous generations and current competitors. Most notably, the steering feel is significantly heavier, giving it a more Volkswagen-esque weight as you turn the wheel. Combined with the aesthetics of the interior, it’s obvious the Mazda3 really is looking to target some of the Euro offerings.

To match, the suspension is now on the firmer side, which is archetypal of the Euro stuff. But, at times it feel too firm. The suspension does an admirable job of ironing out most irregularities, but sudden bumps don’t receive the same treatment. Ricochets are sent noticeably through the chassis. This rears its head particularly on speed bumps or entering a slightly raised driveway. It’s also worth mentioning the new Mazda3 swaps its previous multi-link rear layout for an inferior torsion beam setup. 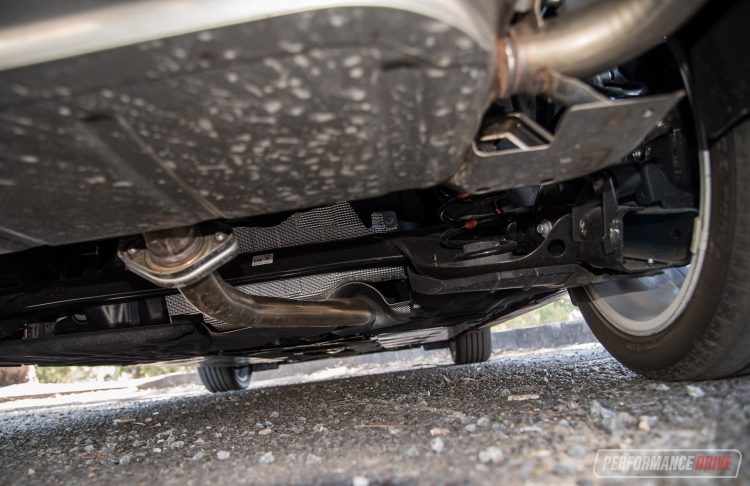 This, however, is made up for in a lot of ways by the cabin refinement. The car remains extremely quiet at speed, meaning Mazda hasn’t skimped on the attention to reducing NVH with its latest platform. About the only intrusion on quietness is that old engine, which does like to scream and roar and not really in an appealing way.

Another area that seems to have slipped behind is the fuel economy. It seems as though Mazda engineers have paid too much attention to other areas of the car, because from our time in the G20 Touring, we didn’t see any improvements in this area over its predecessor. 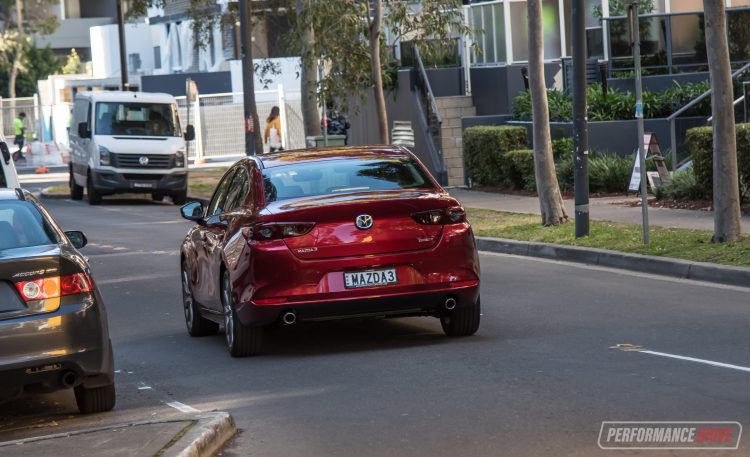 On a typical week-long cycle of inner-city monotony and highway driving, our car reported back a 8.1L/100km. This is well above the official 6.1L/100km figure. It doesn’t necessarily make this a thirsty car, but for this specific class, with the entry 2.0L engine, one would expect a much lower figure. The official number increases from the previous 5.7L/100km rating, with the same engine.

It’s as though the 2.0-litre needs to work hard to get up to speed, and in the process, fuel economy suffers. You could no doubt get better figures than what we saw with a feather-light foot on the throttle, but under normal driving conditions, the economy isn’t great at all for this segment. 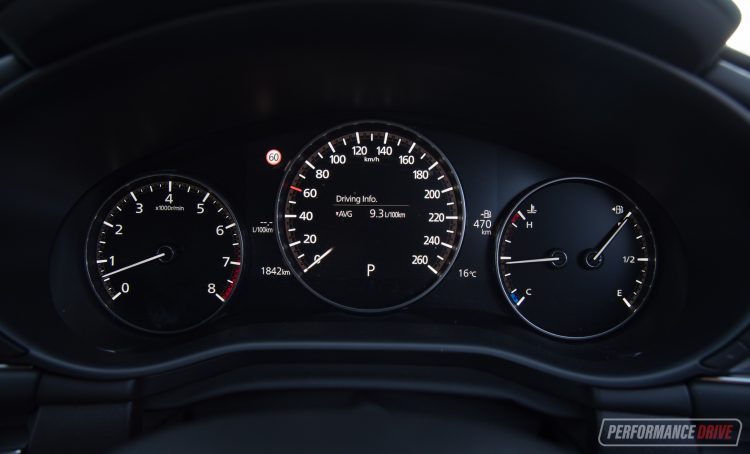 Perhaps the latest version of the Mazda3 is a victim of its own success; with customers becoming accustomed to such profound improvements with each generation’s upgrades, in a lot of ways, we’ve been spoiled. With the latest update, we might have let our preconceptions reign supreme in expecting a similar level of improvements, when it’s more a case of incremental improvements, rather than groundbreaking ones. That’s not to say, however, that the Mazda3 G20 Touring is a sub-par car. It’s not. It remains a great proposition for this segment.