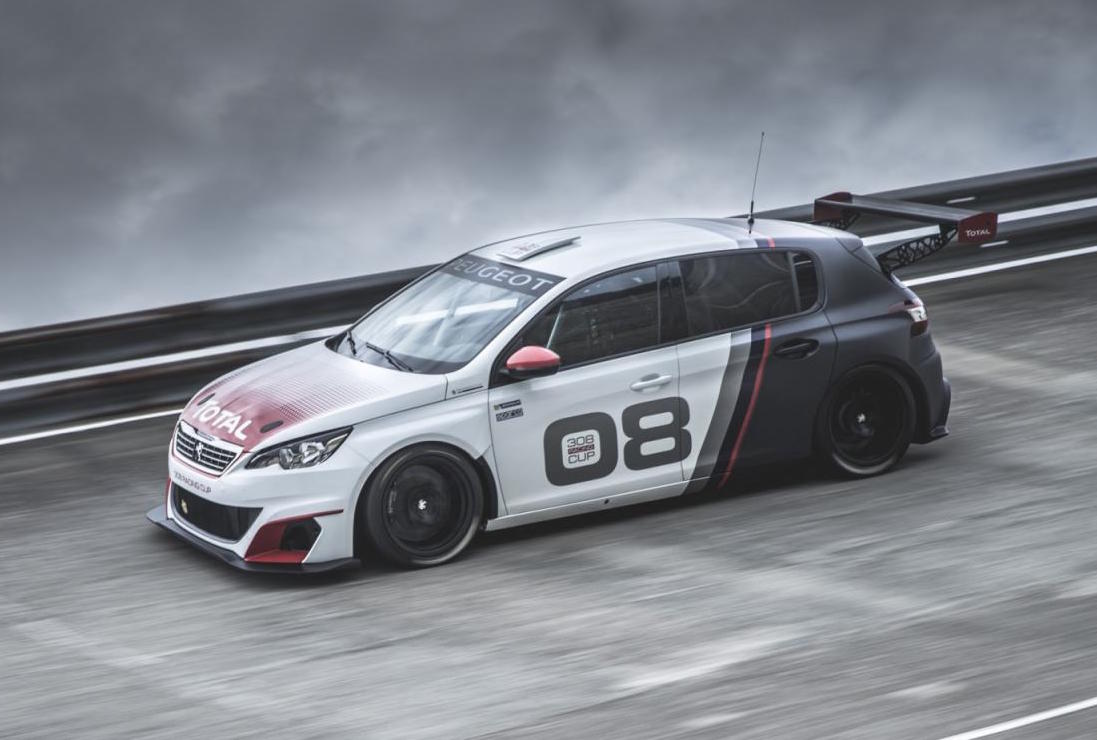 Peugeot has announced the successor to the RCZ Racing Cup car, based on the 308 GTi. An example of the racer will be showcased at the Frankfurt Motor Show next month. 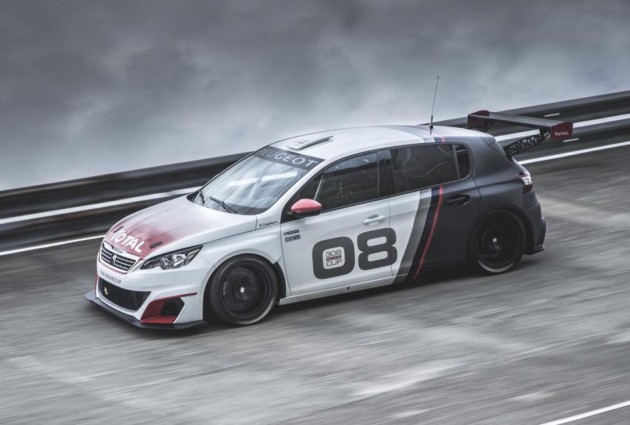 If you can’t make it to Frankfurt for the show, you needn’t worry, the company has unveiled the car online so we can all get a close look. It’s called the 308 Racing Cup car, and it’s the fattest and meanest 308 hatch we’ve ever seen.

The body is widened and features muscular pumped wheel arches that house 18-inch racing wheels. At 1910mm wide overall, it is 106mm wider than the regular 308 GT. What’s also different to the regular 308 is the extremely lower front spoiler and gaping front bumper bar that has big air intakes to aid cooling and engine breathing.

Around at the back there’s a huge wing to add downforce at high speed, along with an aggressive diffuser underneath to help extract air from beneath the car. Designers have also decided to apply the black colour scheme to the rear quarter of the 308 like with some special edition and concept road cars.

In the engine bay sits the same 1.6-litre turbocharged petrol engine only it has been extensively modified to make it more suitable for racing. Thanks to various changes, the little unit develops an incredible (for a 1.6) 227kW, up from 199kW in the top 308 GTi 270 road car. Instead of sending power through a six-speed manual though like in the 308 GTi, the racer gets a sequential auto. 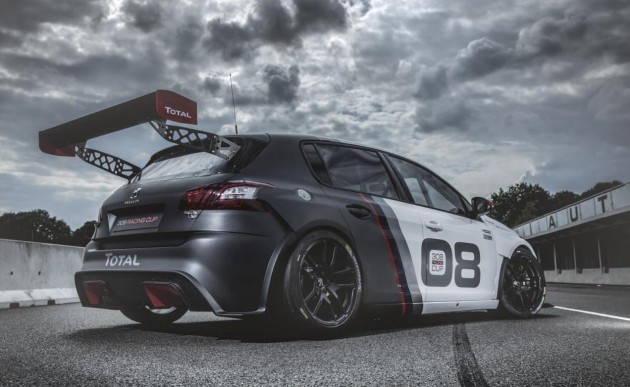 Peugeot will be showing off the car’s track performance for the first time on October 24 and 25 at the Paul Ricard circuit in France. Buyers are set to begin receiving orders later in 2016.