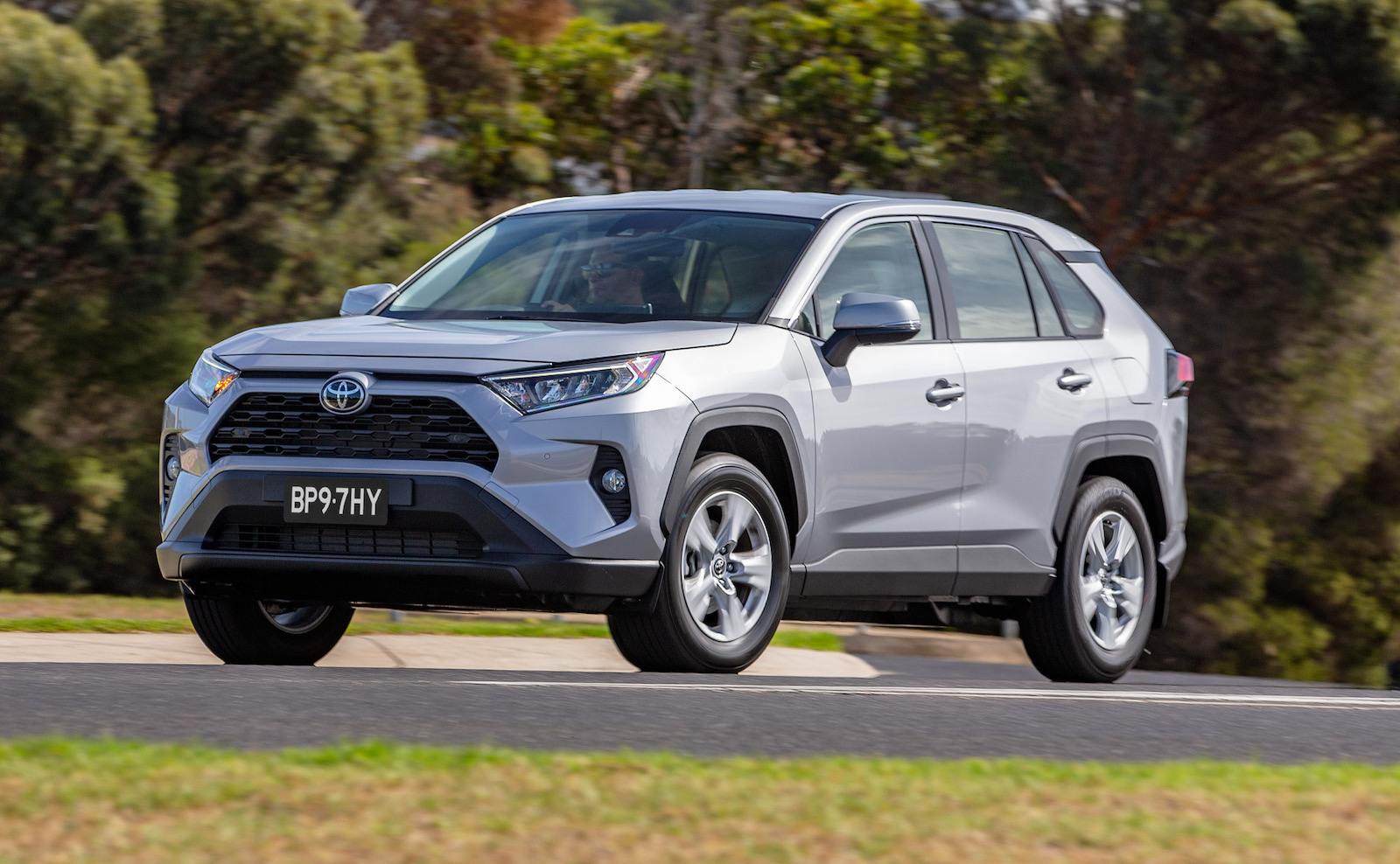 As expected new car sales are down considerably compared with June as we enter the new financial year, according to July 2020 VFACTS figures. The coronavirus pandemic looks like it is continuing to contribute as well, in a number of ways, to a general market downturn. Slow supplies due to production halts, spending fears among consumers in these unpredictable times, and even social distancing restrictions and anxieties are all likely factors in the sales slump. 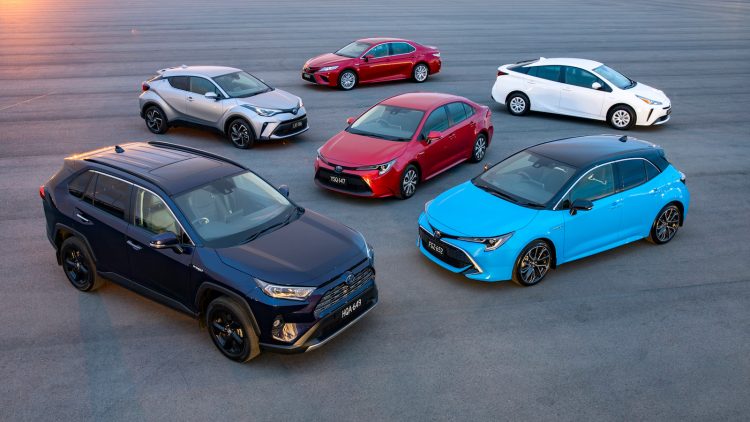 So, what do the figures look like exactly? Well, during July the industry recorded just 72,505 new vehicle registrations (although not technically ‘sales’, we will call them sales from here for brevity and simplicity). That’s down from 110,234 sales in June, which likely saw many buyers getting their last purchases in before the end of the financial year. July figures are down 12.8 per cent on July 2019 sales too. The year-to-date (YTD) variance is up from negative 20.2 per cent in the first six months of the year, to negative 19.2 per cent through July.

Toyota remains as the best-selling car manufacturer. But even it isn’t immune. Its July efforts of 15,508 sales are down 13.2 per cent on July 2019 sales. However, its YTD number is down only 7.7 per cent, against the market downturn of 19.2 per cent. We’ll mention it later as well but the new HiLux, arriving in August, is likely to see a decent uptick for the upcoming months.

Mazda crossed the line in second place once again, with its monthly figure down only 5.1 per cent. Across YTD though, the Japanese brand is down 26.6 per cent. In third place is Mitsubishi, jumping from fifth place in June. Compared with July 2019, its figure is down 10.7 per cent, and YTD numbers are down 32.1 per cent.

See below for the top 10 best-selling car brands in Australia for July 2020. The figures in brackets are from the previous month and not YTD so we can see how models are tracking throughout the year.

Who’s responsible for the best-selling vehicle model? Toyota, of course. But it isn’t the HiLux. For the first time for as far as we can remember, the ute wasn’t the best-seller. Instead, it was the RAV4. It posted huge numbers in July, perhaps as the high demand and backlog of orders starts to roll in.

Interestingly, the runner-up wasn’t the HiLux either. The Ford Ranger was the second most popular new vehicle during July. And then third spot was eventually taken by the HiLux. We have a sneaking suspicion HiLux numbers are down because orders for the new, more powerful version are yet to arrive. These are scheduled to start arriving some time this month. The top 10 best-selling vehicles in Australia during July 2020 were as follows: 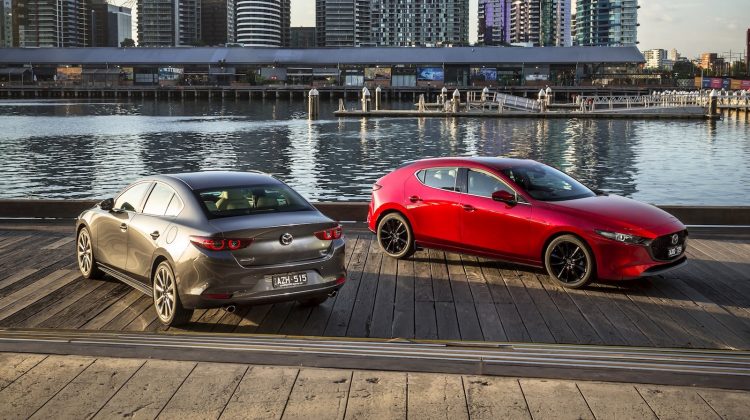 Small Cars under $40,000 – Over in the once very popular small car class, the Toyota Corolla set the pace. Hyundai posted respectable numbers for its i30 though, good enough for second place. The Mazda3 moved back into third after the Kia Cerato took it in June. Sadly, the Holden Astra has almost dropped off the charts completely, posting just 61 sales. Segment sales are down 31.6 per cent YTD, and down 29.7 per cent on July 2019 efforts. See below for the top 10 best-selling small cars in Australia during July 2020:

Small Cars over $40,000 – Into the premium version of above and things aren’t looking so grim. Segment sales are actually up 13.4 per cent YTD, and up 18 per cent for the month. This was mainly driven by the Mercedes A-Class, with its sales up 29.8 per cent and 57.2 per cent, respectively. Audi A3 figures also look good for the month. The top five best-selling vehicles in the segment during July 2020 were as follows:

Medium Cars under $60,000 – The Toyota Camry is still going strong here. In fact, its monthly figure is actually up compared with June – you’d think many business and fleet car buyers would be making their purchase before the financial year. As usual, none of the nearest rivals got close. Combined class sales are down 25 per cent YTD, and down 20.1 per cent compared with last July. The top 10 best-selling vehicles in this class during July 2020 were as follows: 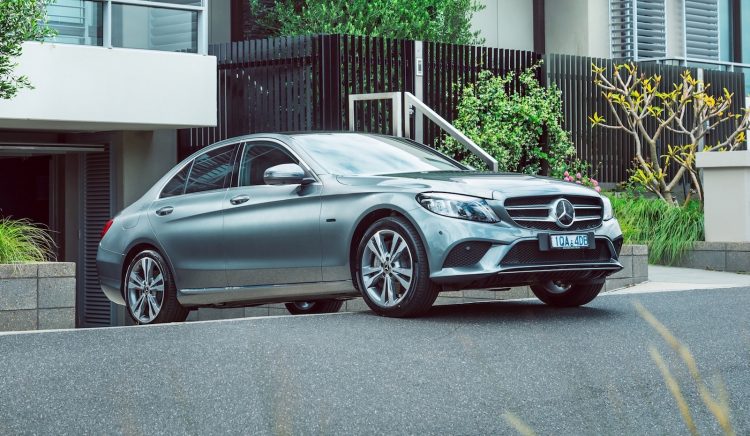 Medium Cars over $60,000 – Executive class figures aren’t shaping up all that well. Segment sales are down 29.2 per cent YTD and down 34 per cent for the month. It seems it’s the Mercedes C-Class’s turn to take the lead, with it and the BMW 3 Series pretty much alternating the top spot from month to month. However, during July the 3 Series dropped down to third spot. The top five best-selling vehicles in this class during July were as follows:

Large Cars under $70,000 – This looks like it’ll be a single-car segment soon. The Kia Stinger appears to be doing its best to hold it together, while the Holden Commodore posted more sales than the Skoda Superb. And that’s despite the Commodore going out of production. So far this year Holden has sold 711 Commodores, to just 129 Superbs. The Stinger has posted 1048 sales YTD. Overall sales in this class are down 65.1 per cent YTD, and down 48.6 per cent for the month. The only vehicles on sale in this segment in July shaped up like this:

Large Cars over $70,000 – Premium large sedans aren’t doing as bad. Across YTD, the segment is reporting a 36.8 per cent drop, and a 12.1 per cent decline for the month compared with July 2019. The Mercedes E-Class posted the most sales, with the BMW 5 Series in second. Again, these two seem to alternate the top spot month to month, almost exactly in turn. The Audi A6 rounded out the top three. The top five best-selling vehicles in this class during July 2020 were as follows: 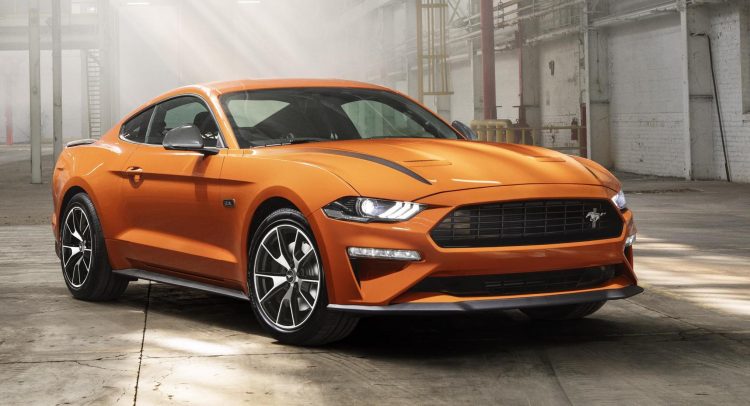 Sports Car under $80,000 – Into the fun stuff, and of course the world’s most popular new sports car continues to set the pace. The Hyundai Veloster remains in second spot from the previous month, and then it’s the Toyota 86 to round out the top three. Class sales are down 21.6 per cent YTD, but up 10.6 per cent for the month. The top five best-selling vehicles in this segment during July 2020 were as follows:

Sport Cars over $80,000 – In the more serious stuff, Mercedes continues its domination with the two-door C-Class, followed by the two-door E-Class. BMW will launch its all-new 4 Series later this year, which could see some shuffling about with these figures. The Toyota Supra joins the top five in July, while the 4 Series and Lexus RC share fifth spot. Segment sales are down 36.2 per cent YTD, and down 33.1 per cent for the month. The top five best-selling models in this segment during July 2020 were as follows: 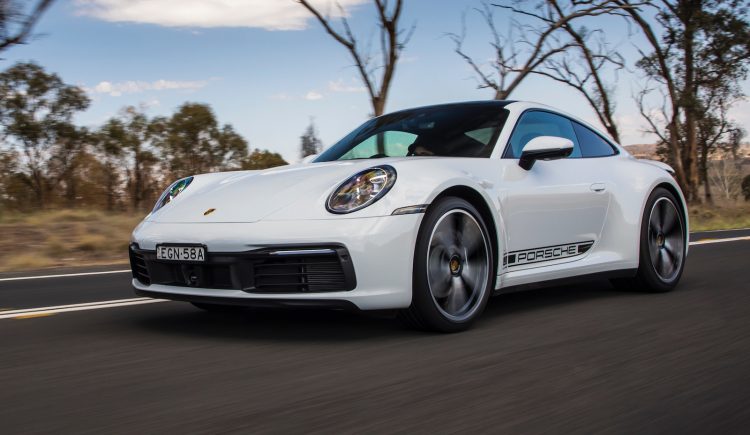 Sport Cars over $200,000 – In the very serious end of the driver’s car market, segment sales are down 28.9 per cent YTD. However, for the month of July, it’s only negative 6.8 per cent. That’s not too bad considering these times. Porsche continues its charge with the most sales, actually up 39.1 per cent compared with July last year. The BMW 8 Series remains in second spot, followed by unspecified Ferrari models in third. The top five best-selling vehicles in this class during July 2020 were as follows:

Combined 4×2 and 4×4 ute – Yes, it’s time for the utes. As we saw earlier, the Ford Ranger took the lead for overall ute sales in July, followed by the HiLux. The Triton remains in third from June, with the BT-50 also sitting steady. Further down, we’d expect the Isuzu D-Max to see a spike next month thanks to the launch of the all-new model, with the new Mazda BT-50, borrowing the Isuzu’s underpinnings, arriving a bit later this year. The top 10 best-selling utes (4×2 and 4×4 combined – excludes LandCruiser, LDV T60, RAM 1500 etc.) for July were as follows: 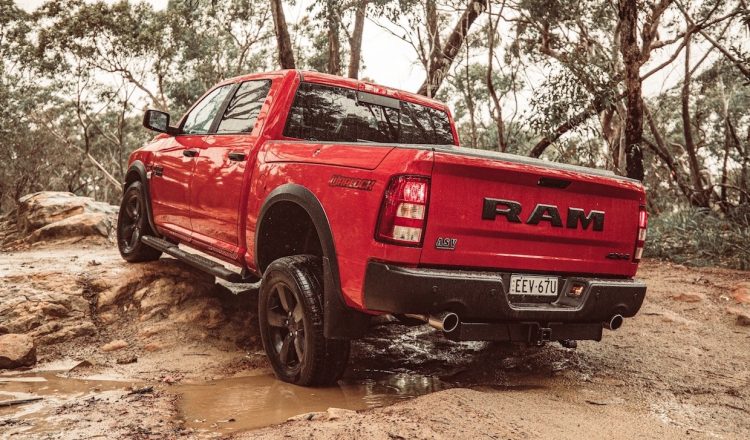 For utes that are only available with 4×4, it’s the Toyota LandCruiser 70 Series that sticks in the lead. Actually, the top five standings remain unchanged from June, albeit with lower numbers across the board. The top five best-selling 4×4-exclusive utes during July 2020 were as follows:

The jumped-up wagons and four-door coupes of the world continue to maintain a large chunk of the overall market. So how are the most popular segments doing? The ‘Medium below $60k’ category continues in front, with 13,786 sales in total for July. That’s down 17 per cent YTD, but only down 1.7 per cent for the month. 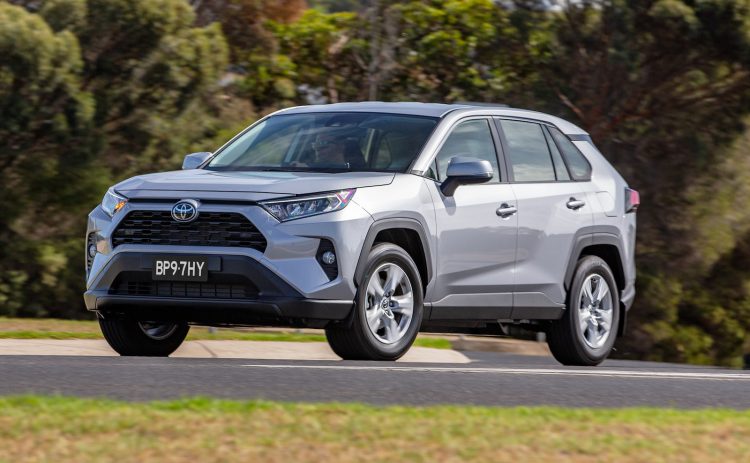 Total new vehicle sales in Australia in July were down on June 2020 figures, as mentioned. During July, Australian consumers bought 72,505 vehicles according to VFACTS, compared with 110,234 in June. Overall sales for the month are down 12.8 per cent compared with July 2019, and down 19.2 per cent year-to-date.