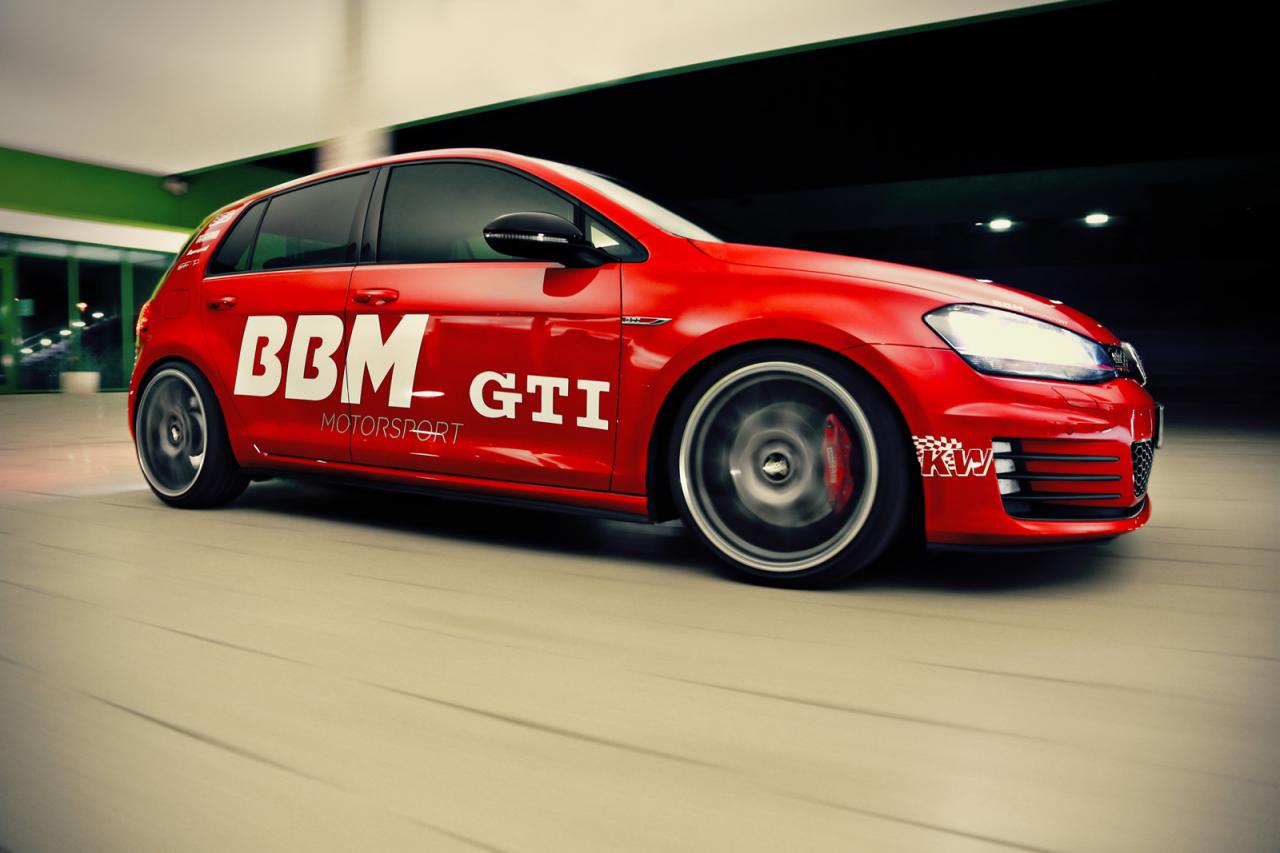 The Mk7 Volkswagen Golf GTI has only been on sale for a short time. Even so, keen modifiers have already developed some tuning options, such as these from BBM Motorsport. 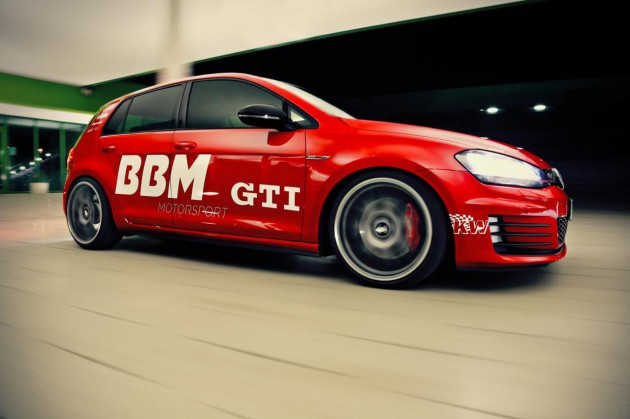 Taking the GTI Performance variant as a base, BBM Motorsport has developed a tuning program which includes custom down pipes, a full 100mm exhaust system, Supersprint mufflers, and a carbon fibre intake setup. 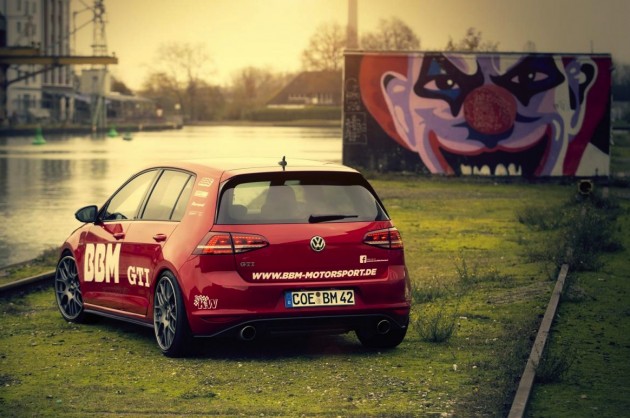 As a result of the engine modifications, the GTI Performance model no longer produces 169kW and 350Nm. It now produces a much meatier 221kW and 440Nm. Acceleration figures haven’t been mentioned but we’d be betting for a 0-100km/h time well within the 5.0-seconds range.

To give the otherwise conservative-looking Golf some visual appeal BBM fits a set of dark 19-inch lightweight BBS mesh-style alloy wheels, and a full body wrap in red by SFT Carwrap Ibbenbueren.

With this kind of performance on tap it makes it just as powerful as the upcoming Golf R, only this is front-wheel drive so it would be a bit of a handful (fun) to drive.