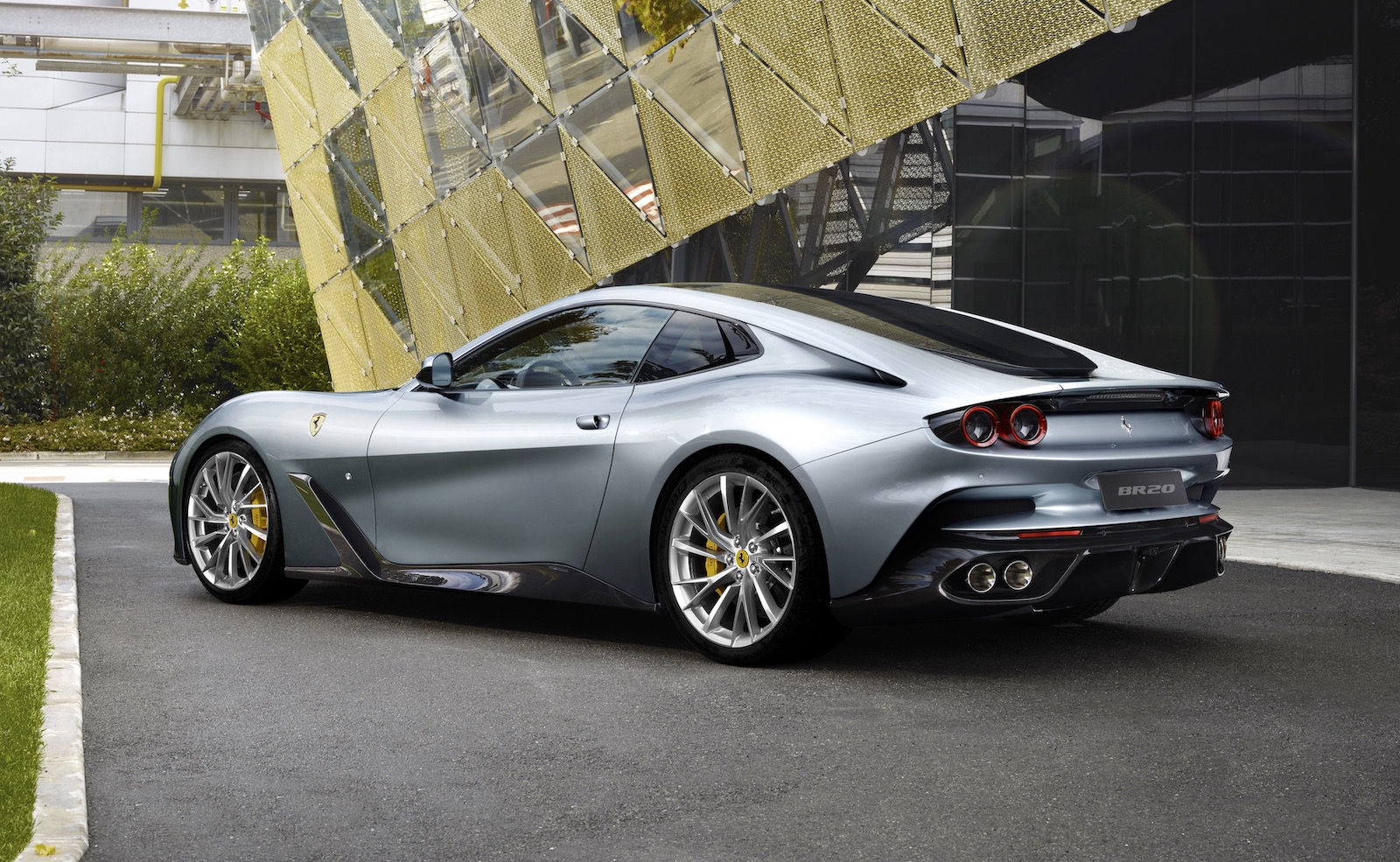 Another one-off project has been built by Ferrari and its Special Projects division, commissioned by a loyal – and presumably very wealthy – customer. 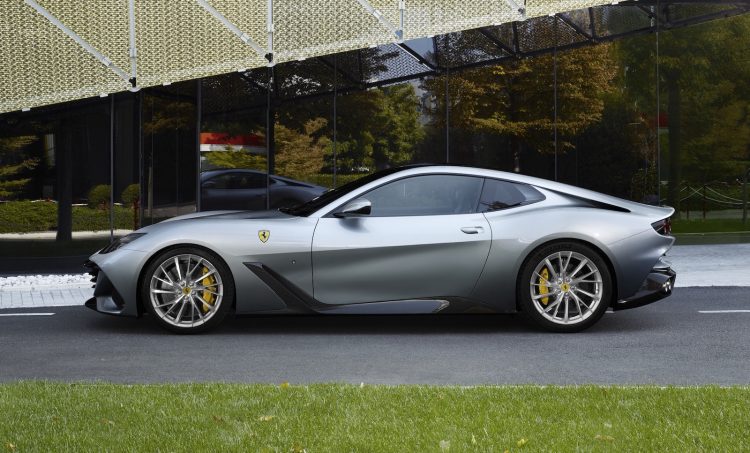 Called the Ferrari BR20, the special model is based on the GT4CLusso. It’s stretched by 76mm due to an extended rear section which has been designed to create an elegant coupe-like silhouette, as opposed to the GTC4Lusso’s shooting brake profile.

Ferrari describes the rear bumper bar as muscular and aggressive, meshing with the rest of the car. There’s also twin taillights, syncing with the exhaust pipes, and a deep diffuser lower down with active flaps. The overall package is inspired by classic 12-cylinder Ferrari models such as the 410 SA and 500 Superfast. 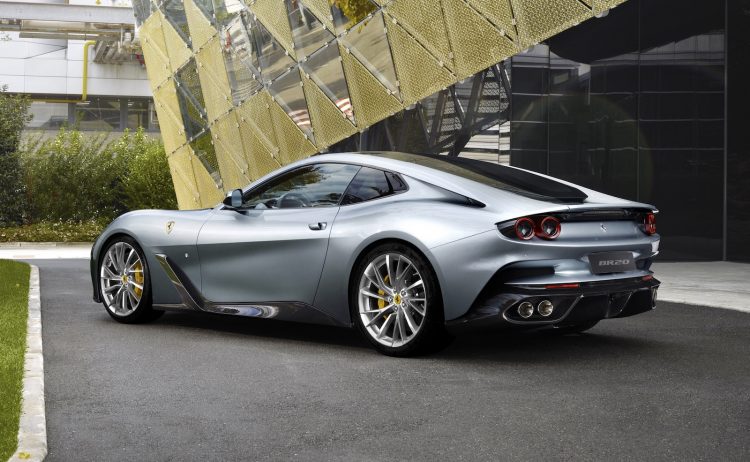 The rear seats are removed to emphasise a fastback theme, and in fact the cabin design and volume is completely overhauled. Designers, led by Flavio Manzoni, had the freedom to implement innovative proportions, leaving a stylish and powerful character. And check out the tightly-wrapped dark brown leather trim. It looks like one of those tufted Chesterfield sofas.

Throughout the car are many carbon fibre details, including the high side sills, front air vents, and the upper front grille element. The latter feature is a trademark detail for special one-off Ferrari projects. 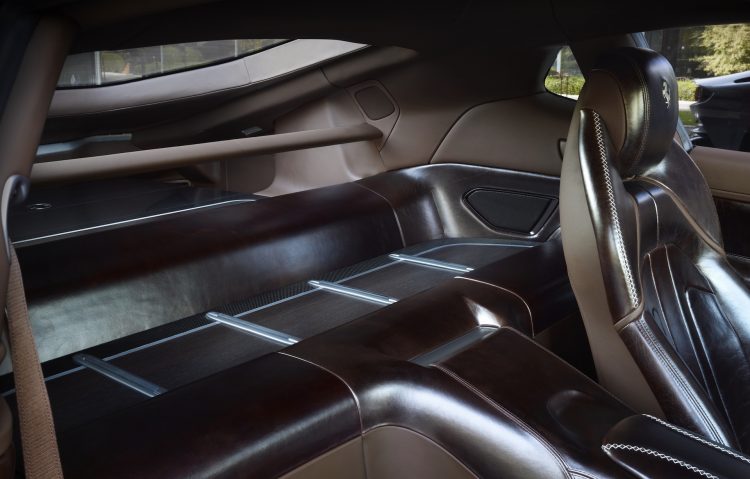 There’s no mention of the engine specifications so we’ll assume it features the same 6.3-litre naturally aspirated V12 as the GTC4Lusso. In that the sonorous unit develops 507kW and 697Nm.

Matched up to the engine is a seven-speed dual-clutch transmission, sending power through an on-demand all-wheel drive system. Ferrari claims 0-100km/h takes just 3.4 seconds, however, we suspect the BR20 might be a tad quicker due to the sleeker aerodynamics and removed rear seats.

While this model is not technically up for sale, we’re sure Ferrari’s Special Projects division will be happy to build you something similar for the right coin.