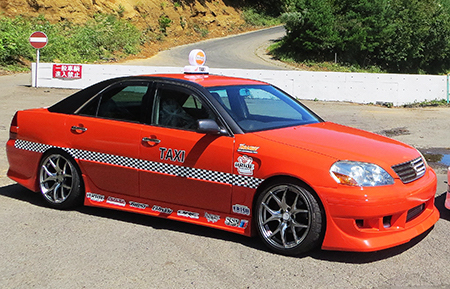 You may have heard of the Ring Taxi in Germany, set up to take passengers around the Nurburgring. Well, it seems the Japanese have caught on and applied a similar philosophy to showcase the art of drifting.

Yes, a drift taxi has been set up at Ebisu Circuit. Ebisu is one of the most popular drifting facilities in Japan, featuring seven different courses, five of which are for drifting. The circuit’s managers, along with Team Orange, offer the service to tourists and those interested in getting a real drift experience.

Popular YouTuber noriyaro has put together a neat video feature exclusively outlining the Drift Taxi operation, and includes a ride-along with one of the Team Orange staff drivers. He says customers are taken through a variety of courses, with varying degrees of drifting level and speed.

The car of choice for the drift laps is a Toyota Mark II (JZX110) which comes with a 1JZ 2.5-litre twin-turbo engine as standard, with rear-wheel drive. It’s the perfect recipe straight out of the factory. There’s also a previous-gen JZX100 example on the fleet.

The taxi version has been modified and includes a bigger Trust turbocharger, bigger intercooler, and ECU tuning that results in around 320kW. Inside, there’s a neat roll cage fitted along with four racing bucket seats by Bride, and a smattering of special digital gauges. There’s also a custom suspension setup, bodykit, and some aftermarket wheels with performance tyres.

If you’re interested in going drifting in Japan, or you’re planning a visit to the Ebisu Circuit some time in the near future, head over to the Ebisu website for more information. The site is in Japanese but there is an application form to request a taxi ride.