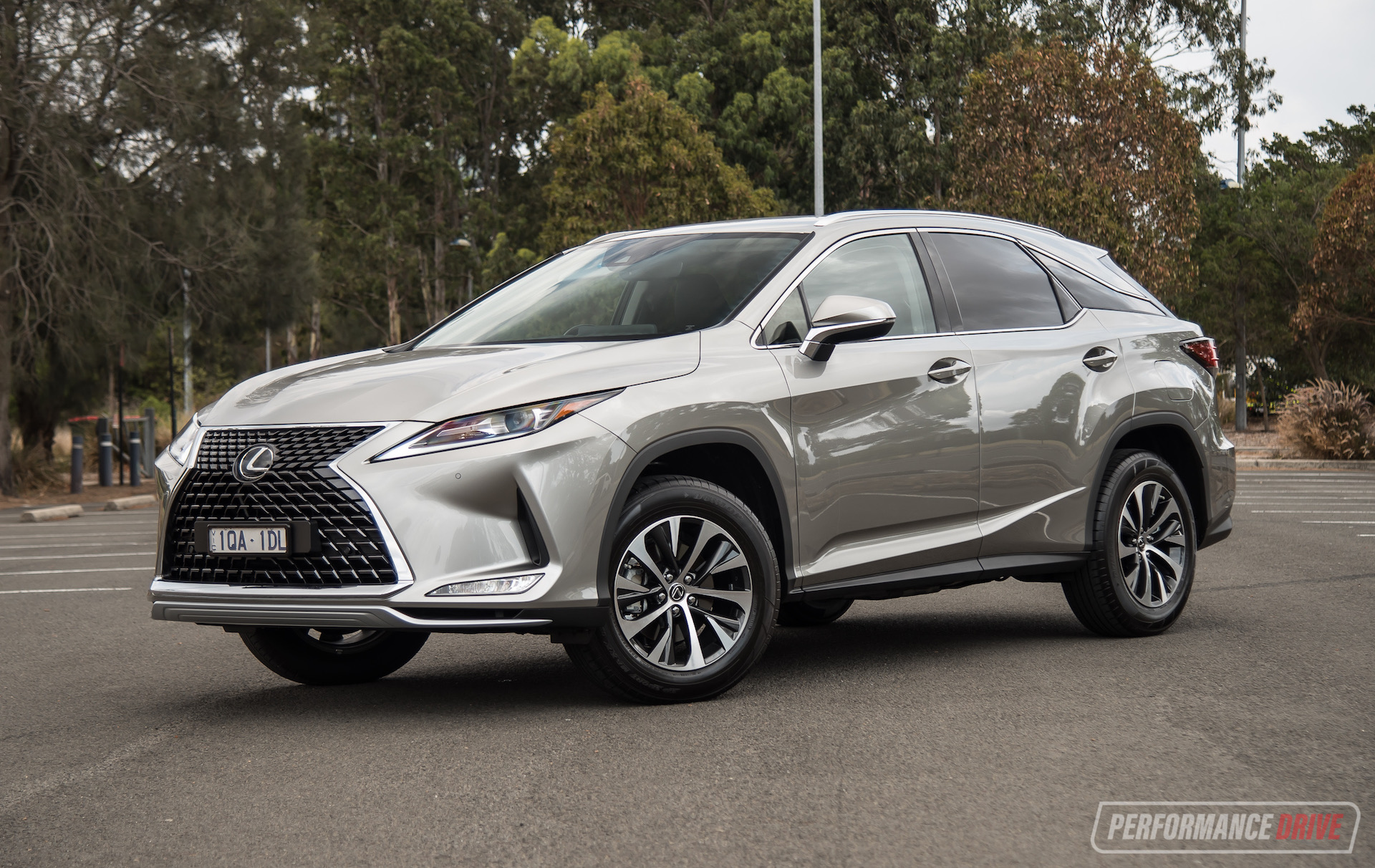 From the brand of indulgence and luxury, Lexus flexes its pursuit of perfection with its latest rendition of the RX large SUV. Among a comprehensive line of SUVs from the Japanese brand, the RX sits as the second largest, under the LX. Now in its fourth generation (although not released in Australia until its second generation), it competes against the likes of the Audi Q7, BMW X5, Mercedes GLE, and the Volvo XC90. 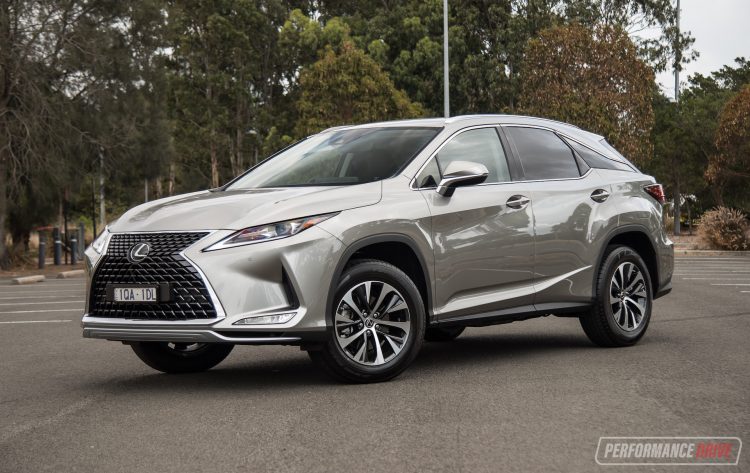 Late last year brought in the 2020 update, with connectivity, standard safety equipment, driving dynamics and cosmetic details all enhanced or improved in some way. You can choose from three powertrains for the 2020 model, including RX 300, the 350, and 450h hybrid.

This is the entry level option. It comes with a 2.0-litre turbo-petrol four-cylinder engine that produces 175kW and 350Nm. It’s matched to the only six-speed auto transmission in the range, sending power through the front wheels only. If you’re after more power or all-wheel drive, the RX 350 comes with a V6 petrol that outputs 221kW and 370Nm. And at the top, the RX 450h combines a petrol V6 and an electric motor to produce a combined output of 235kW (combined torque not specified). It also powers all fours but is paired to a CVT auto transmission, instead of the 350’s eight-speed.

If seven seats are a requirement, the RX 350 and 450h can offer this. This is denoted by adding an ‘L’ to the name. Interestingly, due to the extra room required for the third row of seats, the exhaust needed to be simmered down in the RX 350L, which creates a lower engine output of 216kW and 358Nm.

There are three main equipment levels too; the Luxury, F-Sport, and the Sports Luxury, but not all are available on certain powertrains. There is also an Enhancement Pack (EP) available on Luxury models. This base model RX 300 at the standard Luxury trim level has a starting price of $71,920 (plus on-road costs), which is down $1600 on the previous model. 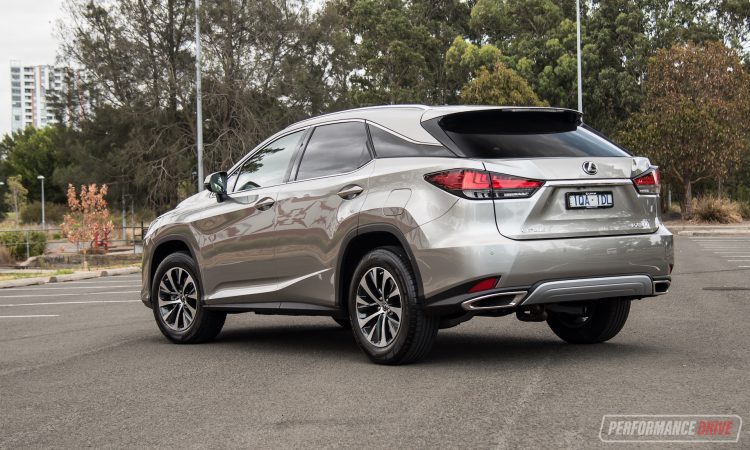 There’s no doubting the identity of a Lexus when you see one on the road. The RX 300 is no exception. It screams elegance and quality. It continues with the sharp, angular Japanese design language, including that gigantic front grille that spans from the bonnet down to the bottom of the bumper, and beautifully crafted lights at the front and rear. The boot shape goes with a gentler slant than other SUVs, which gives off a sporty vibe.

The first thing you notice when you enter the interior is the high-quality leather scent. It’s not a cheap, plastic smell like some inferior brands. Once you climb in, it’s very easy to find a comfortable seating position. Lexus famously places everything within close reach and is very driver-centric. The centre console is raised to your arm level, and more space has been given to throw your belongings down. We love how the door pockets now fold out, so you can fit a bottle in the cup holder too. 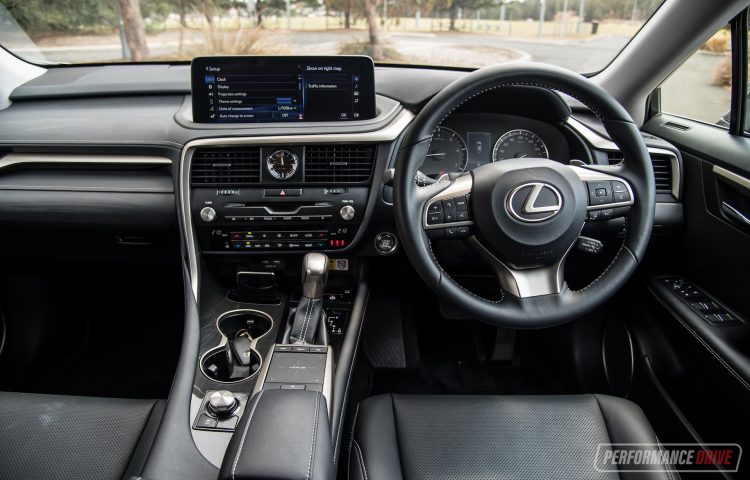 Materials and surfaces no doubt feel top quality; even the detail in knobs and buttons feel very premium and with solid build quality. We especially love the elegant analogue clock in the centre of the dash, and the wireless phone charging pad that neatly hides your phone away. The only parts that are starting to look old now are the silvery-gold plastic accents scattered throughout the cabin.

The MY20 update also introduces a huge 12.3-inch multimedia screen for the base Luxury variant. It can be spilt into two menus, and is all controlled by a fiddley trackpad that guides a cursor on the screen. Even using it solidly for a week did not help. Your eyes tend to focus on it more than other systems out there. But the screen itself is magnificently clean and bright. Our spec RX 300 did not come with a premium sound system. Instead, the unbranded 12-speaker system still sounds amazing, with crisp tones and lots of bass. 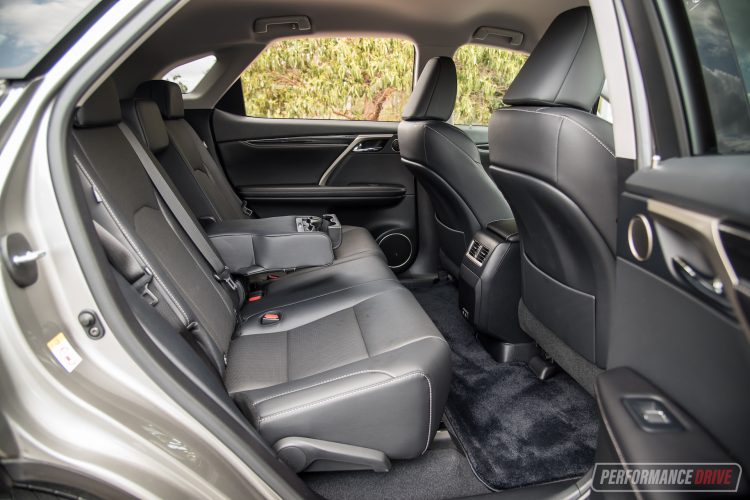 Second row passengers haven’t been neglected either. There is a humungous amount of legroom, even for taller passengers. There are a couple of USB ports included back there as well thanks to the 2020 update, along with adjustable climate vents.

Perhaps because there is so much room given to the second row, boot space in actual volume seems to suffer. At 453 litres, this makes it smaller than the Audi Q7 (770L), the BMW X5 (650L), and the Volvo XC90 (1019L). But we know that manufacturers like to measure this space differently. We thought there was a fair amount of space for a family with prams and big shopping trips and all of that. You can always drop the second row to create 924L of space, and you can do this from tabs on the boot wall.

Lexus offers a four-year/100,000km warranty, which is impressive for a premium brand. Lexus has earned itself endless customer satisfaction ratings as well, so we doubt anything will go wrong anyway. Servicing is required every 15,000km or 12 months. 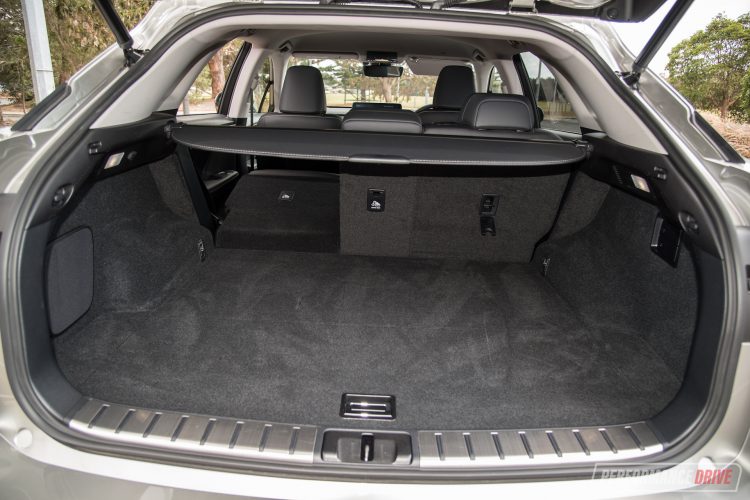 It’s one of the most important aspects of a car here at PerformanceDrive; the engine. As stated earlier, the RX 300’s engine is the lowest spec in the suite, so let’s measure it as the ‘worst’ foot forward. It is a strong-performing four-pot. Although, at 175kW, is slightly below the industry standard for a premium 2.0T. Many competitors produce around 180kW.

Officially, the 0-100km/h sprint is claimed at 9.2 seconds. Our testing revealed a best of 8.16 seconds, which is very respectable. The on-board computer and transmission tend to keep the engine revs high, so it is ready to perform when demanded. Lag is kept to a minimum thanks to a twin-scroll turbo, as well as direct and port injection, and the latest intelligent variable valve timing (VVT-iW – W for wide). Hills don’t seem to challenge the engine either, thanks to a well-programmed six-speed auto gearbox that selects the correct gear quickly, and with no hesitation or confusion. 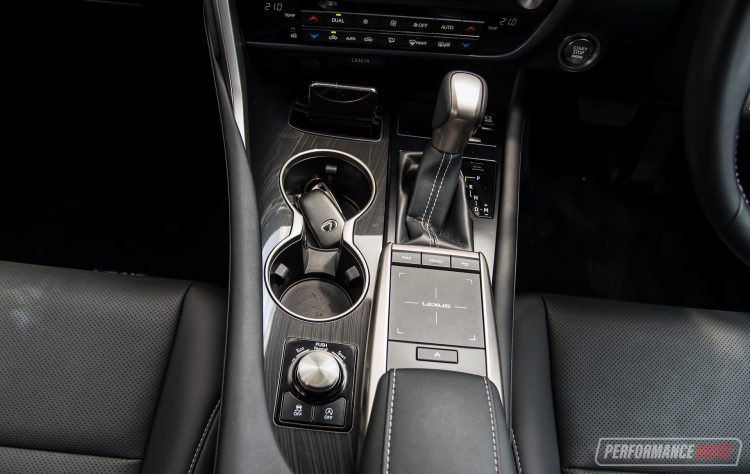 However – and this is a big ‘however’ – fuel consumption is much too high for a 2.0-litre engine. Officially, it averages 8.1L/100km. But during our test, including lots of highway cruising, it did not fall lower than 10L/100km. We get that it is a large SUV, but as mentioned the power level doesn’t seem like the engine is over-stressed (175kW at just 5600rpm) and it is only two-wheel drive. Maybe it’s a strategic way to lure you into the 450h hybrid range?

Unfortunately, if you’re lucky enough to own a home on wheels, the RX 300 has a poor braked towing capacity of just 1000kg. Even the RX 350 and 450h only boost the towing capacity by 500kg, and they feature AWD. In comparison, there are smaller SUVs in the mid-sized market that can better this. And in this segment, for example, the entry BMW X5 xDrive25d (2700kg) and the entry Volvo XC40 D5 (2400kg) have a heavier rating. 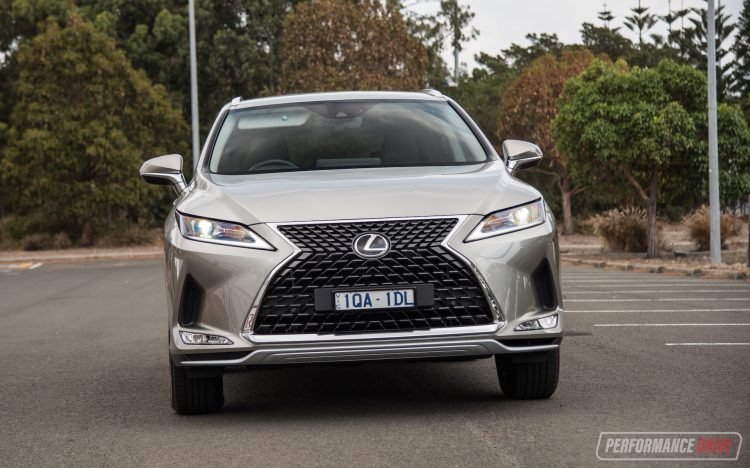 Given that all RXs in the 300 range are front-wheel drive, we didn’t take ours off road much. It is an SUV for users who are after the ground clearance, with easy entry and nice boot level, but don’t intend to take it any further than a dirt road.

On the road, the RX 300’s independent MacPherson strut front, and independent trailing arm double wishbone rear suspension is sublime. Lexus claims it has considerably revised the chassis setup with engineering updates to improve vibrations and reduce body roll. All of this translates to a wonderfully smooth and quiet ride, even over bigger bumps and holes. You can glide over many imperfections and the track will not be disturbed either.

Considering the cushy comfort levels, body roll is kept to a minimum, but there is more than say, a BMW X5. However, you can throw it around corners in a hurry and stability control will only kick in when you’re pushing much harder than you should. The steering is also light, which means little effort is needed through tight and slow situations. The best part of the whole driving experience though is that it is exceptionally relaxing.

If sheer economy or towing is what you’re ultimately after, there are more suitable alternatives out there. What you get with the latest RX 300 is a gorgeously crafted large SUV that puts effort into even the minor details; such as the elegant analogue clock, the plush carpet mats that would outshine your household carpets, the quietness and smoothness of the ride, and to the attention to detail in design and craftsmanship. This new model shows us once again that Lexus certainly knows how to make a luxury-defining SUV.

CONS:
– Average fuel consumption is below industry standard for a 2.0T
– Multimedia trackpad is not the most intuitive to use
– RX 300/2.0T is front-wheel drive only
– Boot volume on paper is at the smaller side of this class