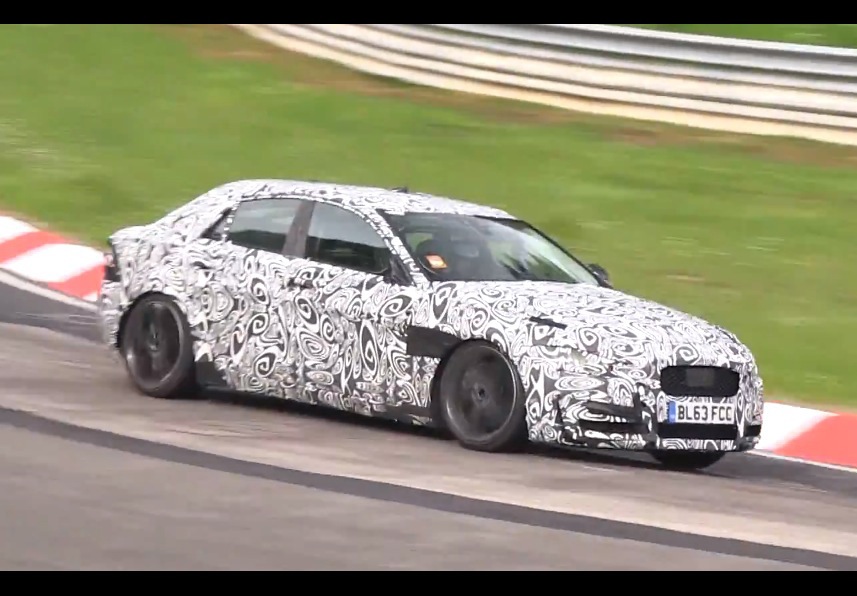 Jaguar has been spotted test driving a prototype version of the new XE mid-size premium sedan out on the Nurburgring. You get a clear sample of its supercharged V6 soundtrack, which means a performance variant is on the way. 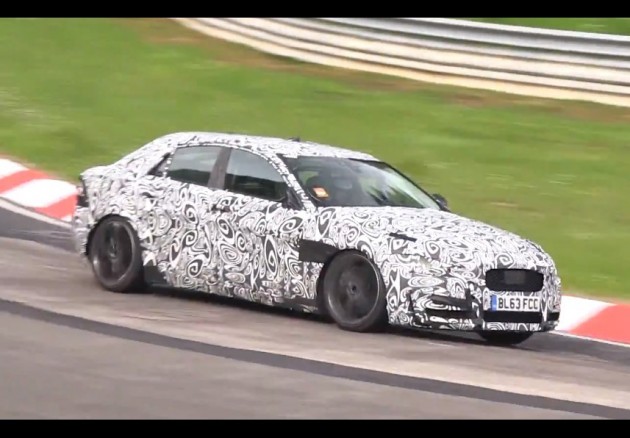 Jaguar was always expected to introduce a range-topping variant of the all-new XE featuring the company’s raucous 3.0-litre supercharged V6. Now here is the proof.

The specific output numbers on the engine are yet to be known, however, reports believe it could come with a slightly tweaked version of the 280kW V6 as seen in the F-Type V6 S.

With over 280kW on tap it would become a fitting competitor to the acclaimed BMW M3 and Mercedes-Benz C 63 AMG. This prototype also features serious brakes too, providing more clues to a proper high-performance variant joining the lineup.

All will be revealed later this year. In the meantime click play on the video below, provided by TouriClips YouTube channel, and have a listen to that awesome V6 scream.