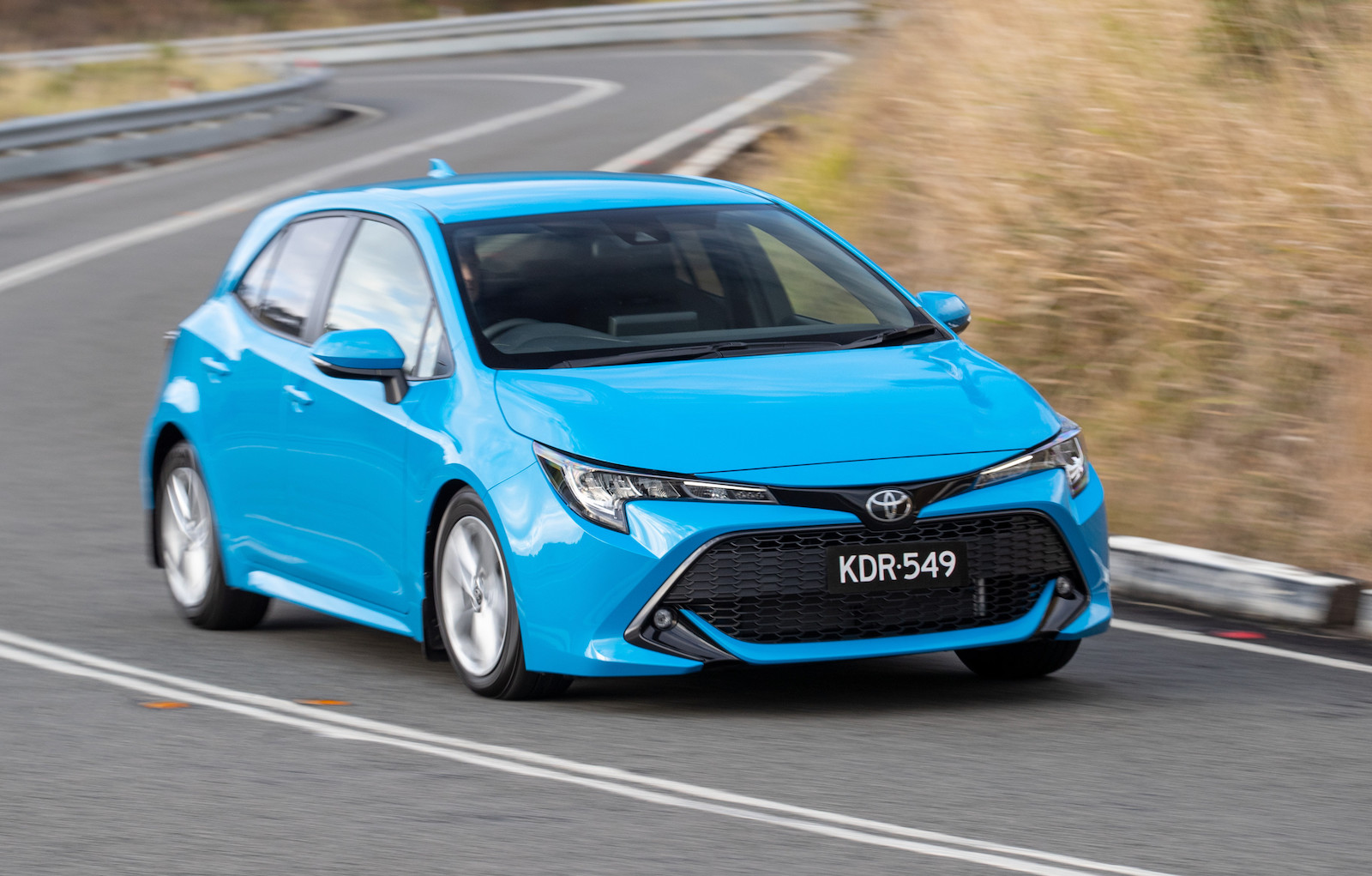 The year is going by as fast as ever, with the time of the month around again. Yep, the July 2019 VFACTS figures have been released today, revealing the popular new vehicles according to official new registrations. Overall industry sales are still down, but the year-to-date (YTD) change is looking better than previous months. For July, it’s down 7.7 per cent, improving on June’s YTD drop of 8.4 per cent. 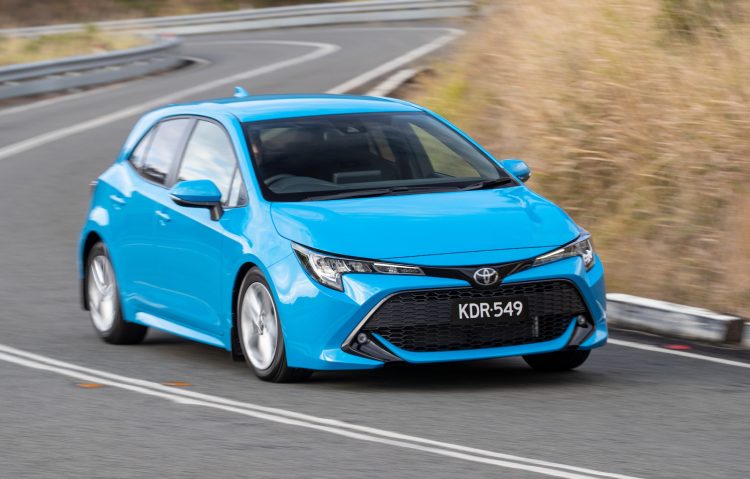 As usual, let’s start by looking at the best-selling vehicle brands in Australia. No surprise, Toyota is still way ahead of the rest. Its figure is down 4.8 per cent, which is a slight improvement on June’s YTD change of negative 6.3 per cent. During July the HiLux and Corolla were very close in numbers, while the new RAV4 also helped Toyota retain its lead.

Further down the top 10 list we see a number of changes and shuffling from June. Honda drops out of the top 10 with 2938 sales, while Ford and Kia swap places for fifth and sixth, and Volkswagen and Nissan exchange places for seventh and eighth. Holden also moves down to tenth. See below for the top 10 best-selling car brands for July 2019:

As for the best-selling models, the HiLux takes the crown once again. It must be on a record-setting streak at the moment, consistently sitting at the top for as many months as we can remember. Interestingly though the Corolla moved into second spot in July, perhaps providing some evidence that not all buyers are moving to utes and SUVs. Unsurprisingly, given Toyota’s market dominance, five Toyota models make up the top 10 in July. The top 10 best-selling vehicle models for July 2019 were as follows:

Small Cars under $40,000 – Here we see the Toyota Corolla has set a commanding lead over its rivals. Sales are up 25.1 per cent on June last year, albeit down 16 per cent YTD. These figures should jump later this year with the arrival of the 2020 Corolla update. The Hyundai i30 dipped down from first place in June, however, its YTD figure isn’t as damaged as the Corolla’s, down 3.1 per cent. Mazda’s new 3 seems to be dwindling a little, especially for a new model. Its YTD figure is down 12.4 per cent. Further down the list we see the Holden Astra has moved into the top 10, while the Mitsubishi Lancer is off the list with only 10 sales. The top 10 best-selling small cars in July 2019 were as follows: 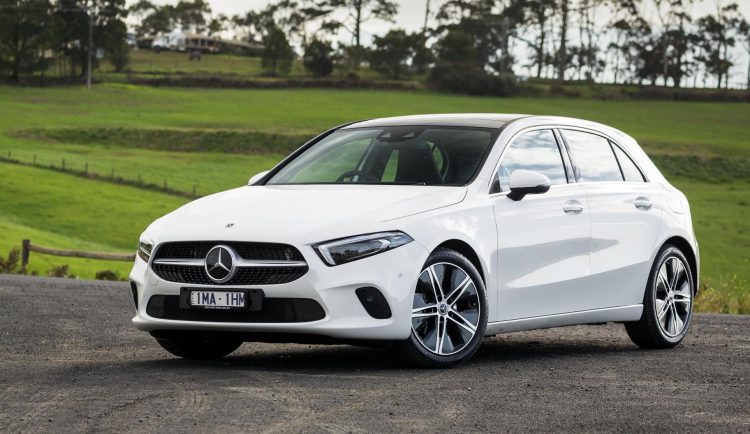 Small Cars over $40,000 – Into the premium version of the segment above, the Mercedes A-Class continues to lead. Its figure is up 22.4 per cent YTD, no doubt helped by the arrival of the new model in the past 12 months. BMW will soon launch its all-new 1 Series, which might see an influx on its YTD figure, currently down 5.6 per cent. In other areas the new Nissan LEAF jumps into fifth spot. The top five best-selling vehicles in this segment during July 2019 were as follows:

Medium Cars under $60,000 – The Toyota Camry is pretty much holding this segment alive, however, overall segment sales (2353 for July) are down 12.4 per cent YTD. More and more buyers are moving into SUVs and utes, but it’s great to see there is still hope left for the mid-sizer. The top five best-selling models in this class for July 2019 were as follows:

Medium Cars over $60,000 – Over in the premium class, the Mercedes C-Class retains the crown. Sales are up 18.3 per cent YTD for the C-Class, while its arch rival, the BMW 3 Series, can’t seem to catch up despite the arrival of the all-new model. 3 Series sales are down 13 per cent YTD. Audi’s new A5 Sportback rounds out the top five, while the Mercedes CLA moves up to third spot from the previous month. Overall segment sales are down 11.6 per cent YTD. The top five best-selling vehicles in this segment during July were as follows: 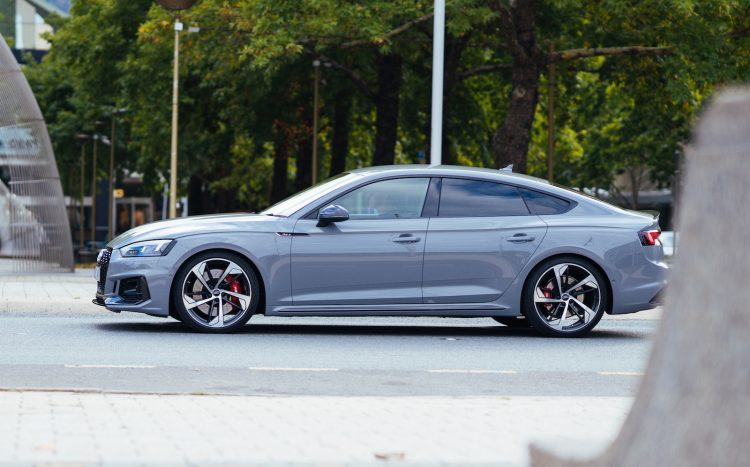 Large Cars under $70,000 – Here we see the Holden Commodore still clinging on. Its YTD figure of 3711 is down 37.5 per cent. In saying that, the segment overall is down 31.5 per cent. With the arrival of the all-new Peugeot 508 next month, we suspect the segment might receive some much-needed attention from buyers. The top four (reduced from five due to the Hyundai Genesis moving up a class, adopting the G80 name) best-selling vehicles in this segment for July were as follows:

Large Cars over $70,000 – Large luxury sedan and wagon buyers continue to turn to the Mercedes E-Class over any other model. Its YTD figure is down 14.6 per cent, while the runner up BMW 5 Series is up 43.8 per cent over the same period. Most other rivals reported pretty dismal numbers in July. The top five best-selling vehicles in this segment in July 2019 were as follows:

Sports Car under $80,000 – Ford Mustang sales take another tumble, with its YTD figure down 22 per cent and down 52 per cent for the month of July. However, it remains the clear favourite here. Segment sales overall are down 30.8 per cent YTD. The top five best-selling vehicles in this class for July were as follows:

Sport Cars over $80,000 – In the higher end stuff, it’s the Mercedes C-Class two-door that leads the way. Figures for the German mainstay are up 23.1 per cent YTD. Its big brother, the E-Class two-door (coupe and convertible), sits in second position but its YTD figure is down 14 per cent. Segment sales are down 8.6 per cent YTD. The top five best-selling models in this class for July 2019 were as follows: 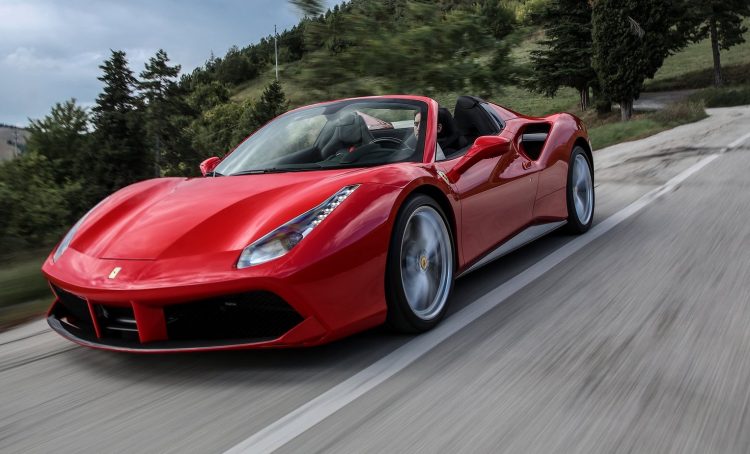 Sport Cars over $200,000 – At the top end of the sports car market we see Ferrari has moved into first position, taking the crown from the Porsche 911. Ferrari (models not specified) sales are up 8.9 per cent YTD, while 911 sales are up 6.2 per cent over the same period. Segment sales are down 2.8 per cent YTD. The top five best-selling vehicles in the segment during July 2019 were as follows:

Combined 4×2 and 4×4 ute – The Toyota HiLux and Ford Ranger battled a very close fight in July, with total figures less that 200 units apart. All utes took a big dive in sales compared with June though, likely due to the start of the new financial year. Interestingly (or uninterestingly) the standings for the top 10 remain unchanged from the previous month, except the Mercedes X-Class is shifted out and replaced with the Great Wall Steed. The top 10 best-selling utes (4×2 and 4×4 combined – excludes LandCruiser) for July 2019 were as follows: 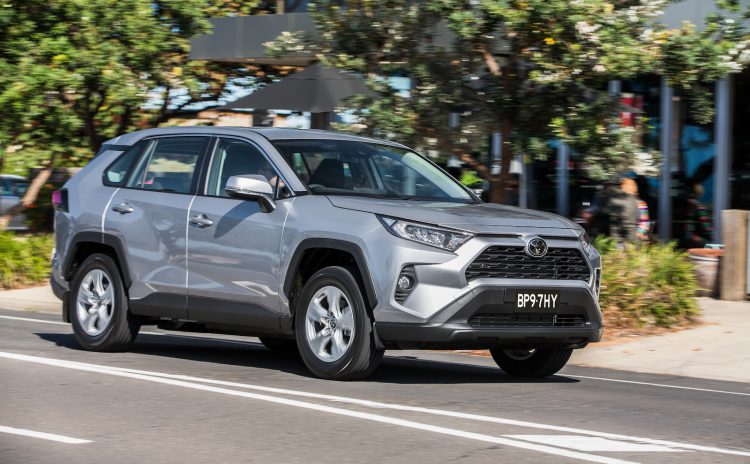 Into the ever-popular SUVs, the Mazda CX-5 remains the best-seller overall for YTD. But, the new Toyota RAV4 is catching up and took top spot for the month of July. CX-5 sales have topped 16,116 units so far this year, while the RAV4 has reported 13,878. RAV4’s numbers are up 1.9 per cent to the CX-5’s YTD increase of only 0.2 per cent. As for the most popular premium SUV overall, the crown remains in the hands of the Mercedes GLC for July and YTD. Its figure is up 8.4 per cent across YTD.

Total new vehicle sales in Australia in July were down on June figures, perhaps predictably, due to the new financial year. During July, Australian consumers bought 83,184 vehicles according to VFACTS, compared with 117,817 in June 2019. Overall sales for the month are down 2.8 per cent, and down 7.7 per cent year-to-date.