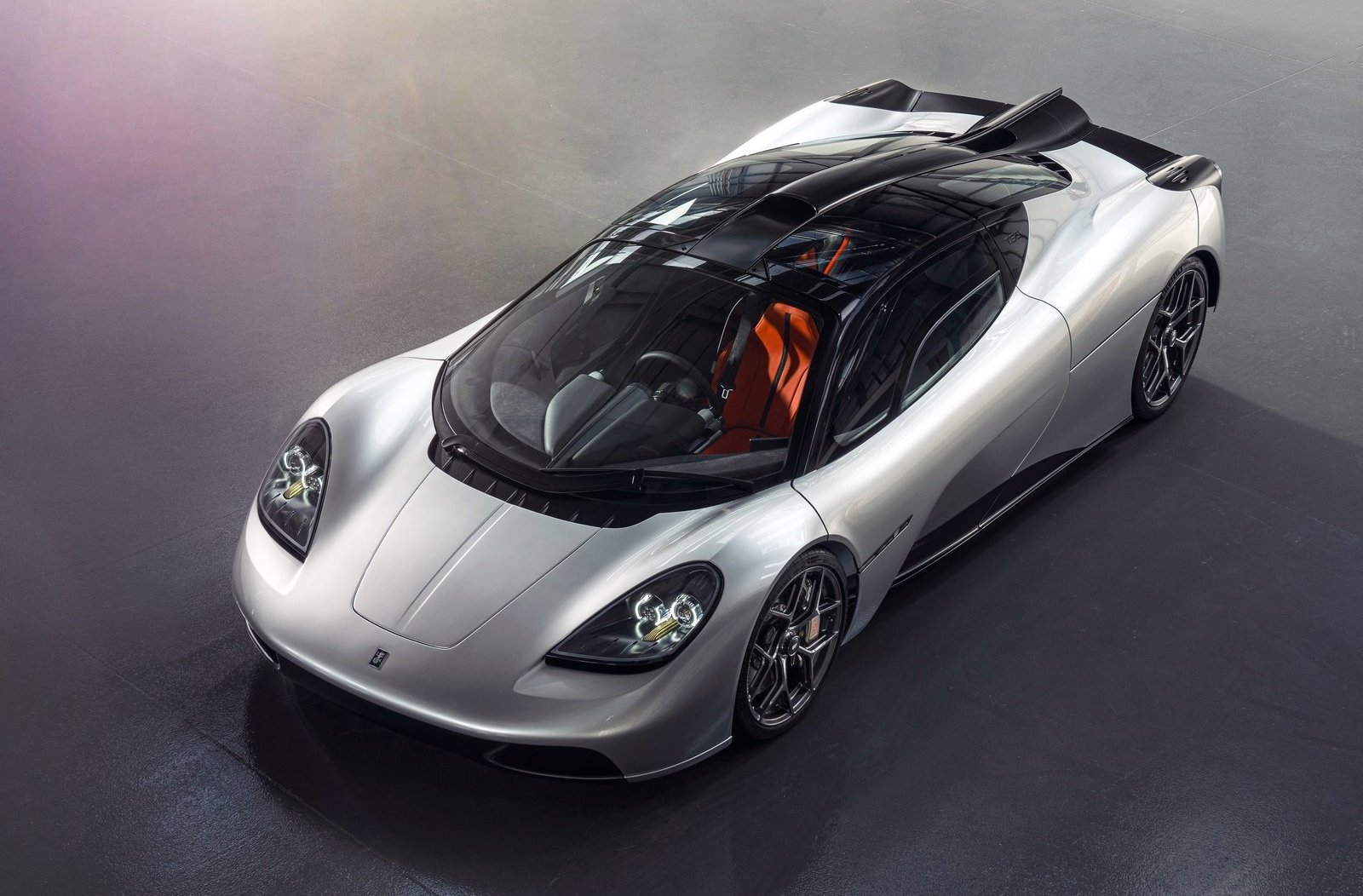 Gordon Murray Automotive has unveiled its all-new, fully-bespoke T.50 hypercar, featuring the highest-revving V12 currently on the market. It’s also one of the lightest weight hypercars around. 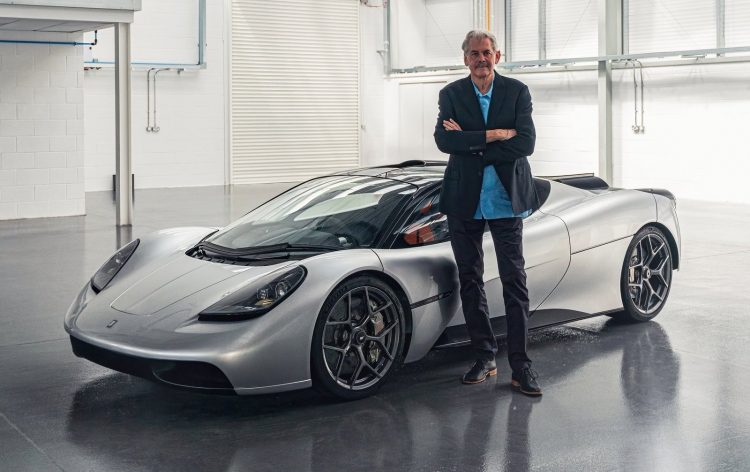 We already know plenty about the engine from the earlier reveal. But to refresh your memory, nestled behind the cabin is a ground-up-built 3.9-litre naturally aspirated V12 Cosworth engine that produces 488kW at 11,500rpm, and 467Nm at 9000rpm.

The redline cutoff isn’t until 12,100rpm, and thanks to a clever V-Max mode and ram air intake, the power can be lifted up to 700PS (515kW) for short periods. Switching to V-Max mode essentially means the special rear-mounted fan is activated by the on-board 48-volt electric system, freeing up engine load. 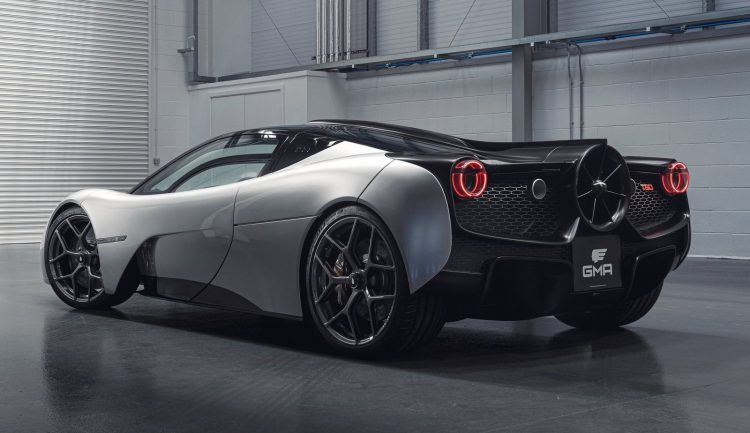 Bolted up to the V12 is a six-speed manual transmission provided by Xtrac, using five close ratio gears for punchy acceleration, and then a tall sixth gear for cruising. This feeds to a rear-wheel drive system. No figures regarding 0-100km/h or the top speed have been mentioned. In fact, the company says it is not chasing outright power or top speeds.

Instead, the T.50 is all about lightness and the pure driving experience. As such, every detail is made to be as light as possible. The monocoque structure is made from carbon fibre, with carbon fibre body panels, and even titanium is used for some components such as the throttle pedal. All up, the T.50 weighs just 986kg (kerb). 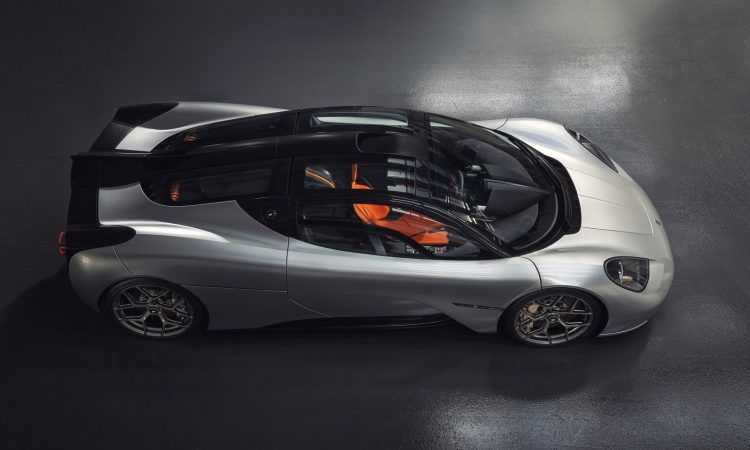 Handling is taken care of thanks to a forged aluminium double-wishbone suspension setup, with forged aluminium uprights. Conventional rack and pinion steering is adopted for pure feel, while advanced aerodynamics of the body help to optimise airflow.

The interior is surprisingly practical and accommodating. Instead of the usual two-seat layout employed by supercars, this uses a three-seat configuration with a central driver’s seat. Yep, like the original McLaren F1 (also by Gordon Murray). 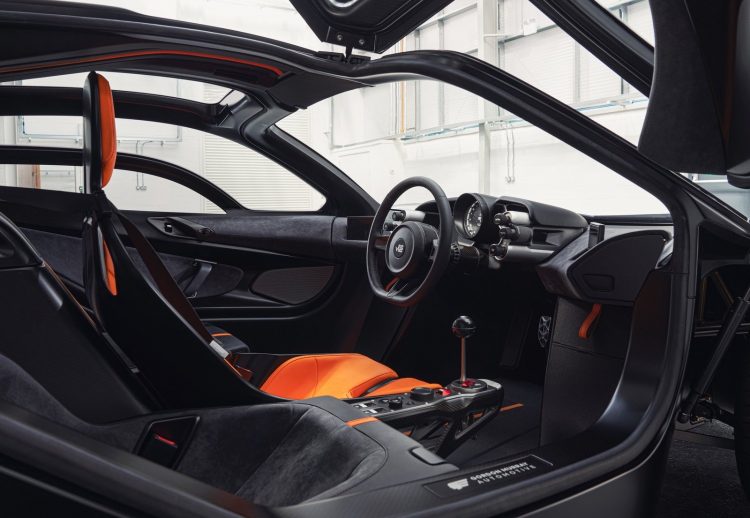 There’s actually some luxurious appointments inside, as well as digital screens with Android Auto and Apple CarPlay support, and Bluetooth. For the tunes, even though most will want to enjoy the V12’s audio, music is played through a premium 10-speaker sound system running at 700W. There’s also a 288-litre boot.

Gordon Automotive is planning to build just 100 examples of the T.50, with production set to commence in January 2022. Prices will start from £2.36 million (about AU$4.12 million). Gordon Murray spoke of the car in a statement, saying:

“With the design of our T.50 supercar, we are taking the same focused approach that was applied to the design of the McLaren F1. Thanks to modern materials and 30 years of development, we have been able to deliver a far better all-round car in the T.50, while setting its weight at just 986kg, a full 150kg lighter than the F1.

“From the first touch of the titanium throttle pedal to the V12 screaming at 12,100rpm, the driver experience will surpass any supercar ever built. No other road car can deliver the package of power, instant responsiveness and driver feedback in such a direct and focused way while remaining comfortable, refined and usable every day.”