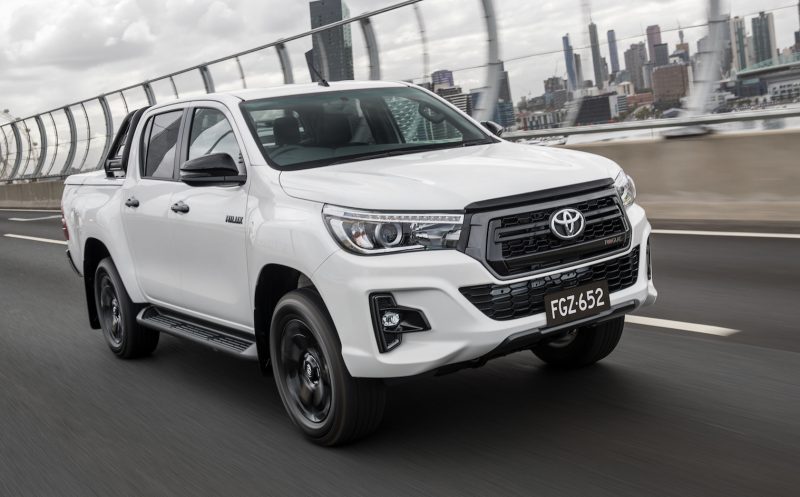 April was a pretty devastating month for most industries due to the coronavirus pandemic, with the Australian new car market reporting just 38,926 sales. May 2020 VFACTS figures, handed out today, confirm the market is on the mend and buyers are getting back into showrooms. During May 2020 consumers purchased 59,894 new vehicles in Australia according to VFACTS figures (VFACTS figures are actually new vehicle registrations and not specifically sales, but we’ll say sales for simplicity). This is down 35.3 per cent on May last year, and it means our year-to-date (YTD) tally is now down 23.9 per cent for the first five months of the year (dropping from negative 20.9 per cent from April YTD). It looks like all states and territories are seeing similar YTD drops of around 24-30 per cent, except Western Australia is down only 17.7 per cent. The Northern Territory seems to be the worst-hit, down 34.3 per cent YTD, followed by Tasmania at a negative 28.4 per cent.

Diving into the best-selling brands, it is yet again Toyota that sits firmly at the top. Most of the popular brands, including premium ones, are seeing a YTD decline of around 20-30 per cent, whereas Toyota is down only 10.4 per cent. Although, there are some brands in the positive, such as RAM (up 31.3 per cent), Peugeot (up 0.8 per cent), Great Wall (up 19.5 per cent), Genesis (up 13.5 per cent), and MG (up 62.5 per cent). Haval is also up a significant 96.7 per cent on its figures compared with the first five months of last year. See below for the top 10 best-selling car brands of May 2o20. The figures in brackets are from the previous month and not YTD, so we can see how models are tracking throughout the year.

As for the best-selling vehicle models, the crown remains with the Toyota HiLux. Its sales are pretty much back to normal rates by the looks of it, with the Ford Ranger following behind for second place. We also see the Toyota Prado and LandCruiser remain in the top 10, which is unusual, while some of the regulars are starting to return such as the Mazda CX-5 and Hyundai Tucson. The top 10 best-selling vehicles in Australia during May 2020 were as follows: Small Cars under $40,000 – Into the common hatchbacks, and we see the Corolla takes the cake. The Hyundai i30 has creeped up into second spot from the previous month, overtaking the Kia Cerato, while the Mazda3 is back on form and rounds out the podium. Segment sales are down 51.1 per cent compared with the month of May last year, and down 33.2 per cent YTD. See below for the top 10 best-selling small cars in Australia during May 2020:

Small Cars over $40,000 – Shifting over the premium sector, and it’s the Mercedes A-Class that continues to lead the charge, followed by the new BMW 1 Series. Sales in this class are down 21.2 per cent for the month of May, and actually up 1.1 per cent across YTD. The top five best-selling vehicles in the segment during May 2020 were as follows:

Medium Cars under $60,000 – Here we see the Toyota Camry is pretty much holding this segment afloat, with the Mazda6 contributing somewhat. Segment sales are down 45.8 per cent for the month of May compared with May 2019, while YTD figures are down 27.0 per cent. The top 10 best-selling vehicles in this segment during May 2020 were as follows:

Medium Cars over $60,000 – Moving into the premium version of above, and the BMW 3 Series is attracting the most buyers. Its arch rival, the Mercedes C-Class, is starting to fall behind perhaps as the new model is almost on the horizon. In fact, Mercedes CLA sales continue to stand ahead of C-Class sales (we think the CLA should be classed in the same segment as the BMW 2 Series Gran Coupe, especially since it is based more on the A-Class than the C-Class). Sales in this segment are down 31.2 per cent for May, and down 38.6 per cent YTD. The top five best-selling vehicles in this segment during May were as follows: Large Cars under $70,000 – The Kia Stinger is showing some signs of return to normality in terms of sales, and the Holden Commodore seems like it is spiking as the nameplate sadly approaches the history books. Class sales are down 83.5 per cent for May, and down 68.1 per cent across YTD. The only vehicles on sale in this segment in May shaped up like this:

Large Cars over $70,000 – Business class vehicles were led by the BMW 5 Series in May, as it continues to claim and lose and claim and lose the top spot with the Mercedes E-Class. The Audi A6 laid down some reasonable numbers during the month, enough for third spot. Overall class sales are down 39.7 per cent for May, and negative 51.1 per cent YTD. The top five best-selling vehicles in this segment during May 2020 were as follows:

Sports Car under $80,000 – Over in the fun-loving classes, Ford’s Mustang continues to be the most popular sports car on the new car market. Sales for it have returned to normal-like levels following the COVID-19 outbreak. The Toyota 86 shifted up into second spot for the month, while the BMW 2 Series two-door models continue pretty strong even though it is underpinned by an older platform – now that the all-new 1 Series and 2 Series Gran Coupe have arrived. The Hyundai Veloster matched 2 Series sales for an equal third place in May. Segment sales here are down 25.7 per cent for the month, and down 31.5 per cent year-to-date. The top five best-selling vehicles in this segment during May were as follows:

Sport Cars over $80,000 – It looks like the new BMW Z4 is making more of an impact here, with enough sales for second place in May. The Mercedes C-Class two-door models sit at the top though, with the BMW 4 Series rounding out the top three. Overall sales in this class are down 48.3 per cent for the month of May, and down 46.2 per cent across YTD. The top five best-selling models in this segment during May 2020 were as follows: Sport Cars over $200,000 – At the top of the sports car hierarchy, the Porsche 911 remains king. Although, even it is suffering due to the market trends and coronavirus pandemic. Sales of the 911 are down 37 per cent for the month and YTD. In other areas, Ferrari is posting good numbers for such an exotic and niche product lineup, while all others in this field reported grim sales in May. Segment numbers are down 32.9 per cent for the month, and down 30.2 per cent across YTD. The top five best-selling vehicles in this class during May were as follows:

Combined 4×2 and 4×4 ute – As for the very popular ute segments, the Toyota HiLux, of course, is the most popular as mentioned earlier. Ford Ranger sales are clawing back, and in terms of 4×2 and 4×4 combined, the Isuzu D-Max made an impressive effort in May which was good enough for third spot overall. We also see the Mitsubishi Triton has moved back up the list since April, while the Mercedes X-Class is continuing on with fairly consistent numbers. The top 10 best-selling utes (4×2 and 4×4 combined – excludes LandCruiser, LDV T60, RAM 1500) for May were as follows:

We’ve created a separate list for utes that are available with 4×4 only. And here it looks like the Toyota LandCruiser 70 Series leads the pack. RAM sales just keep climbing and climbing though, while the new Jeep Gladiator, based on the Wrangler, hits the board for the first time. The top five best-selling 4×4-exclusive utes in May were as follows: Total new vehicle sales in Australia in May were up on April 2020 figures. During May, Australian consumers bought just 59,894 vehicles according to VFACTS, compared with 38,926 in April. Overall sales for the month are down 35.3 per cent compared with May 2019, and down 23.9 per cent year-to-date.