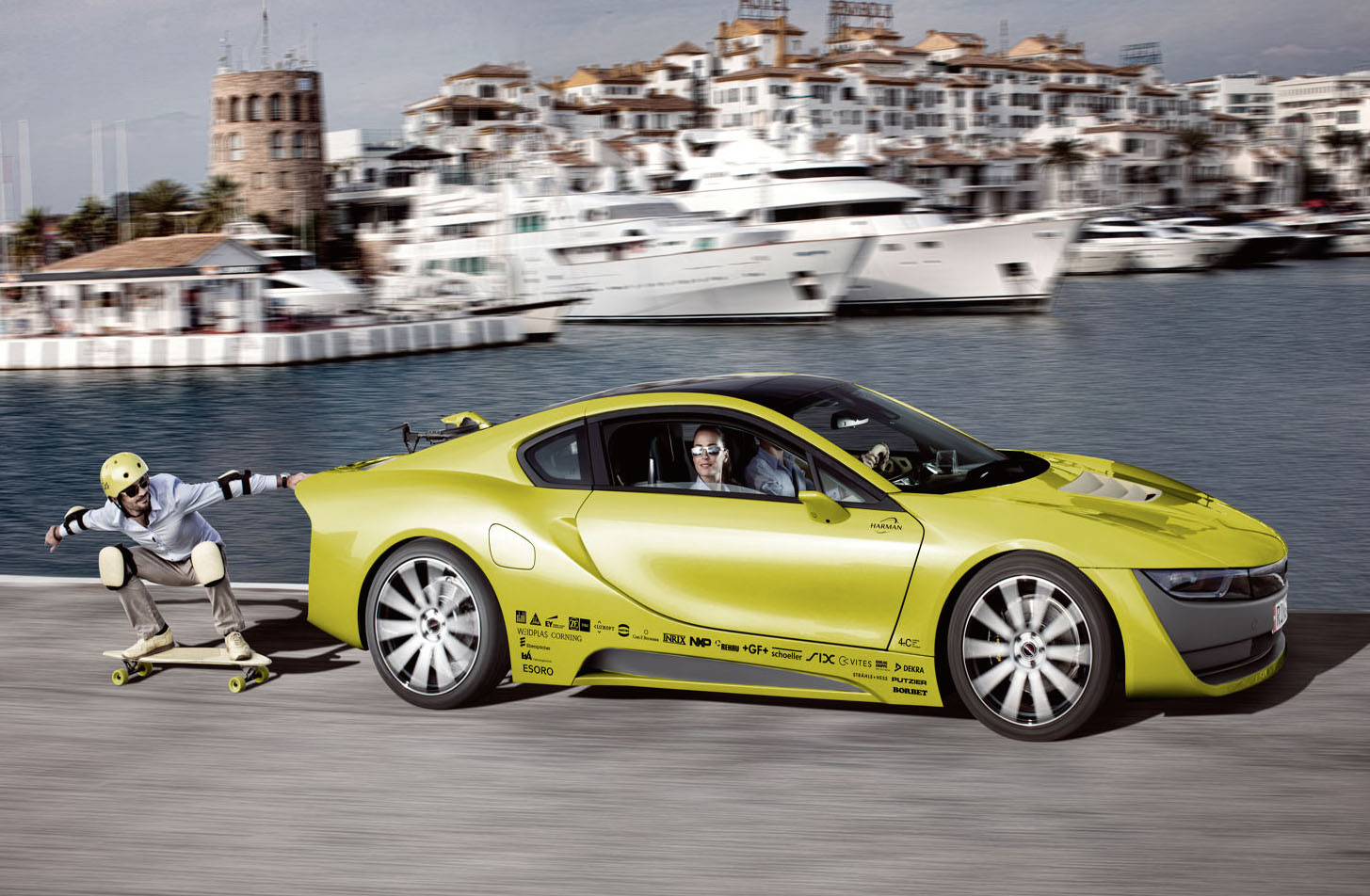 Swiss manufacturer and tuner Rinspeed has unveiled its Etos (Σtos) concept just weeks away from its official debut at the Consumer Electronics Show in Las Vegas. Picture a BMW i8, but with even more tech. 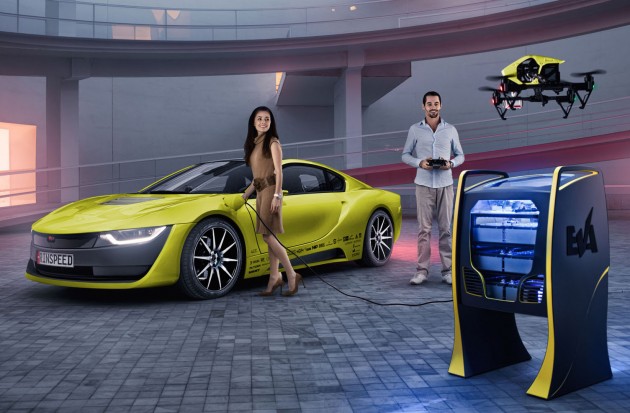 Why, you ask? Well, this car can drive itself. Thanks to eight cameras and an array of radars and sensors, the Etos concept is autonomous. There is a gaze-tracking system, which monitors whether of not the driver has spotted potential hazards down the road, which the Etos can then notify the driver.

Around the exterior, Rinspeed has installed a new glass roof, custom body panels, 20-inch Borbet GTX aluminium wheels and a drone landing platform which is made of 12,000 LEDs that can be configured to display any message you’d like to annoy other people with while sitting in traffic. 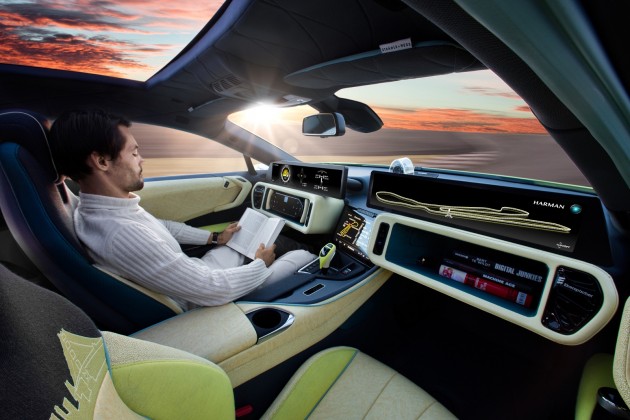 The landing platform is for the DJI Phantom drone, which according to Rinspeed can be “dispatched to pick up deliveries or sent above the car to livestream your trip to friends and family”.

Catch the debut of the Rinspeed Etos at the upcoming CES show in Las Vegas in January, 2016.