Porsche has revealed the latest addition to the Cayenne lineup, with the introduction of the new 2022 Cayenne Turbo GT. It’s the first Porsche SUV to bear the iconic GT badge, and it enters the showroom exclusively in coupe form. 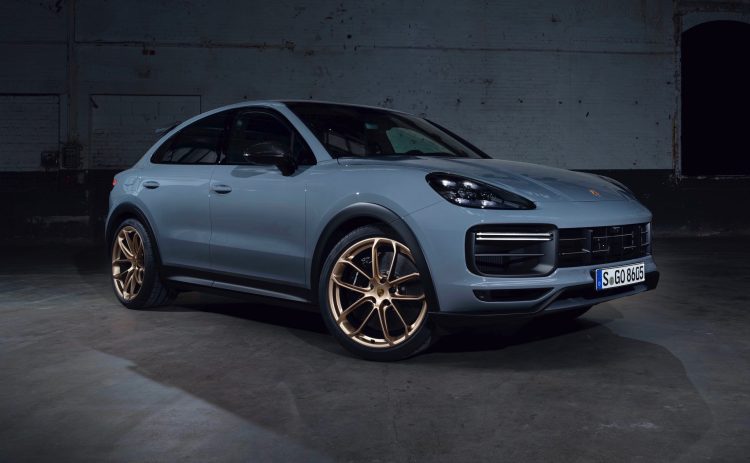 The Cayenne Turbo GT is powered by a 4.0-litre twin-turbocharged V8 unit which develops 471kW of power and a huge 850Nm of torque. The GT receives a massive 67kW and 80Nm power increase over the existing Cayenne Turbo, and features weight saving measures, reworked turbochargers, crankshaft and pistons.

Porsche says the Turbo GT is well and truly deserving of its GT title thanks to its ability to sprint from 0-100km/h in just 3.3 seconds – which is 0.6 seconds faster than the standard Turbo – and its top speed of 300km/h, which is a 14km/h increase. The Cayenne Turbo GT throws power to all four wheels via an eight-speed Tiptronic S transmission, combined with an active torque vectoring system. 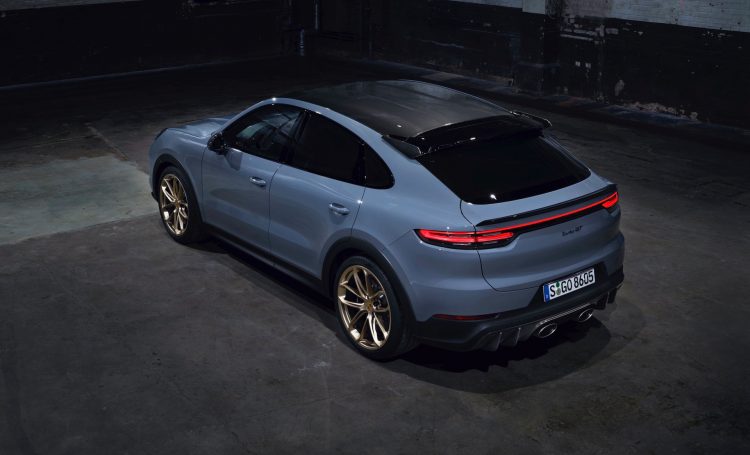 We reported just a few weeks ago that Porsche had set a new lap record at the Nurburgring, posting a time of just 7:38.925, in what we now know was the Cayenne Turbo GT. That time was fast enough for a new lap record for the production SUV category.

Porsche says that both the chassis and powertrain have been tuned specifically for the Cayenne Turbo GT, and with its 17mm lower ride height and 15 per cent stiffer suspension system, it represents the most performance-focused SUV creation yet from the manufacturer. 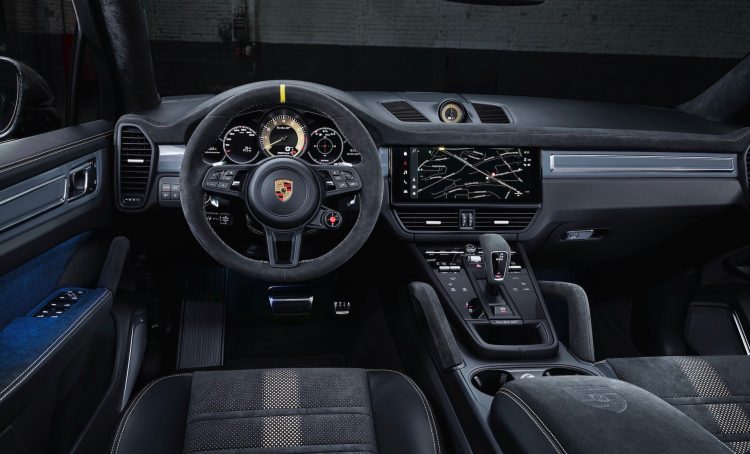 In terms of styling, Porsche has designed the car to be significantly more aggressive than the standard Turbo, with GT-specific bodywork, air intakes and carbon fibre roof, wheel arches and rear diffuser. There’s also an adaptive rear wing which is 25mm larger than the Turbo setup. Inside, there’s even more Alcantara than in the standard Turbo, with the two-seat configuration at the back applied as standard.

The 2022 Porsche Cayenne GT is now available to order in Australia, with prices starting from $336,100 (excluding on-road costs). Porsche Australia expects local deliveries to commence during the fourth quarter of this year.