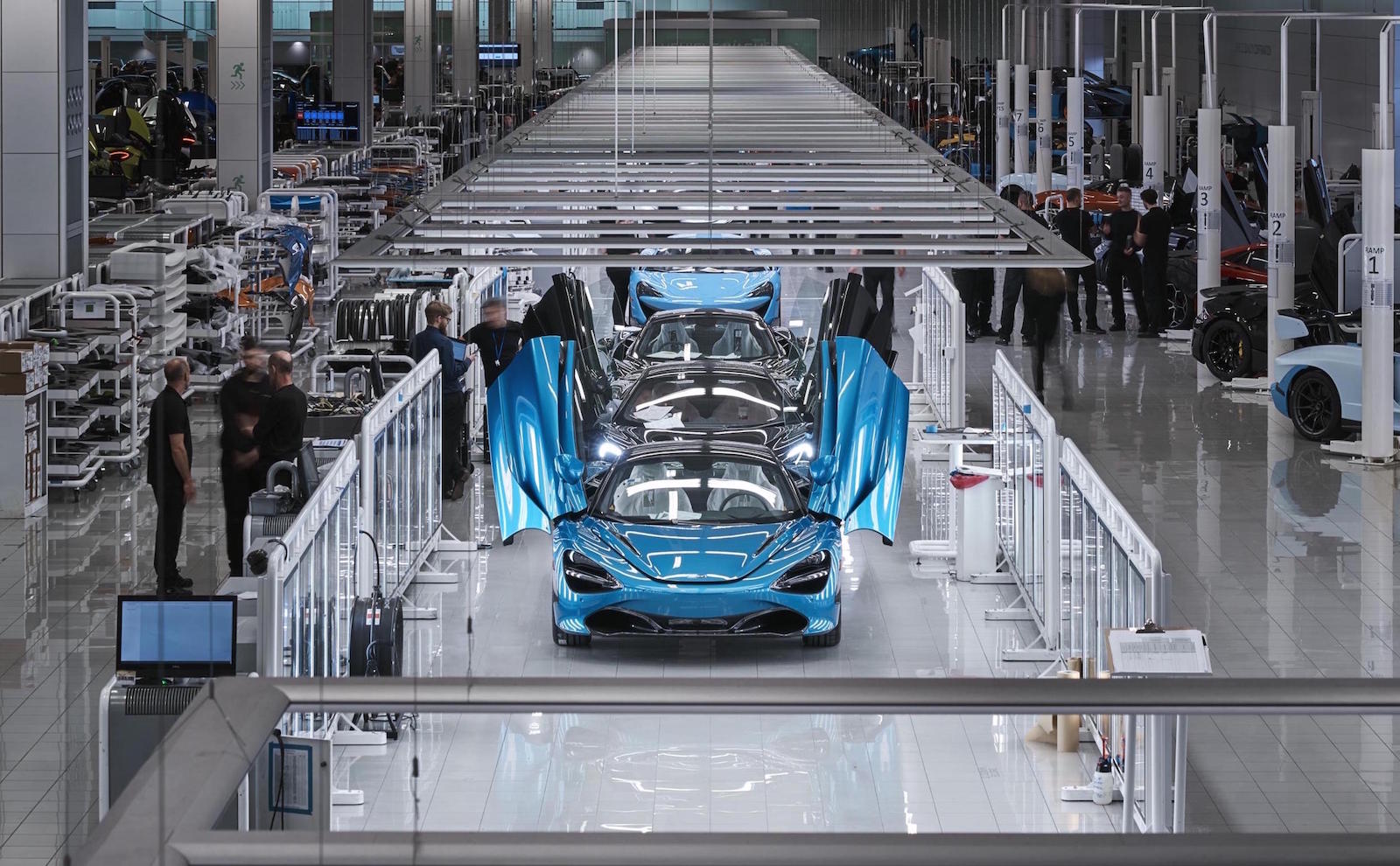 Motor vehicle production in the UK fell an alarming 95 per cent in May amid closures and restrictions caused by the coronavirus pandemic. Various production facilities are starting to reopen this month, however, there is a call for more support from the local government.

The UK is home to a number of global-export vehicle manufacturing hubs, including facilities where some Jaguar Land Rover models are made, Nissan, Aston Martin, MINI, McLaren, and Bentley. According to data compiled by the Society of Motor Manufacturers and Traders (SMMT), May 2020 was the country’s worst May since 1946.

Just 5314 vehicles were produced in the country during the month. That’s down 95.4 per cent on the output in May 2019. Although a very low number, it is a big jump up from April when just 197 vehicles were made in the country. The year-to-date figure is down to 324,763 units, dropping 41.7 per cent compared with the same five-month period last year. 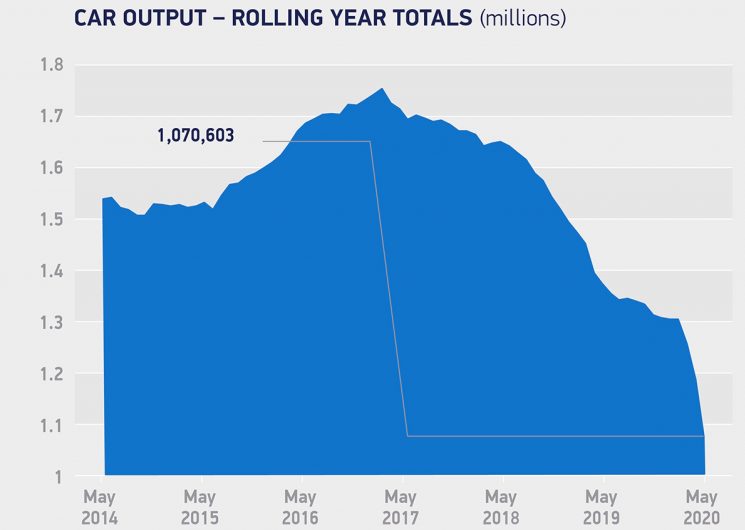 The SMMT says around 66 per cent of the country’s automotive plants started to reopen in May, but production output was held back by social distancing requirements, as well as reduced demand from consumers. Out of those 5314 vehicles made in May, 4260 of them were built for export to various global markets. Mike Hawes, SMMT CEO, said:

“May’s figures are yet more evidence of why the UK industry, like its global rivals, needs dedicated support to drive a successful restart. Government assistance so far has been vital in keeping many businesses afloat, but the job isn’t done. Measures to boost cashflow, including additional and tailored finance schemes, tax relief and business rates deferral would deliver immediate results when liquidity is most acute.”

In the UK there are government support schemes in place, however, liquidity is still a big concern according to an SMMT member survey. Around 70 per cent of auto businesses are experiencing difficulties in this area. It’s understood that even after temporary job pauses are relieved in November, around one in six positions could be at risk of redundancy. 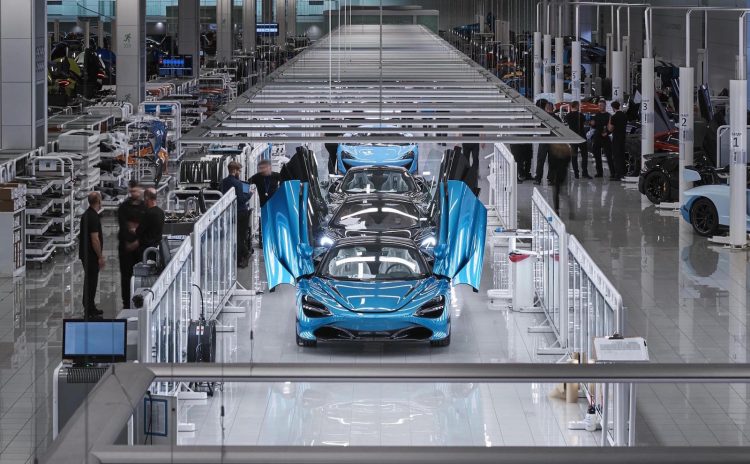 Earlier this week it was reported that McLaren secured a £150 million loan from the National Bank of Bahrain. It’s believed this essentially saved the company from bankruptcy. It was also reported that the McLaren Group made around 1200 employees redundant in various areas, including in their automotive, motorsport, and technology businesses.

Aston Martin has also been facing sizeable challenges, and plans to sell off more shares to assist with recovery. However, the British marque has been facing difficulties even before the pandemic; its share price (trading as Aston Martin Lagonda Global Holdings PLC) has almost continually dropped since hitting the market in October 2018, decreasing from around 545 GBX and now hovering around the low-50s. The company announced last month that CEO Dr Andy Palmer would be replaced with Mercedes-AMG boss Tobias Moers from August.