Bugatti will reportedly unveiled the previously speculated Bugatti Veyron Grand Super Sport at the upcoming 2012 Geneva Motor Show in March. This will be a drop-top version of the stonking current-fastest-car-in-the-world, the Veyron Super Sport. 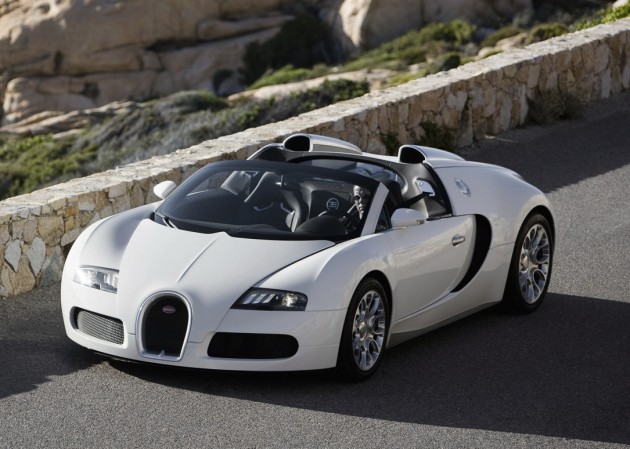 According to reports, the Bugatti Veyron Grand Super Sport will be powered by a somewhat detuned version of the Super Sport 8.0-litre quad turbo W16. Due to the open-top nature, it’s understood the full 1200hp will not be suitable.

Instead, the Grand Super Sport will be propelled by an equally thrilling version of the engine producing ‘more than 1001hp’, as quoted by Bugatti President Wolfgang Durheimer. This will make it the most powerful production convertible ever made.

Top speed will fall short of the Super Sport’s record breaking 431km/h, but it is likely to reach 400km/h, which is far from disappointing. Like the Super Sport, the Bugatti Veyron Grand Super Sport is expected to feature a number of lightweight revision to keep it on top of the normal Veyron Grand Sport in terms of performance.

With the Veyron Super Sport all sold out, the new Grand Super Sport will be a sort-after item when it goes on sale, predicted to be later in the year.