Here’s an interesting video that has popped up on the www, it’s a BRABUS SLR McLaren Roadster doing 150km/h in a car park. The special Mercedes-Benz-based BRABUS SLR Roadster is apparently one of only four in the world. 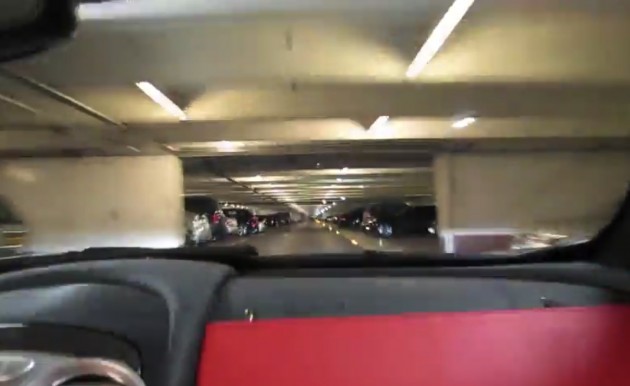 Doing 150km/h in a car park is probably not the smartest thing to do as it would be a terrible way to reduce the SLR’s population down to three. Driving at 150km/h means you’re travelling at just over 41 metres per second. If the average car park space is around 2-3 metres wide, we’ll say three, that means you’d be passing over 13 cars every second – not much time to react if someone pulls out.

Danger aside, the BRABUS McLaren SLR Roadster is one hell of a monster. The SLR features a 5.4-litre supercharged V8 unleashing 460kW in production trim. After BRABUS fits a high-flow exhaust, new camshafts and a modified fuel system, the SLR pumps out around 490kW (660hp). The unit is matched up to a five-speed automatic gearbox sending drive to the rear wheels

Anyway, let’s cut to the chase, it’s one epic car and it would certainly be a thrilling ride-along doing 150km/h in a car park in it, as the passenger excitedly says. Click play on the video below to see for yourself. Note the incredible whine of the supercharger.