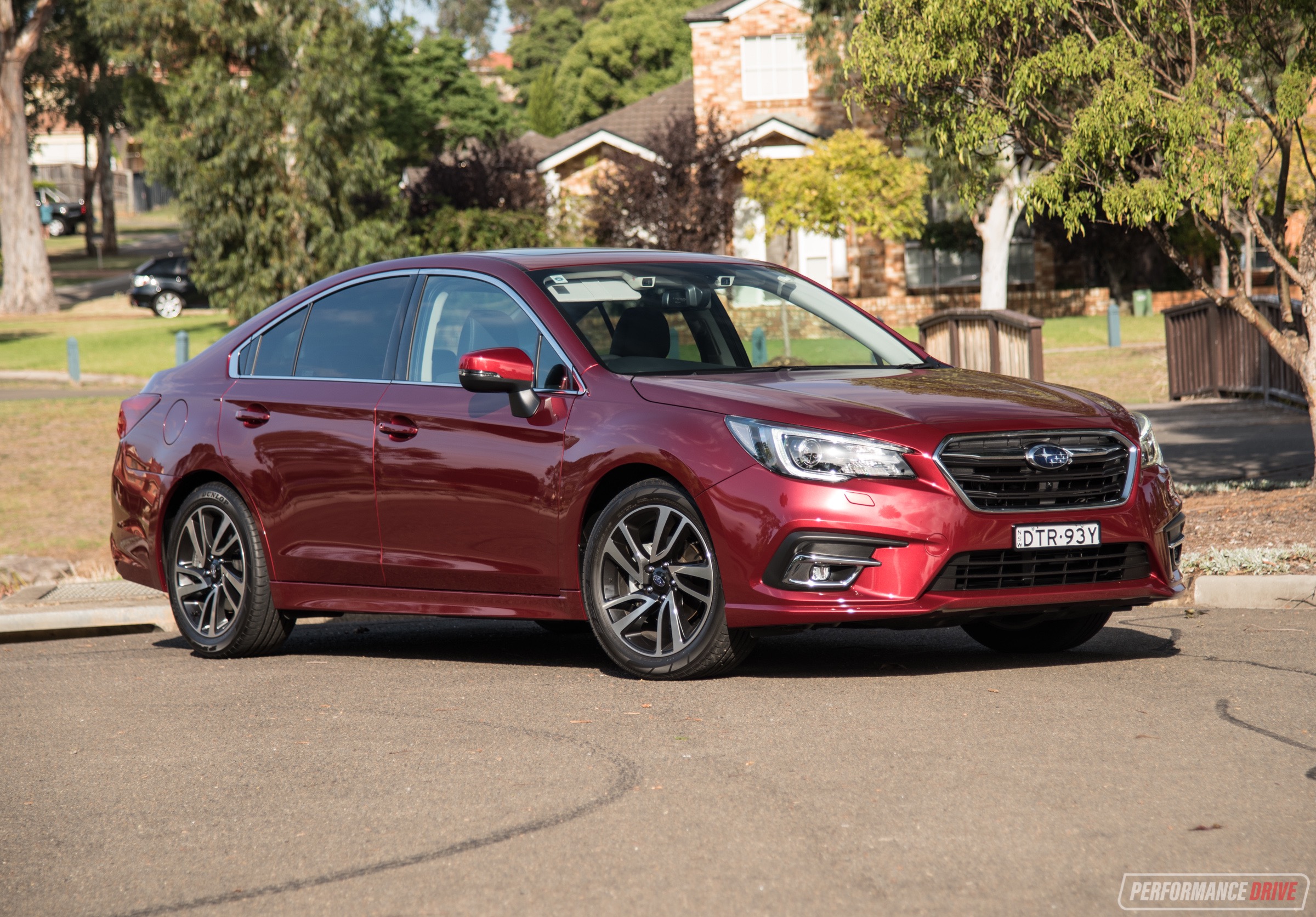 Subaru says its latest Liberty is perfect for both safety-conscious families and those looking to trade up from a WRX. Is that just marketing rubbish or is Subaru actually on to something here? We took the recently updated 2.5i Premium model for a quick spin to find out. 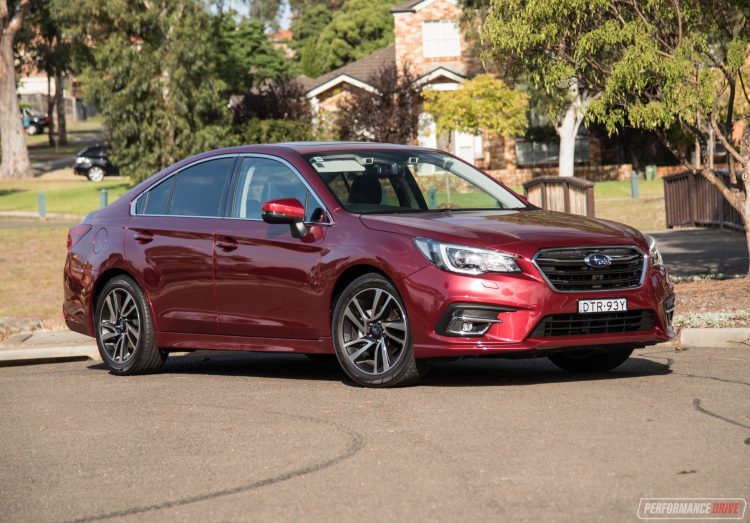 Prices range from $30,240 to $43,140 for the new range, with our 2.5i Premium model slotting in the middle at $36,640 (plus on roads). There are only three models to choose from and considering the base doesn’t come with leather the Premium is likely to pick up the bulk of sales.

All Subaru Liberty’s receive the full five-star ANCAP safety rating under the latest criteria thanks to active emergency braking being standard across the range. For 2018 the Liberty has received styling tweaks inside and out as well as retuned suspension and further enhancements to the EyeSight system. 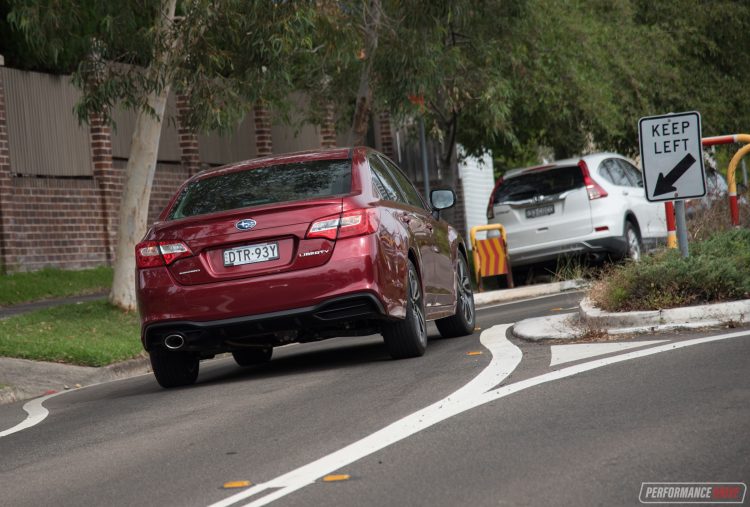 In terms of the vehicle we have on test, we’re well sorted for fancy-pants kit. Up front the Liberty is packing a set of LED headlights that pretty much do it all, from pivoting around corners to constantly adjusting so as to not blind others when using the brights; they really are a cut above the competition. Inside we find a raft of other goodies like a sunroof, keyless-go and an 8.0-inch touch-screen, which to the delight of many internet moaners, is housed inside the dash rather than above it.

Remaining inside, we find a surprisingly large glasshouse with good forward and over-the-shoulder vision. While it is a new vehicle and thus features thick and strong pillars for safety and so on, it offers some of the clearest views in this segment. Slightly more exciting than panes of glass though is the all-new steering wheel. It is chunky and comfortable with all the on-wheel media, cruise and telephony controls that you’ve come to expect form a modern vehicle.

Overall, the switchgear feels high quality and long lasting, particularly the HVAC and steering wheel controls. Really, the only letdown are the plastics on the transmission tunnel, which feel a bit cheap, and the general lack of detail around the console that leaves it looking plain without the drive mode selectors we got on past generations. 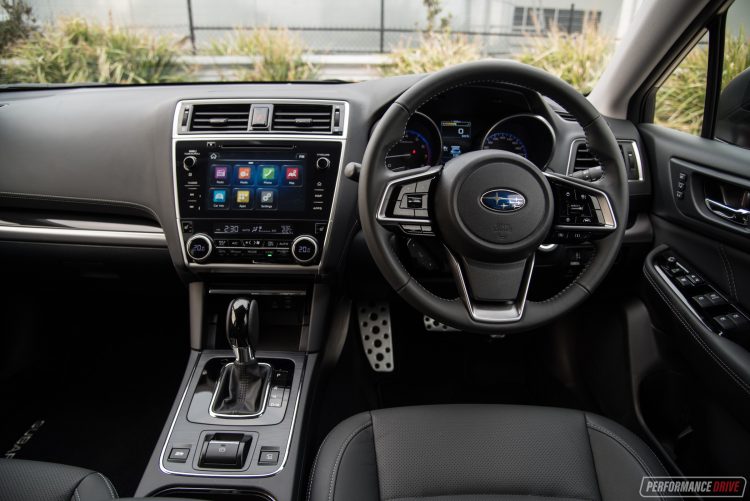 When it comes to storage, there’s the compartment formally known as the ashtray which has been repurposed with AUX, USB and 12V ports to serve societies’ new addiction to smartphones. There’s a well-sized centre console and glovebox compartment for larger items and the boot comes in at 493L.

New for 2018 is the dark metallic Crimson red colour as featured on this example. While probably not to everyone’s tastes, it is at least something different and looks great at night. Exterior styling is a personal preference as well, but we like the angular ‘mature-WRX’ look that the Liberty presents. Especially on this premium model with the aforementioned LED headlights.

The six-speaker stereo fitted on the 2.5i Premium is the same as on the base car; considering this is the upgraded model (and the Premium) we would have liked to see at least a basic subwoofer fitted under one of the seats, or a couple more speakers. Such a stereo is reserved for the flagship 3.6R only, with 12 speakers and a sub.

Pairing and connecting a mobile to the car is easy, and the audio quality over Bluetooth is not noticeably different than using an AUX cable. The GPS navigation, exclusive to the Premium and up, is easy to follow on screen, but you can’t stop the voice directions from interrupting your music and it will interrupt your tunes with silence should you set its speaking volume to zero.

Active safety is where the Liberty really shines over its rivals in the segment. When it comes to integration into the driving experience, EyeSight is class leading. We found it less intrusive and easier to live with than the cacophony of chimes and flashing lights you get in some more expensive vehicles.

With the addition of Lane Keeping Assistant the Liberty is almost an SAE Level 2 autonomous vehicle. Your mates will give you a bit of flak for the CVT, so it’s good to have that ace up your sleeve for pub arguments. More importantly, it’s good for helping you avoid accidents, and should help keep your insurance costs down too. 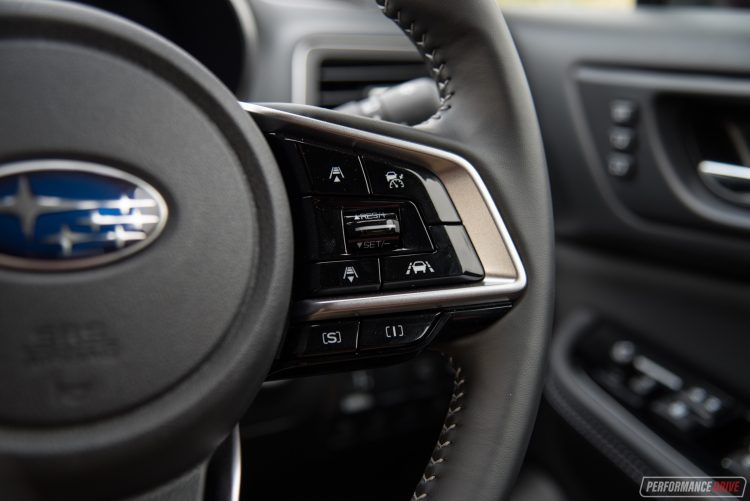 If you had to pick one task for the Subaru Liberty to excel at as a vehicle it would be handling your everyday commute and traffic worries. Considering that, we tested this car in Sydney’s worst traffic so you don’t have to; the vehicle’s glasshouse, large mirrors and combination of EyeSight and blind-spot warning make safely picking gaps and moving through traffic more relaxing than in some rivals.

This may come as a surprise but the CVT does have some merit in giving the Liberty 2.5i a peppy character at low speeds, assisting with quickly repositioning the vehicle in traffic. However, as with all CVTs there can be lags in moving off after bringing the vehicle to a very sudden stop from high speeds, or when changing from reverse to drive.

For those of us with higher speed or motorway dominated commutes you’ll find the Liberty does have an American/relaxed feel to its handling, but this is tempered by the immense grip of all-wheel drive. It’s worth noting that this floaty feel translates into greater driver and passenger comfort on long drives with it soaking up all but the largest and sharpest of motorway bumps.

When it comes to day-to-day performance the 129kW/235Nm four-cylinder boxer is more than up for the task, with the CVT working its magic to help it provide decent go even at motorway speeds. The only real negative is the official average fuel consumption, which at 7.3L/100km, is amongst the highest in its class. Some of this can be offset and excused as the Liberty is one of the only all-wheel drive models in the class.

Low wind noise and tyre roar give it a refined and premium edge against some rivals  – likely influenced by the Liberty being historically a semi-premium offering (in 2007 a 2.5i Premium Auto cost $54,790 in today’s money), and the highly loyal customer base. While we’re on the subject of Subaru’s past it’s worth mentioning the sporting performance of the Liberty. The old gen three and four models could deliver genuine driving pleasure, when fitted with a self-shifter at least. So how does this sixth-gen compare? 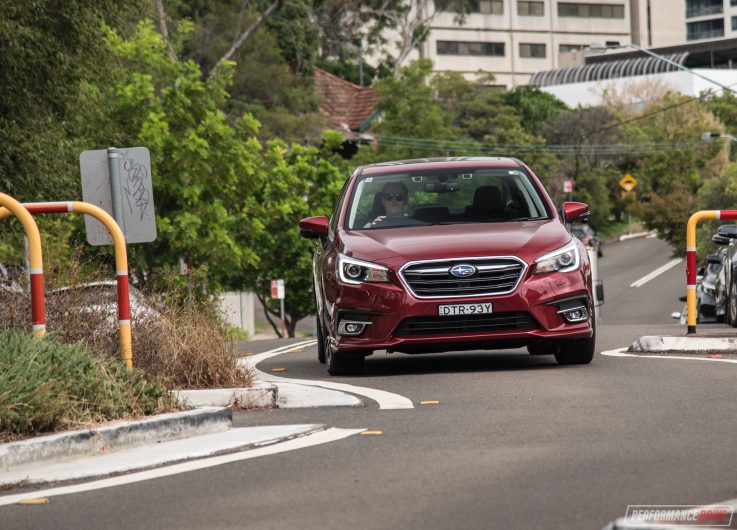 Well, surprisingly good. Yes, the brake feel is a little numb and the steering has lost some of its purity from past models. But, you can dial in more speed or lock at almost any point in the corner and the Liberty will take it in its stride, returning less understeer – common in older Subaru vehicles. The brakes, too, despite the lack of feel, hold on strong for sustained heavy use.

We would love to see the Liberty offered with a manual transmission as the CVT has a tendency to leave you in completely the wrong ratio at corner exit. Thankfully, at least you do get wheel-mounted paddle shifters and you might be surprised to find the Liberty doesn’t tend to upshift automatically; it holds the same artificial gear between 4000-5500rpm for long stretches.

The soft suspension and floaty ride is not ideal for sports driving but it does provide some entertainment in the bends. A skilled driver will be able to use the weight transfer to their advantage to make the most of the available grip. Drivers coming from a WRX won’t be bowled over by the performance, but they won’t be bored either.

All in all, the Subaru Liberty is a solid proposition for any private buyer looking to buck the trend of buying a medium SUV. For most, the fuel consumption is going to be the only significant downside, with the CVT on the whole being a good transmission for most situations with a stronger record for reliability than most vehicles blessed with a CVT.

Safety is where the Liberty really shines, not just the impressive headlights, but the whole package. From the inherent all-weather safety of AWD to the class-leading EyeSight system, the Subaru Liberty punches well above its price tag.

CONS:
– No manual option; boring CVT only
– Fuel economy (for this class) 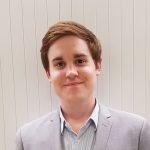 James was the marketing coordinator at Performance Drive. He loves traditional technology and anything with an internal combustion engine, and also likes motorcycles. As a former car salesman, James has extensive automotive experience and enjoys the business side of the industry.

Subaru Australia has confirmed the order books for the MY2023 BRZ are now open, following an initial allocation of 500...